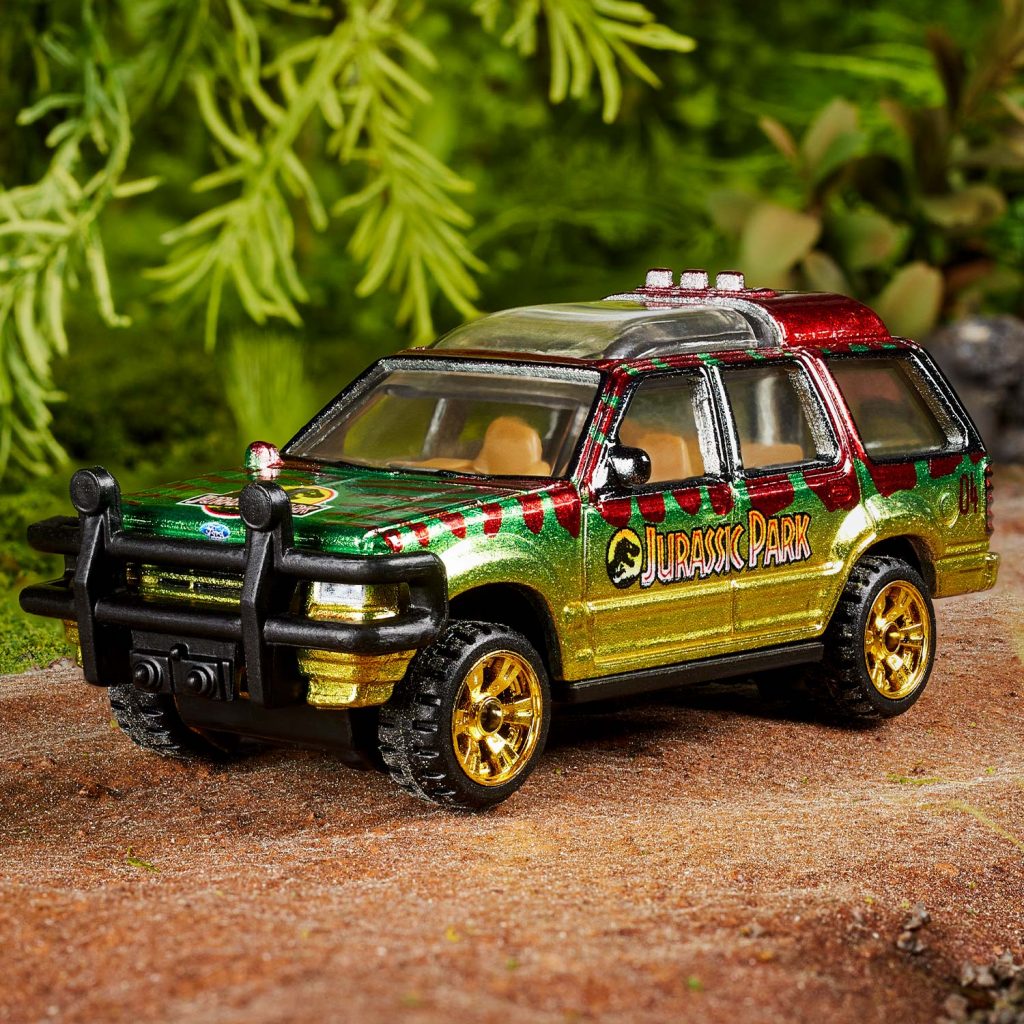 The 1993 Ford Explorer from the original Jurassic Park movie is one of the more iconic big screen vehicles in history, one that’s inspired the creation of numerous replicas from fans over the years, as well as a pair of limited-edition shoes, to boot. Now, fans of the movie and the 1993 Ford Explorer that was in it will soon be able to purchase a special, premium die-cast replica from the Matchbox Collectors Series, following similar recent offerings including not just one, but two 1962 Ford F-100 pickups, the Ford Mustang Mach-E 1400 racer, the Ford Mustang Boss Hoss, and the 1967 Mustang She Country Special. 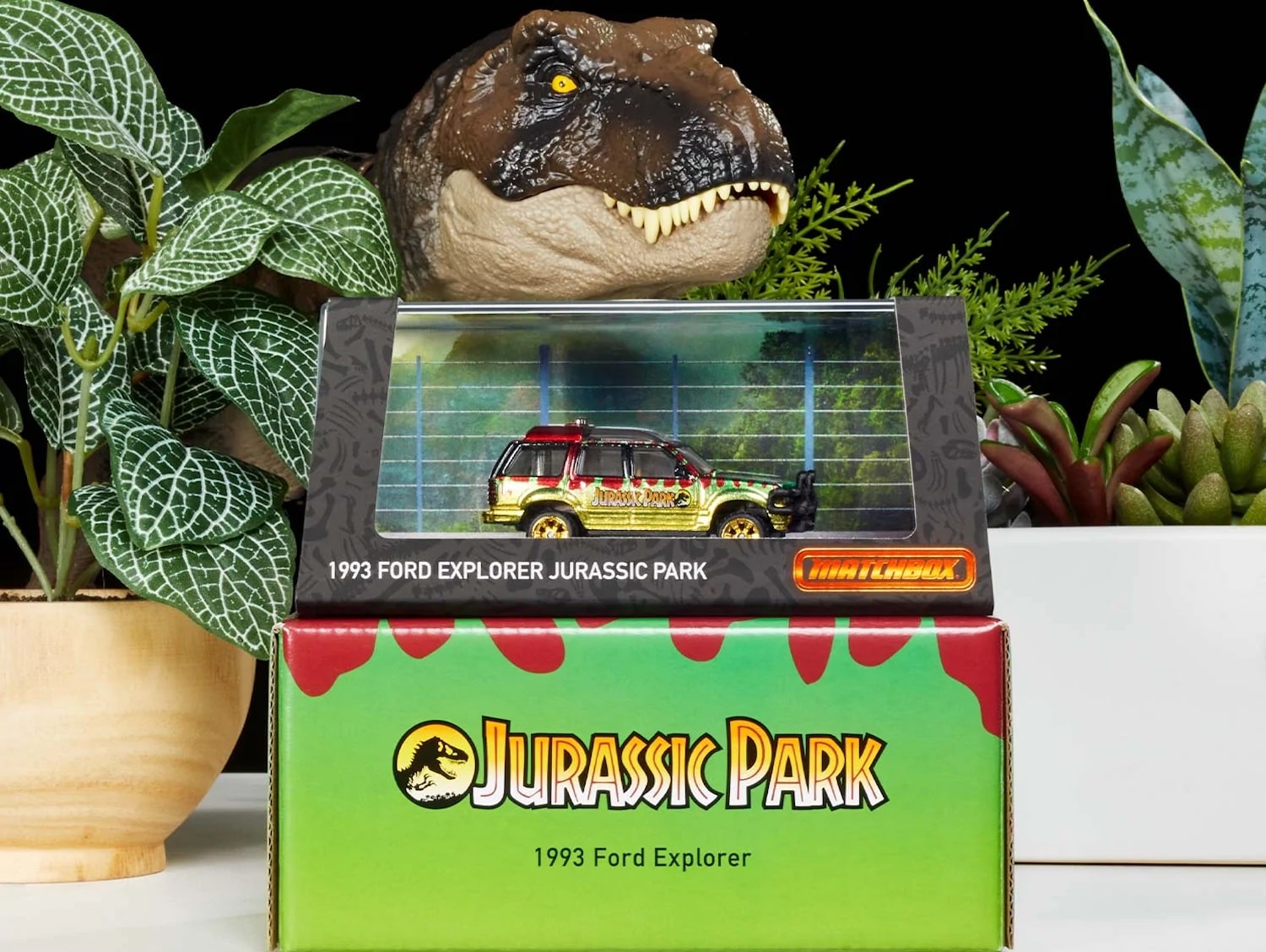 This 1993 Ford Explorer 1:64 scale die-cast model is incredibly faithful to the original movie utility, with all of the correct details present including its green, yellow, and dark red livery, Jurassic Park decals, six-spoke wheels with yellow VUM hubs, “04” decals, a brush guard, off-road lighting, and a clear roof, which let visitors to the park see the T-Rex that was coming after them. 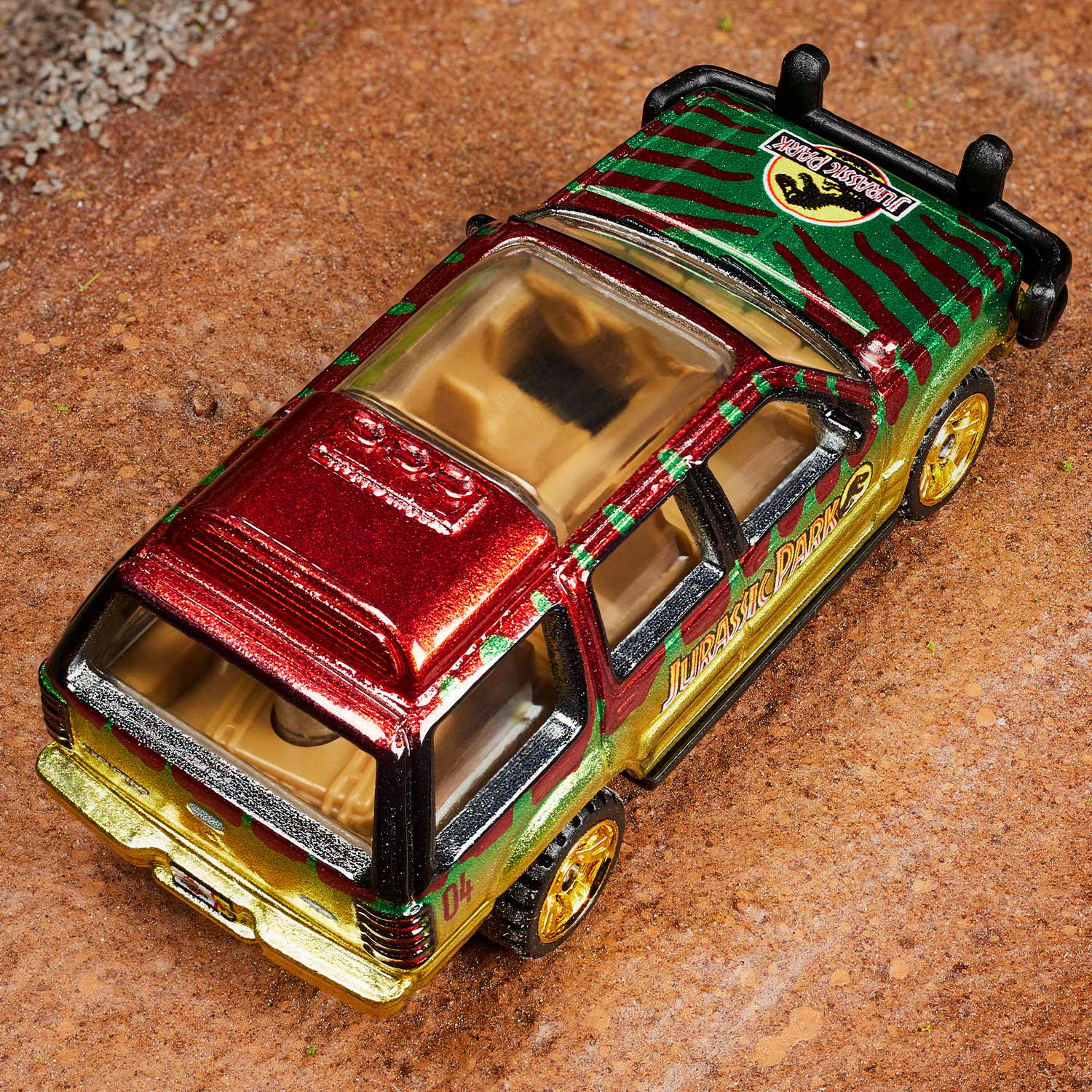 The special Matchbox Explorer comes in an acrylic case with a terrain-molded base and T-Rex paddock-themed background, helping conjure up memories of some truly iconic scenes from the film, which became the highest-grossing movie of 1993 while also setting an all-time record in that regard. 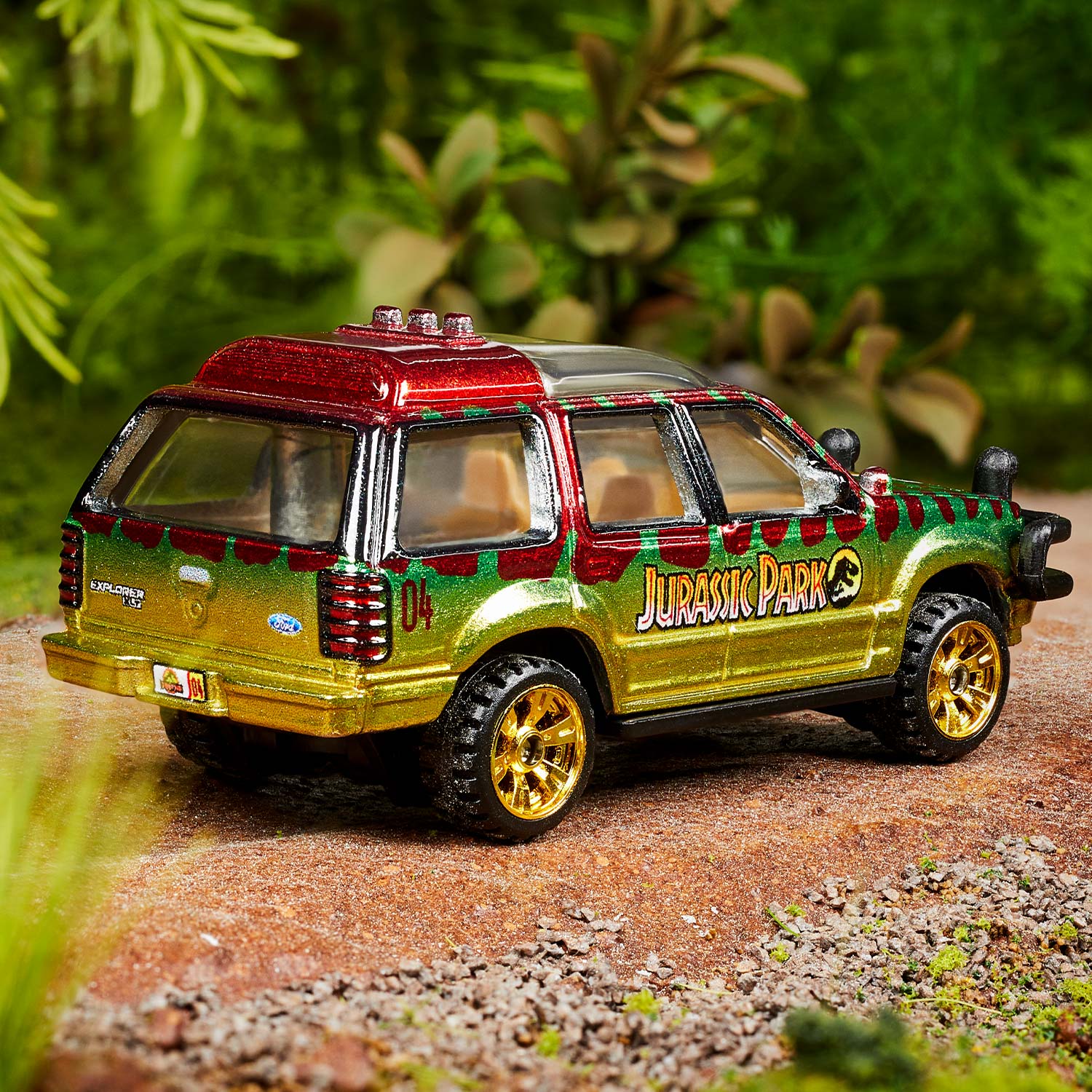 This special die-cast will be available to purchase tomorrow, August 23rd at 9am PST for the retail price of $25, plus shipping. There are no limits on this particular offering, so fans can purchase as many as they wish, so long as the highly-popular model doesn’t sell out in a flash, that is. Given how popular Jurassic Park and its signature vehicle remain to this day, we wouldn’t be surprised to see that happen, either.

We’ll have more cool Blue Oval die-cast models to share soon, so be sure and subscribe to Ford Authority for more Ford Explorer news and non-stop Ford news coverage.