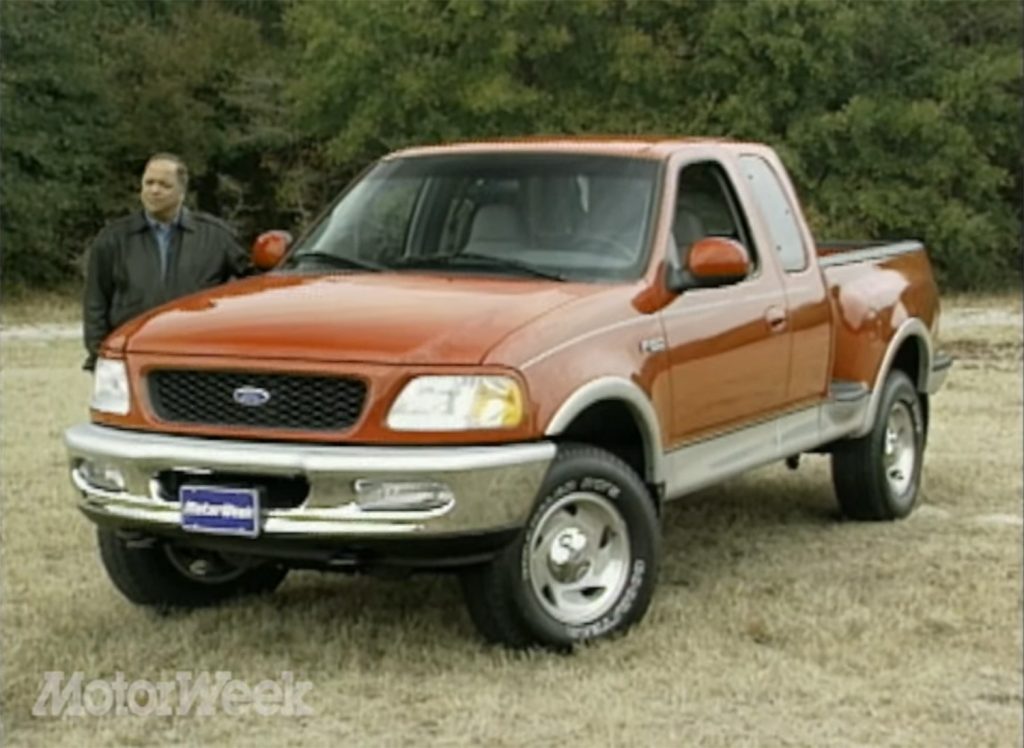 MotorWeek often digs into its archives for its Retro Review segment, bringing back video reviews of classic cars from years past for the modern viewer to enjoy. As Ford Authority previously detailed, The publication has taken a retrospective look at vehicles like the 2002 Ford Thunderbird, the 2002 Ford Focus, the 1997 Ford Expedition and even a broad view of The Blue Oval’s lineup for the 1990 model year. Most recently, MotorWeek’s Retro Review series brought back its bumper-to-bumper review of the 1997 Ford F-150, a game changer in Ford history. 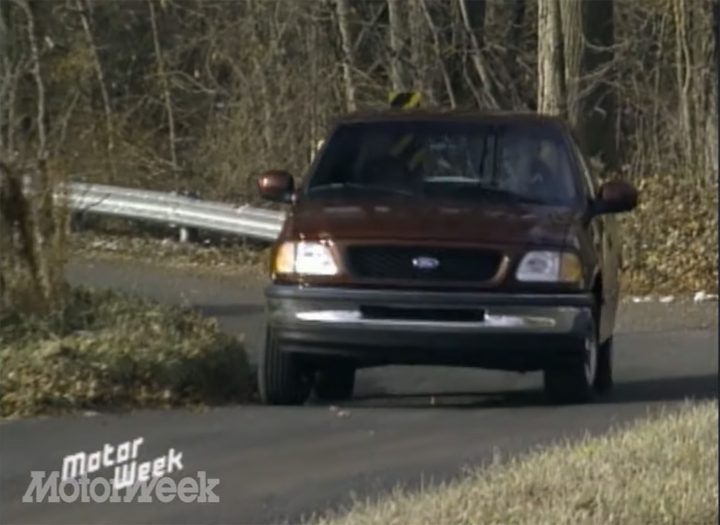 Hosted by John Davis and first aired on February 7th, 1996, the review sings the praises of the 1997 Ford F-150, which introduced the best-selling pickup’s all-new 10th generation to consumers. “The F-150 has led America’s love affair with trucks,” Davis says. He notes that The Blue Oval was at a crossroads with the new generation, as many consumers were pleased with the ninth-generation pickup, and why fix something that isn’t broken? However, the 1997 Ford F-150 was designed to attract family buyers.

The 1997 F-150 introduced more “car-like handling,” along with myriad safety features and creature comforts. The shape was made smoother and more aerodynamic, reducing cabin noise and improving fuel economy. 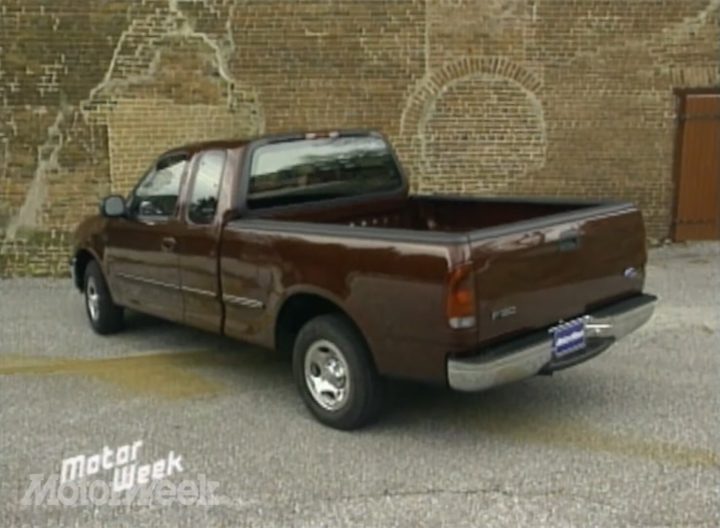 All-new powerplants were also introduced, including Ford’s 4.2L V-6 engine, or optional 4.6L V8 engine for improved acceleration and towing capabilities. “It only takes a few moments in the F-150 to realize this is not the normal slow-reacting full-size pickup,” Davis says, citing the pickup’s improved visibility and handling response, even on sand.

Inside, the 1997 Ford F-150 sports higher seating for better visibility while driving. A large center armrest with integrated cupholders was available to provide quite a bit of storage. SuperCab models featured an expanded cab, allowing for ease of entrance and egress from the full-size pickup, and the second-row seat bottoms were able to be folded completely flat to expand storage space inside the pickup.

MotorWeek even named the new 1997 Ford F-150 as its Driver’s Choice Best Pickup Truck of the Year. Today, in retrospect, the all-new 10th-generation F-150 holds up well, and can still be seen out on the road. Now that it’s reached the 25-year-old mark, the 1997 F-150 can be officially considered a classic.

We’ll have more cool videos like this to share soon, so be sure and subscribe to Ford Authority for more Ford F-Series news, Ford F-150 news and around-the-clock Ford news coverage.

Ford Blue Advantage Expected To Pull In Significant Numbers In 2022