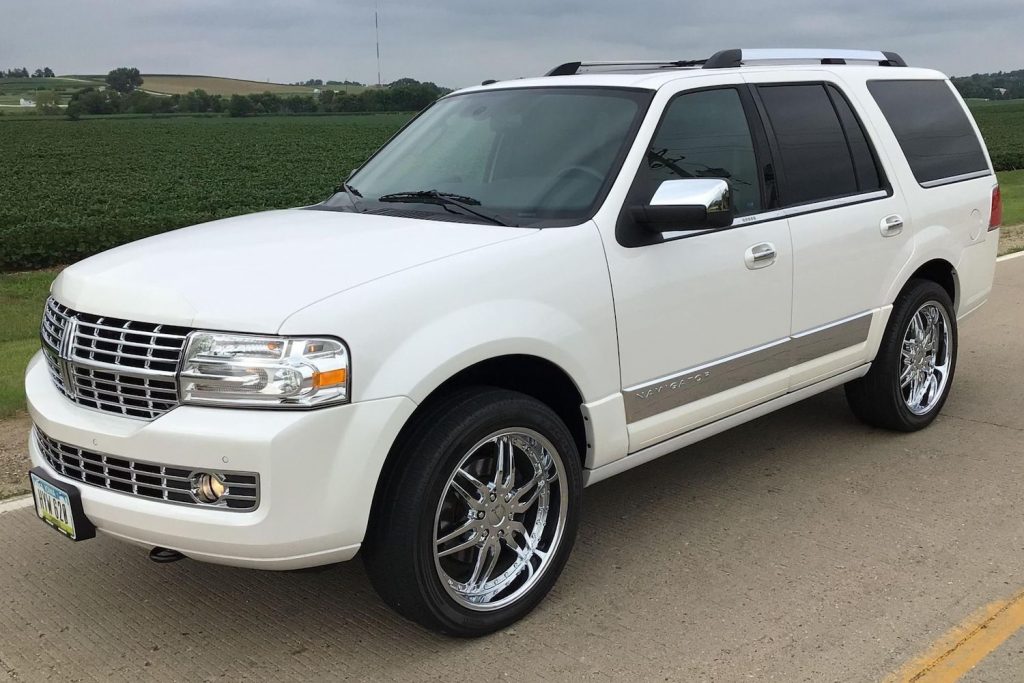 The Lincoln Navigator isn’t what most would consider a collector’s item of any sort – at least for now, even though the full-size luxury SUV has been on sale for decades at this point. Regardless, it isn’t often that we come across low-mile examples of the Navigator, as most folks simply tend to drive and use them. That makes this particular 2011 Lincoln Navigator – which is currently up for grabs at Cars and Bids – a bit more special than most, since it has a mere 6,100 original miles showing on the odometer. 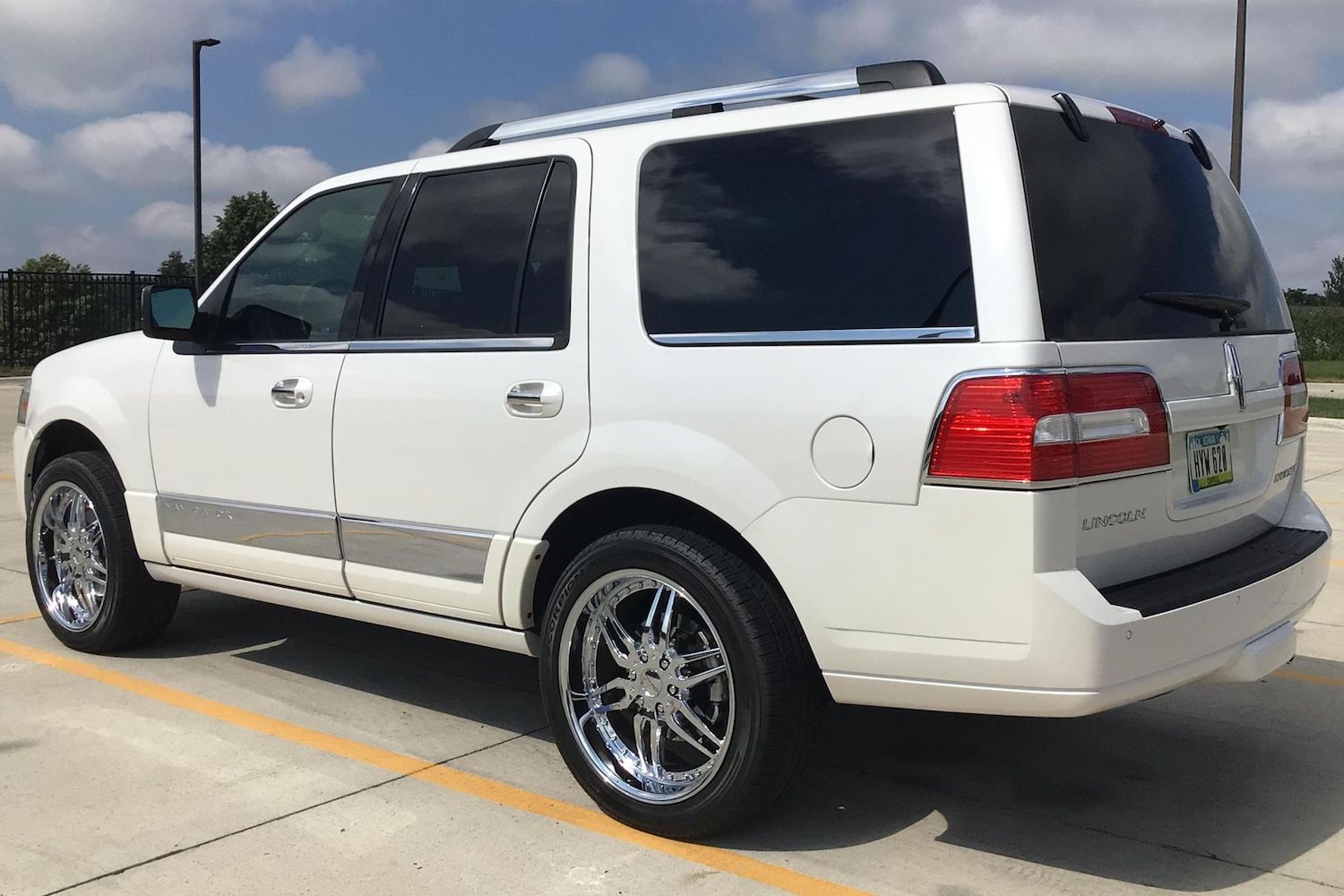 A true one-owner vehicle, this 2011 Lincoln Navigator is finished in White Platinum Metallic Tri-Coat, and it looks outstanding in spite of its age, thanks to the low mileage total and some tender loving care. With an original MSRP of $63,465, it’s also well equipped, with a bevy of exterior features including power running boards, rain-sensing wipers, a moonroof, and HID headlights, along with a set of 22-inch Giovanna wheels. There are a few paint chips, but otherwise, the exterior of this utility is in fantastic shape. 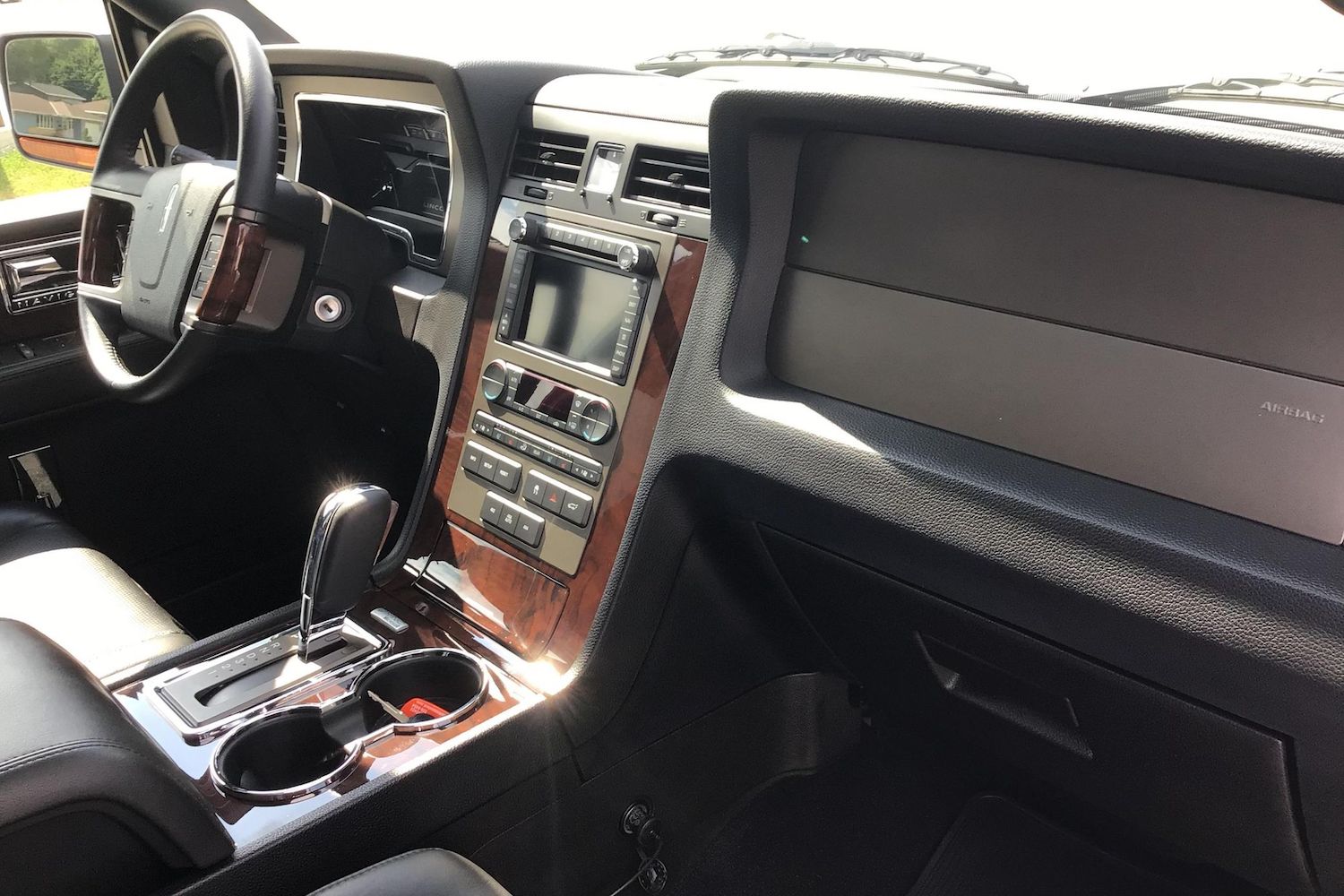 The same goes for the interior, which is finished in black leather and has all the luxurious amenities one would expect from a Navigator, including heated and cooled front seats, heated second-row seats, a power-folding third row, a memory driver’s seat, mirrors, pedals, and steering column, power adjustable pedals, second-row audio and climate controls, Walnut Swirl wood trim, and a THX II 14-speaker audio system. 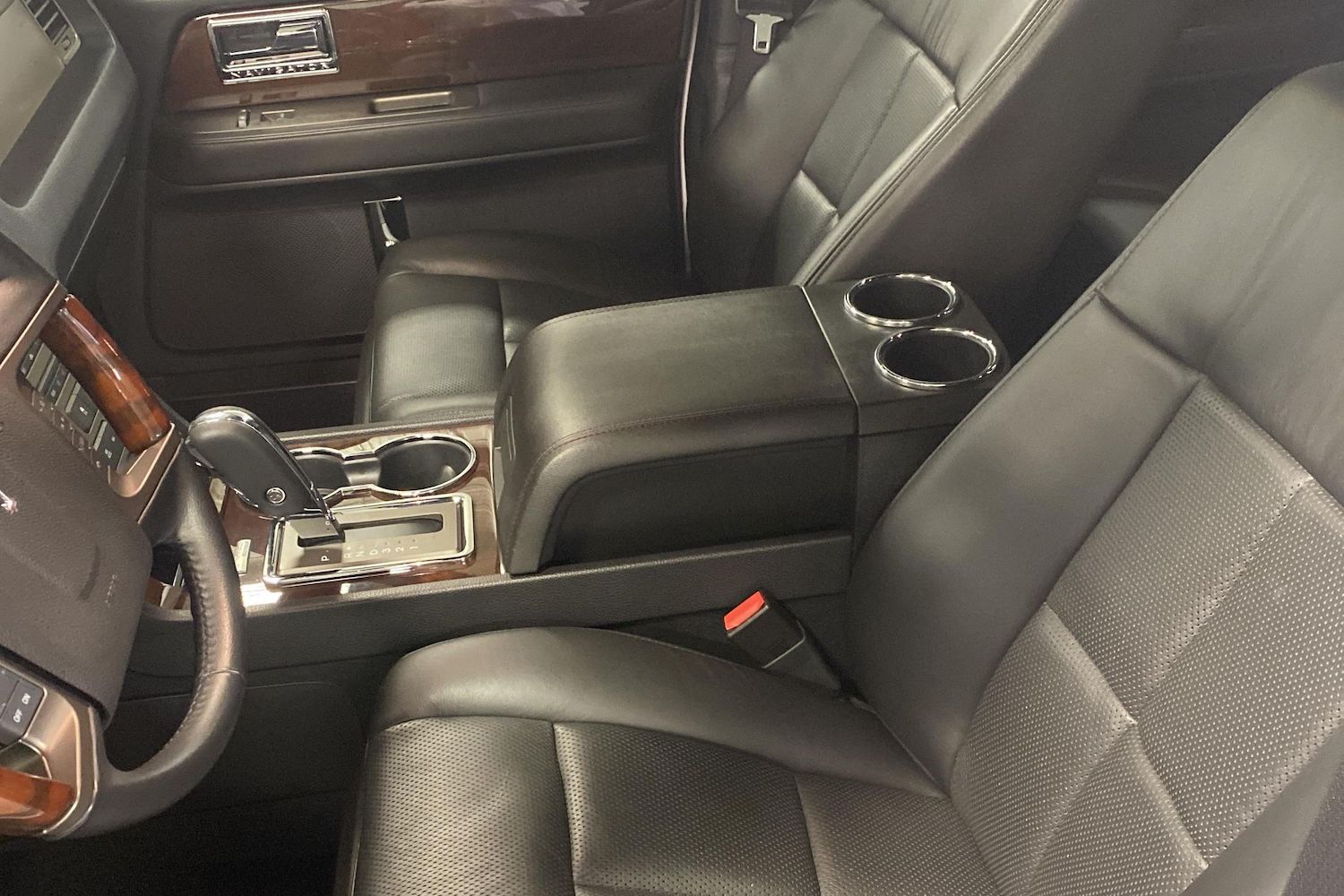 There is some obvious wear, such as the driver’s side seat bolster and some indentations in the third row seat, but nothing too major by anyone’s standards. Otherwise, for such a low-mile, 10+ year-old vehicle, it’s in pretty amazing condition, and the bids thus far reflect that. As of this writing, bidding has already reached $22,000 with a full six days to go, which is impressive for a vehicle that won’t exactly catch the eye of any budding collector.

We’ll have more cool auction finds like this to share soon, so be sure and subscribe to Ford Authority for more Lincoln news, Lincoln Navigator news, and ongoing Ford news coverage.