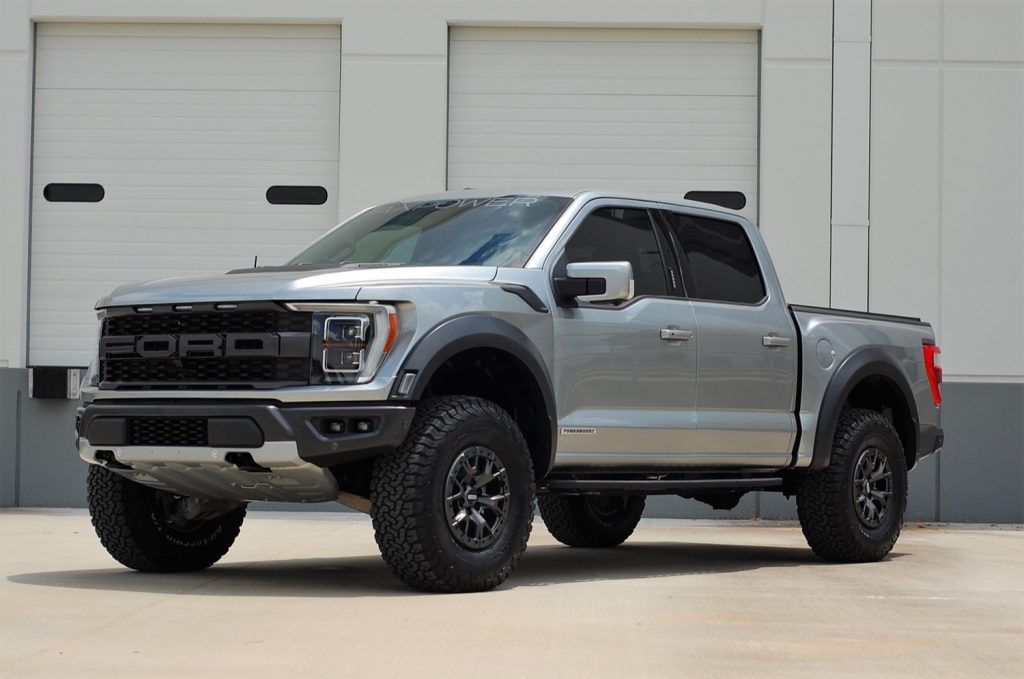 Ever since the second-generation Ford F-150 Raptor ditched V8 power in favor of the twin-turbocharged Ford 3.5L V6 EcoBoost engine, those seeking a hardcore Blue Oval off-road pickup have been forced to turn to the aftermarket to get that particular combination. Companies like Roush and Shelby American build their own versions of more off-road-capable, V8-powered Raptor alternatives, but PaxPower has been offering comprehensive Ford Ranger Raptor and Ford F-150 Raptor conversions for a while, too. Now, PaxPower has debuted its new 2021-2023 Ford F-150 Raptor conversion for fans of the latest generation of the venerable pickup. 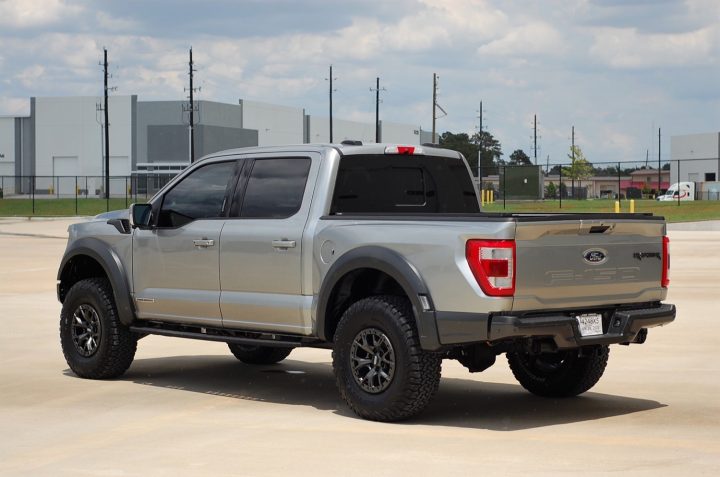 Of course, one could just go out and buy a Ford F-150 Raptor R, which comes equipped with the supercharged Ford 5.2L V8 Predator powerplant, but that pickup will be difficult to get one’s hands on given its limited availability, $109k price tag, and inevitable dealer markups. That makes the PaxPower 2021-2023 Ford F-150 Raptor conversion pretty attractive, particularly since customers can start out with any F-150 model – so long as it’s a SuperCrew with four-wheel drive and a 5.5-foot bed. Any powertrain can be used as well, though we’d obviously opt for the Ford 5.0L V8 Coyote. 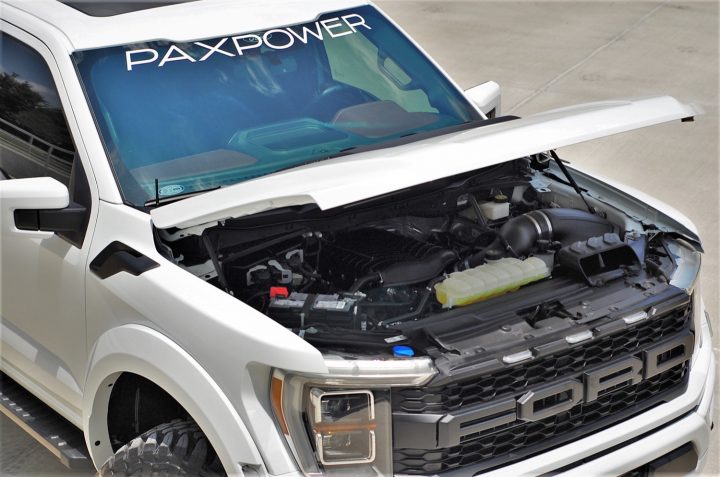 From there, PaxPower removes the stock bodywork and replaces it with OEM F-150 Raptor Gen 3 panels, bumpers, skid plates, and trim pieces, which can be finished in black, gray, or body color. Underneath, PaxPower’s standard configuration adds all of the requisite Gen 2 suspension upgrades, and it is also able to give the truck Fox shocks with Live Valve technology, or various other aftermarket upgrades if so desired. 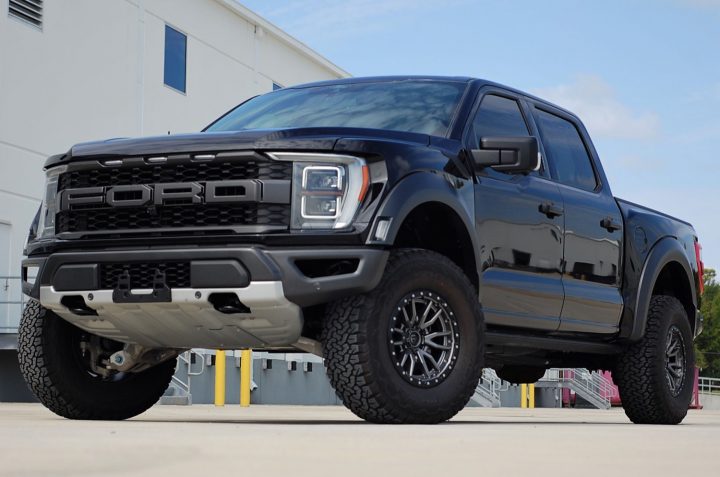 For those that go with the Coyote, PaxPower offers a Whipple supercharger upgrade that extracts 775 Raptor R-beating horsepower from that powerplant. Another benefit is that the company can also build these Raptor conversions with BlueCruise, which isn’t available on the OEM Raptor at the moment. Many more custom options are available, with pricing ranging from $45,000-$75,000 sans the donor truck, depending on trim and options, with the finished product landing at around $90,000 for regular models and $100k for supercharged examples.

We’ll have more on aftermarket builds like this soon, so be sure and subscribe to Ford Authority for the latest Ford F-Series news, Ford F-150 news, Ford F-150 Raptor news, and continuous Ford news coverage.