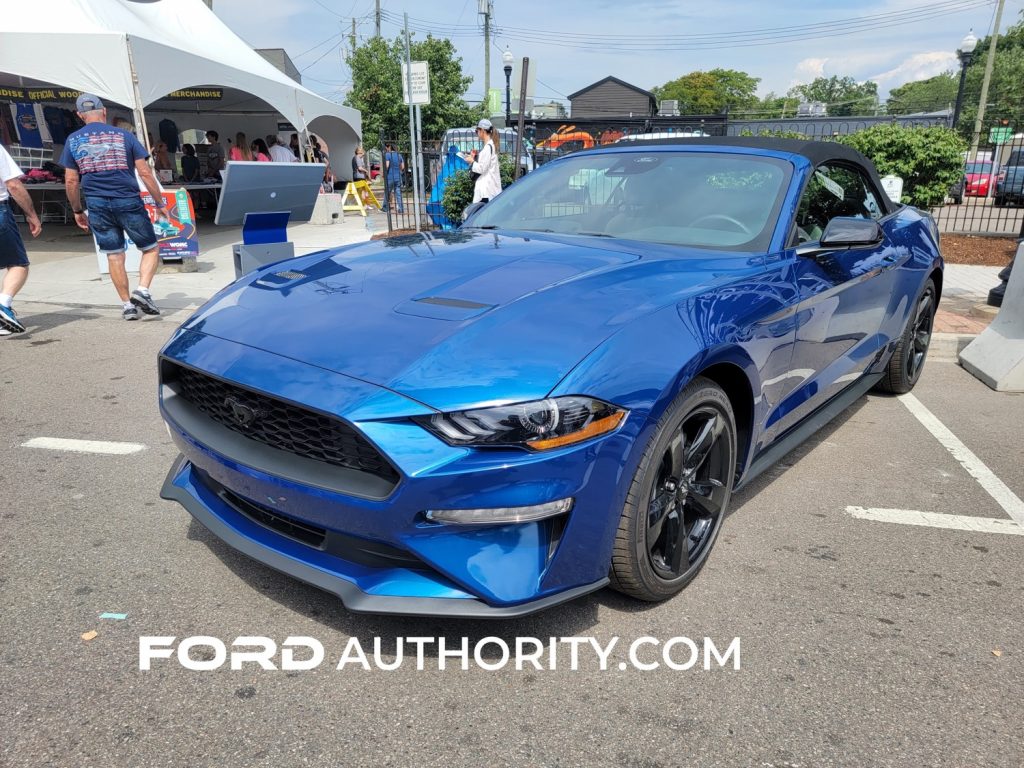 Following the launch of the Ice White Edition Appearance Package for the 2022 Ford Mustang and Ford Mustang Mach-E, FoMoCo leaned on fans to come up with a name for a new black appearance package for the pony car duo. Photos of the all-new 2023 Ford Mustang Nite Pony Package were released and its name was confirmed last Friday, while it was officially revealed later that same day. Now, Ford Authority has photos of a very similar 2022 Ford Mustang convertible equipped with the Black Accent Package, which is largely the same as the new Nite Pony Package outside of its new name. 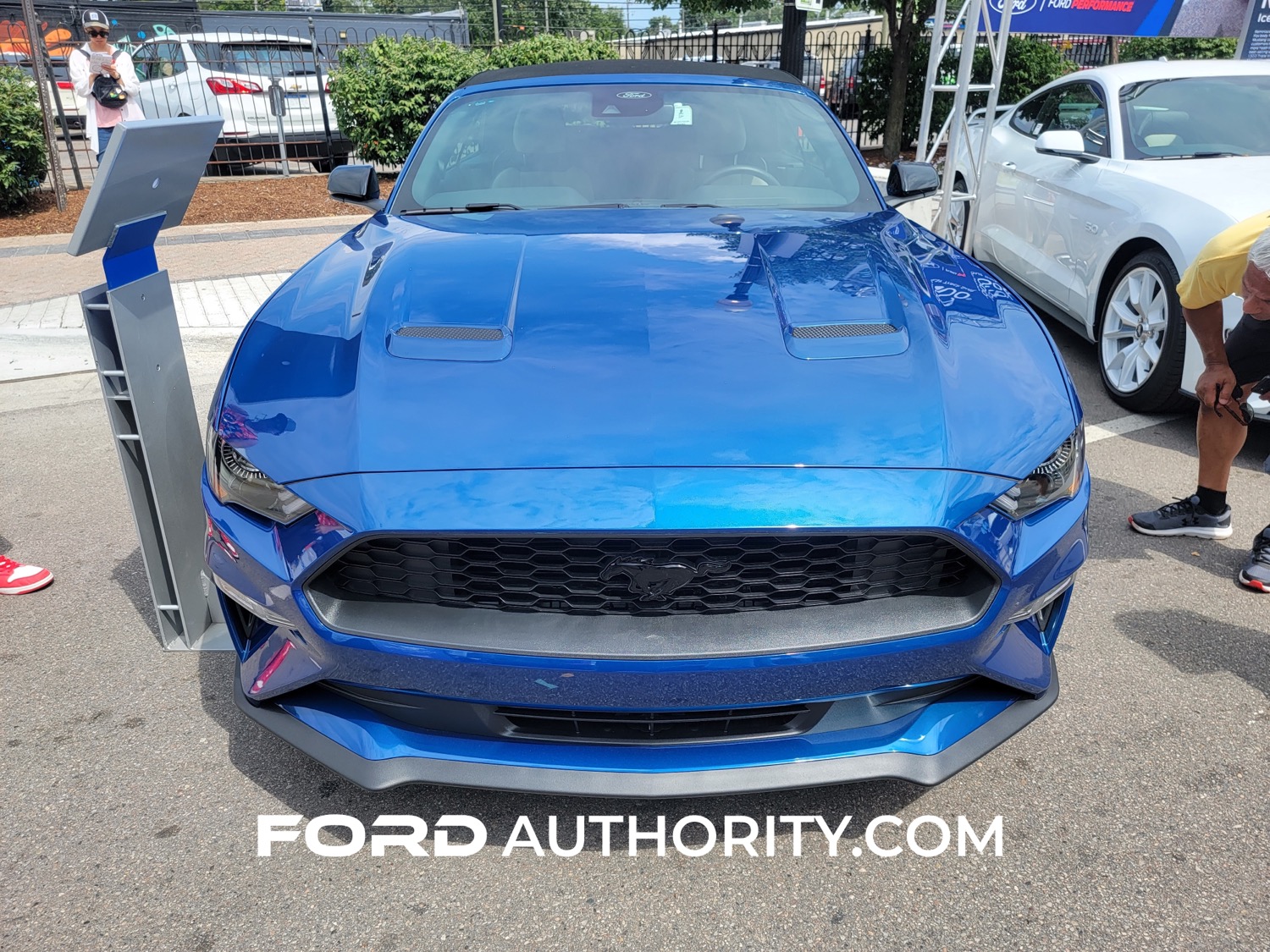 This 2022 Ford Mustang convertible with the Black Accent Package is notable because FoMoCo didn’t provide any photos of the drop-top Nite Pony variant during its official unveiling, though these photos give us a good idea of what to expect. Finished in Atlas Blue paint, this 2023 Ford Mustang convertible features a host of black accents that give it a stealthier look, too. 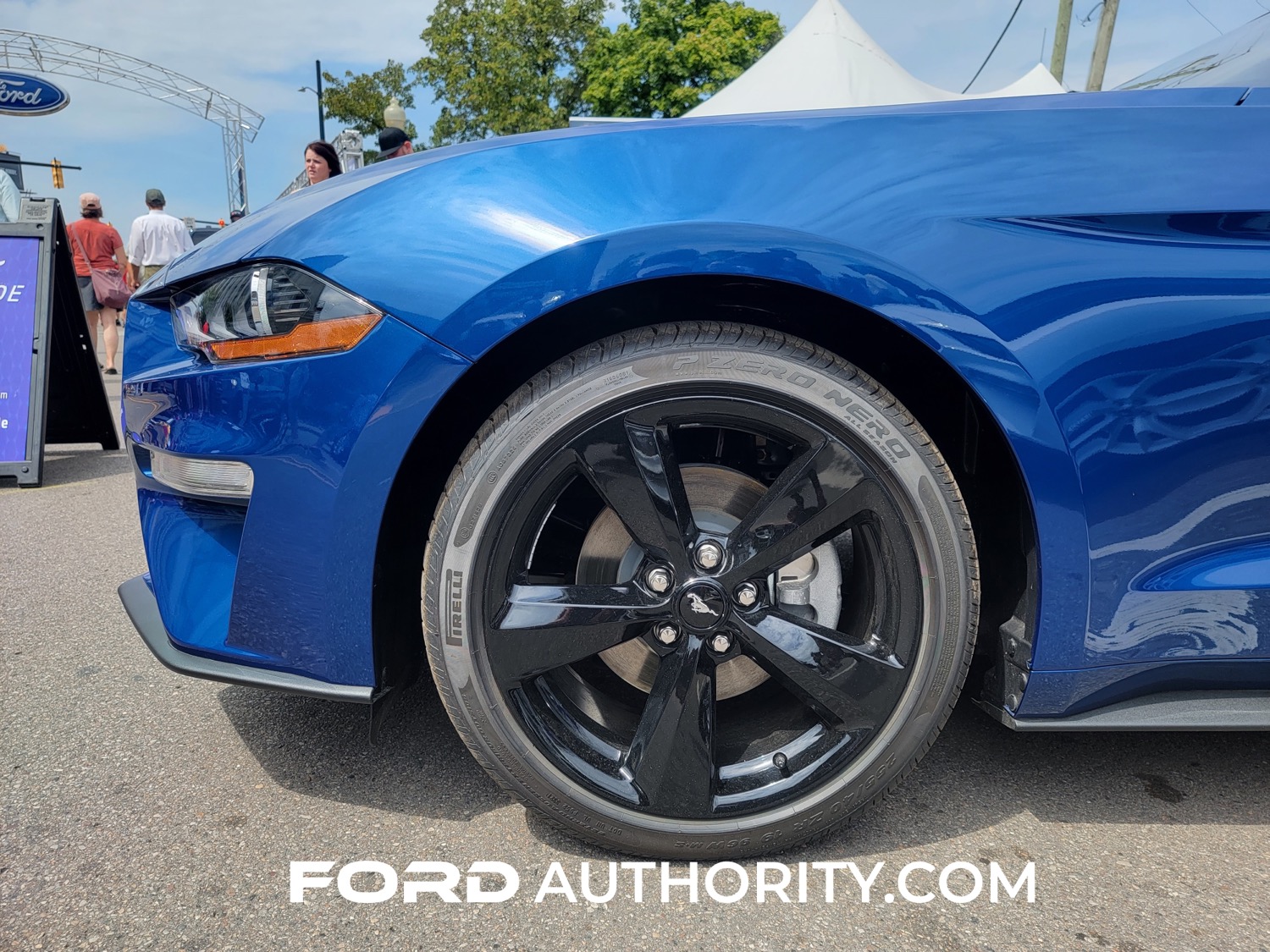 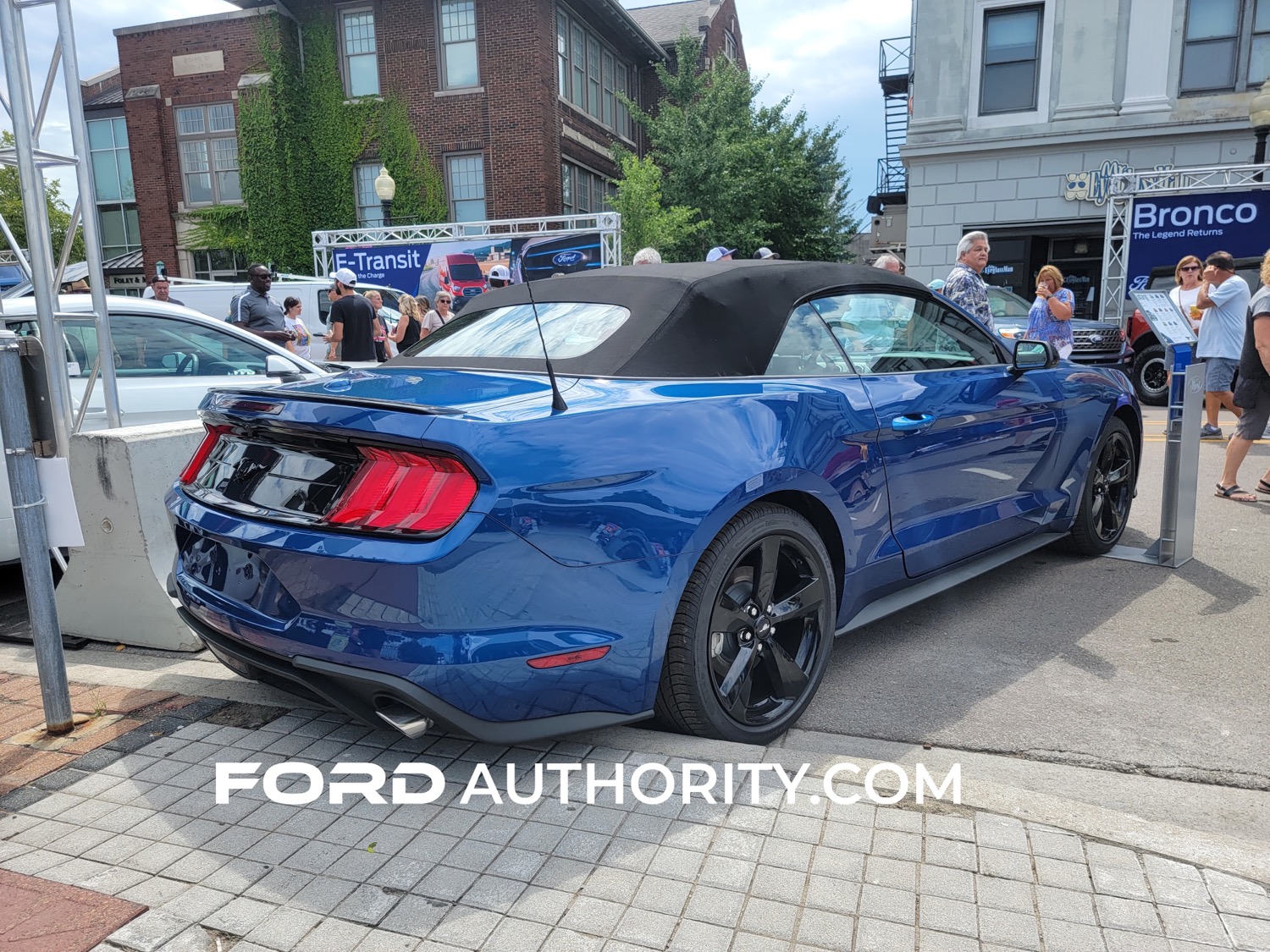 Coincidentally, those are precisely the exact same updates contained in the Nite Pony Package, though Ford hasn’t released details regarding what differentiates the convertible from the coupe, if anything (other than its roof). Ford also hasn’t announced availability or pricing for the 2023 Mustang Nite Pony Package yet, but that information should be available closer to its launch. However, in addition to being available on the ICE Mustang coupe and convertible, the Nite Pony Package is also optional on Ford Mustang Mach-E extended-range Premium and GT Performance Edition models.

We’ll have more on all of Ford’s appearance packages soon, so be sure and subscribe to Ford Authority for more Ford Mustang news, Mustang Mach-E news, and 24/7 Ford news coverage. 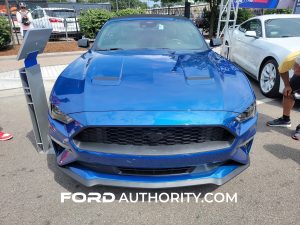 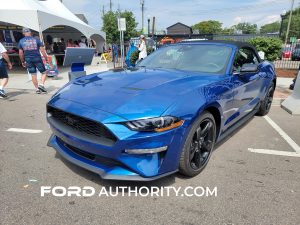 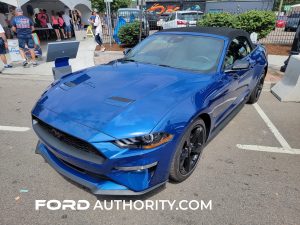 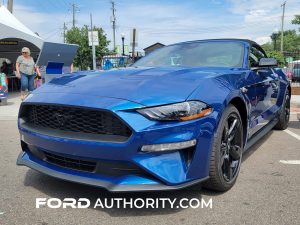 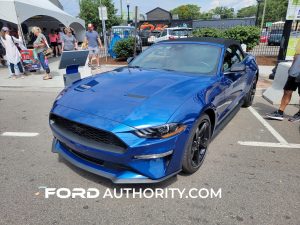 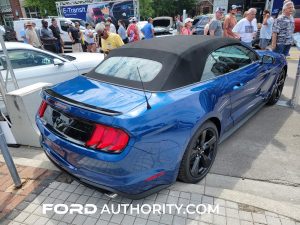 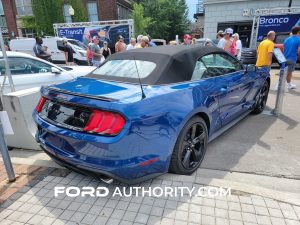 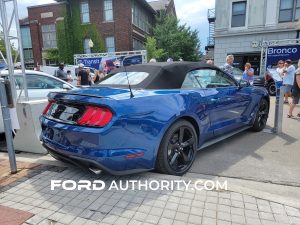 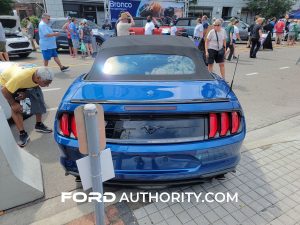 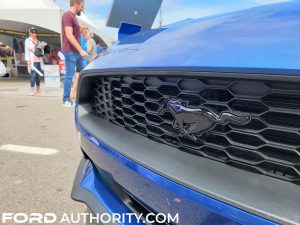 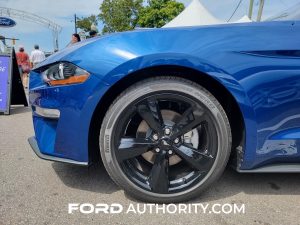 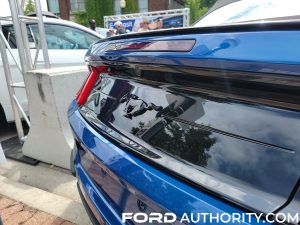