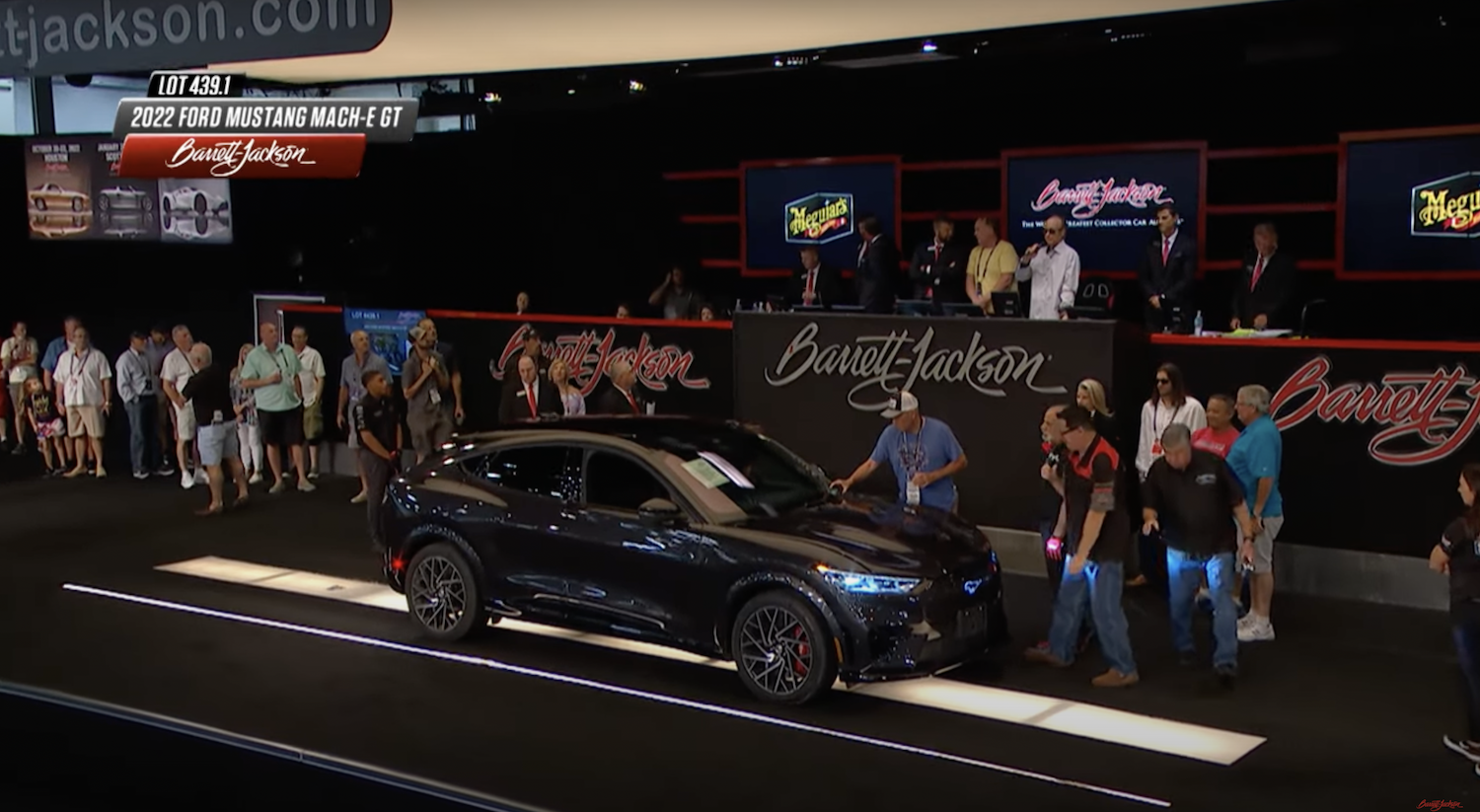 The Ford Mustang Mach-E has remained in short supply and high demand since its launch, and was one of the fastest-selling used vehicles in June as those seeking out the EV crossover have been forced to turn to the used car market. That same demand quickly exceeded The Blue Oval’s production capacity for the 2022 model year, prompting it to stop taking orders for the Mach-E back in April. However, while it’s completely normal to see many vehicles selling for over MSRP these days, a 2022 Ford Mustang Mach-E GT Performance Edition that crossed the block at Barrett-Jackson’s Las Vegas auction raked in an incredible, world record-breaking $113,000 this week. 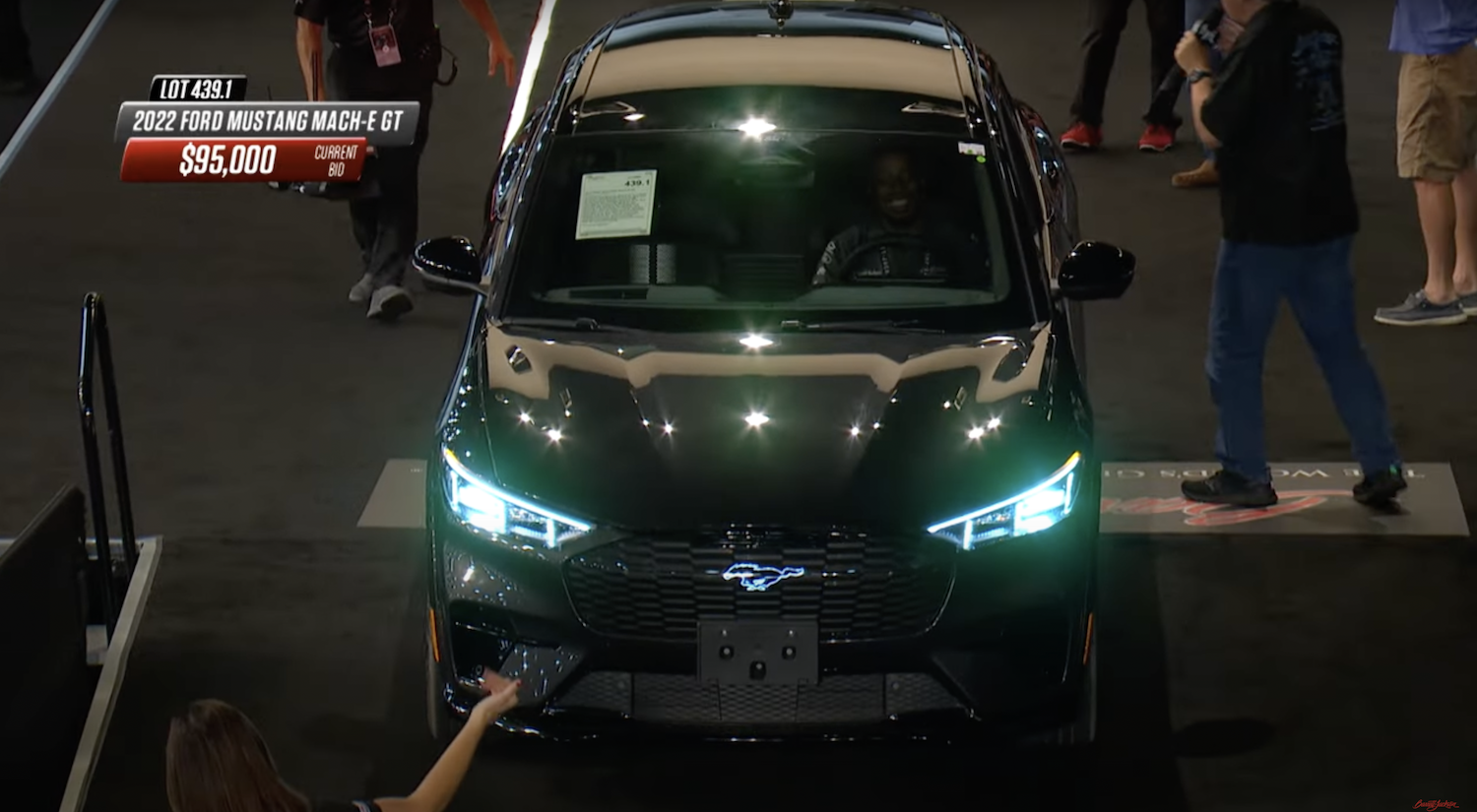 For a vehicle with an original MSRP of $72,735, that’s an impressive feat, particularly since the 2022 Ford Mustang Mach-E GT Performance Edition isn’t quite as rare as some other red-hot all-electric auction offerings out there these days, such as the Ford F-150 Lightning. The Mach-E GT has also been around for a while, and we’ve seen a few sell at auction for more than MSRP – but not this much more, obviously. 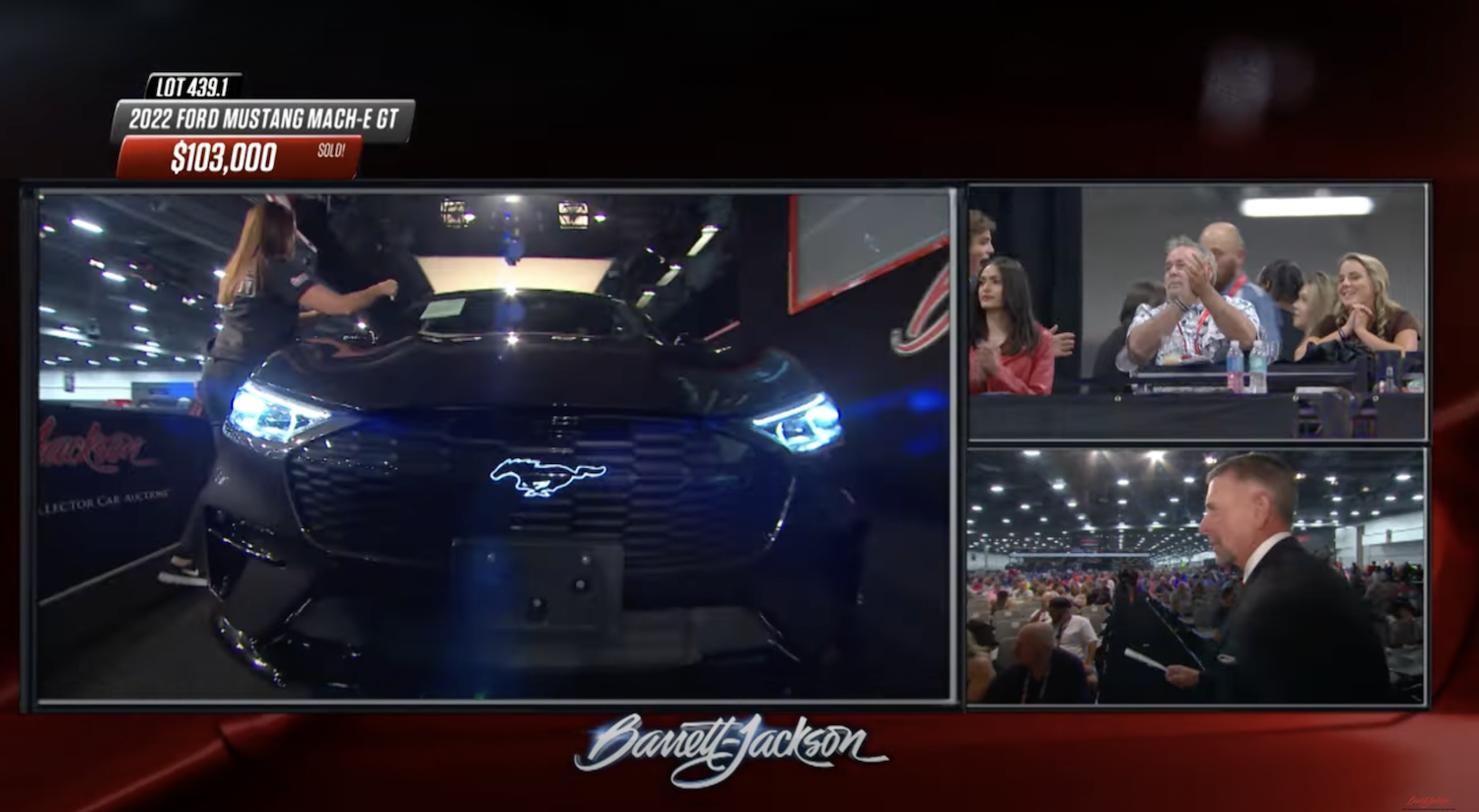 Finished in Dark Matter Gray, this particular model does represent the top of the proverbial Mach-E food chain, since it’s equipped with the optional Performance Edition package. That boosts output from the EV’s pair of electric motors to 480 horsepower and 634 pound-feet of torque, which propels the high-performance crossover from 0-60 in 3.5 seconds. The Performance Edition features a host of additional upgrades as well, including 19-inch front brakes with red-painted Brembo calipers as well as 20-inch machined-face Ebony Black-painted pockets paired with 245/45R20 Pirelli summer tires and MagneRide dampers.

In the meantime, those that want to purchase a new Mach-E but don’t want to pay some hefty premium to do so can wait until order banks for the 2023 model open up, which is scheduled to happen August 15th, 2022, as Ford Authority reported back in May.