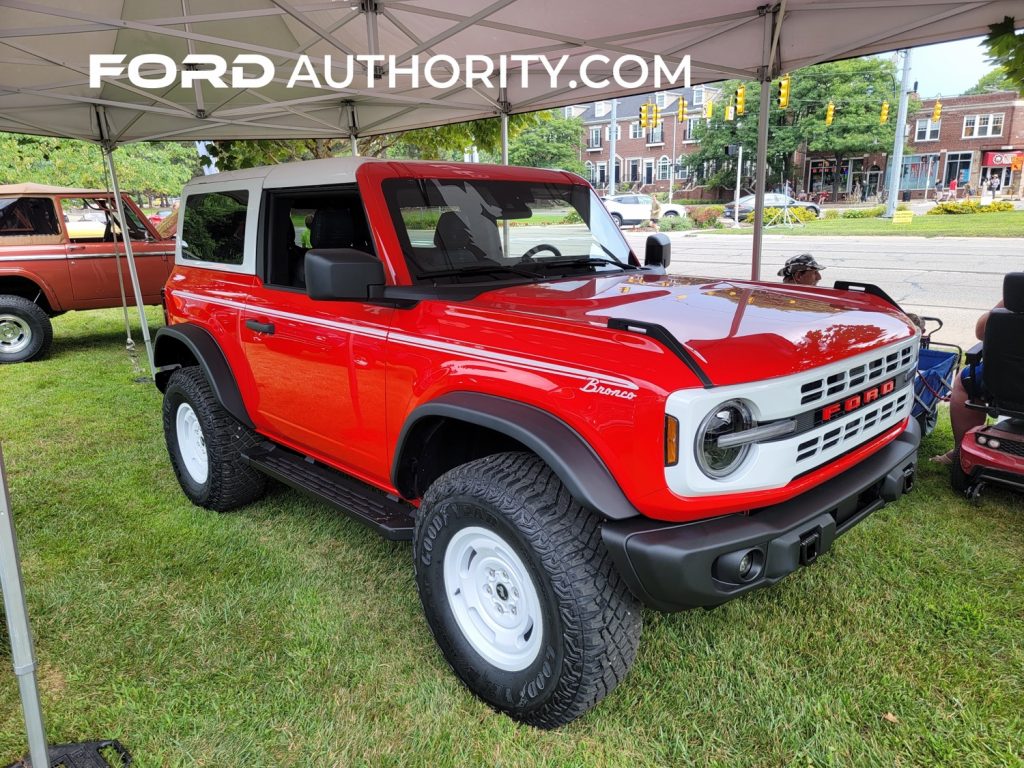 The 2023 Ford Bronco Heritage Edition leaked via a VIN decoder posted by the National Highway Traffic Safety Administration (NHTSA) earlier this month, and was spotted by Ford Authority spies in both two- and four-door configurations prior to its official reveal earlier this month, giving us a full look at the new retro-inspired SUV. This 2023 Ford Bronco two-door Heritage Edition was also on display at the 2022 Woodward Dream Cruise, where Ford Authority was able to get a closer look at the new offering. 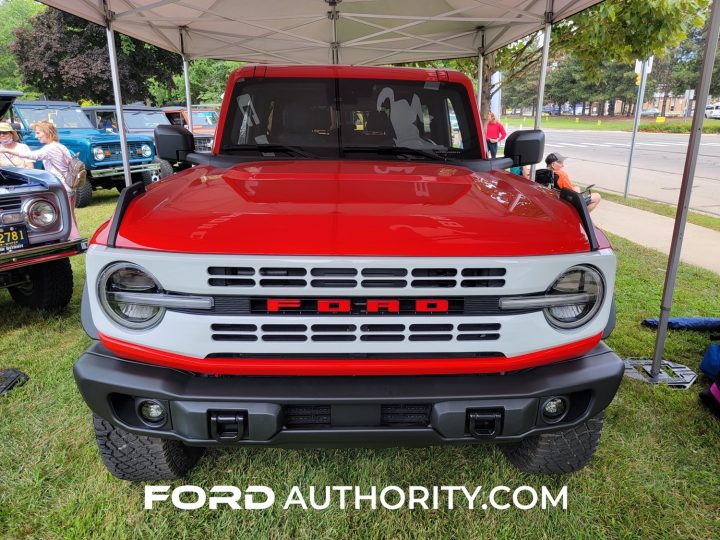 Sporting precisely the same Race Red paint as the model present in Ford’s official photos of the new Bronco Heritage Edition, this two-door model is enhanced by the addition of several unique features. Up front, those include an Oxford White grille with Race Red “Ford” lettering, as well as a powder-coated steel capable front bumper with built-in recovery points and integrated fog lamps. 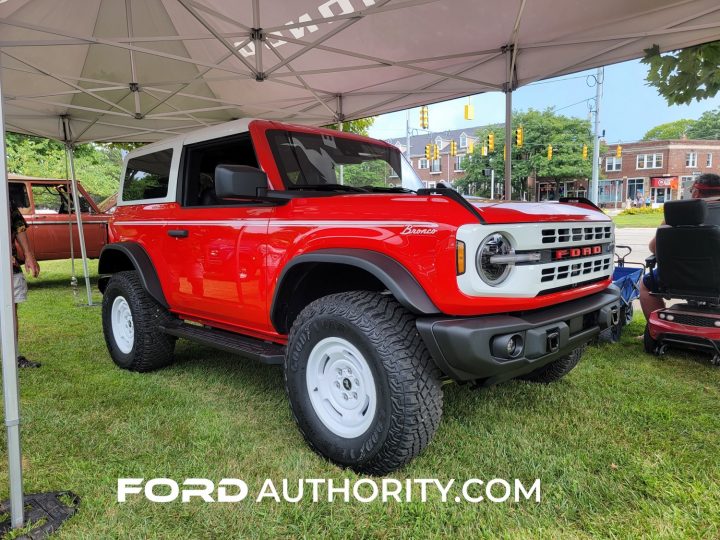 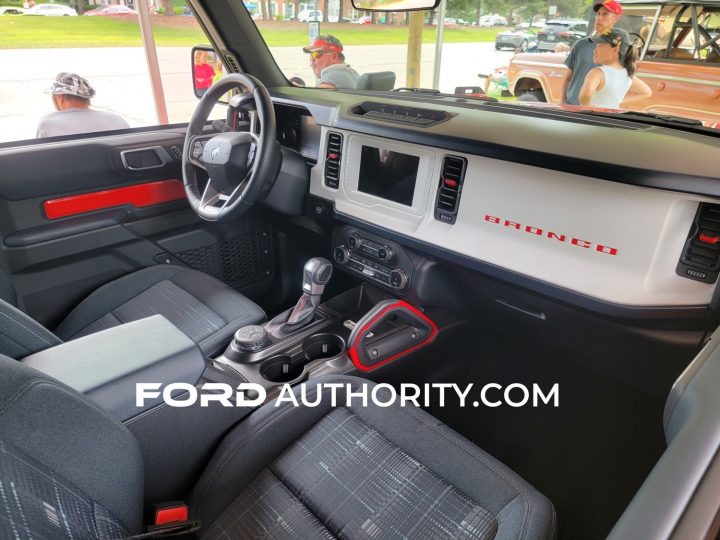 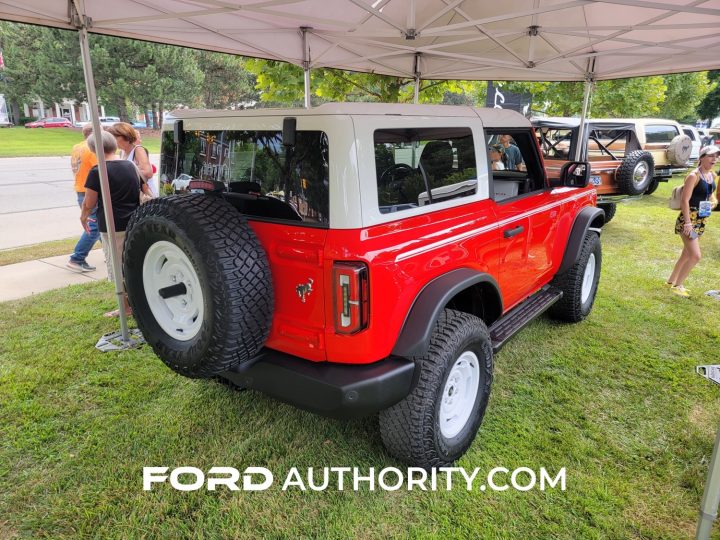 The 2023 Ford Bronco Heritage Edition is based on the Big Bend trim, and as such, comes equipped with the turbocharged Ford 2.3L I-4 EcoBoost engine and seven-speed manual transmission or the 10-speed automatic as an option. 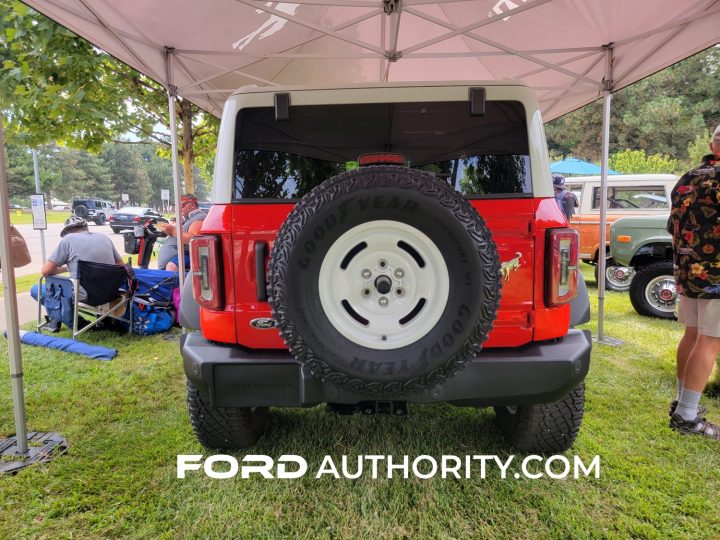 Both Heritage Limited Edition variants for the Bronco and Bronco Sport will enjoy a limited 1,966 unit production run to commemorate the first model year of the original 1966 Bronco. The Bronco Heritage will start at $44,305, and order banks are already open. Initial orders for all 2023 Bronco models are being prioritized for current order holders awaiting their vehicle, and will open to all customers next year, regardless of current reservation status.

We’ll have more on the Bronco Heritage Edition soon, so be sure and subscribe to Ford Authority for more Ford Bronco news, Bronco Sport news, and continuous Ford news coverage. 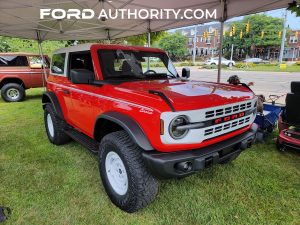 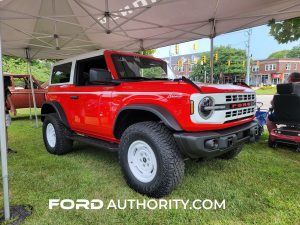 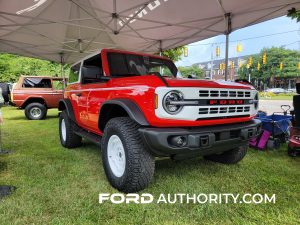 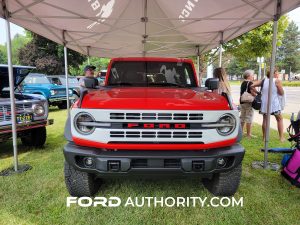 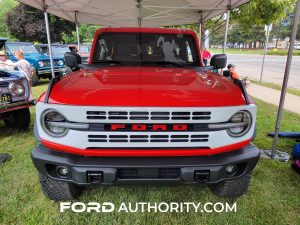 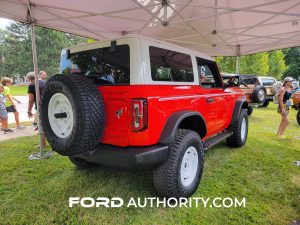 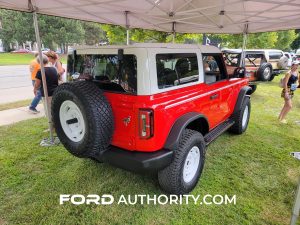 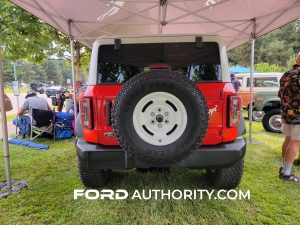 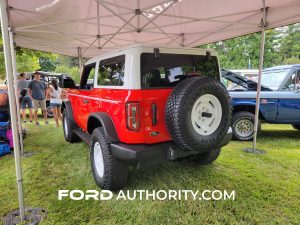 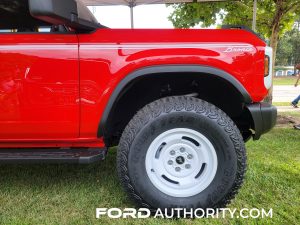 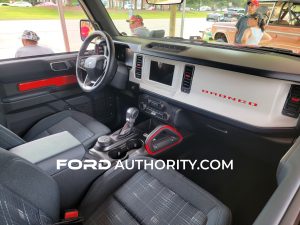 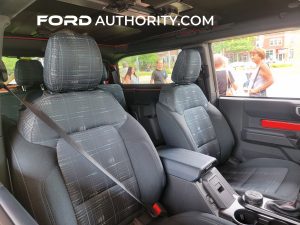