In recent years, Ford has been adding ActiveX seats to a variety of vehicles, including the Ford EcoSport, Ford Edge, Ford Explorer, Ford Escape, and Ford Mustang, to name a few. ActiveX is a high-end synthetic material that retains a premium look and feel with more durability and stain resistance than traditional leather. Ford also says that ActiveX is easier to clean, and it contains no animal-based material. Lincoln is gaining a new material dubbed Dura-Touch, which is somewhat similar. Now, sources familiar with the matter have told Ford Authority that the 2023 Ford Edge Titanium is also adding standard ActiveX seating, with a bit of a twist. For the 2022 model year, the Titanium trimmed crossover came with traditional leather seats, but it’s making the switch to ActiveX for the 2023 model year. However, the 2023 Ford Edge Titanium seats are also gaining something a bit new – FreeForm technology from supplier Magna, which is a trim cover technique that gives automakers more leeway in terms of design by making it possible to add all sorts of shapes and crisp styling lines to seats as sharp as 3-4 mm radii compared to 20-25 mm for traditional cut-and-sew methods.

Meanwhile, the 2023 Ford Edge will present a host of other changes for the new model year, starting with a couple of deletions – namely, the crossover is ditching its SecuriCode keyless entry keypad entirely, as Ford Authority reported earlier this months, as well as its trio of Outfitters cargo packages that just debuted on the model for the 2022 model year. 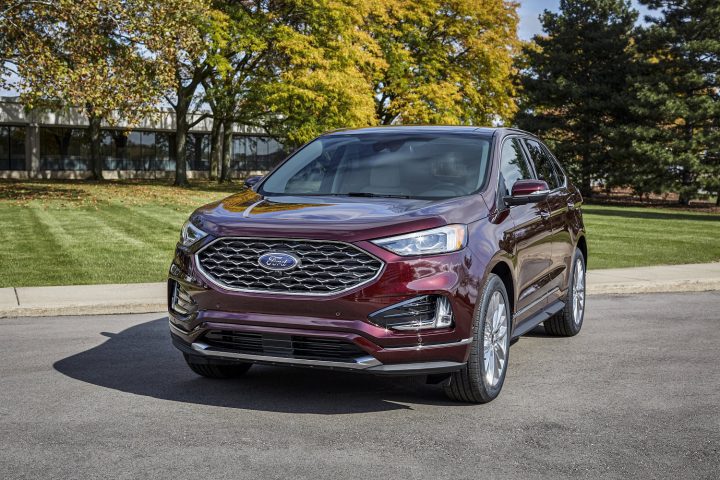 The high-performance 2023 Edge ST is gaining the new ST Interior Appearance Package, which is optional on High Package (401A) models and includes leather-trimmed seats with Miko inserts and Race Red and Raptor Blue accent stitching, a perforated leather steering wheel with an ST logo and Race Red and Raptor Blue accent stitching, and those same colors adorning accent stitching present on the door inserts, center console lid, and front and rear floor mats. Those that want to custom order a 2023 Edge can also nab a pre-order discount good for $500 off the crossover.