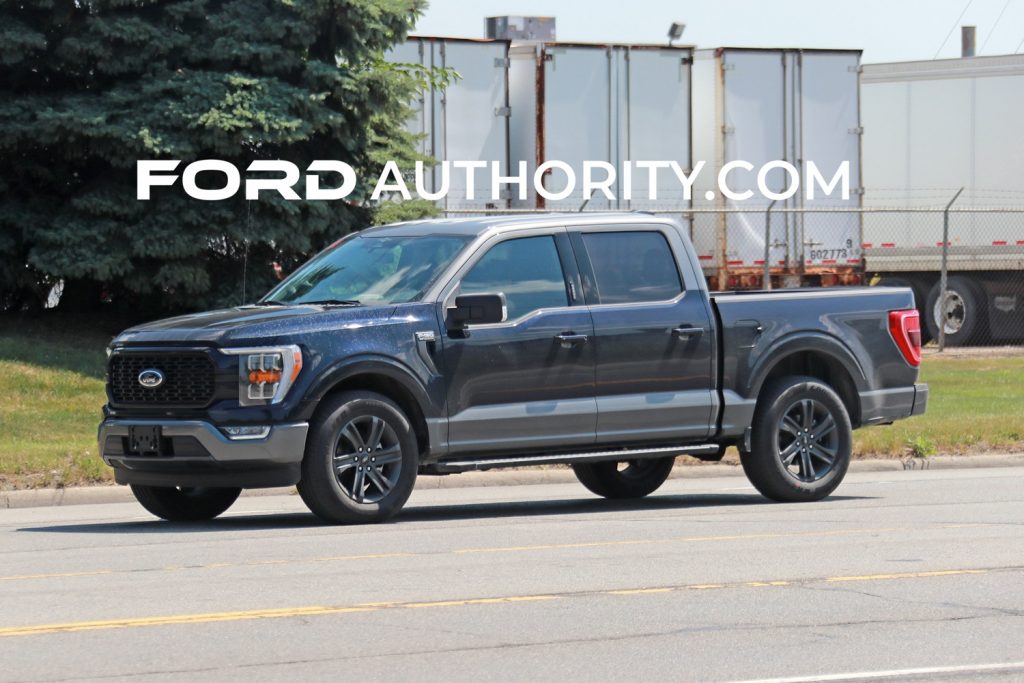 The 2023 Ford F-150 Heritage Edition was revealed back in June as a new, retro-inspired tribute to the venerable pickup’s past that celebrates 75 years of continuous Ford F-Series production. Even the folks that build these trucks came away impressed with the effect that a two-tone paint treatment – once hugely popular on Blue Oval pickups – has on the modern-day F-150, and it looks even better in person, as is evident from photos recently secured by Ford Authority spies of one of these trucks decked out in Area 51 and Agate Black. Now, those same spies have spotted a 2023 Ford F-150 Heritage Edition finished in Antimatter Blue and Carbonized Gray, as we can see in these exclusive photos. 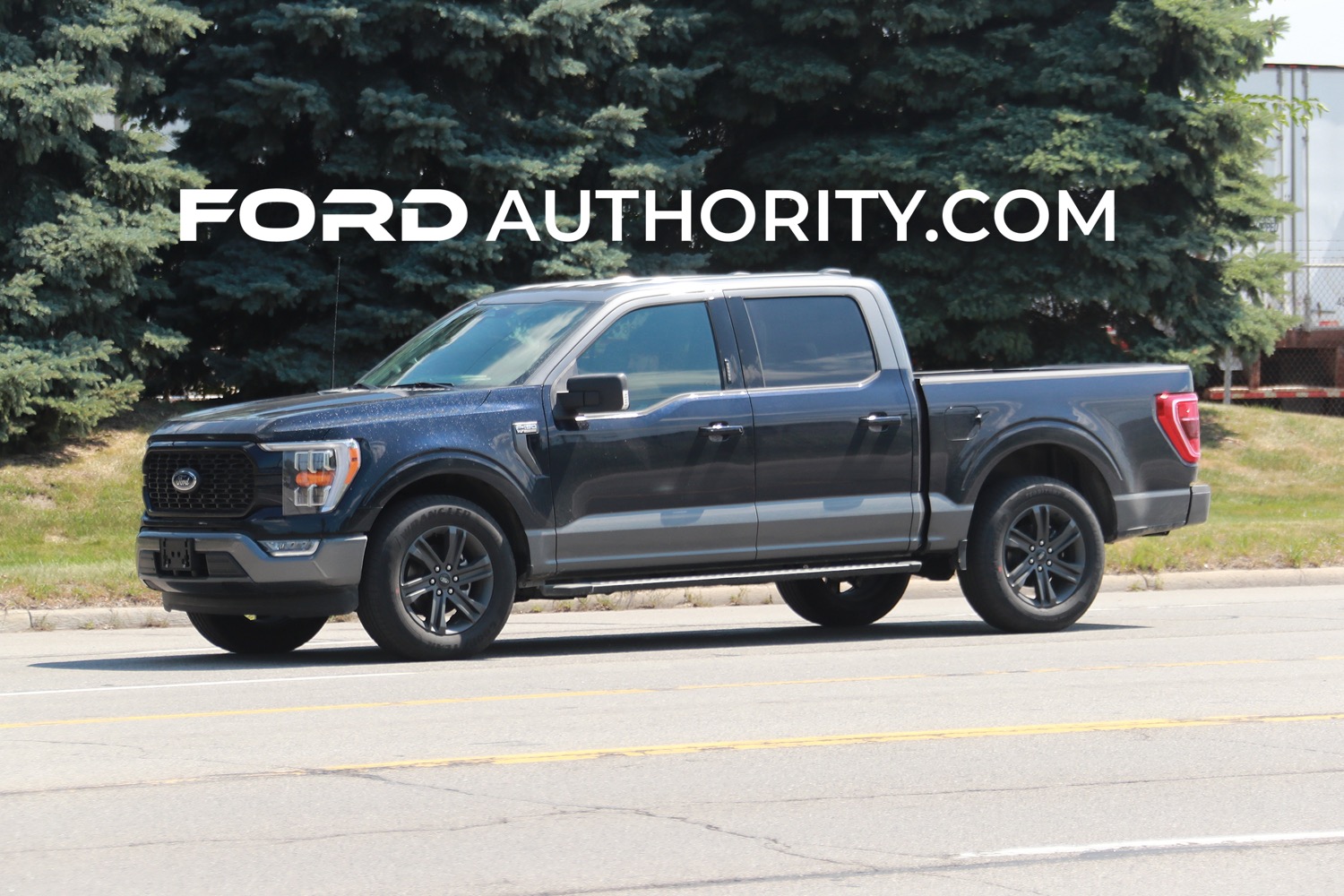 The most notable difference between the 2023 Ford F-150 Heritage Edition and every other F-150 variant is its unique two-tone paint job, which FoMoCo refers to as the A-B-A exterior paint pattern – A refers to the roof and pillars, B to the truck’s midsection, and C to the bumpers, lower door, and lower body. 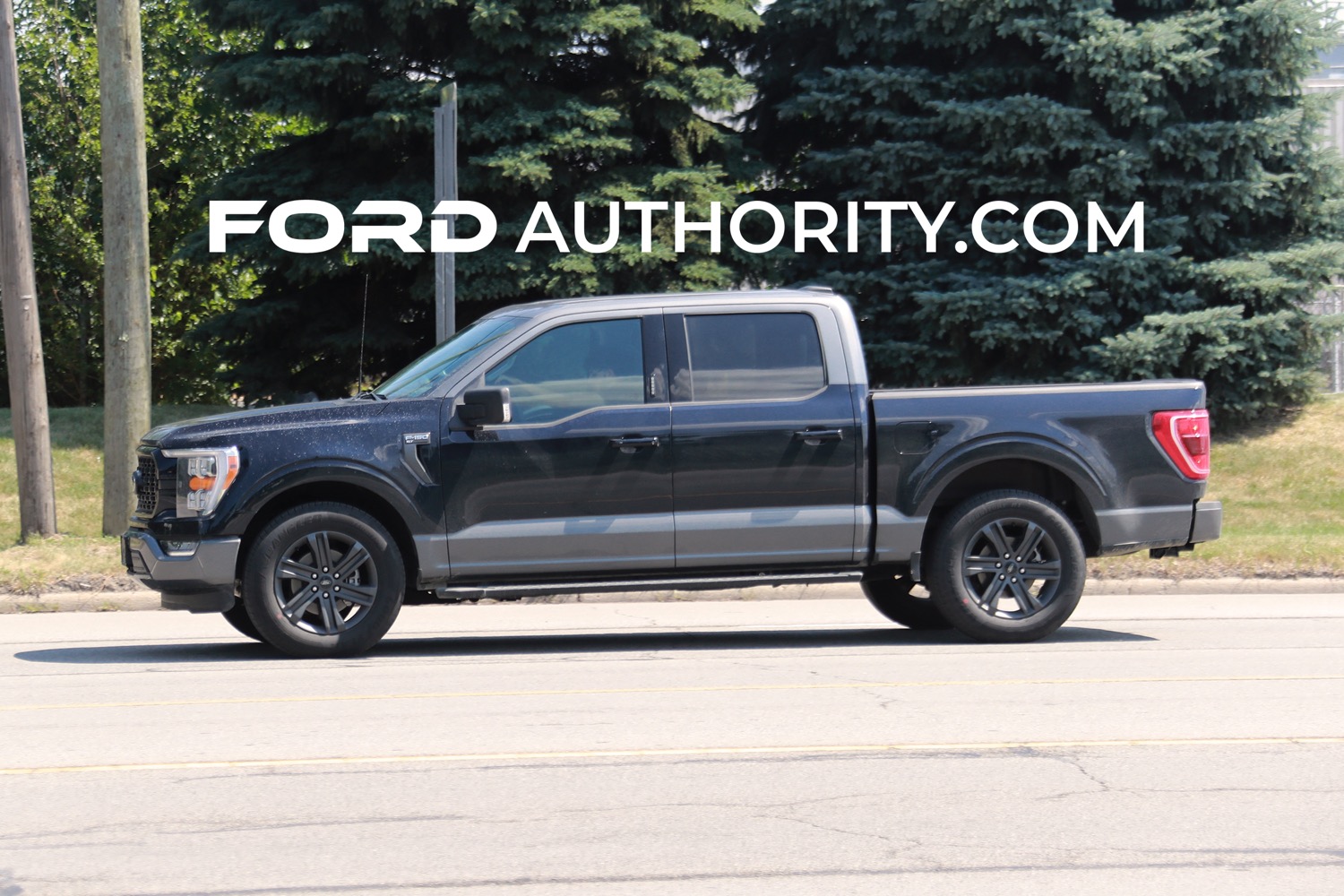 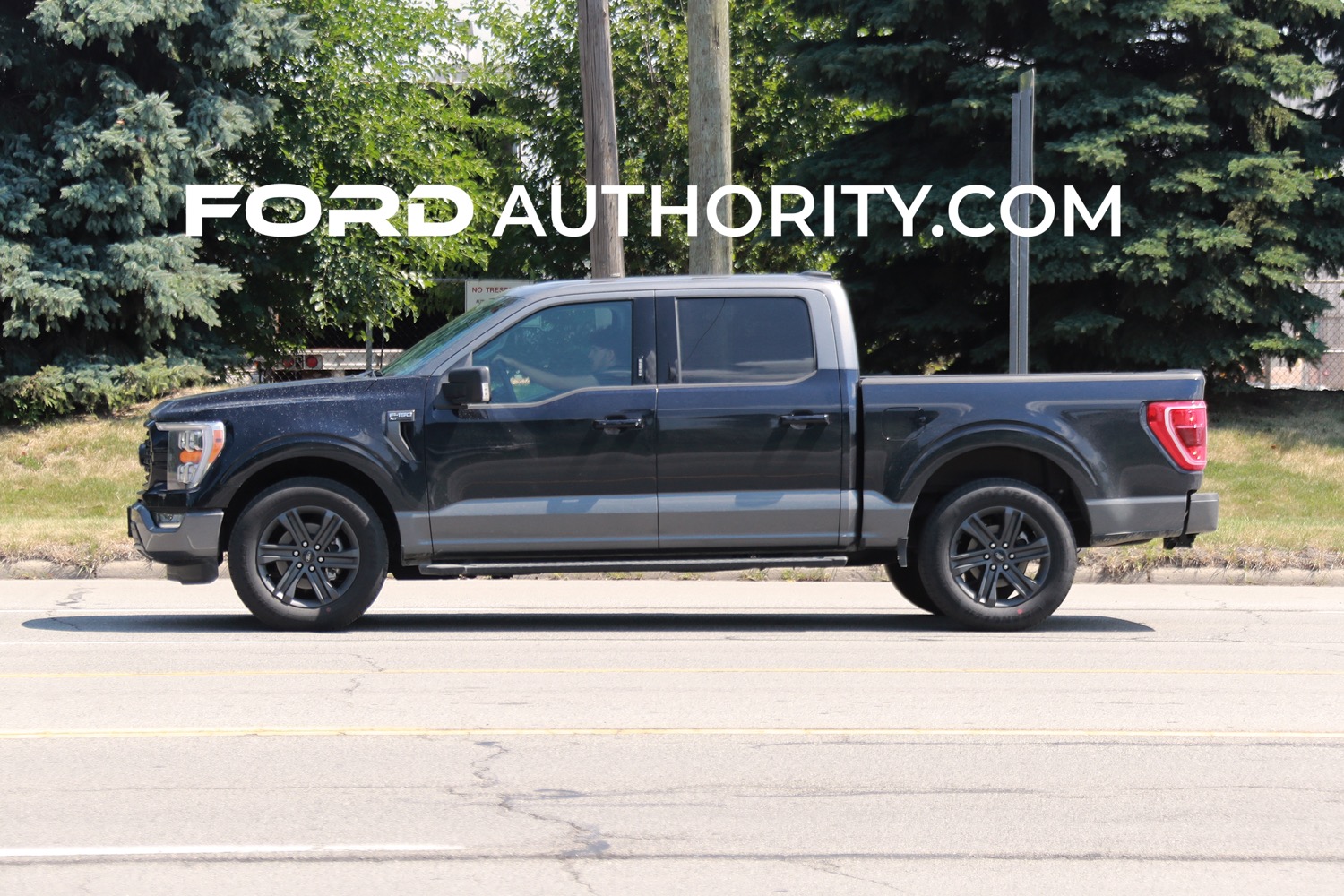 In addition to its unique two-tone color options, the Heritage Edition F-150 also comes equipped with slate gray and black seat trim with unique inserts, special embossing and a white “75 Years” logo for the center console lid and windshield, and a unique animation for the truck’s infotainment screen. 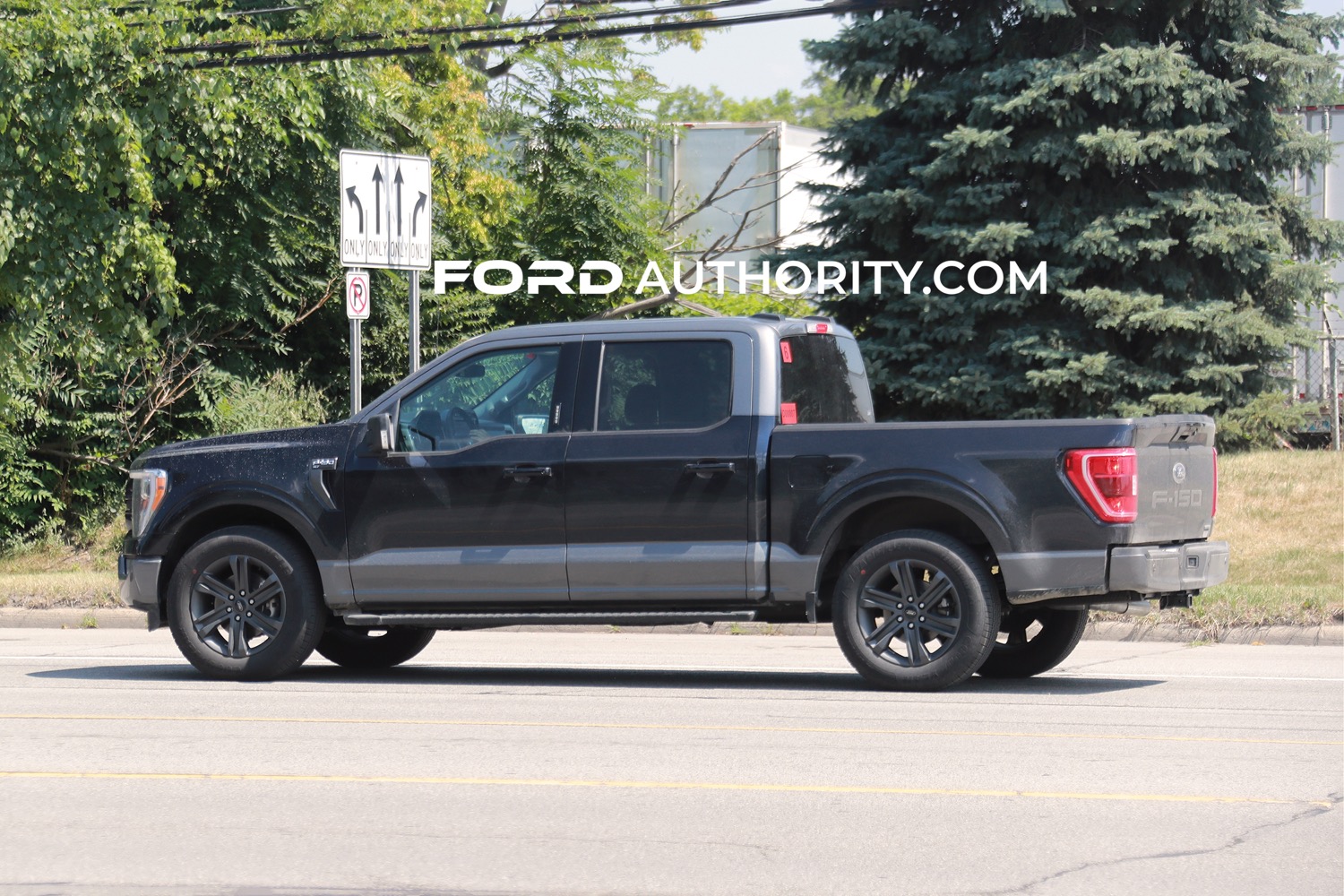 The Heritage Edition is optional on XLT High 302A equipped pickups for an additional cost of $1,975. In addition to this new package, the 2023 F-150 lineup also gains the entry-level off-road-focused Rattler (which retails for $1,495) and the high-performance, V8-powered Ford F-150 Raptor R. 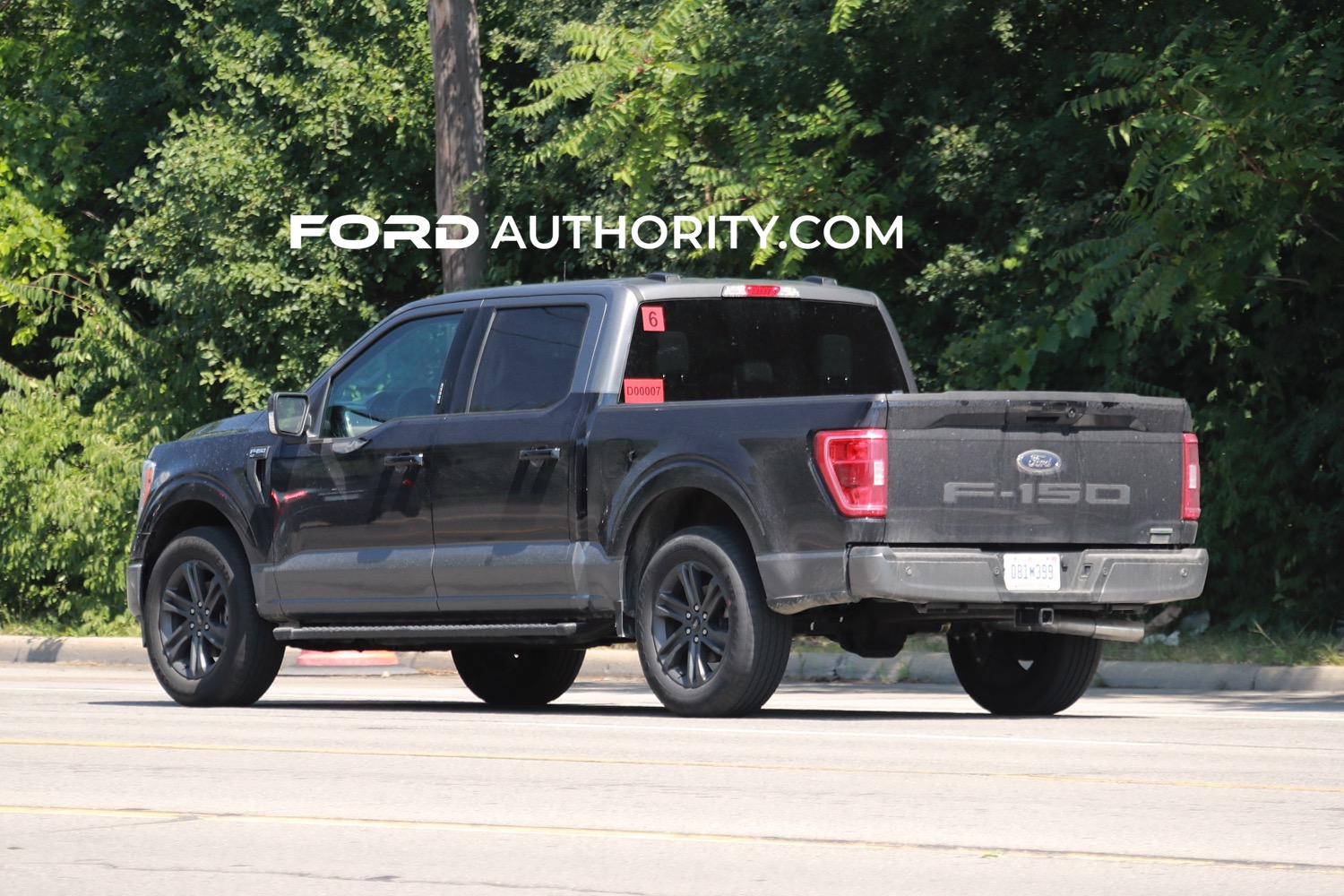 The F-150 Tremor will now come standard with the Ford 5.0L V8 Coyote engine instead of the 3.5L V6 EcoBoost powerplant, while the F-150 Limited has ditched two-wheel drive and the 3.5L V6 EcoBoost in favor of standard four-wheel drive and the PowerBoost hybrid. The XL, F-150 Raptor, and F-150 Tremor have all nixed their entry-level Equipment Groups as well, making each a bit more expensive but better equipped for the new model year, while certain deleted 2022 features will carry over into the 2023 model year, too. 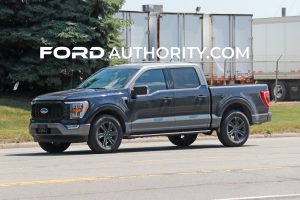 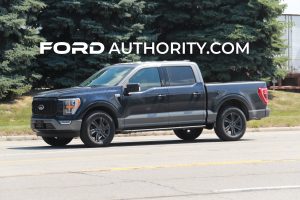 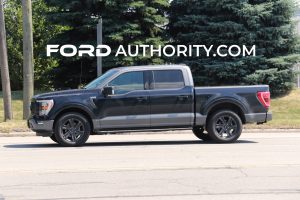 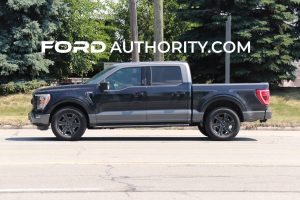 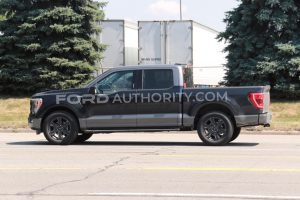 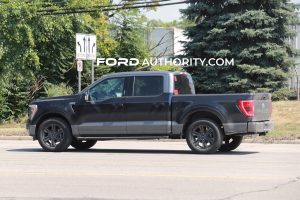 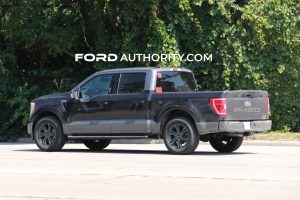 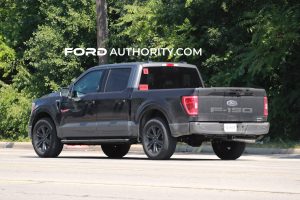