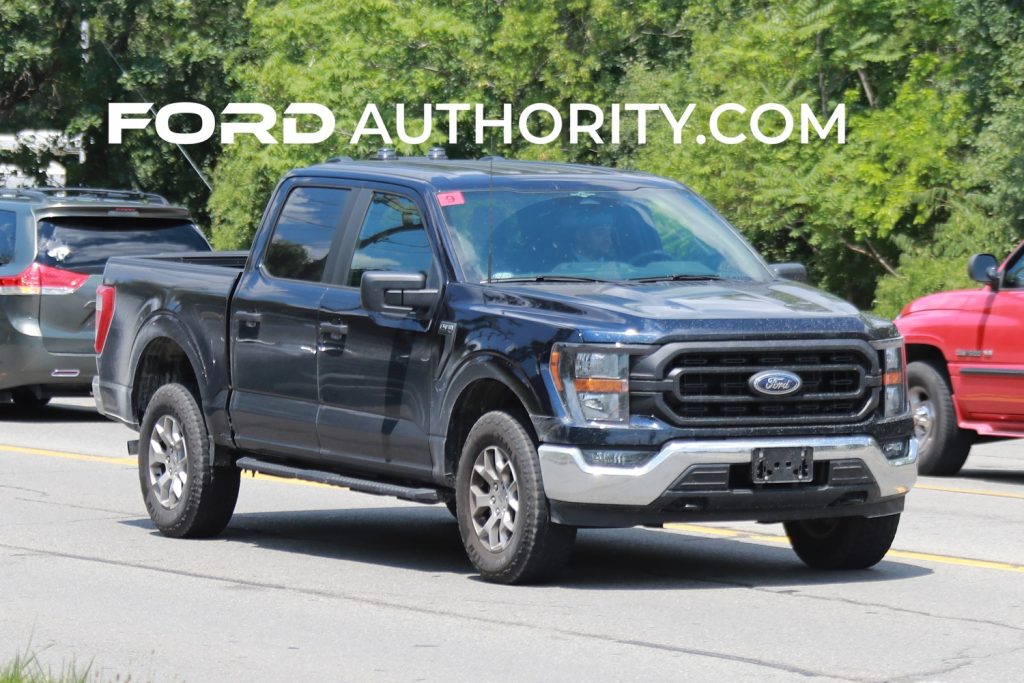 The 2023 Ford F-150 Police Responder is the top pursuit-rated pickup available on the market, boasting a 120 mph top speed to outpace its rivals, thanks to its peppy turbocharged 3.5L V6 EcoBoost engine that produces 400 horsepower and 500 pound-feet of torque. It utilizes the SuperCrew configuration specifically engineered to allow officers to carry more emergency response gear and transport mobile command centers. Recently, Ford Authority spied a what appears to be 2023 Ford F-150 Police Responder undergoing testing, and we noticed that this prototype sports some peculiar additions to its roof, most likely some new LED lighting. 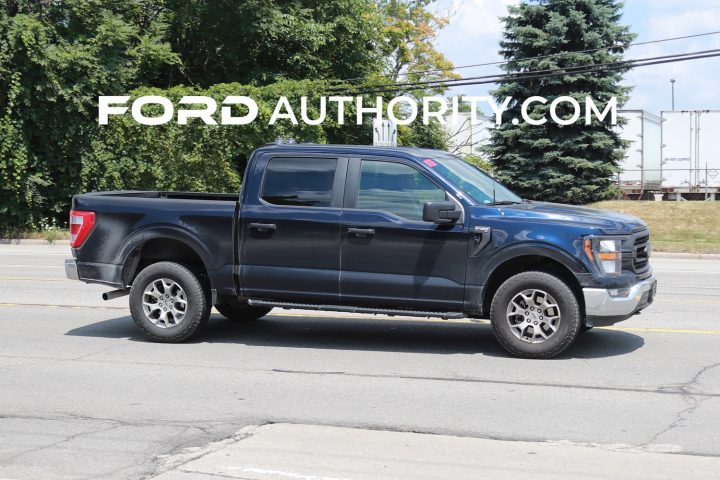 Before we get any further, let’s take a closer look at what sets this Police Responder apart from the civilian F-150 XL. The chrome bumpers are a dead giveaway, as these are not offered on the civilian F-150 with the Heavy Duty Payload Package. The Heavy Duty Payload Package is identifiable by the 18-inch chrome wheels seen here, which are exclusive to the bundle. Chrome bumpers are optional on the Police Responder variant, which gives us a good idea of this truck’s identity. 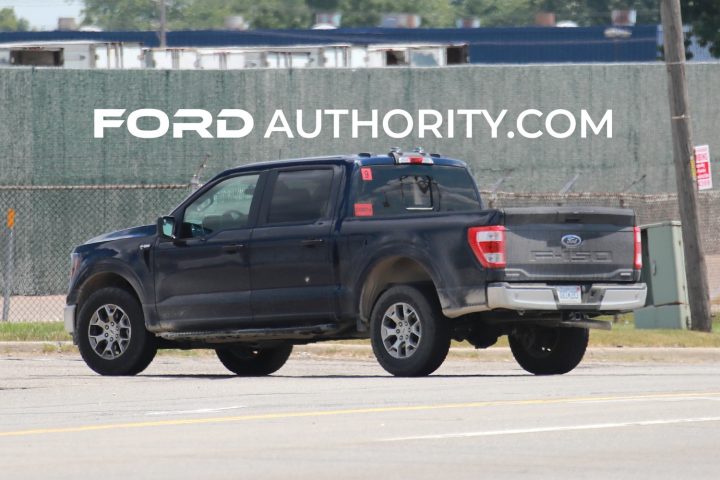 There aren’t many changes on the way for the 2023 Ford F-150 Police Responder, but note that the lights are different. The lights on the roof are certainly different from what we’ve seen on past iterations, which seem to be packaged with the center high-mounted stop lamp. These could potentially be LED lights being tested for a future Police Responder variant, as the current model features a single LED strip across the roof. It’s also entirely possible that the lights seen here are prototypes and aren’t bound for a production model. 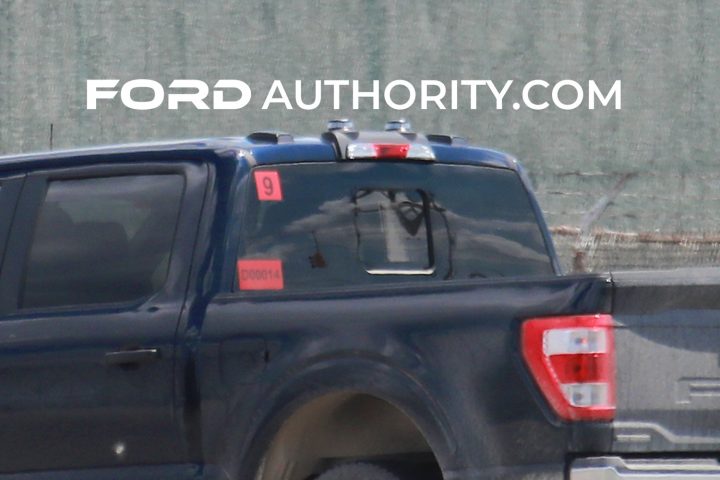 As for the civilian 2023 Ford F-150, there are some new additions on the way for the forthcoming model year. The Ford F-150 Rattler was revealed back in March as the pickup’s entry-level variant, followed by the Heritage Edition that has a slick two-tone paint scheme reminiscent of Ford F-Series trucks from the past. Perhaps the most thrilling new variant on the way is the Ford F-150 Raptor R, a muscular pickup with a genuine V8 powerhouse under the hood to bring high performance back to the F-150 range.

We’ll have more on the F-150 Police Responder soon, so be sure and subscribe to Ford Authority for the latest Ford F-Series news, Ford F-150 news, and continuous Ford news coverage.

Update: This F-150 Police Responder features an optional LED beacon lighting package available on the 2022 model in addition to the 2023 pickup, as outlined by FA reader Kris.