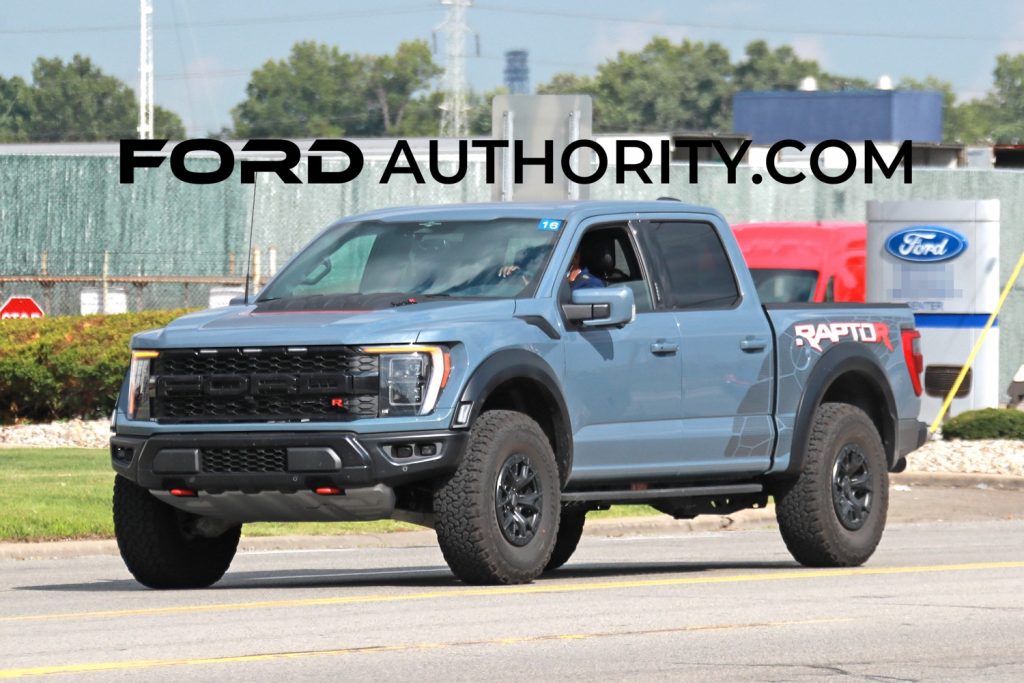 The 2023 Ford F-150 Raptor R was revealed just last month following years of anticipation, speculation, rumors, and leaks. The big news, of course, is that this pickup is powered by the supercharged Ford 5.2L V8 Predator powerplant, which produces 700 horsepower and 640 pound-feet of torque. But there are some key visual differences that set the Ford F-150 Raptor R apart from its V6-powered brethren, as we can see in these real-world photos of an Azure Gray pickup recently captured by Ford Authority spies. 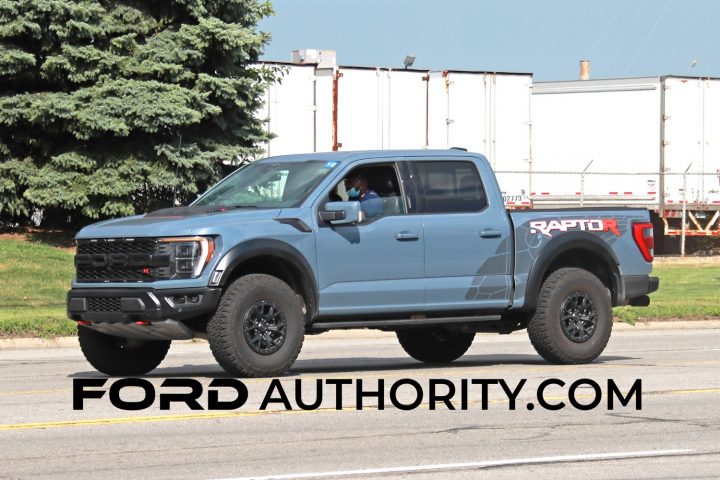 Earlier this month, Ford Authority spies also spotted an Oxford White 2023 Ford F-150 Raptor R, and now, this more recent sighting gives us a look at yet another color in the muscular pickup’s lineup. Here, we can see subtle differences from the regular Raptor, including a Code Orange “R” badge on the front grille, which is located beneath the truck’s signature “Ford” script, while that color also adorns the front tow hooks. Up top, the Raptor R is equipped with a power dome hood that’s roughly one inch higher for better heat extraction and also features a Code Orange “R” badge as well. 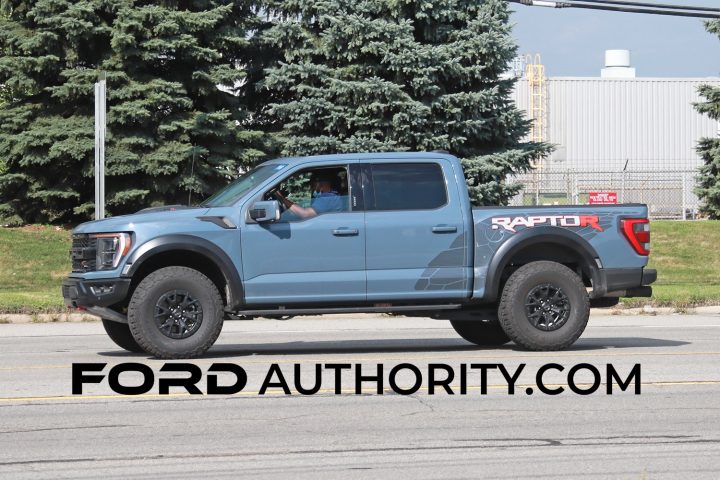 Moving down the side, the Ford F-150 Raptor R is equipped with unique 17-inch forged aluminum bead-lock capable wheels, which are wrapped with 37×12.5R17 BSW all-terrain tires as standard equipment. Unique graphics cover the bedsides and part of the rear doors, which also feature a Code Orange “R” to signify that this isn’t just any old V6-powered pickup. As Ford Authority reported earlier this month, the R won’t weigh much more than the regular Raptor, either. 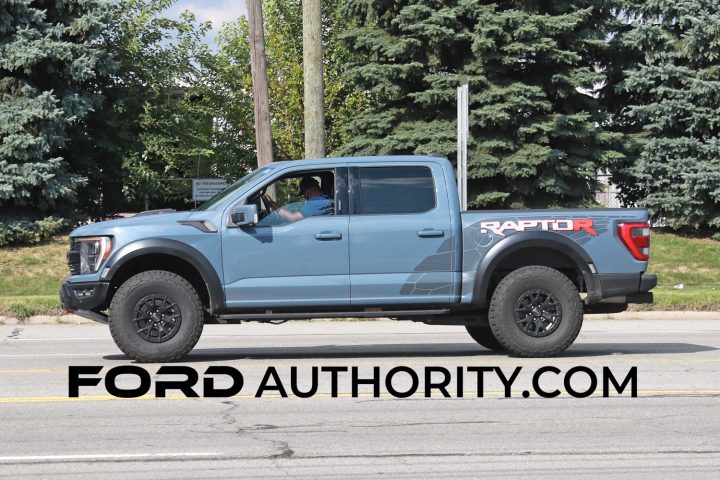 The 2023 Ford F-150 Raptor R is available in eight exterior colors, including Azure Gray – as seen here – along with Avalanche Gray and Oxford White. Inside the cabin, the R also gets some unique touches, including Code Orange accents, standard Recaro seats trimmed in black leather and Alcantara, and carbon fiber trim with a unique tri-axial weave. 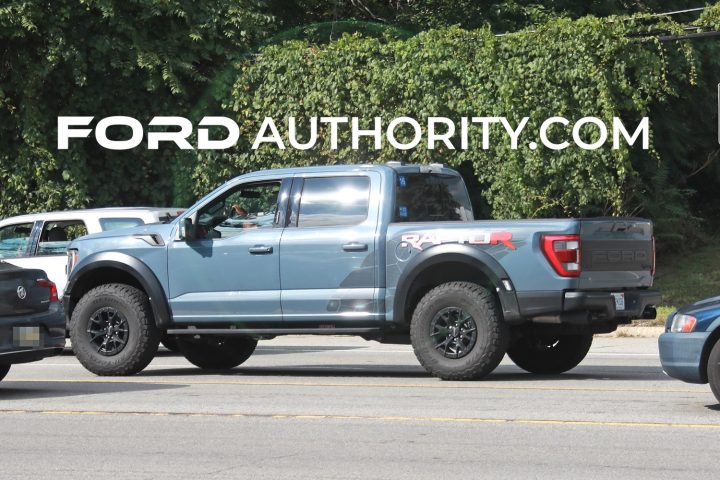 The 2023 Ford F-150 Raptor R is scheduled to enter production at the Dearborn Truck plant this fall, while pricing for the V8-powered, high-performance off-road pickup starts out at $109,145. 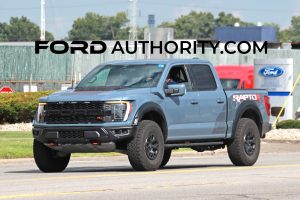 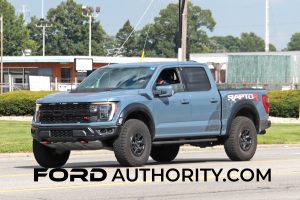 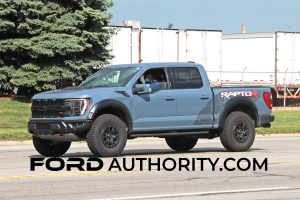 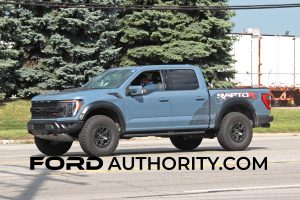 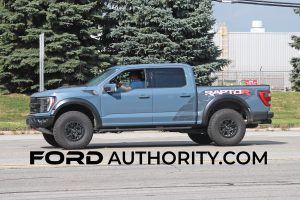 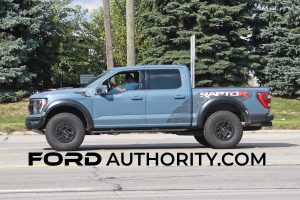 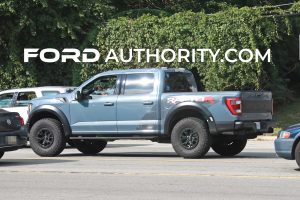 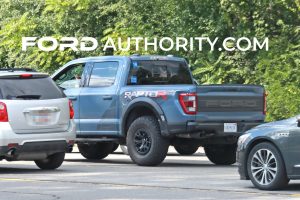