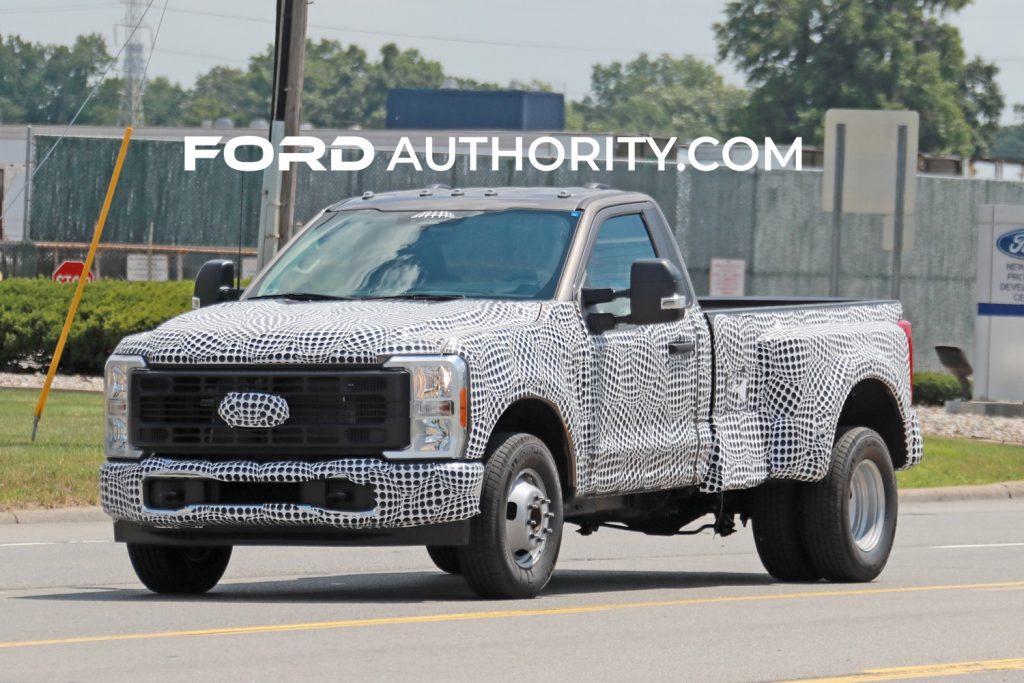 Ford Authority spies have spotted a host of refreshed 2023 Ford Super Duty prototypes driving around over the past several months, including, most recently, an F-450 King Ranch dually and the rugged, off-road-focused Tremor for the very first time. Now, as we get closer and closer to an official reveal, those same spies have come across yet another camouflaged version of the forthcoming refreshed pickup – this time, a 2023 Ford F-350 XL regular cab dually. 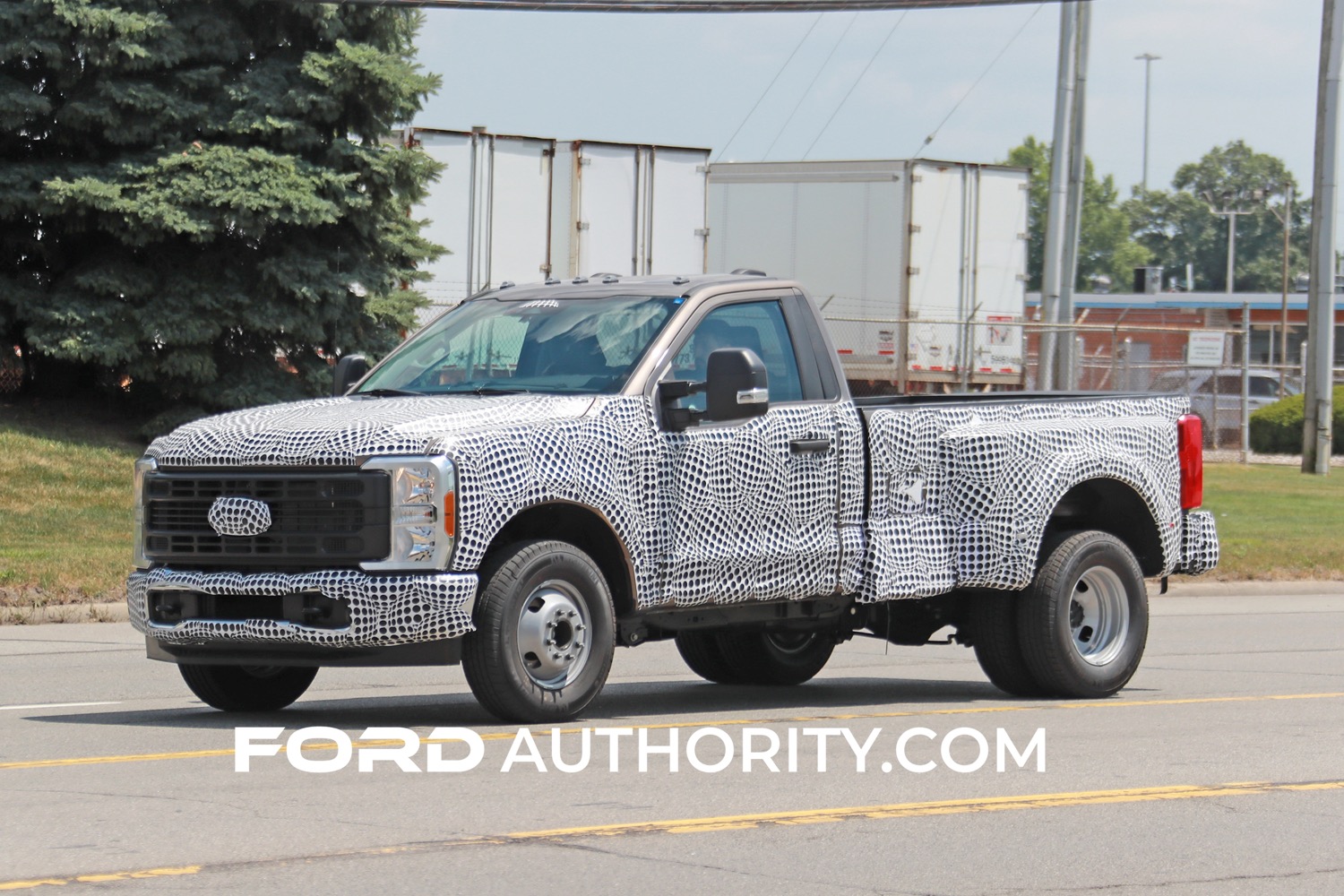 This particular 2023 Ford F-350 XL dually regular cab model gives us a good look at an entry-level workhorse in the Super Duty lineup, one with a much shorter wheelbase than most retail customer variants. As such, it features a more basic all-black front grille design, as well as a much simpler headlight design than the units present on some higher-trim prototypes spied previously. 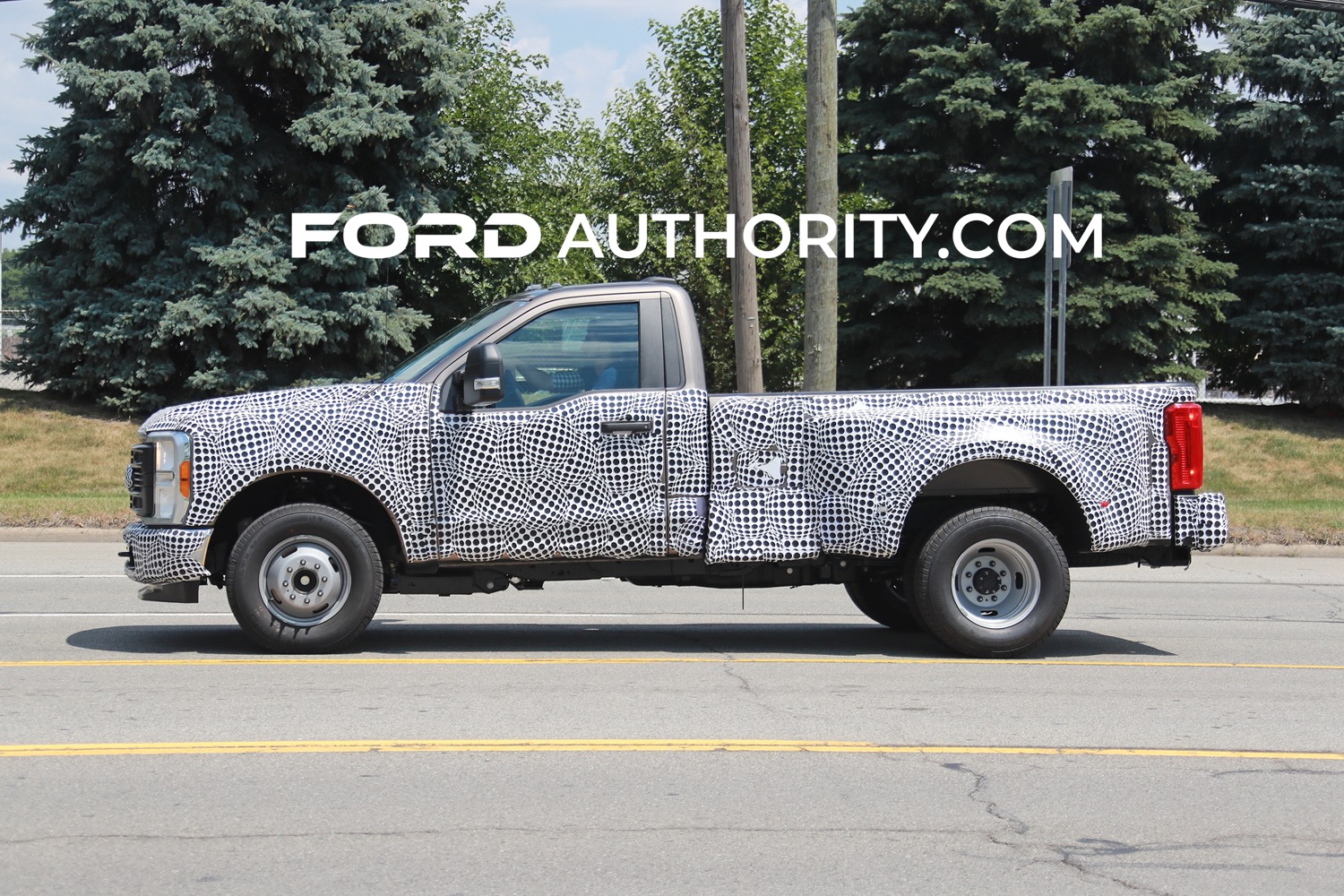 The same is true as we move down the side, as this prototype is wearing a more basic wheel design than the previously-spied King Ranch dually. It’s unclear if this particular prototype is fitted with one big new feature, which Ford Authority originally reported on back in June and confirmed roughly one week later – an integrated bed step. 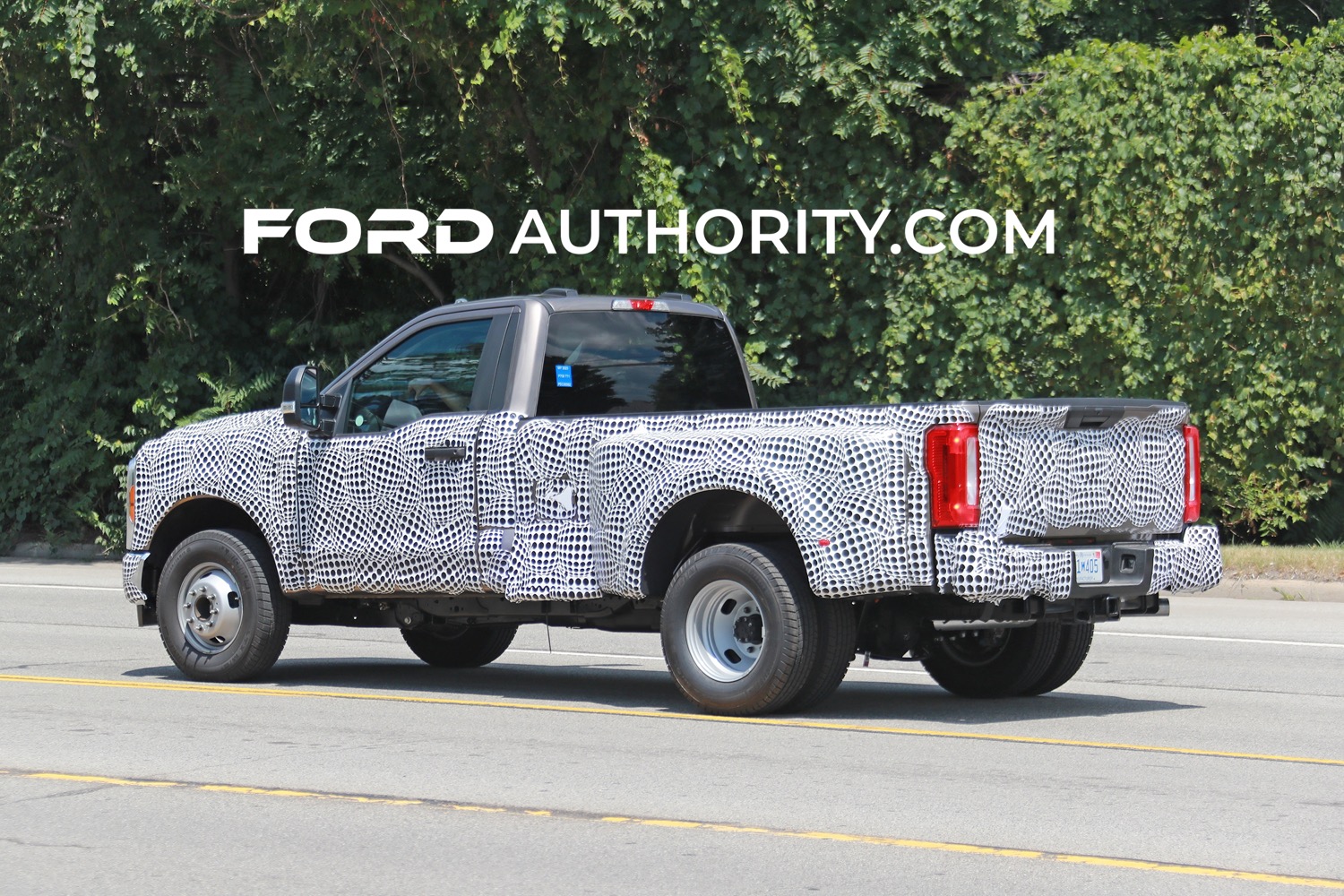 In the rear, this prototype features the same updated taillight design that we’ve seen on previously-spied prototypes, though the tailgate is covered in heavy camo, concealing any potential changes there. 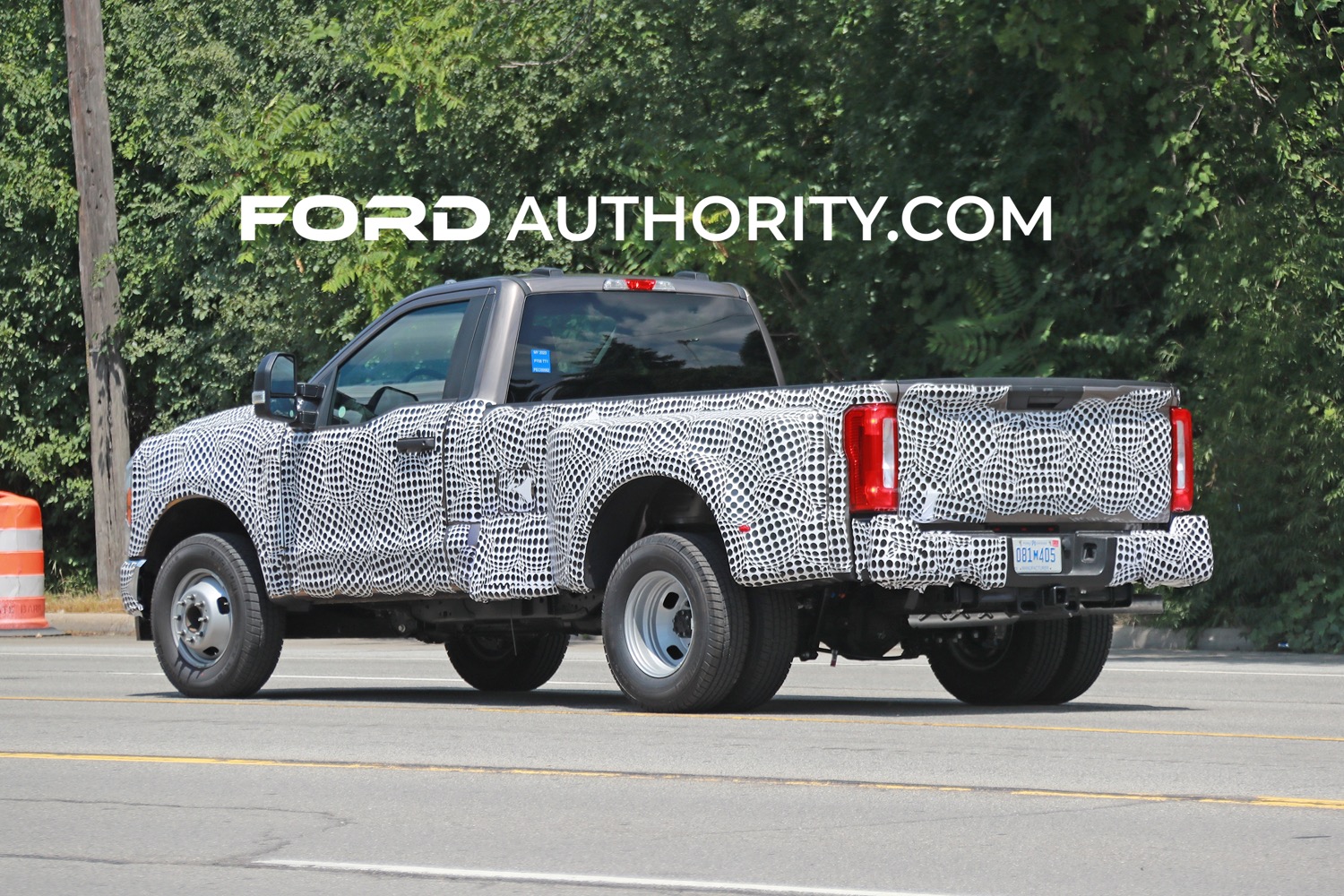 As for the interior of the refreshed 2023 Super Duty, it’s been spied on multiple occasions, starting with a peek at the bare-bones XL cabin and an assembly line video showing off its Ford F-150 inspired treatment. More recently, Ford Authority spies gave us our first look at the truck’s single binnacle design, which is a big departure from the existing model’s dual binnacle layout. As for powertrains, the 2023 Super Duty will not be getting a hybrid option, as Ford Authority reported roughly one week ago, while order banks for the new pickup are currently scheduled to open up in October.