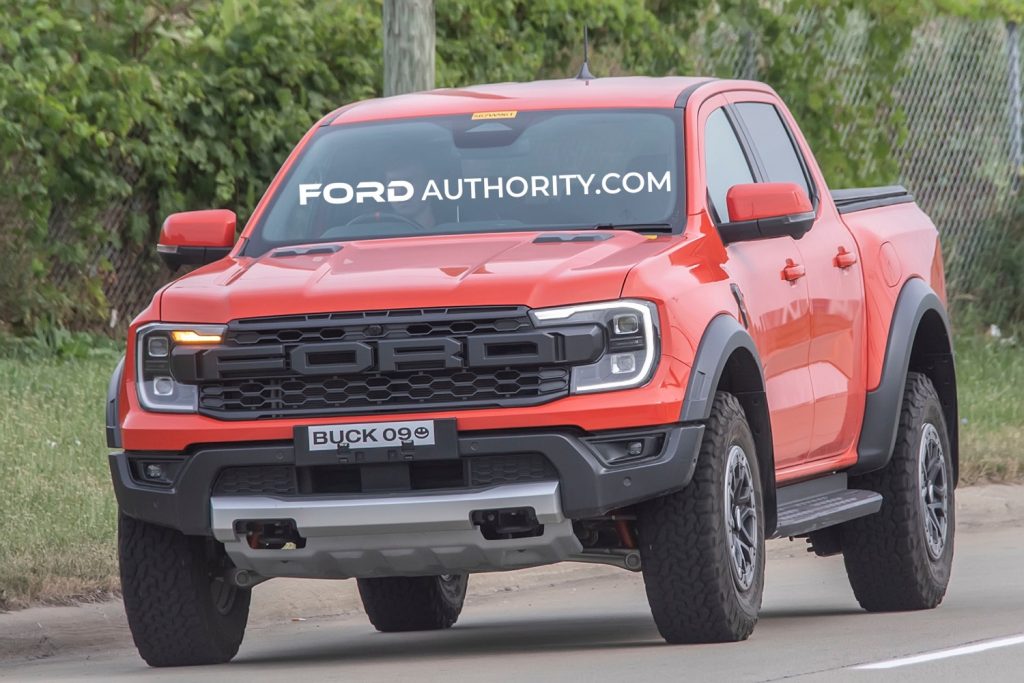 The all-new, next-generation Ford Ranger Raptor was revealed back in February – a few months after the regular Ranger – though the rugged, high-performance, off-road-focused pickup will launch at different times in different markets. Order banks for the international market 2023 Ford Ranger Raptor are already open in Europe, with deliveries there and Australia expected to begin this summer. However, the Ranger Raptor won’t be launching in the U.S. until 2023, likely as a 2024 model. Regardless, Ford Authority spies spotted a 2023 Ford Ranger Raptor finished in Blue Lightning back in June, and now, those same spies have come across a right-hand-drive Euro version of the rugged pickup in Code Orange as well. 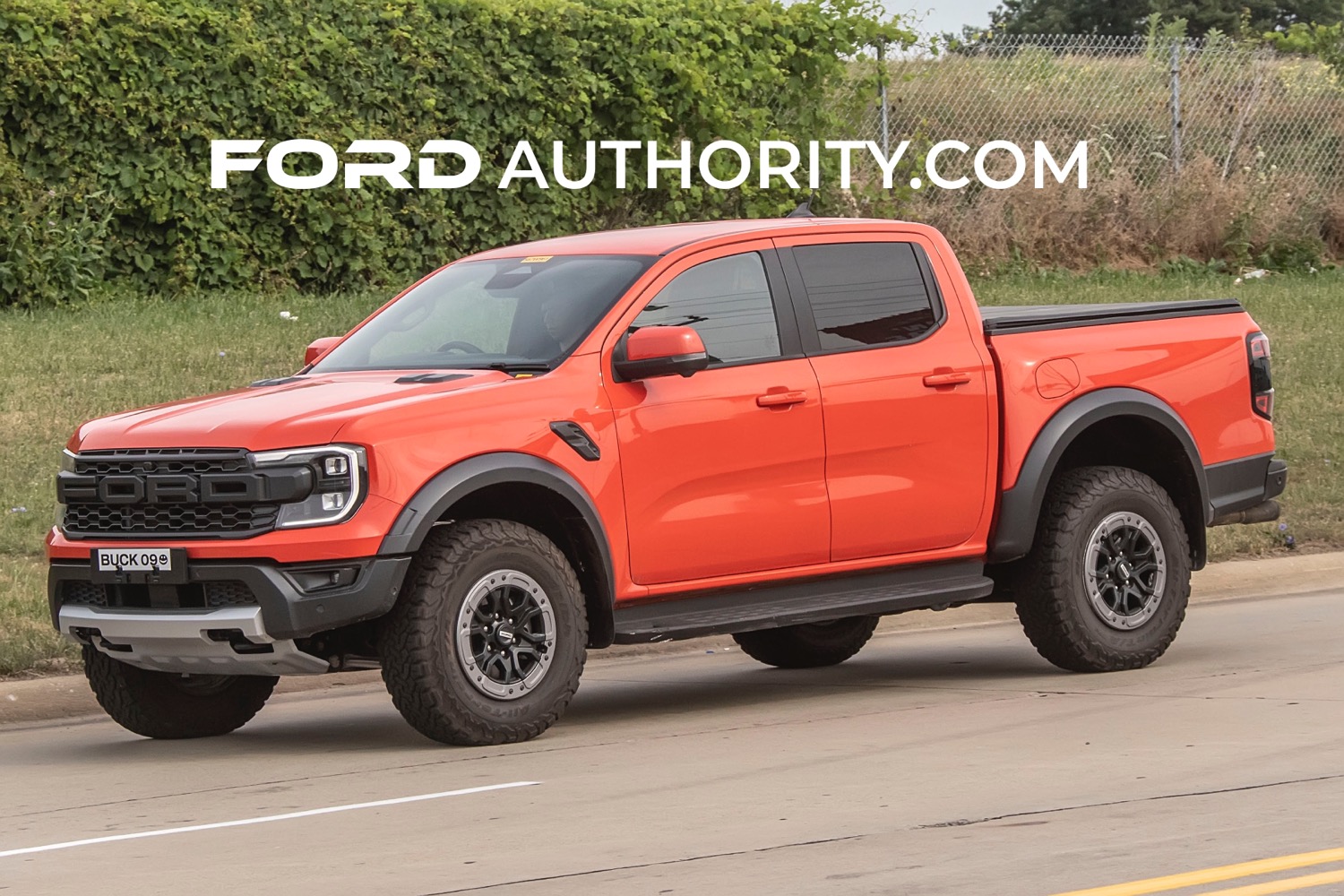 The all-new, next-generation 2023 Ford Ranger Raptor – which was developed under the code name “Redback” – features the automaker’s familiar C-clamp headlights up front, as well as a bold “Ford” script grille (a signature styling element of Raptor models), and matrix LED headlamps with LED daytime running lights. The pickup also sports functional air vents in the hood and front fenders, cast-aluminum side steps, and unique 17-inch alloy wheels wrapped in all-terrain tires. A performance street tire option is a possibility for the future, however. 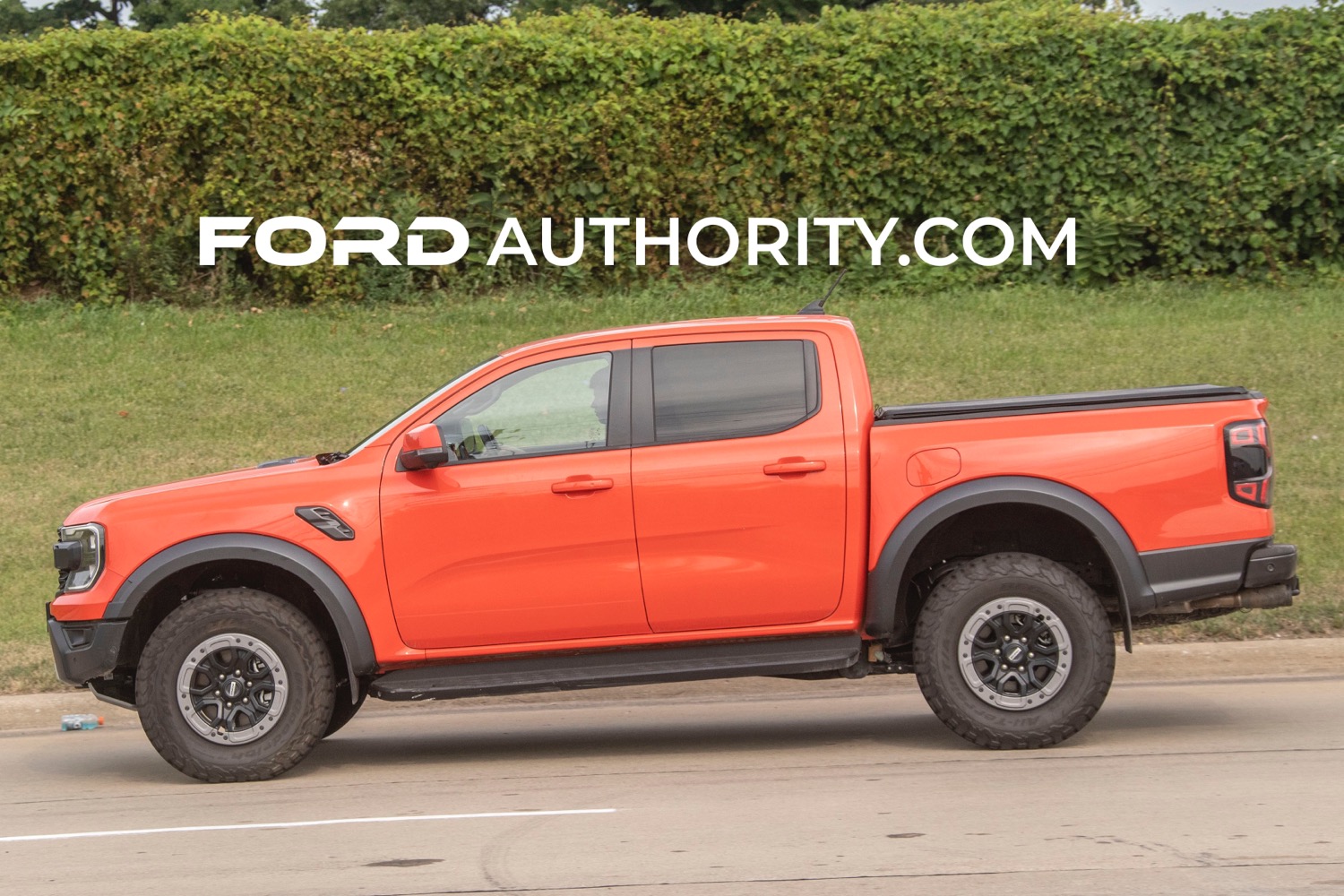 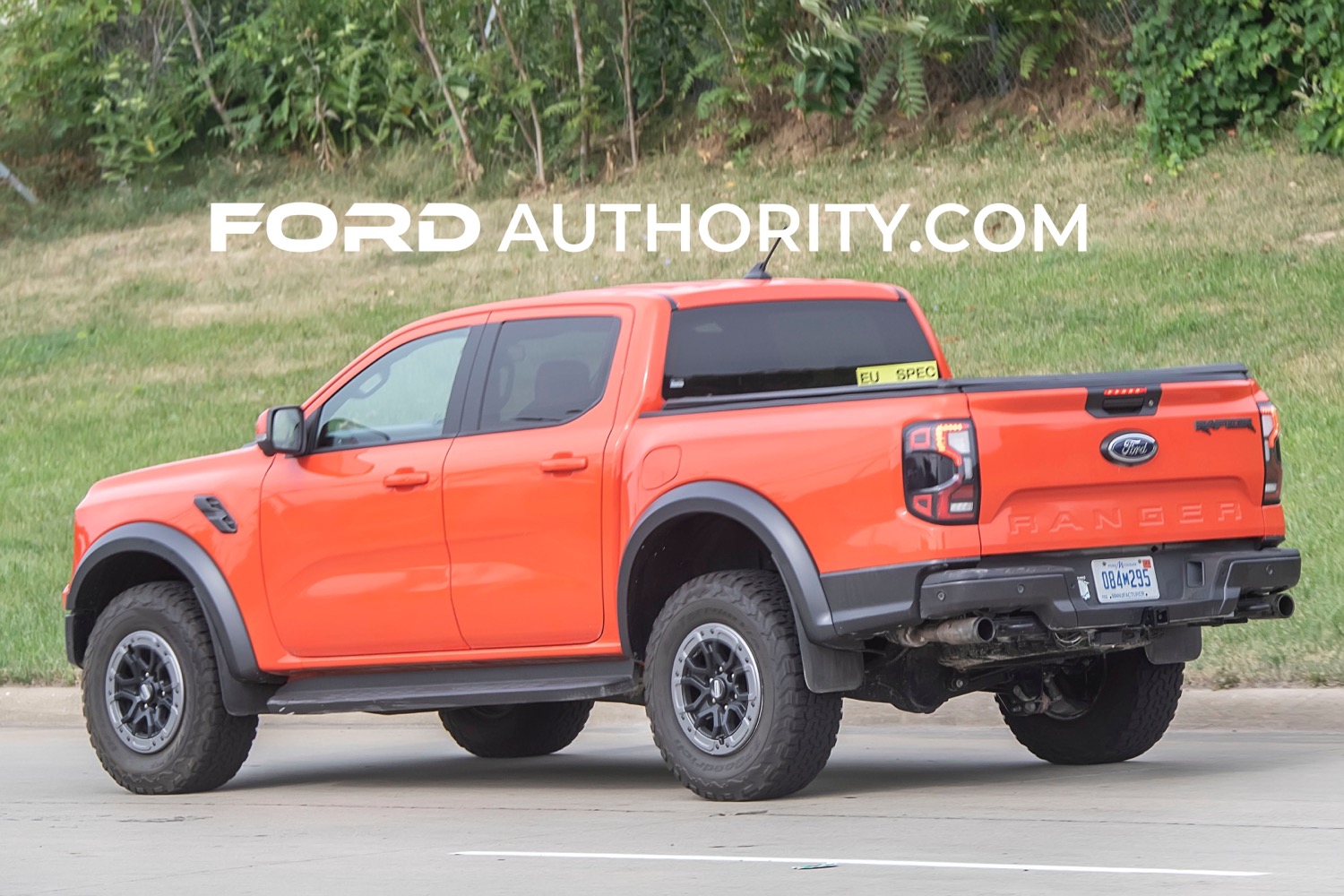 Lighter than the current-gen Ranger Raptor, the new version also packs more power under its hood thanks to the presence of the twin-turbocharged Ford 3.0L V6 EcoBoost powerplant, which will crank out 392 horsepower and 430 pound-feet of torque in most markets. An all-electric variant of the next-gen Ranger is reportedly in the works, while a hybrid Ranger Raptor remains possible as well. 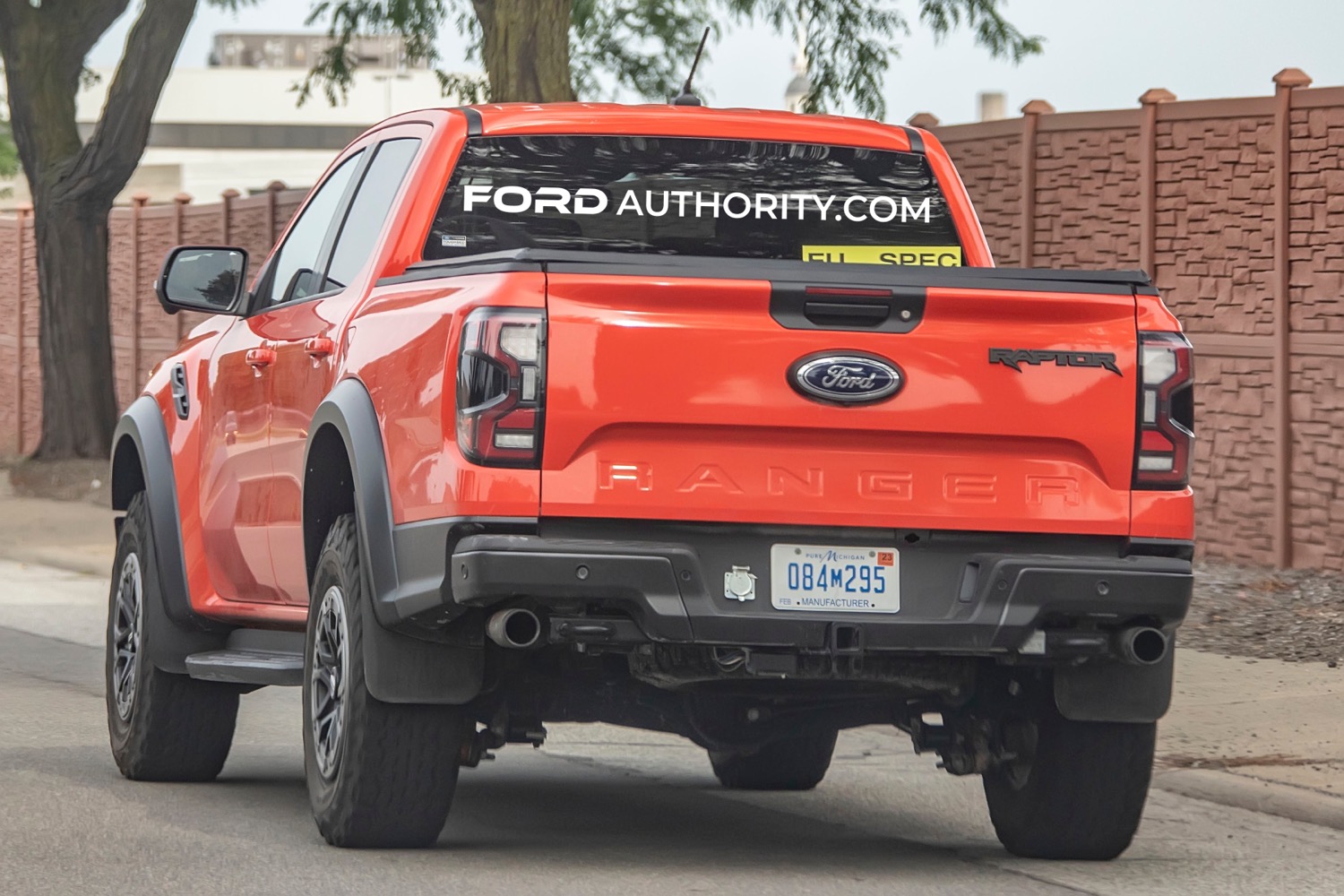 As Ford Authority exclusively reported in February, the 2024 Ford Ranger Raptor will feature a $52,500 MSRP when it launches in the U.S. next year. 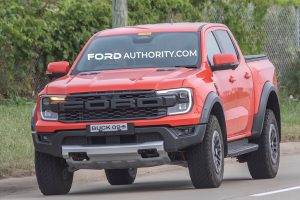 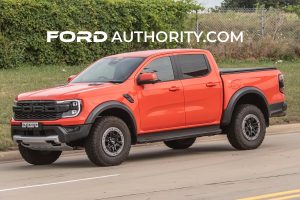 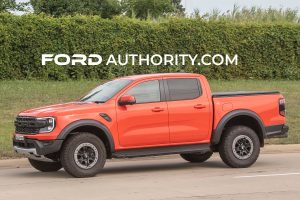 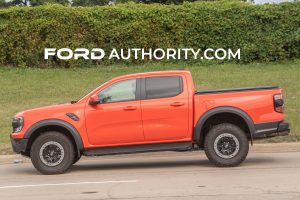 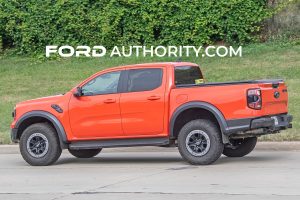 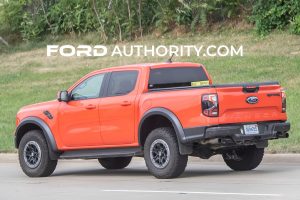 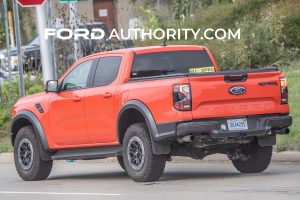 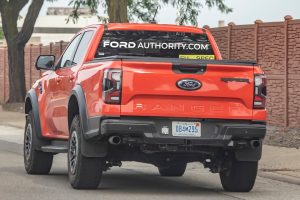 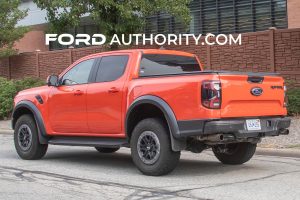 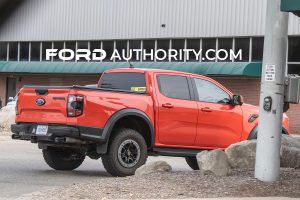