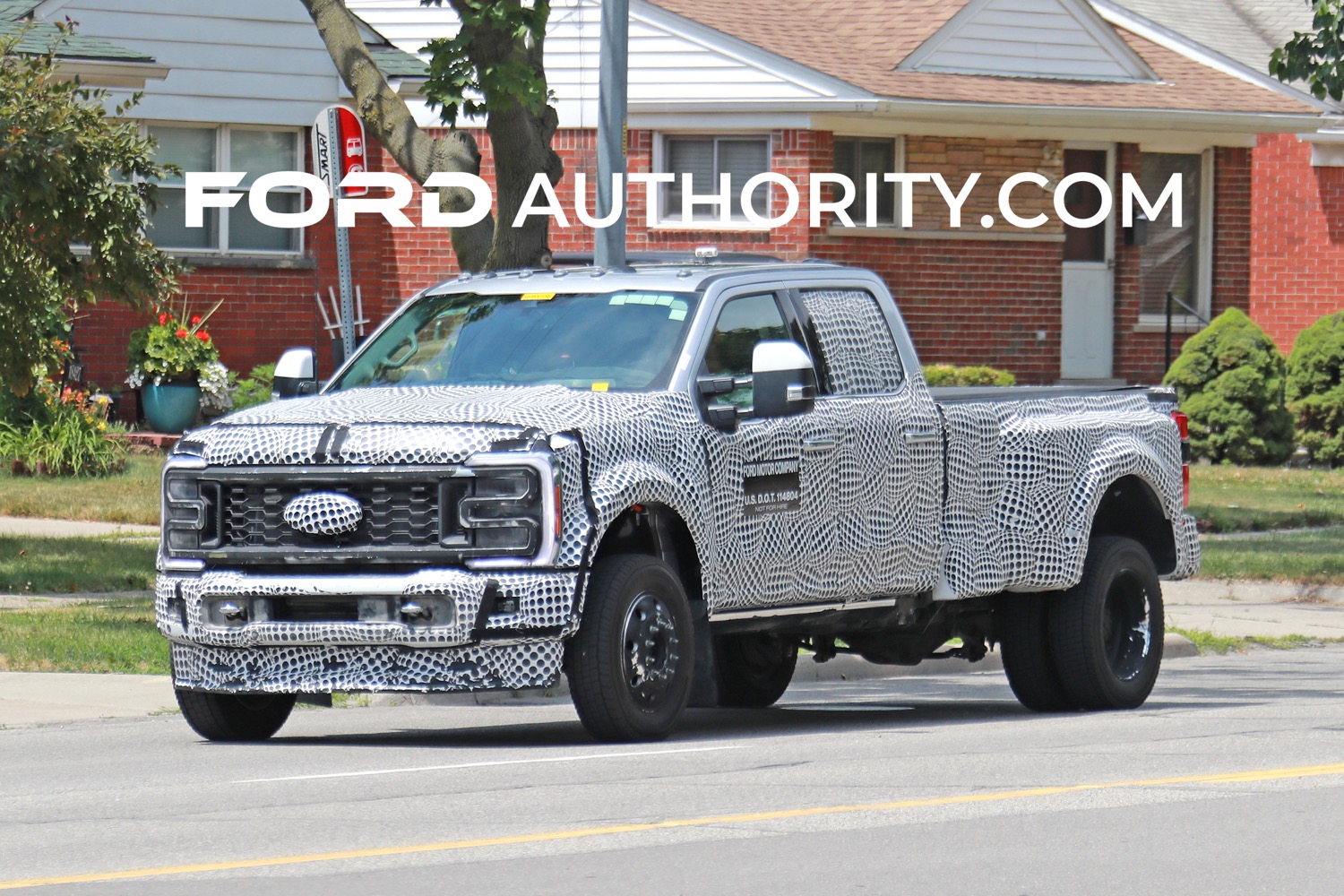 The 2023 Ford Super Duty brings substantial changes to the pickup’s forthcoming redesign. As previously reported by Ford Authority, prototypes of the upcoming heavy-duty pickup feature an integrated side bed step, allowing for easy bed access. Additionally, the upcoming Super Duty will feature a single binnacle layout as opposed to the dual-binnacle setup seen in the current models. We also know that it will not be offered with a hybrid powertrain, at least at the outset. Now, Ford Authority has determined that the Super Duty King Ranch pickup will get a “Running W” grille treatment – a first for the pickup. 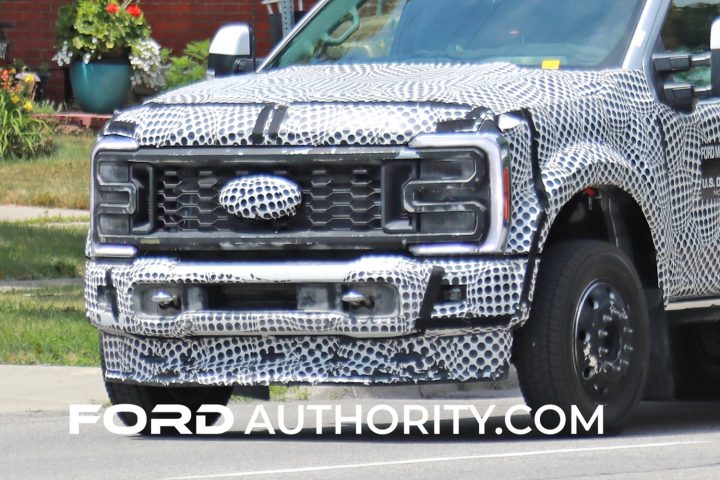 Notice that the trim around the headlights looks like a sideways capital “W,” the ends of which extend the length of the grille to the other side. This design really emphasizes the headlights, which are bracketed by The Blue Oval’s iconic “C-Clamp” lighting signatures. Also note the large nostrils, and the honeycomb grill treatment behind where the Ford logo will be on the production models. 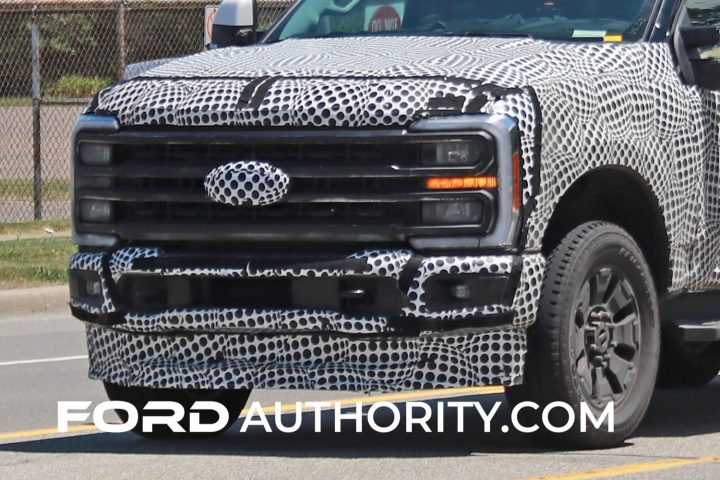 This “Running W” grille treatment is easily distinguishable from that of the 2023 Super Duty Lariat. On this pickup, instead of doubling back and forming a “W,” the middle horizontal part of the trim runs the length of the grille, forming two stacked rectangular shapes. The Super Duty XLT also features a unique grille, easily denoted by the vertical lines running through it that lend a grid-like appearance to the pickup’s front fascia. 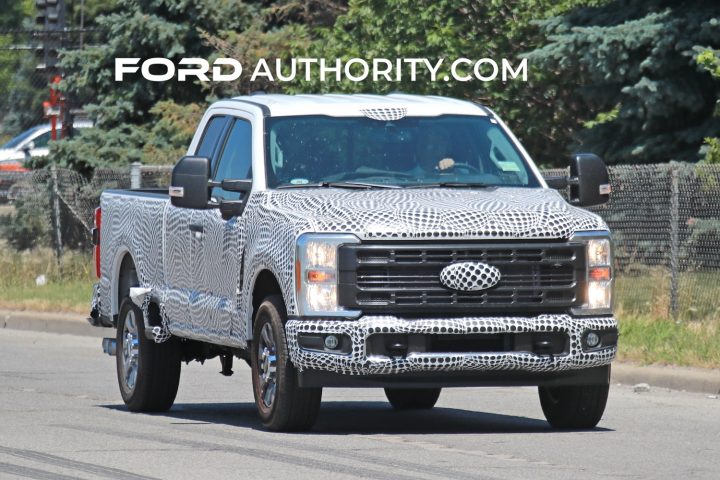 Sources have told Ford Authority that 2023 Super Duty order banks are set to open up on October 17th, 2022. Production is currently expected to begin at the Kentucky Truck plant on January 3rd, 2023, followed by kickoff at the the Ohio Assembly plant on February 13th, 2023.