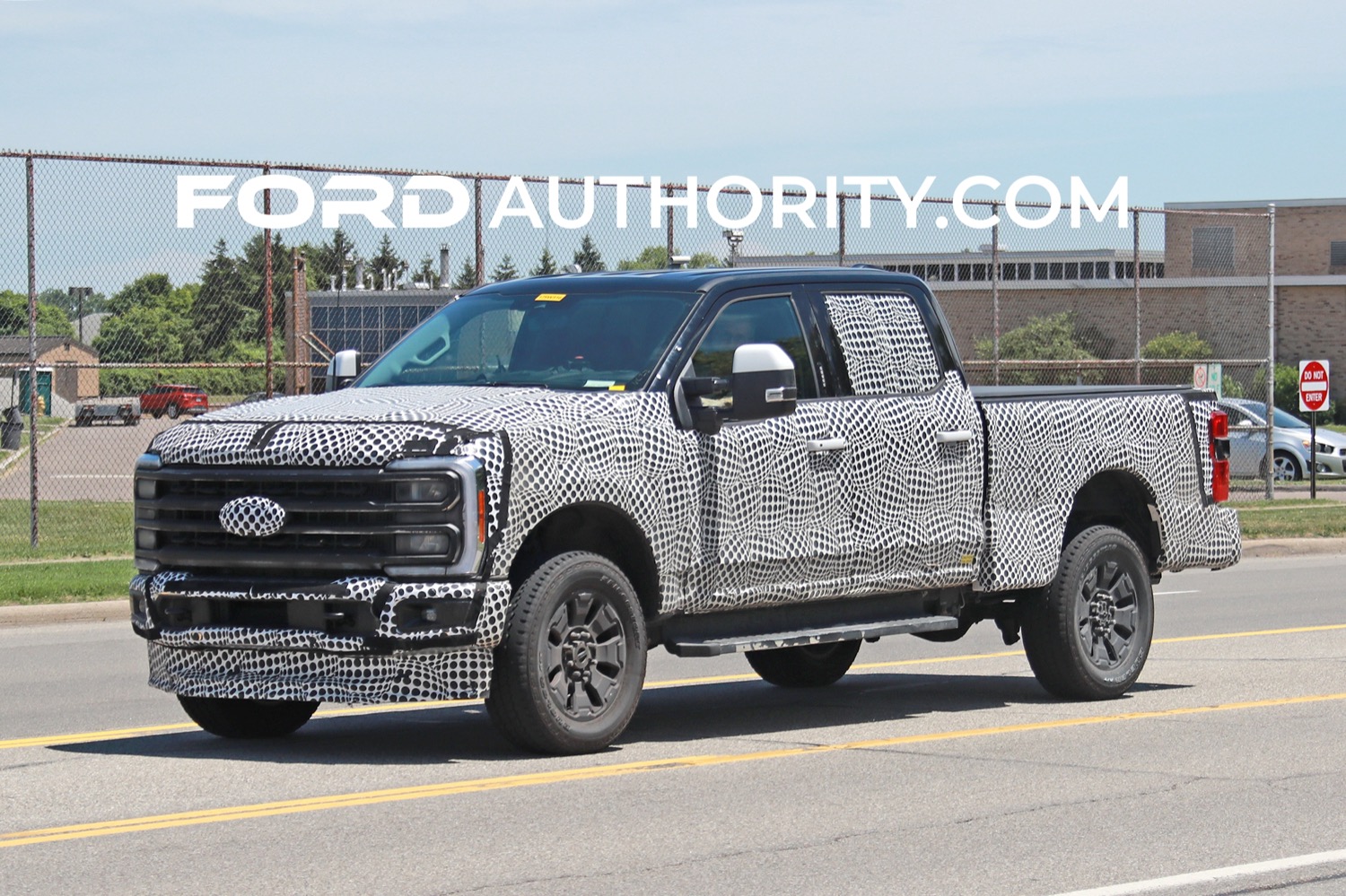 The 2023 Ford Super Duty has been spotted by Ford Authority spies in a number of configurations multiple times over the past several months, giving us a preview of what to expect from the refreshed model when it debuts. As Ford Authority reported last month, 2023 Ford Super Duty order banks are scheduled to open up on October 17th, 2022, with production following a few months later. Now, Ford CEO Jim Farley himself has revealed a rough timeline of when we can expect to see the 2023 Super Duty in the flesh. 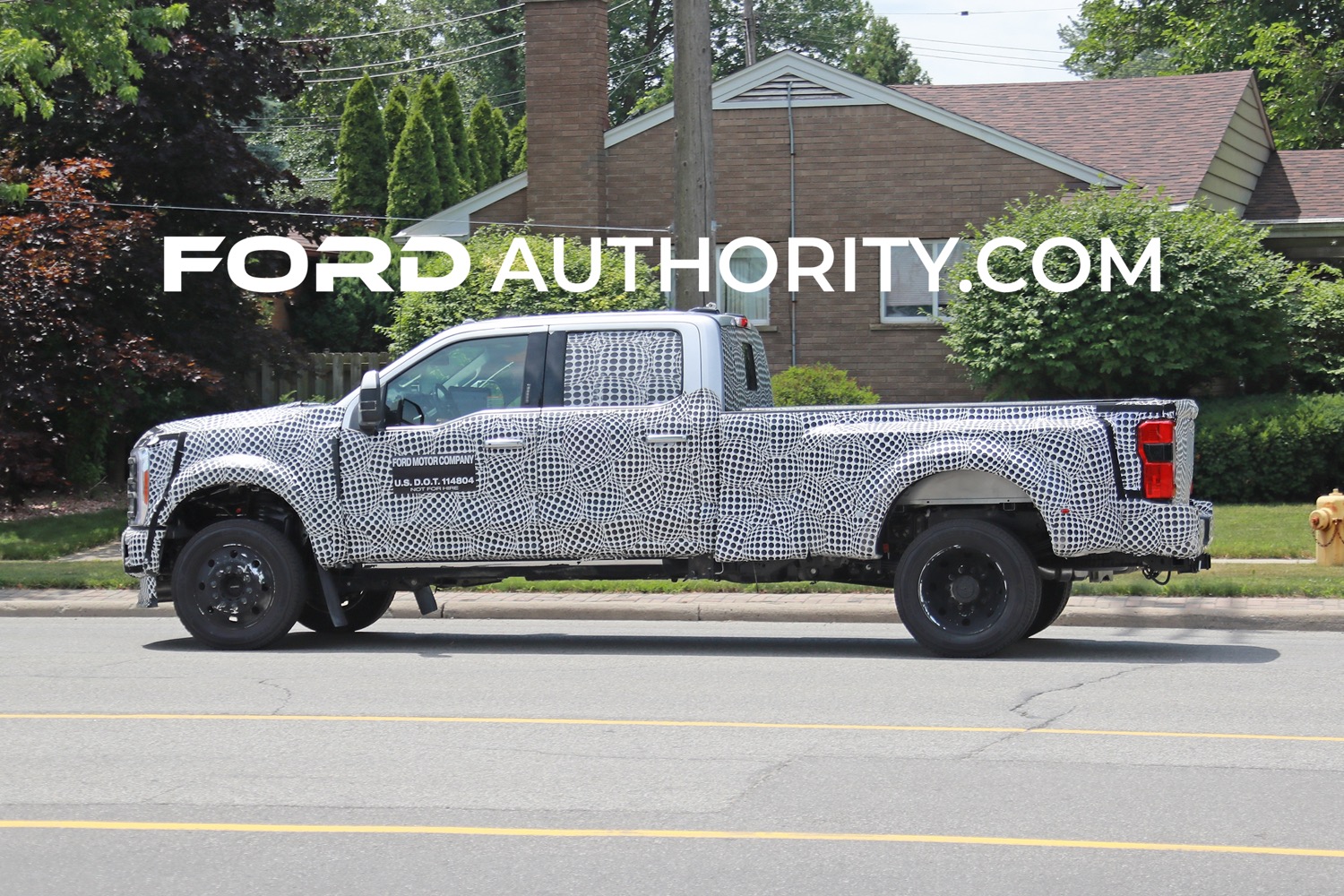 “And also, this fall, we’ll be introducing an all-new Super Duty pickup, the workhorse at Ford, and it sets a standard in our industry. There’s much more to come,” Farley said while speaking on the automaker’s Q2 earnings call.

Most recently, Ford Authority spies have spotted a 2023 Ford Super Duty F-450 dually, the rugged, off-road-focused Tremor for the very first time, and an F-350 XL regular cab model, giving us a look at a wide array of available configurations. Though all have been wearing a considerable amount of camo, we can clearly see that the refreshed pickup will sport a new front end design with C-clamp headlights and a revised grille, an integrated bed step, and restyled taillights in the rear. 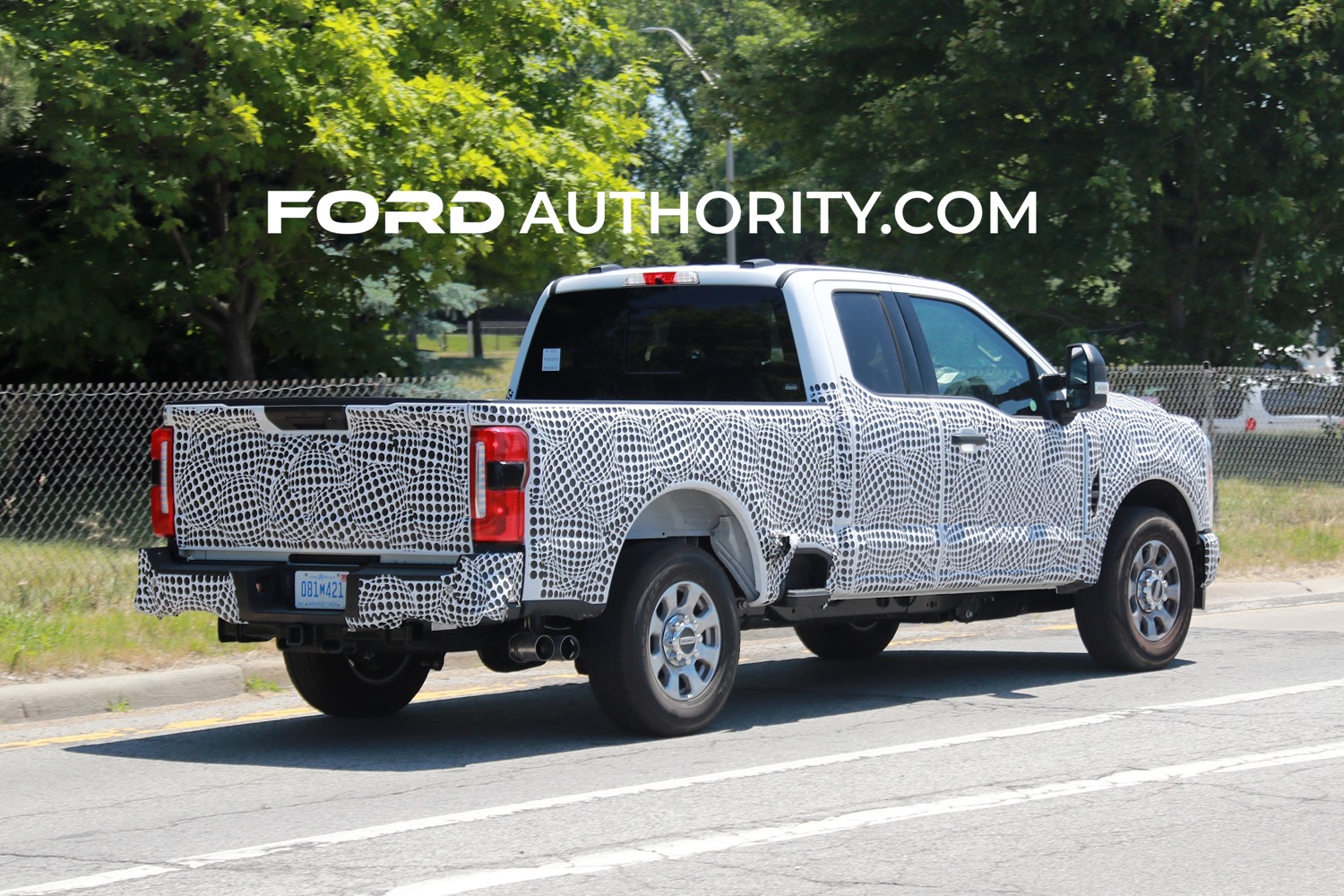 The interior of the 2023 Super Duty has also been spotted on multiple occasions, starting with a peek at the bare-bones XL cabin and an assembly line video showing off its Ford F-150 inspired treatment. More recently, Ford Authority spies gave us our first look at the truck’s single binnacle design, which is a big departure from the existing model’s dual binnacle layout. As for powertrains, the 2023 Super Duty will not be getting a hybrid option, as Ford Authority recently reported.