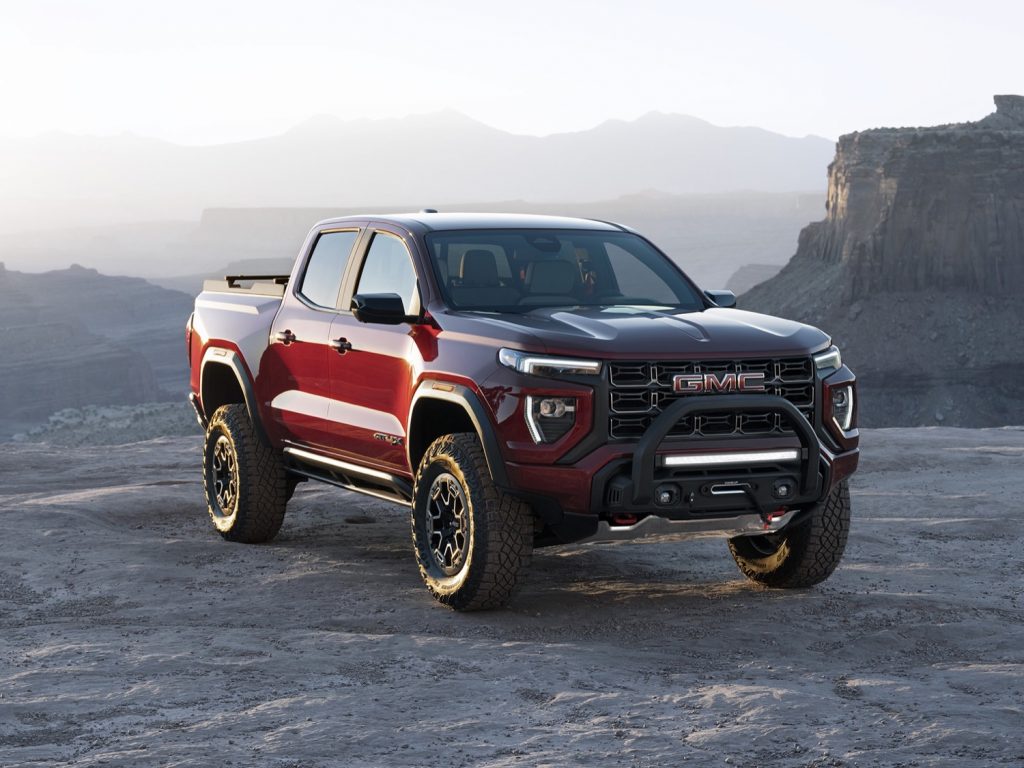 Last last month, the 2023 Chevy Colorado was revealed as an all-new next-generation Ford Ranger competitor ahead of the latter model’s launch in the U.S., which is set to happen next year. GM also debuted the next-gen ZR2, a high-performance off-roader that will compete directly with the new Ranger Raptor, which will also be launching in the U.S. for the very first time in 2023, likely for the 2024 model year. However, the Ranger/Ranger Raptor will be doing battle not only with the Colorado ZR2 and Toyota Tacoma TRD Pro, but also the new 2023 GMC Canyon and its off-road-focused AT4X variant, too. 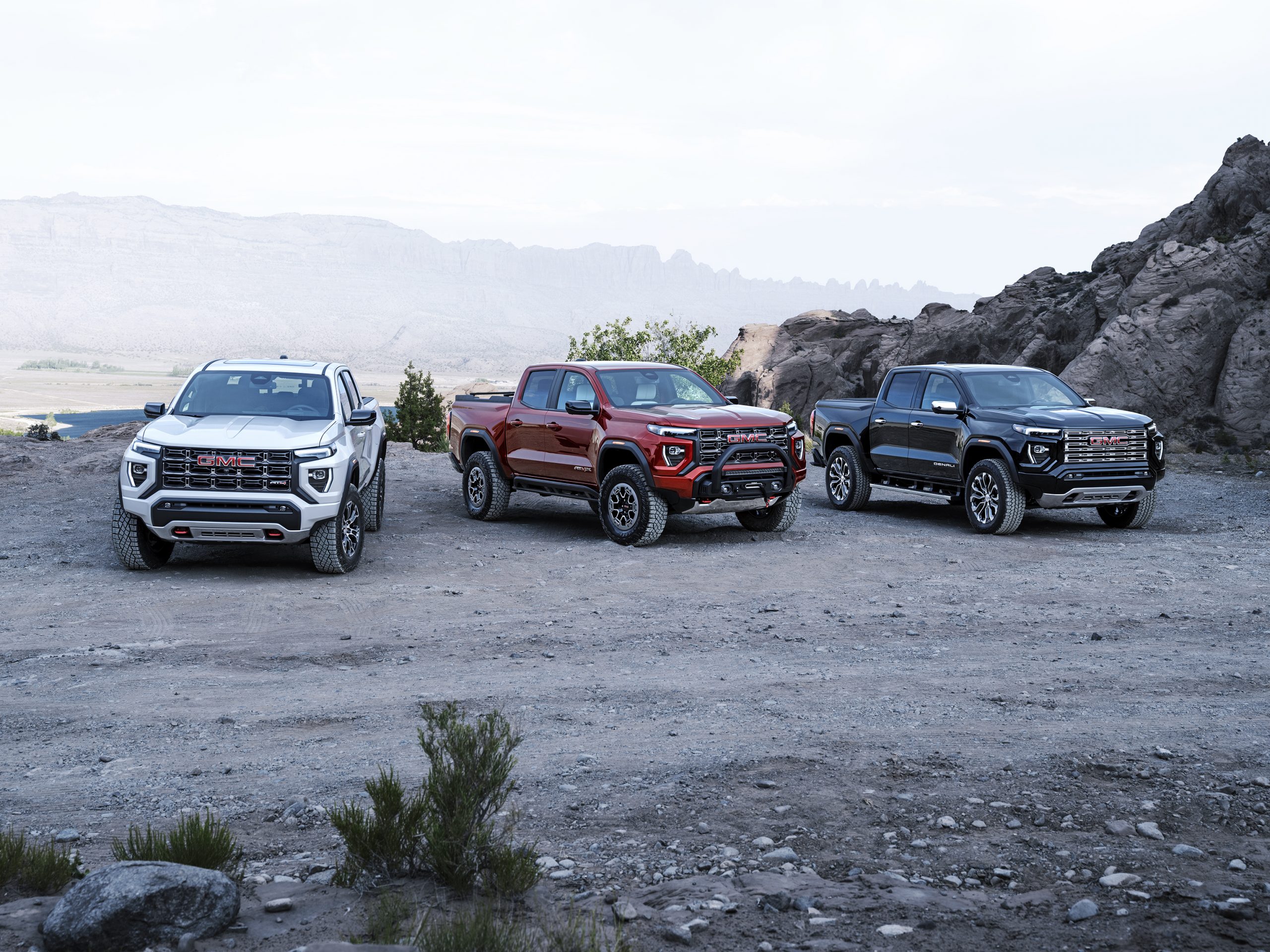 Like the 2023 Chevy Colorado, the 2023 GMC Canyon features sharper, edgier styling on the outside when compared to its predecessor, giving it a far more aggressive appearance. Taller and wider than the current-gen model, the new Canon also offers improved approach, departure and breakover angles for off-roading purposes, along with one single configuration – crew cab with a short bed, just like the Colorado. Elevation, AT4, and Denali trims sit two inches higher than before, while the AT4X has been lifted three inches. 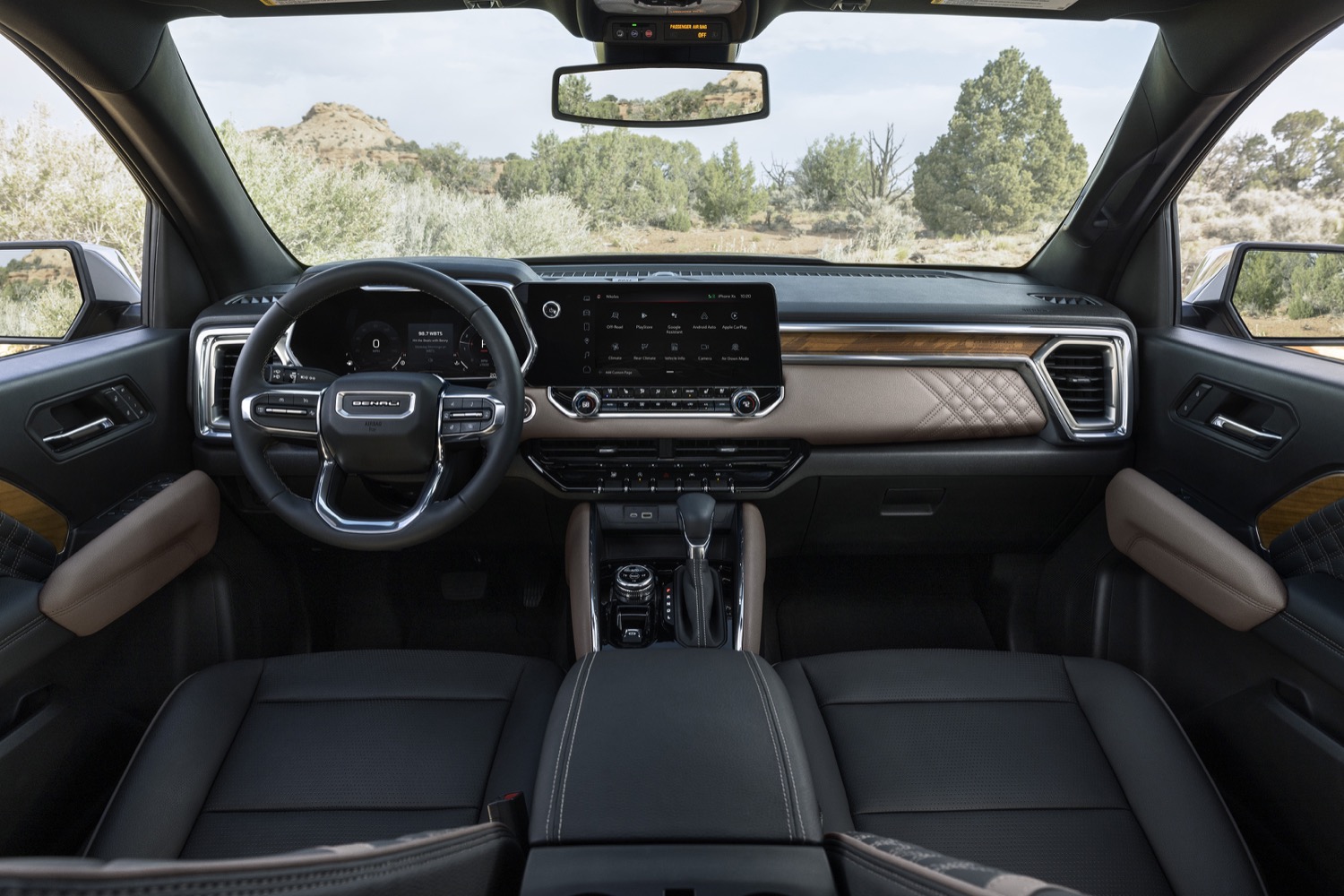 The third-generation 2023 GMC Canyon stays true to the brand’s more luxurious reputation with an all-new interior featuring a head-up display for the AT4X and Denali, as well as an 11.3-inch infotainment screen and an 11-inch digital gauge cluster  for higher trims, while lesser models get a smaller eight-inch gauge display. Denali models also receive open-pore wood on the dash with a laser-etched design, along with quilted leather on the dash, seats, and door panels.

In terms of powertrains, the 2023 GMC Canyon gets one, like the Colorado – GM’s turbocharged 2.7L four-cylinder powerplant, but unlike its Chevy counterpart, is only available with one output across the board – 310 horsepower and 430 pound-feet of torque. Mated to an eight-speed automatic transmission, the Canon offers up to 7,700 pounds of max towing capacity. Wheel and tire options range greatly by trim, from 17-20 inches, with the off-road-oriented AT4X riding on 285/70R-17 Goodyear Wrangler Territory MT rubber. 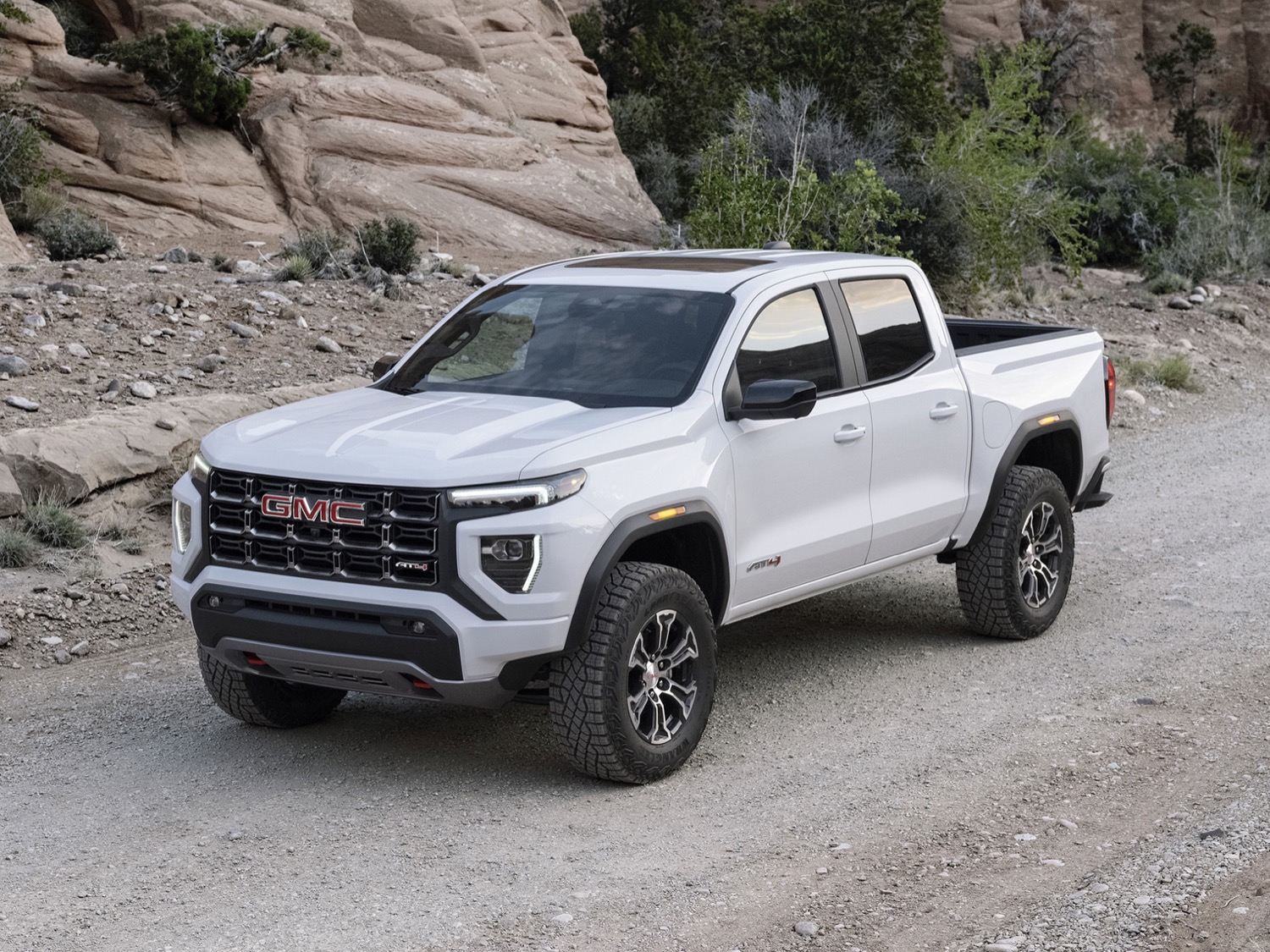 Pricing for the 2023 GMC Canyon will start out at around $40,000, while the range-topping AT4X Edition 1 – which adds a host of goodies including a front bash bar, skid plate, a 30-inch light bar in the front grille, 17-inch beadlock wheels, a winch, and unique badging – will cost buyers at least $63,350. Production is currently scheduled to begin in early 2023, with the AT4X following in the spring.