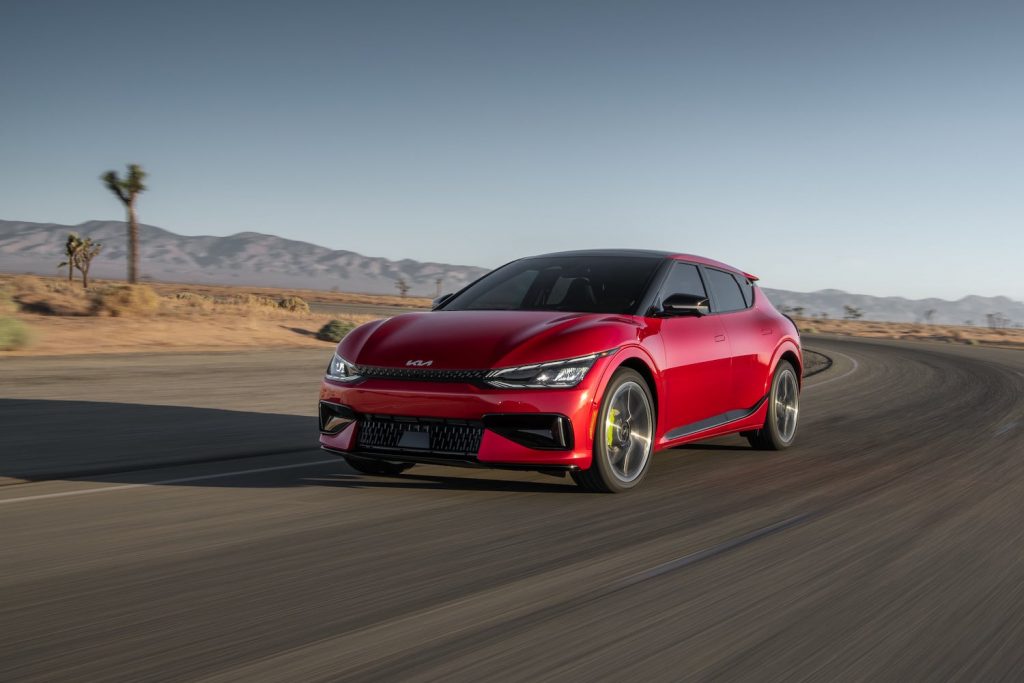 Kia – like many automakers these days – is in the midst of an electrification transformation, previously benchmarking the Ford Mustang Mach-E and revealing a direct competitor to that EV crossover – the EV6. At that time, Kia announced that it would also be launching a high-performance variant of that model dubbed the EV6 GT, but only revealed that it would generate 546 pound-feet of torque and be capable of accelerating from 0-62 miles-per-hour in 3.5 seconds. Now, the U.S.-spec 2023 Kia EV6 GT has been revealed in its entirety as a proper rival for the Ford Mustang Mach-E GT. 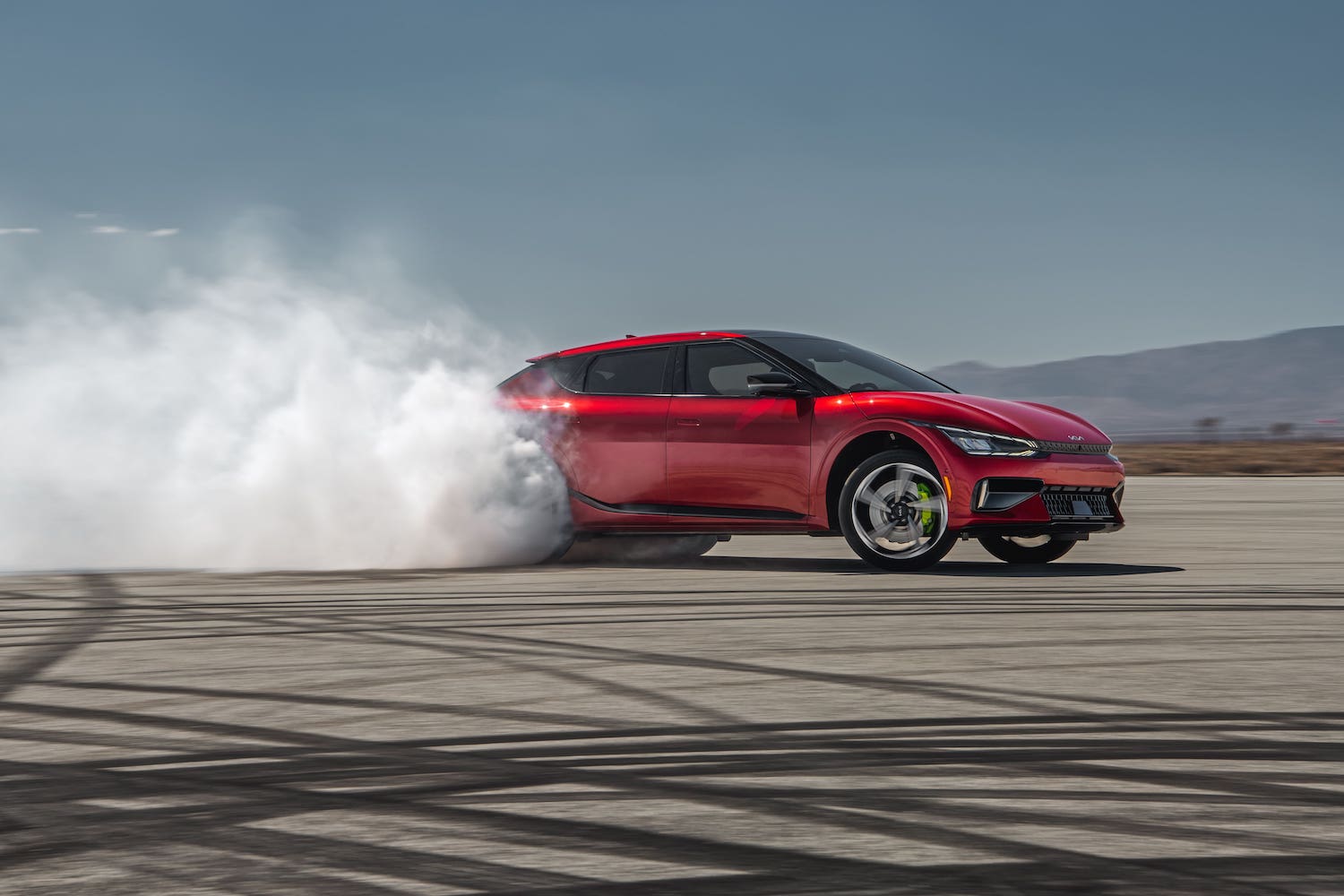 Touting an output of 576 horsepower and the aforementioned 546 pound-feet of torque flowing through all four wheels, the 2023 Kia EV6 GT is the most powerful vehicle of any kind ever produced by the South Korean manufacturer. That’s good enough to propel it to 60 miles-per-hour in an estimated 3.4 seconds, just a click faster than the Mach-E GT Performance Edition, while it will also hit a top speed of 161 mph. As Kia humorously points out, that makes the EV6 GT quicker than the Ferrari Roma and Lamborghini Huracan Evo Spyder in rear-wheel drive configuration. 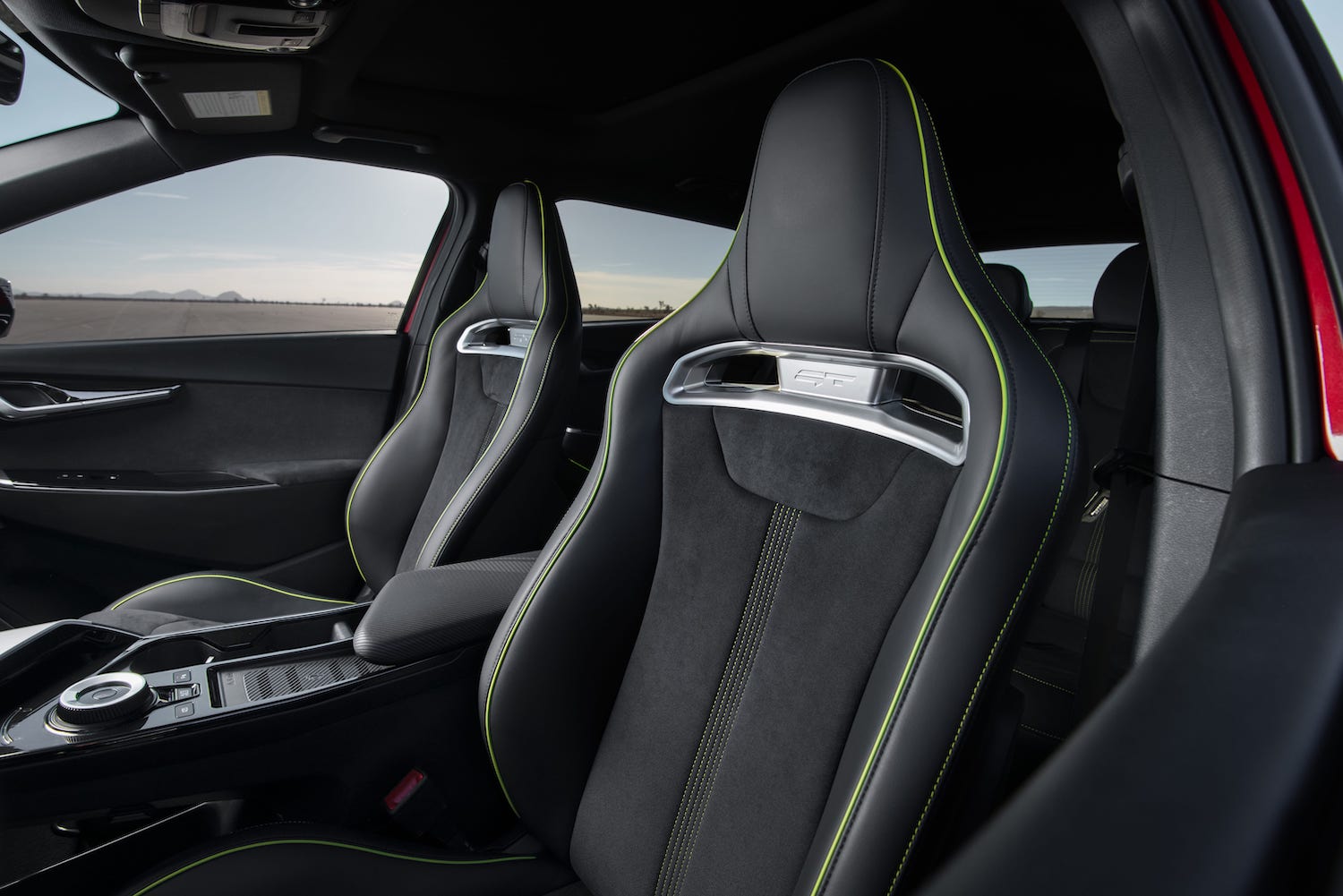 Other performance highlights on the GT include 21-inch wheels wrapped with Goodyear Eagle F1 tires, adaptive dampers, bigger brakes, and an electronically controlled limited-slip differential, as well as a drift mode for those that want to burn up those tires even quicker. Inside the cabin, sport seats, GT logos, and neon green embroidery set the performance EV apart from its less-exciting brethren, too. 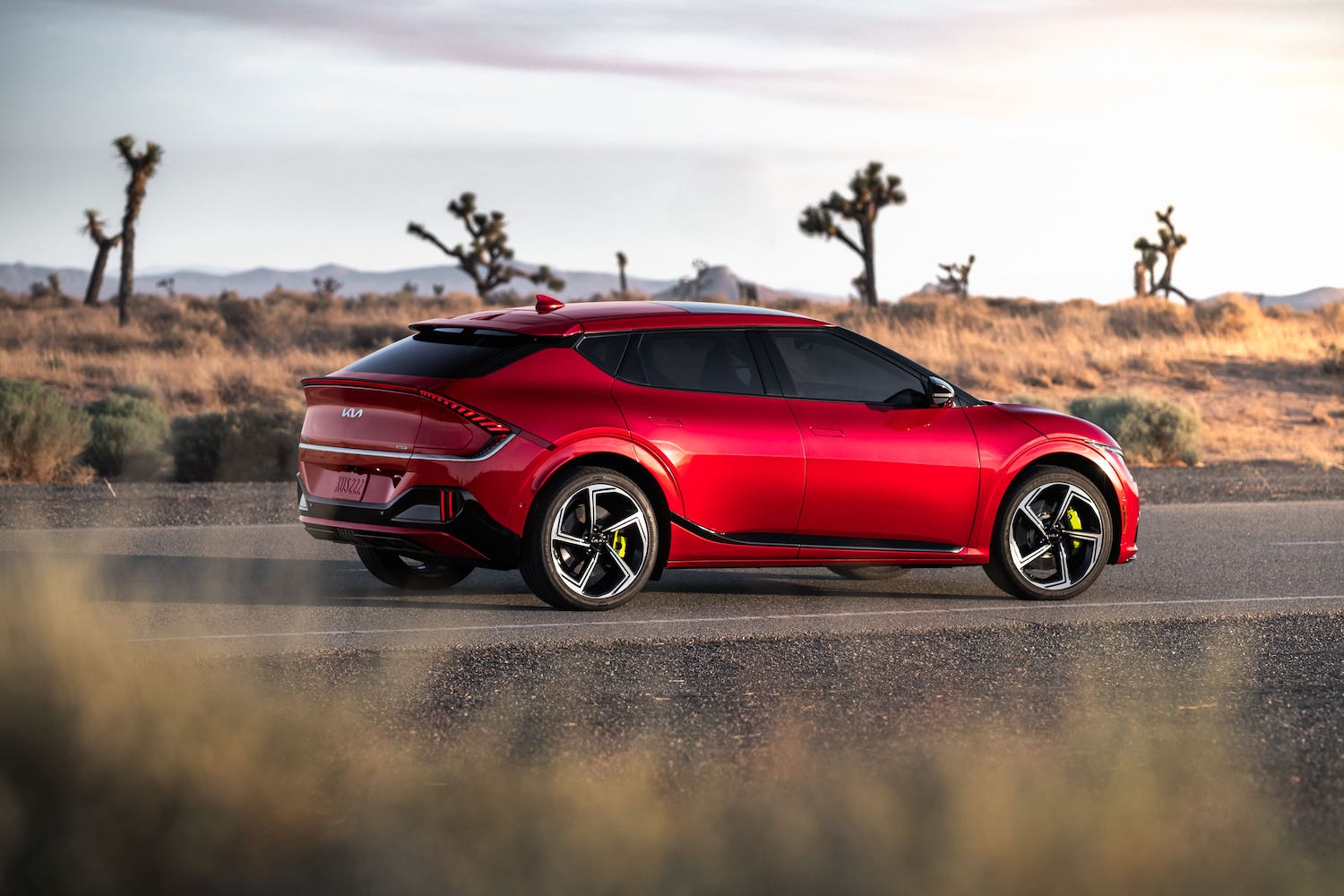 Equipped with the same 77.4 kWh battery pack as regular EV6 models, the GT does force buyers to make a bit tradeoff for that performance, however. Range comes in at just 206 miles on a single charge, which is a whopping 104 miles less than the the rear-wheel-drive Long Range model at 310 miles. Regardless, the 2023 Kia EV6 GT will offer plenty of punch for those seeking a performance-oriented EV crossover when it launches in the U.S. later this year, though pricing has yet to be announced.

We’ll have on everything Ford’s competition is up to soon, so be sure and subscribe to Ford Authority for more Mustang Mach-E news and comprehensive Ford news coverage.