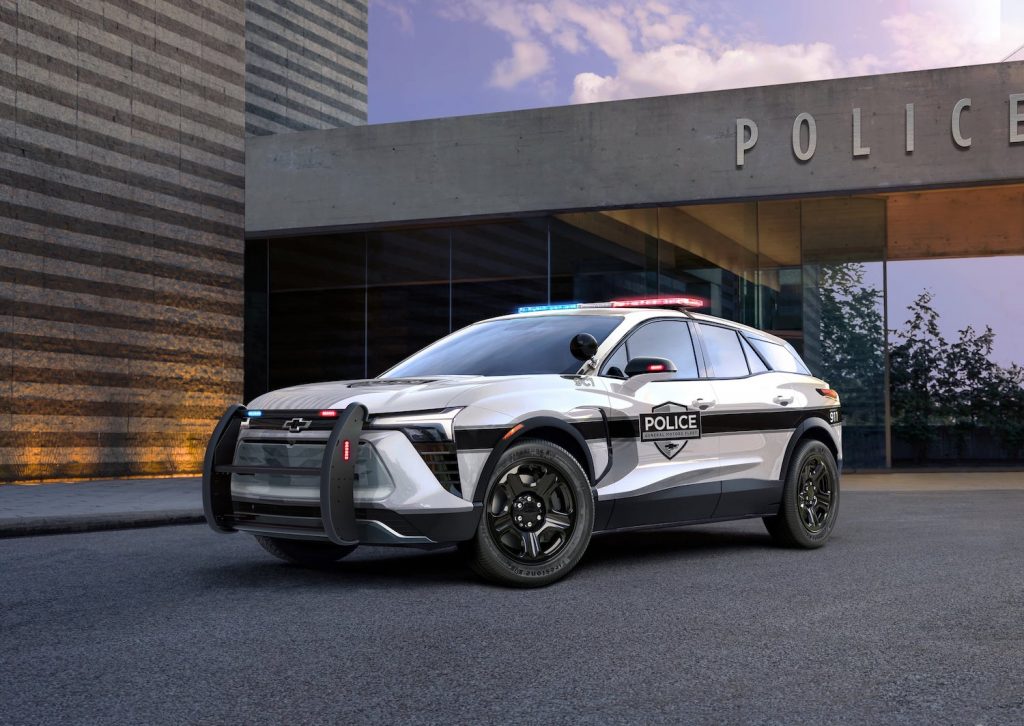 The 2024 Chevy Blazer EV was revealed last month as an all-electric version of the ICE-powered Blazer crossover and a direct rival to the Ford Mustang Mach-E, with a high-performance SS variant to boot. Now, the 2024 Chevy Blazer EV PPV (Police Pursuit Vehicle) has been unveiled as the brand’s first-ever pursuit-rated all-electric vehicle, giving law enforcement agencies more choices in that regard. It also figures to compete directly with the Mach-E, as though Ford has only built one prototype police version of that model, a number of agencies have already added the EV crossover to their fleets, while the Ford F-150 Lightning Pro PPV remains the only official all-electric police offering from The Blue Oval at the moment. 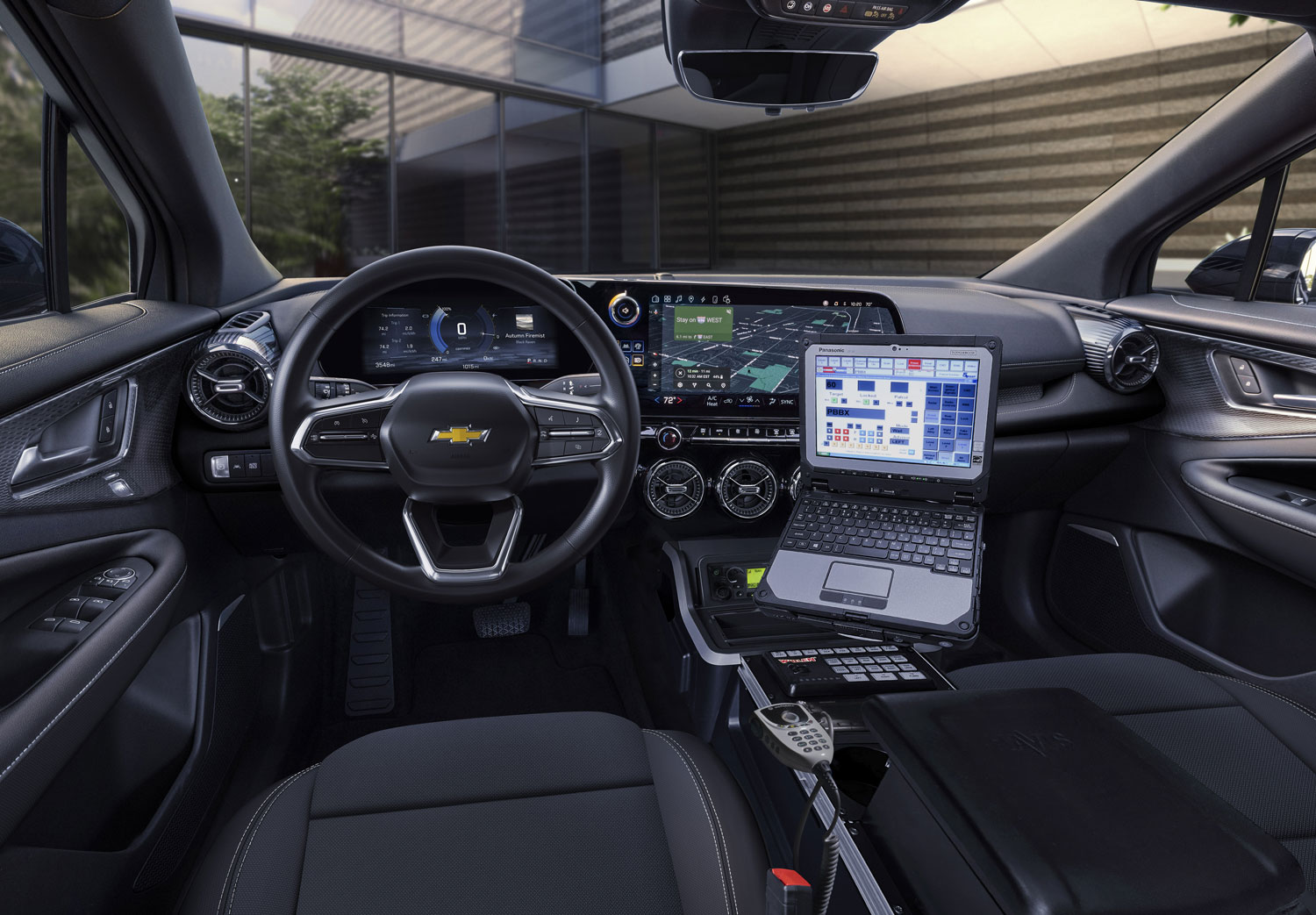 As for the 2024 Chevy Blazer EV PPV, it’s being marketed as a way for police departments to help cities meet their emissions targets while also offering the reliability and performance of any other police vehicle, albeit with fast-charging technology to boot.  The police version of the EV crossover is based on the high-performance SS, which means that it comes with goodies including Brembo brakes a larger battery pack.

The PPV version of the Blazer EV is then fitted with a host of police-specific equipment, including skid plates, police-rated tires, steel wheels, additional emergency equipment support, and is capable of light-duty towing and accommodating bicycle racks when equipped a dealer-installed Class 1 trailer hitch. The rear cargo area is larger than the civilian version, and the Blazer EV PPV comes with a standard Rear Camera Mirror, vinyl flooring, a police-spec center console, and a vinyl rear seat. However, the optional 9C3 Street Appearance package adds carpeting, a civilian-spec center console, and cloth rear seats. 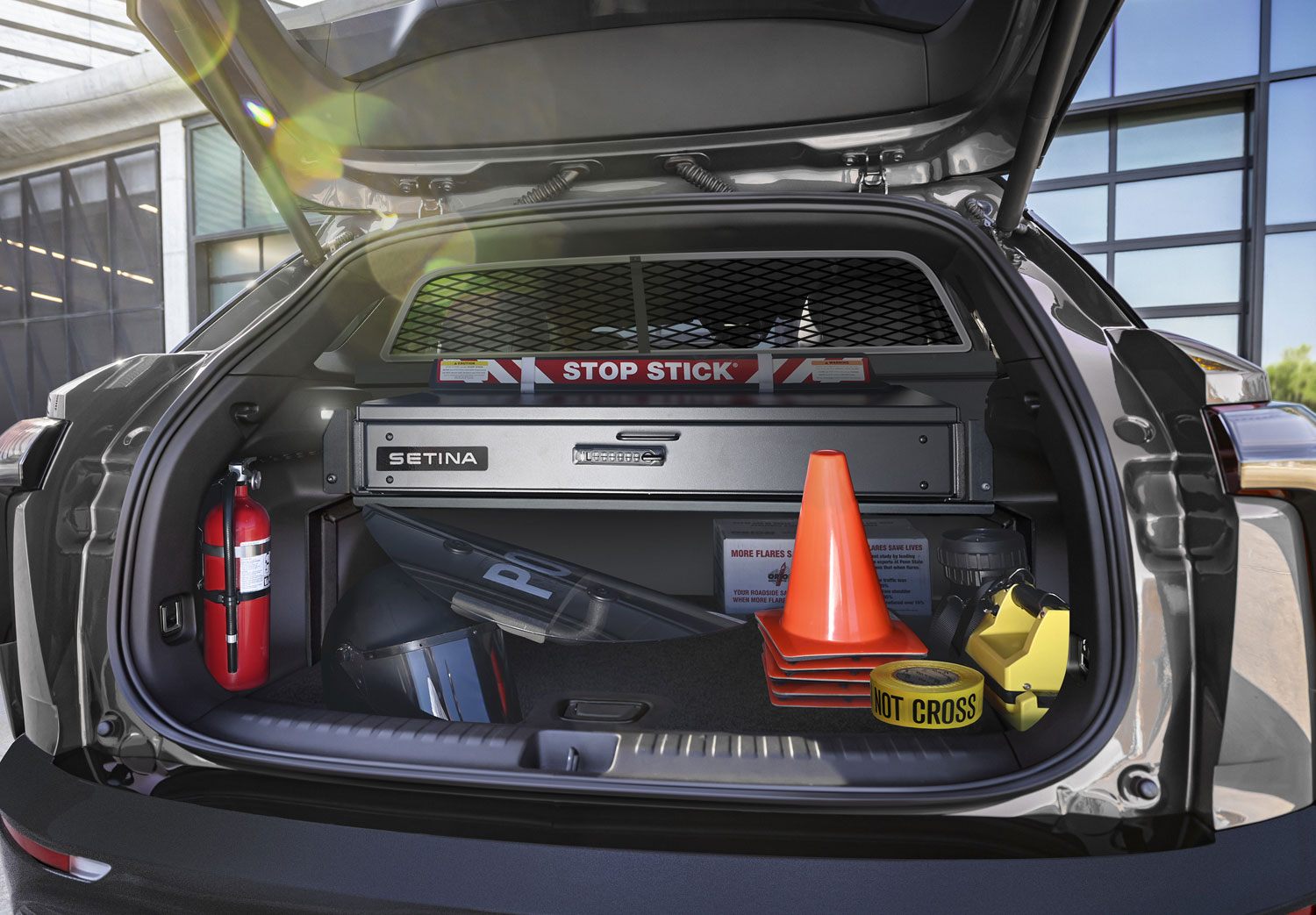 The Blazer EV PPV features unique front seats designed to be comfortable for long days on the beat, as well as capable of accommodating duty belts and wearable gear. The steering wheel is fitted with unspecified buttons that can be programmed to work with department radios and emergency warning equipment, while a spot lamp is also available. A standard upfitter wiring harnesses similar to the one present in the Chevy Tahoe PPV is present to further aid in customization.

GM will provide more information about the 2024 Chevy Blazer EV PPV – including pricing and order guide availability – in mid-2023, while production is expected to start in Q1 of 2024.