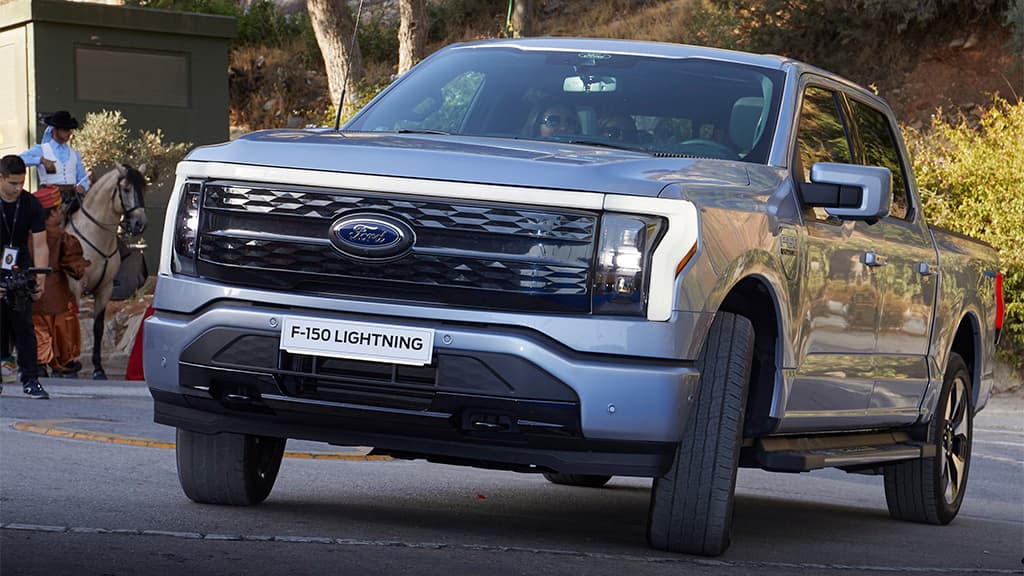 In recent months, more than one famous person has publicly declared their desire to own a Ford F-150 Lightning, including life-long Blue Oval fan Dwayne “The Rock” Johnson (who also wants a Ford Bronco Raptor, too), as well as legendary director Francis Ford Coppola. Now, another celebrity has at least gotten the chance to drive a Ford F-150 Lightning, as movie star Antonio Banderas recently rolled up to the Starlite Gala in Marbella, Spain behind the wheel of the electrified pickup. 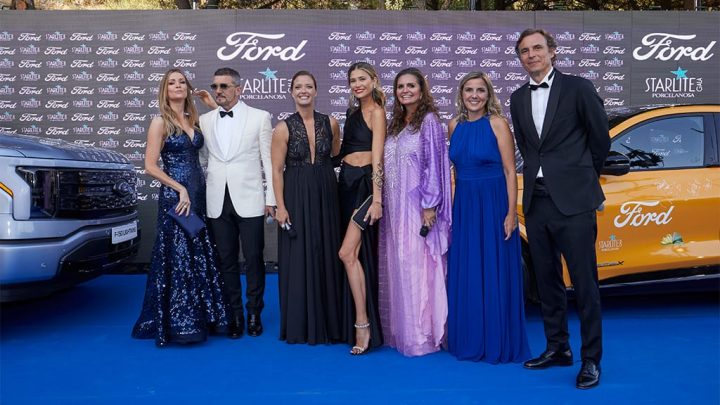 Banderas was joined at the event by his partner Nicole Kimpel, model and entrepreneur Carla Pereyra, and the head of Starlite, Sandra García-Sanjuán. Cristina del Rey, Public Affairs Director of Ford Spain, and Antonio Chicote, Product Communication Manager of Ford Spain, also attended. This year’s event was presented by model Valeria Mazza and featured performances by Andrea Bocelli and Chucho Valdés. Actor Richard Gere and his wife Alejandra Silva were also among the many celebrities in attendance.

Ford Spain has been actively supporting the Starlite Gala for the past 13 years as part of its wide-ranging commitment to corporate social responsibility activities. The Gala is a major source of funding for the Starlight Foundation, which was established by Banderas to raise funds for philanthropic projects. 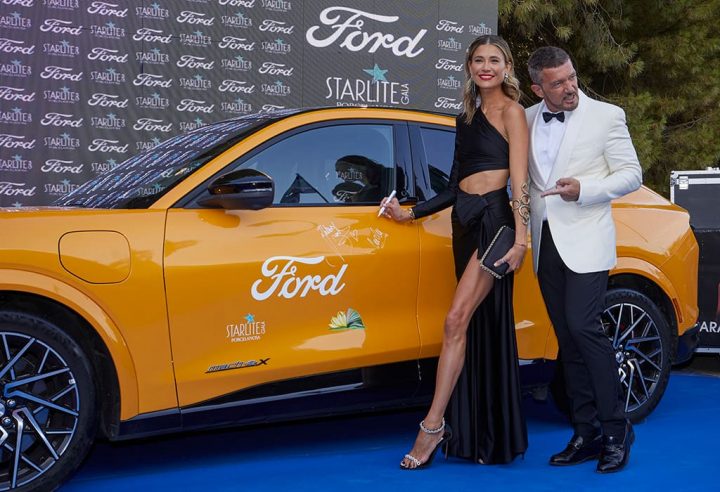 The Ford F-150 Lightning wasn’t the only Blue Oval EV to make an appearance at the event, however, as it was also joined by a Ford Mustang Mach-E that Banderas autographed and apparently developed an affinity for during his brief time with it. “Banderas had a bit of a crush on the Mach-E GT,” del Rey said. “Before autographing the vehicle, he asked if the car was for him.”