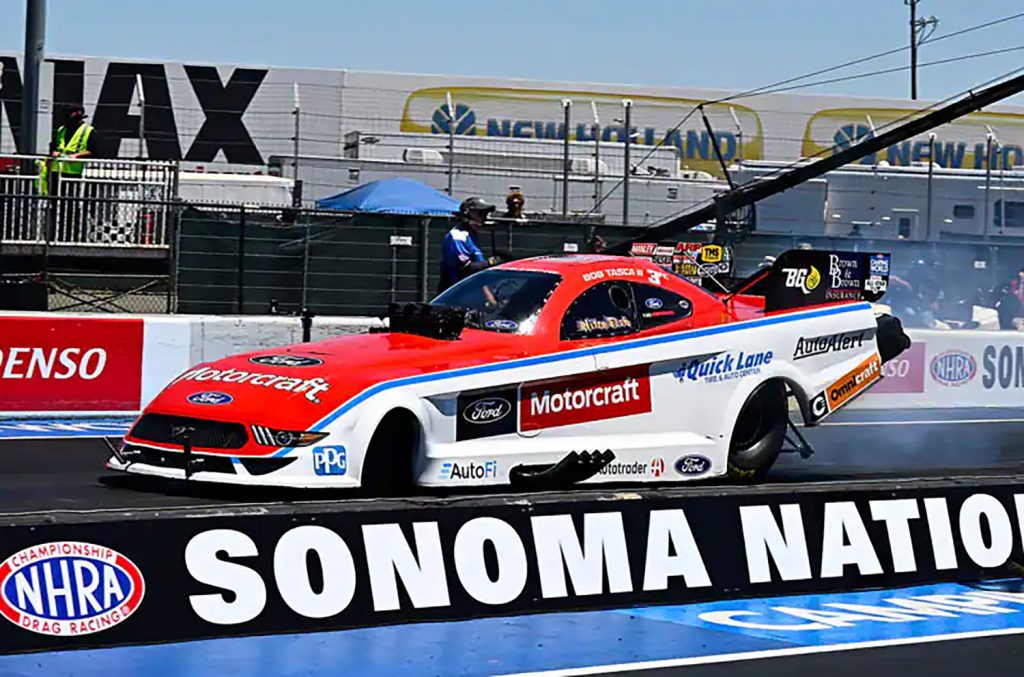 The 2022 NHRA season hasn’t gone quite as Bob Tasca III and his Ford Racing team would have hoped, but he finally nabbed his first victory this season at the Sonoma Nationals in the Nitro Funny Car class on July 24th, 2022. 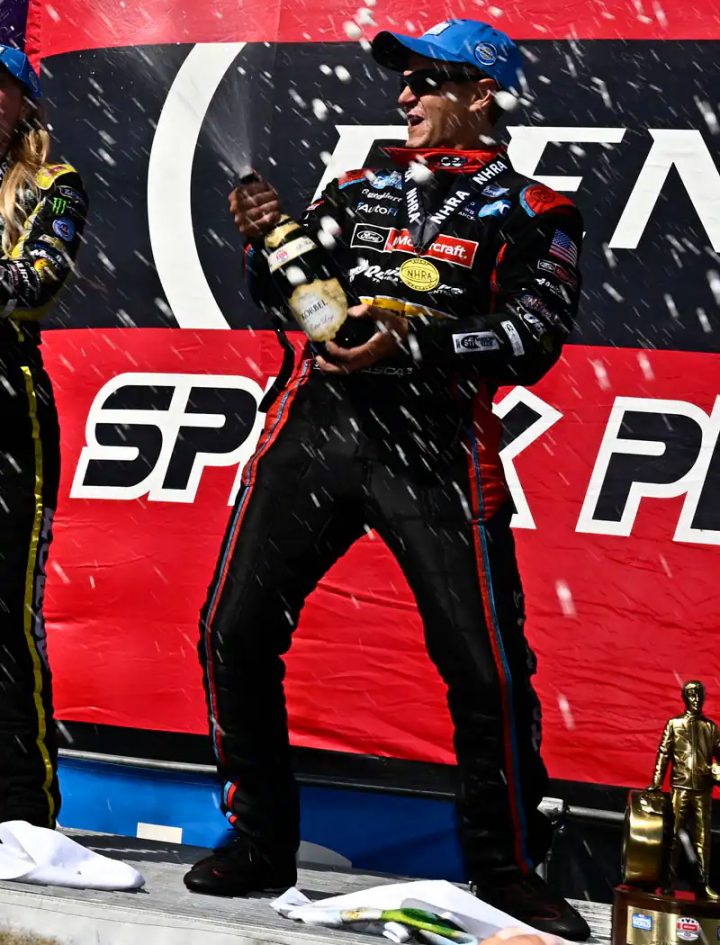 Tasca’s Ford Mustang Funny Car was the fastest off the starting line, laying down a blistering 3.911 ET run and topping out at a whopping 325.61 mph. This time was good enough to bump Tasca’s boss, John Force, from the victory, along with Robert Hight, the current Nitro Funny Car series leader.

“First, I want to apologize to all of those Ford fans out there because it took way too long to get this Ford Mustang in the winner’s circle this season,” said Tasca after the event. “The guys worked hard through the early and middle part of the season as this is what it turned into. You almost didn’t need a driver today. That’s how awesome that car ran. I’m so excited for Ford, Motorcraft and Quick Lane.”

Tasca admitted that he didn’t feel like he and his Ford Racing team had a handle on the car’s setup heading into the event, but by the final round, the Mustang Funny Car was dialed in. Tasca gave credit to his team, who kept the race car’s handling tuned up as the Sonoma Raceway’s temperature fluctuated throughout the day in the Californian sun. 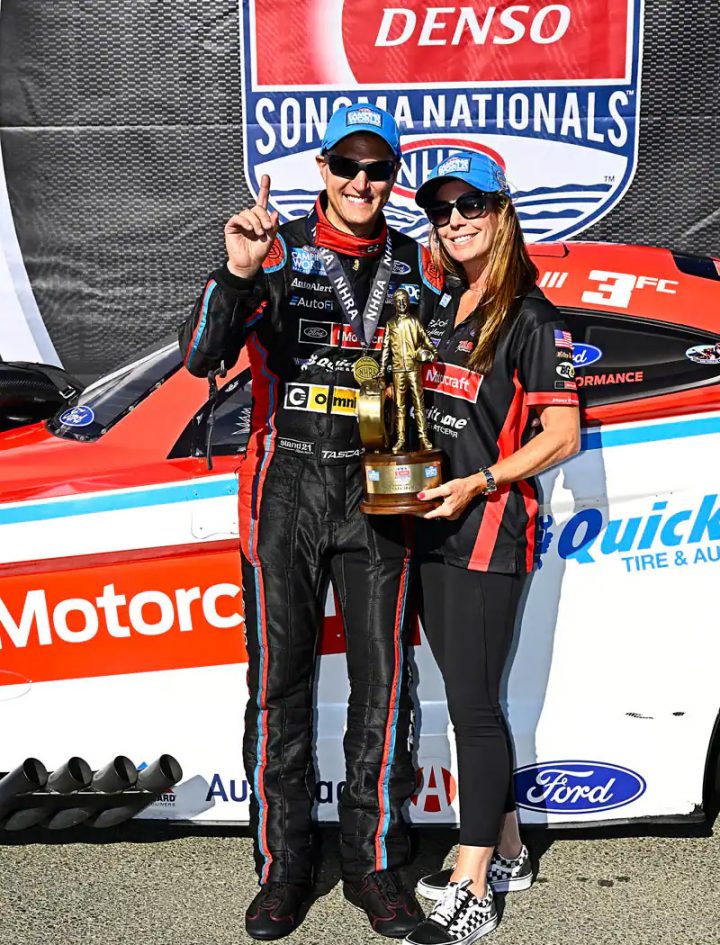 “At some points during this season we looked kinda silly,” Tasca said. “I got emails from fans that asked if we had forgotten how to race.”

When he’s not racing, Tasca works with Ford to attract, train, and retain automotive technicians in the industry. He spends time speaking to students who participate in the NHRA Youth and Education Services (YES) programs, and takes part in pre-race hospitality for current Ford technicians.

We’ll have more on all things Ford motorsports soon, so be sure and subscribe to Ford Authority for more Ford racing news, Ford Mustang news and non-stop Ford news coverage.