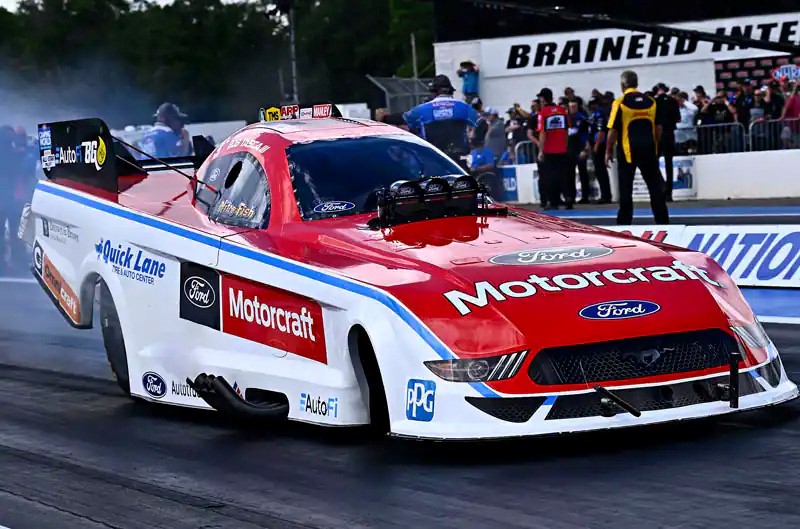 Bob Tasca III and his Ford Racing team hit their stride this last weekend, claiming the overall victory at the NHRA Brainerd Nationals in Minnesota.

Winning on August 21st, 2022 marked the second consecutive victory for Tasca and his race-prepared Mustang. Not only that, but it’s his third victory in the last four races in the Nitro Funny Car class. Tasca went head-to-head with big names in the sport, knocking current points leader Robert Hight out in the semifinals and defeating defending 2021 Funny Car champion Ron Capps. In the latter run, Tasca’s Ford Racing machine trailed Capps for the first hundred feet, then settled into a cool 329.42 mph, clocking in a 3.945-second run to the win with an 11-foot margin of victory. 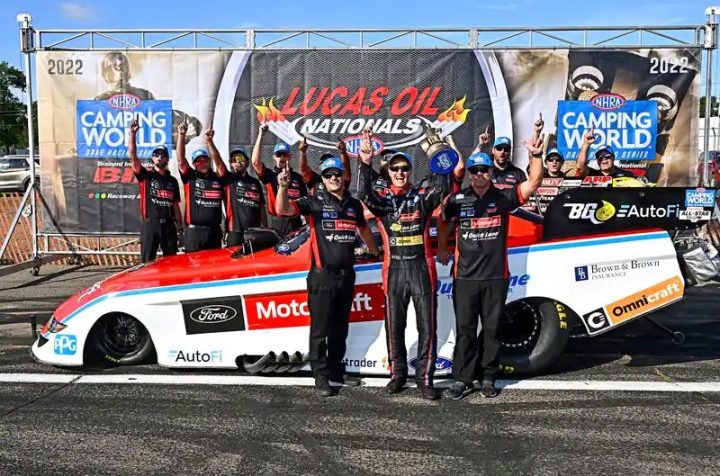 “Everyone wants to know how we’re doing it,” said Tasca after his win. “You go replay the starting line and watch those guys jumping up and down. They’re the reason why we’re doing it. These drivers out here, we’re five percent of the equation. It’s a team. This Motorcraft/Quick Lane team executed flawlessly – crew chiefs Mike Neff and Jon Schaffer – I’m blown away. I’m so excited for Ford, that Blue Oval, Henry Ford, Bill Ford, Edsel Ford, the whole Ford team, [and Ford CEO] Jim Farley. They’re so excited about what we’re doing out here. What a weekend!” 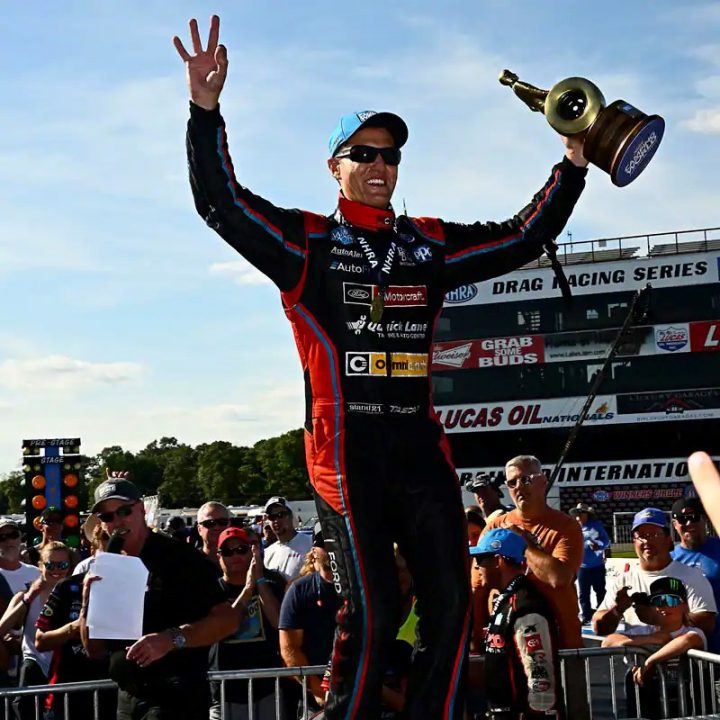 Currently, Tasca’s Ford Racing team sits fourth in the overall points standings. The regular NHRA season will conclude on September 5th at the U.S. Nationals in Indiana. Tasca is locked into the championship already, which will consist of six postseason races. The overall champion will be decided in November, and if he wants a shot at the trophy, Tasca will have to keep his Ford Racing team’s momentum going.

We’ll have more on all things Ford motorsports soon, so be sure and subscribe to Ford Authority for more Ford racing news, Ford Mustang news and non-stop Ford news coverage.