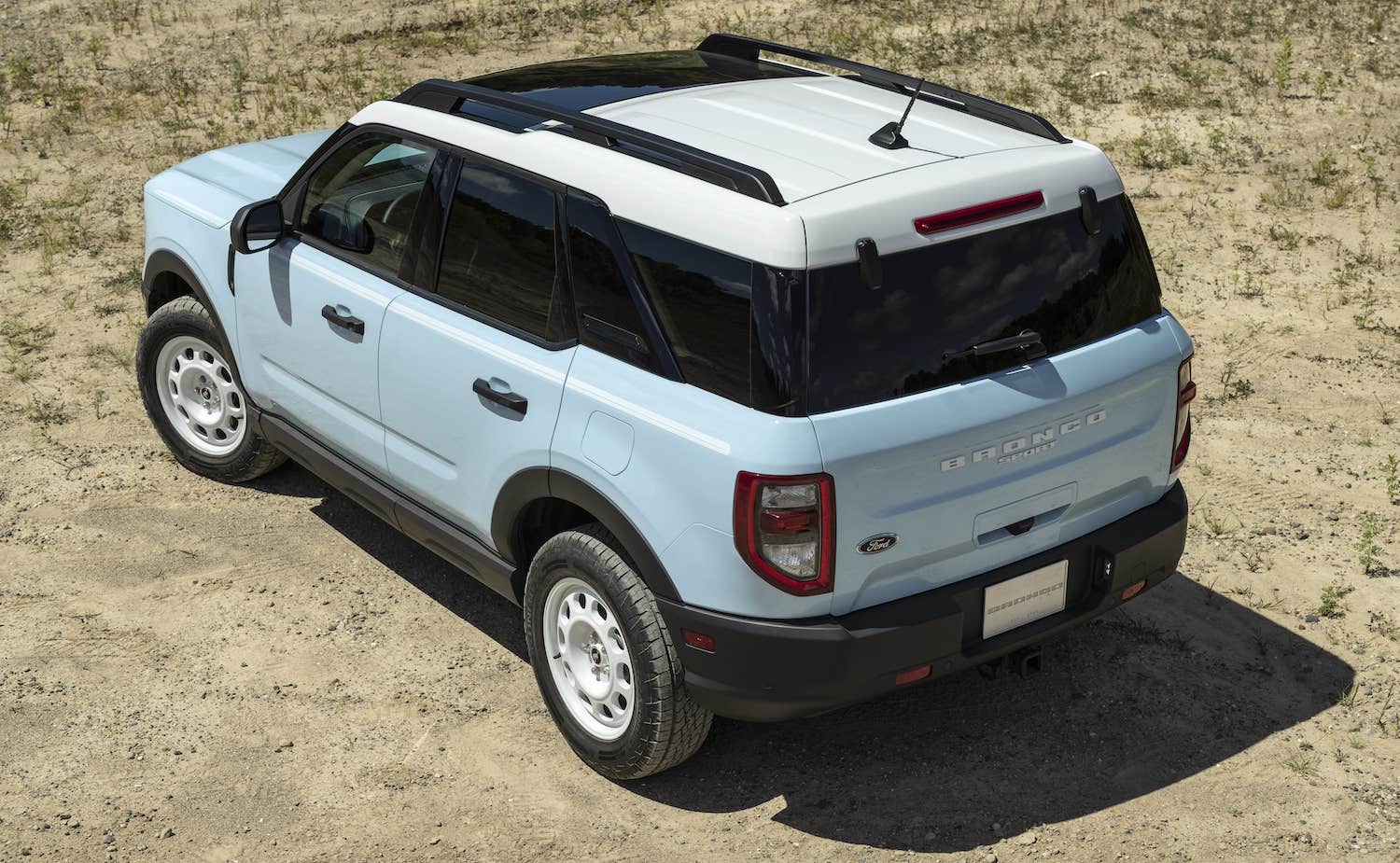 During the reveal for both Ford Bronco Heritage Edition models, The Blue Oval stated that Peak Blue will be available for the 2024 model year, which effectively serves as confirmation that both models will last beyond 2023. Additionally, both of these offerings are trim levels, not optional packages, as the Heritage is based on the Big Bend trim and the Heritage Limited is based on the Badlands in both cases. Given the fact that these are limited-edition models, a return in 2024 wasn’t a guarantee by any means, particularly as Ford seems keen to make changes to the Bronco lineup with each passing year.

Both the Bronco and Bronco Sport Heritage Edition models feature a host of unique features inside and out that help each stand out from the rest of the lineup. On both versions, those include a host of Oxford White accents, as well as unique wheels and interior treatments.

The 2023 Bronco Sport Heritage and Heritage Limited edition models are available to order for all customers now, while 2023 Bronco two- and four-door models will go on sale later this year, with initial orders prioritized for current Bronco order holders awaiting their vehicle, as Ford Authority reported earlier this week. Orders will open to all customers next year, regardless of current reservation status. The Bronco Sport Heritage Edition features an MSRP of $34,245, while the Heritage Limited starts at $44,655. The Bronco Heritage will start at $44,305, while the range-topping Heritage Limited is priced at $66,895.