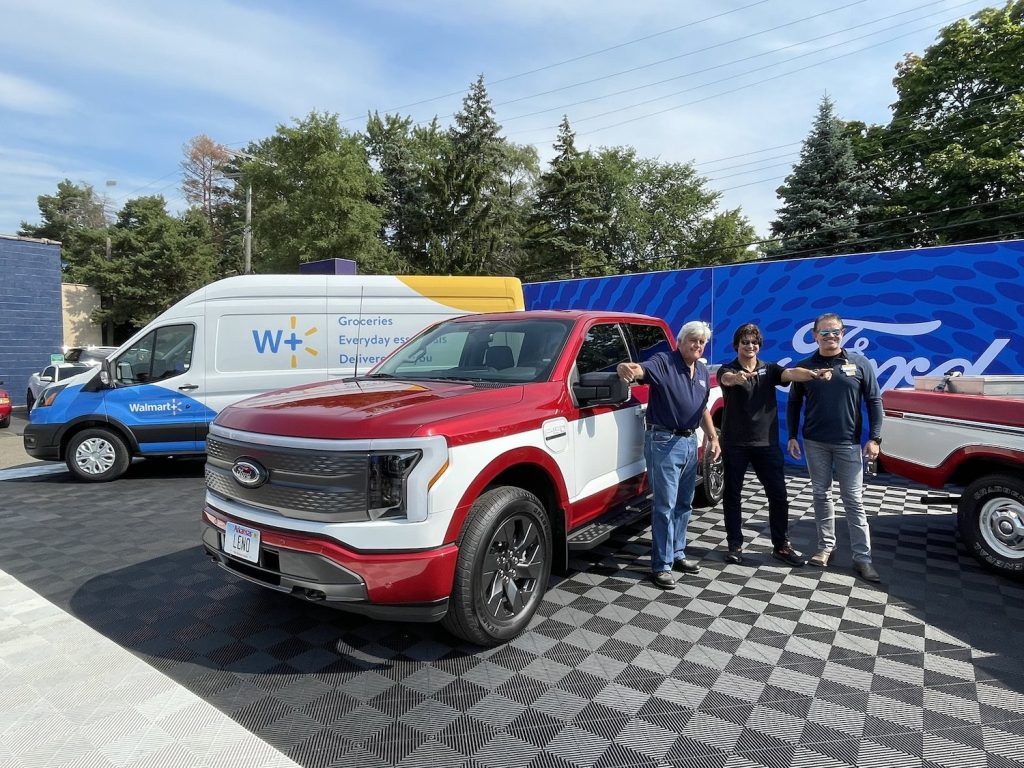 Last weekend’s Woodward Dream Cruise offered up plenty of cool rides for Blue Oval fans, including the brand new 2023 Ford Bronco Heritage Edition that offers fans loads of retro appeal, as well as a 2024 Ford Mustang prototype cloaked in heavy camo. But those weren’t the only vehicles present at Woodward that conjured up memories of days past, as this very special Ford F-150 Lightning painted to match Walmart founder Sam Walton’s 1979 Ford F-150 was also on hand for fans to scope out up close.

Comedian Jay Leno – who previously teamed up with Walmart to paint a 2021 Ford F-150 this same color scheme and add custom touches throughout – was present for the reveal of this Ford F-150 Lightning, which was also accompanied by Walton’s vintage pickup -or a replica of it, at least. In this case, the EV pickup is finished in the same red and white two-tone paint scheme, as well as a toolbox and a dog box in the bed – just like Walton’s very famous vintage ride.

One of the many reasons Walmart founder Sam Walton so easily endeared himself to people was the fact that even when he became rich and successful, he continued driving his same old, beat up 1979 Ford F-150. In fact, when he was once asked why he drove a pickup truck, Walton famously responded “What am I supposed to haul my dogs around in, a Rolls-Royce?” Today, Walton’s F-150 remains on display at the Walmart Heritage Museum in Bentonville, Arkansas.

Walton was a famously humble man, in spite of his success, and that was perfectly personified by his choice of transportation. Walton simply wanted a truck that was reliable and could transport him on his hunting and fishing trips and easily as it could from store to store. The F-150 did exactly that, and Walmart’s creator drove it until the day he died, leaving a lasting legacy that lives on today.

We’ll have more cool custom vehicles like this to share soon, so be sure and subscribe to Ford Authority for the latest Ford F-Series news, Ford F-150 news, F-150 Lightning news, and continuous Ford news coverage.