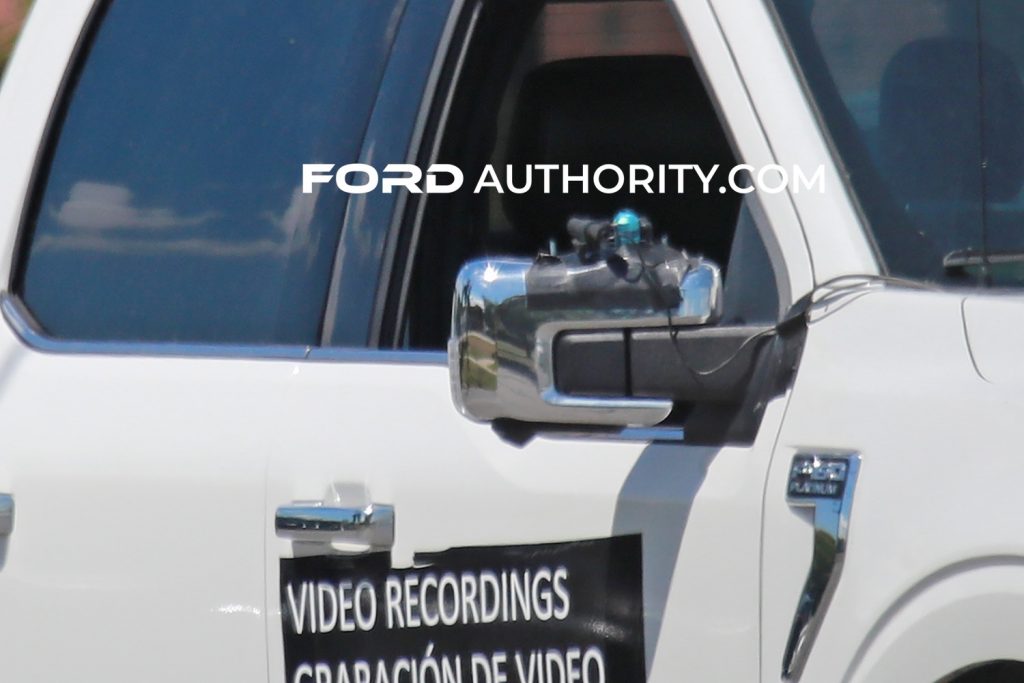 In early 2022, Ford joined forces with ADT to form a new venture called Canopy, combining AI-driven camera technology developed by The Blue Oval and ADT’s security monitoring services for future products and services. The first Canopy products aren’t expected to become available to the public until 2023, but Ford Authority recently spotted a curious Ford F-150 prototype sporting a video recording system, possibly indicating that Canopy technology could be in a testing phase. 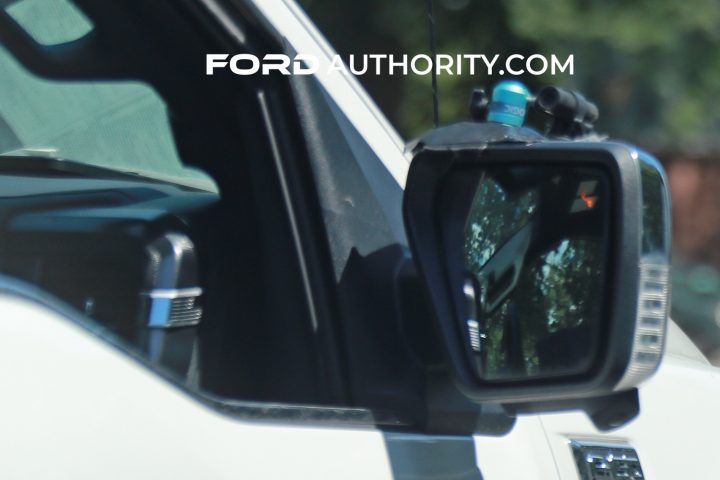 It’s not immediately clear what’s going on with this Ford F-150 prototype, but it’s clearly serving as a test bed for video recording technology, made obvious by the “video recordings” decal on the door. There is a camera mounted on the passenger side mirror that appears to be secured with black tape with wires running beneath the seam of the hood. It’s possible that Ford is using this Ford F-150 prototype to test out how the cameras record their surroundings, which could very well be applied to Canopy technology. 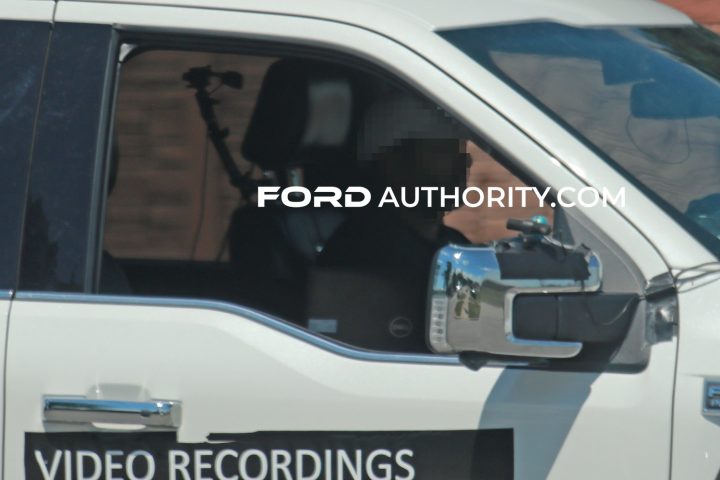 Recently, Ford released a video demonstrating what Canopy is capable of. In the video, a would-be thief attempts to steal valuable equipment out of the bed of a Ford Super Duty Platinum, but is captured by the truck’s cameras. The owner is alerted to the situation via a mobile notification, and using the app, the owner is able to patch his voice through an external system to ward the thief off. Additionally, the tech will seemingly allow ADT employees to monitor those types of situations and alert authorities, as necessary. 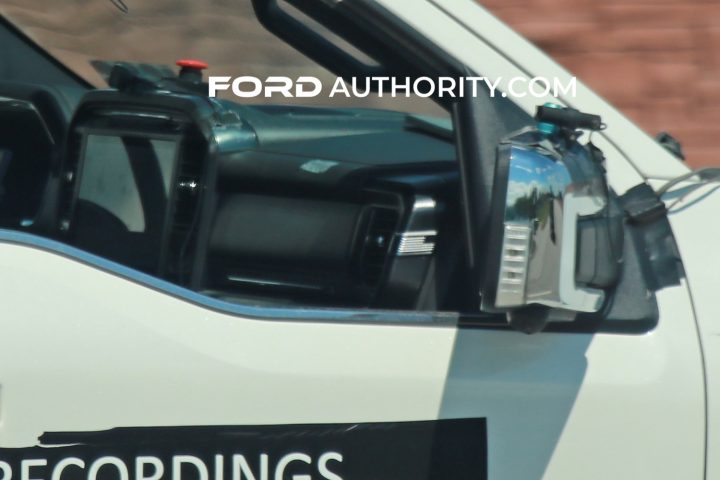 While this Ford F-150 prototype wears a camera that’s affixed to the exterior, recently, Ford filed a patent for inward-facing cameras as well. These cameras would not only give vehicle owners the ability to monitor the cabins of their vehicles for safety purposes, but could also be used to take selfies as well.

We’ll have more on developing Ford technologies soon, so be sure and subscribe to Ford Authority for the latest Ford F-Series news, Ford F-150 news, F-150 Lightning news, and continuous Ford news coverage.