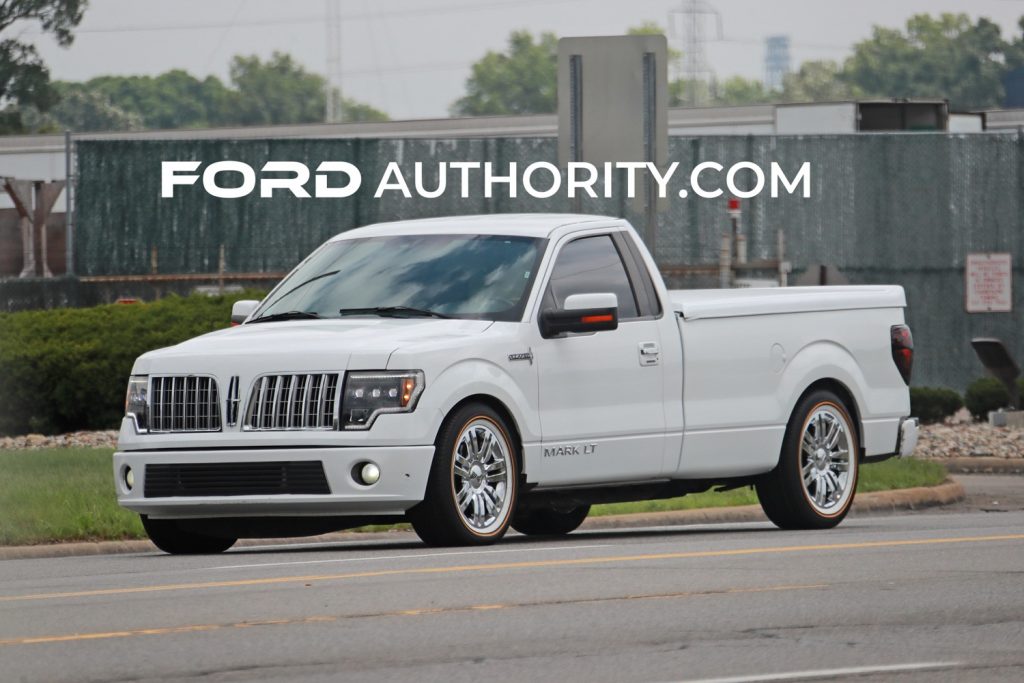 Lincoln attempted to make a dent in the pickup market in 2006, introducing the Lincoln Mark LT, a luxury pickup based on the Ford F-150. This oddball pickup didn’t garner much interest and was discontinued after the 2008 model year in the U.S. However, the luxury pickup soldiered on for a second generation exclusive to the Mexican market, this time based on the Ford F-150 Platinum. Recently, Ford Authority spied a peculiar pickup that looks like a second-generation Mark LT on the surface, but upon closer inspection, it seems this truck is a regular cab F-150 dressed up like a Lincoln. 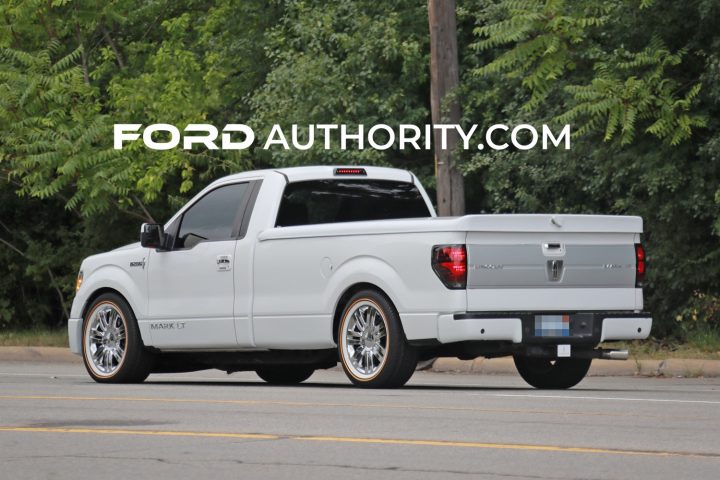 This curious vehicle is not a true second-generation Mark LT, as it was never offered as a regular cab. It’s obvious that this is a customized Ford F-150 that’s been outfitted with pieces and parts from the elusive second-gen Mark LT. Note the front grille emblazoned with the Lincoln star, along with the chrome Mark LT badging on the door and Lincoln logo on the fender. The tailgate is also reminiscent of a second-gen Mark LT. It also sports a set of aftermarket chrome wheels, along with aftermarket headlights, clear indications that this particular pickup is simply the result of a creative Ford F-150 owner. 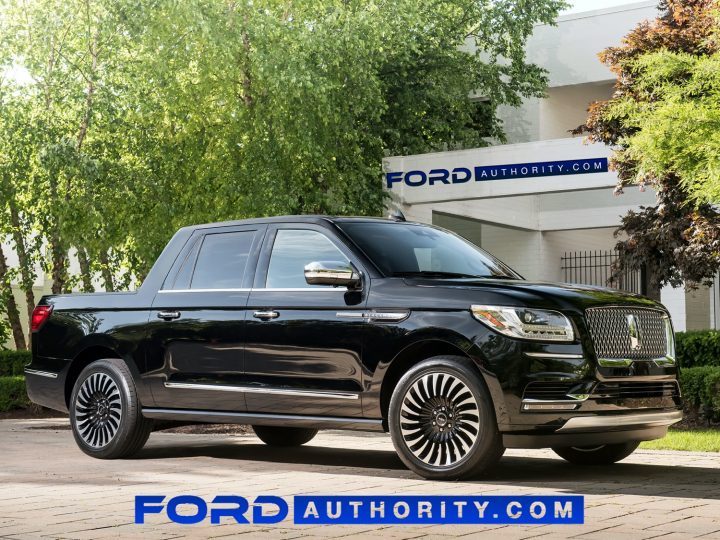 The first- and second-generation Lincoln Mark LT didn’t have a very long lifespan, and previously, Lincoln stated that it wasn’t interested in producing a successor. At the end of June, though, Ford Authority reported that the automaker may have had a change of heart when it comes to reentering the luxury pickup space, although nothing is in development at the moment.

“I wouldn’t rule anything out,” John Jraiche, Global Lincoln Product Director, said during an interview at the Lincoln Star concept reveal event. “I would say we serve our customer well with our F-Series with the Lightning coming out. But you never know.”

We’ll have more on this pilot program soon, so be sure and subscribe to Ford Authority for the latest Ford F-Series news, Ford F-150 news, and around-the-clock Ford news coverage.