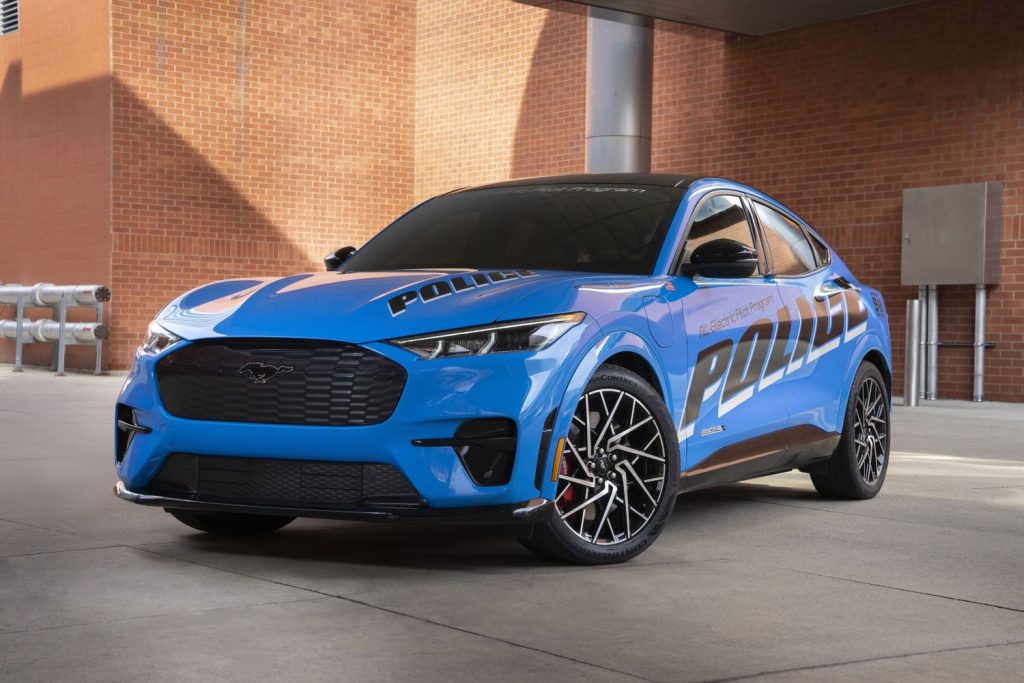 The Ford Mustang Mach-E has already proven to be a popular battery electric vehicle for some law enforcement fleets, despite the fact that an official pursuit rated model doesn’t exist yet. As Ford Authority previously reported, the EV joined the Repentigny Police Department in Quebec as the department’s first electric vehicle, thanks to modifications to bring it up to speed. More recently, the Mustang Mach-E was spotted serving as a vehicle for the FBI, sporting a special livery to denote its status as an FBI-owned vehicle. Now, the crossover EV will patrol the streets The Blue Oval’s hometown of Dearborn, Michigan, per Press & Guide. 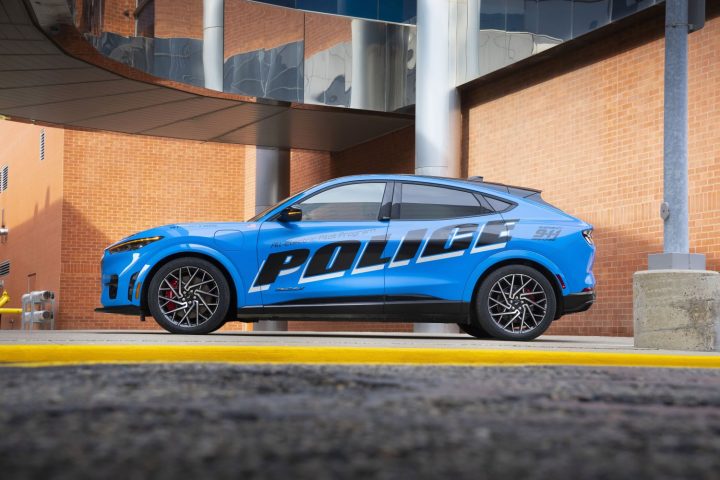 Ford elected to give the city of Dearborn the Mustang Mach-E free of charge as the automaker studies the crossover’s performance as a law enforcement vehicle. According to Greg Ebel, Ford Police Brand Marketing Manager, Ford is interested in gathering data in real-time to study how the vehicle performs in day-to-day operations as part of a police fleet.

“We’re using [the Mustang Mach-E] from a traffic enforcement perspective and allowing it to slowly integrate it into the patrol division,” Ebel said. “But I can tell you right now that it is very fast.” 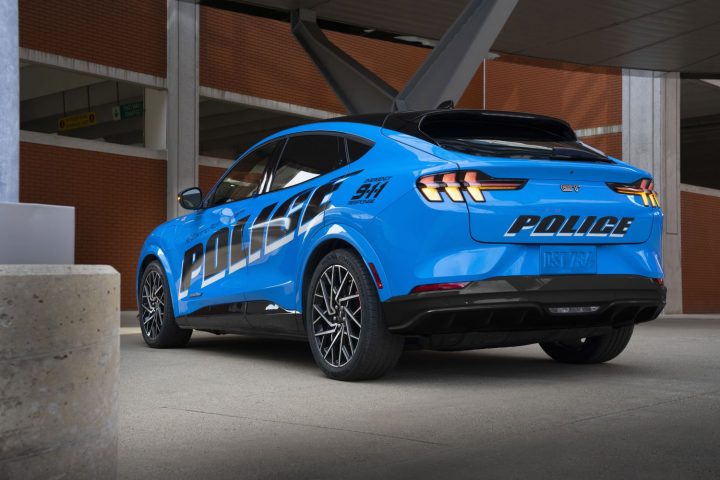 Currently, there is no official police Ford Mustang Mach-E fleet variant offered by The Blue Oval yet. However, the crossover passed the Michigan State Patrol vehicle test in late 2021. That particular variant featured a Mach-E GT powertrain with dual permanent magnetic motors for a combined output of 480 horsepower and 600 pound-feet of torque. Even after 18 miles of high-speed testing on track, the Mach-E still had a 30 percent charge left in its battery pack. 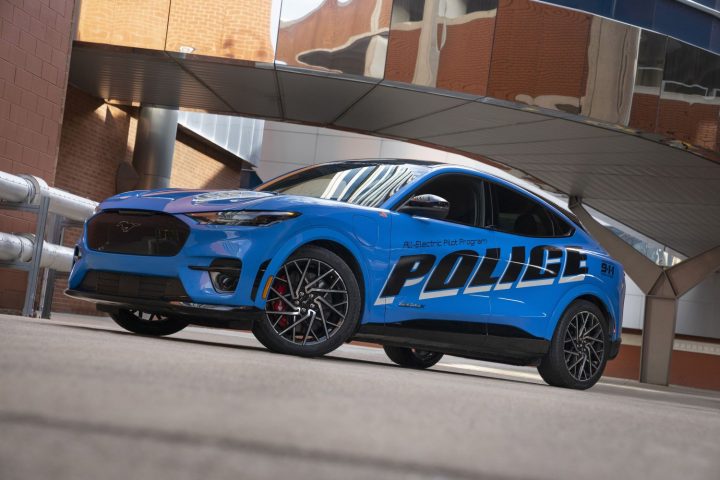 Aside from MSP, the Ford Mustang Mach-E has been successful so far in the UK and has drawn interest as a potential law enforcement fleet vehicle there as well, prompting Ford to build a concept Mach-E police car for the European market.

We’ll have more on this electrified police car soon, so be sure and subscribe to Ford Authority for more Ford Mustang Mach-E news and ongoing Ford news coverage.