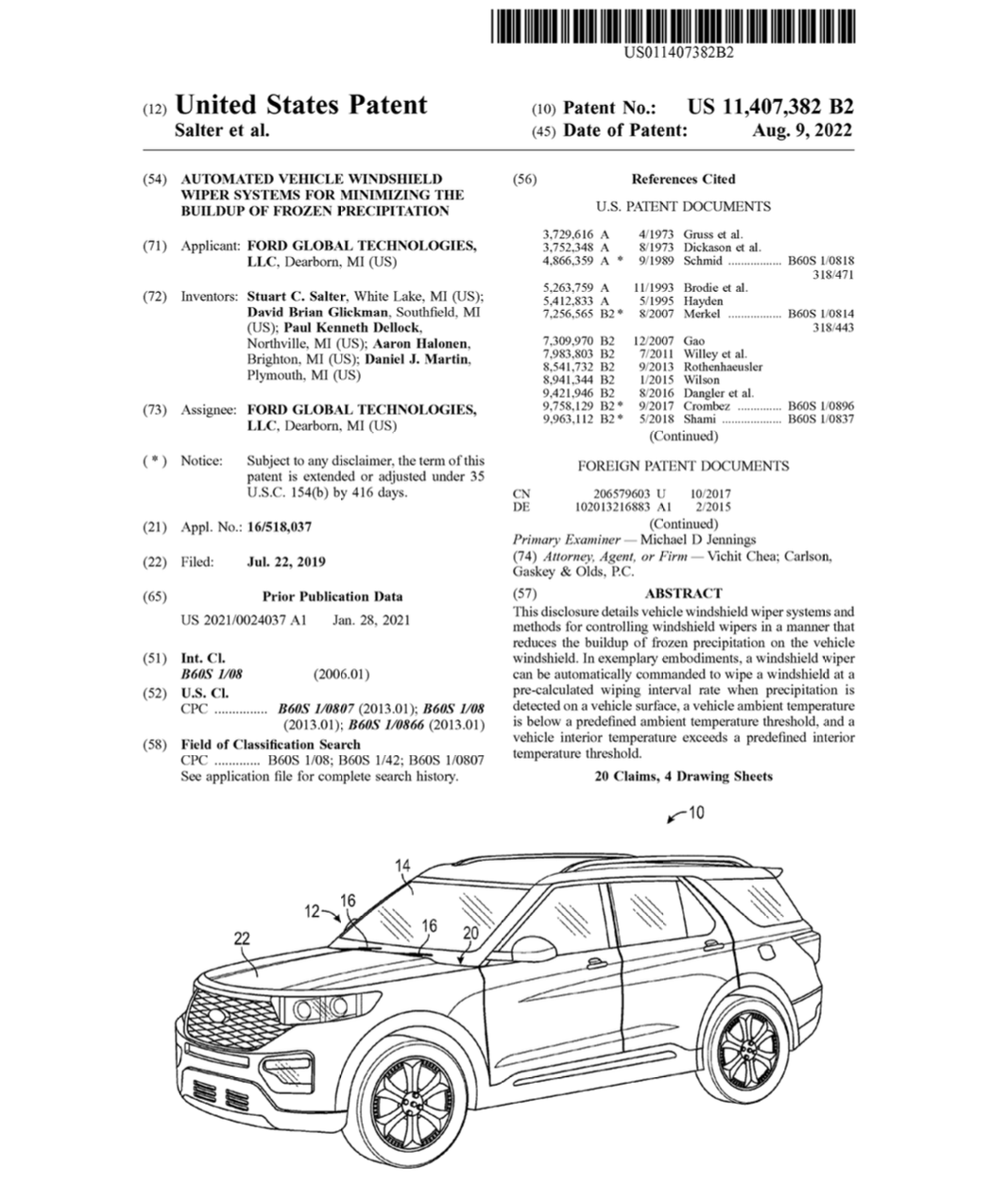 Ford – along with a number of other automakers – has offered rain-sensing windshield wipers on many of its vehicles for years now, which automatically turn on the wipers when moisture is detected on the windshield, then turn them off when it’s clear. The automaker has also offered a windshield wiper de-icer on many of its models, though that particular feature has since been removed from many of them recently. Regardless, a Ford patent was filed for heated windshield wiper blades earlier this year, and now, this new patent filing builds upon the automaker’s existing rain-sensing wiper system by creating something of an ice-sensing system. 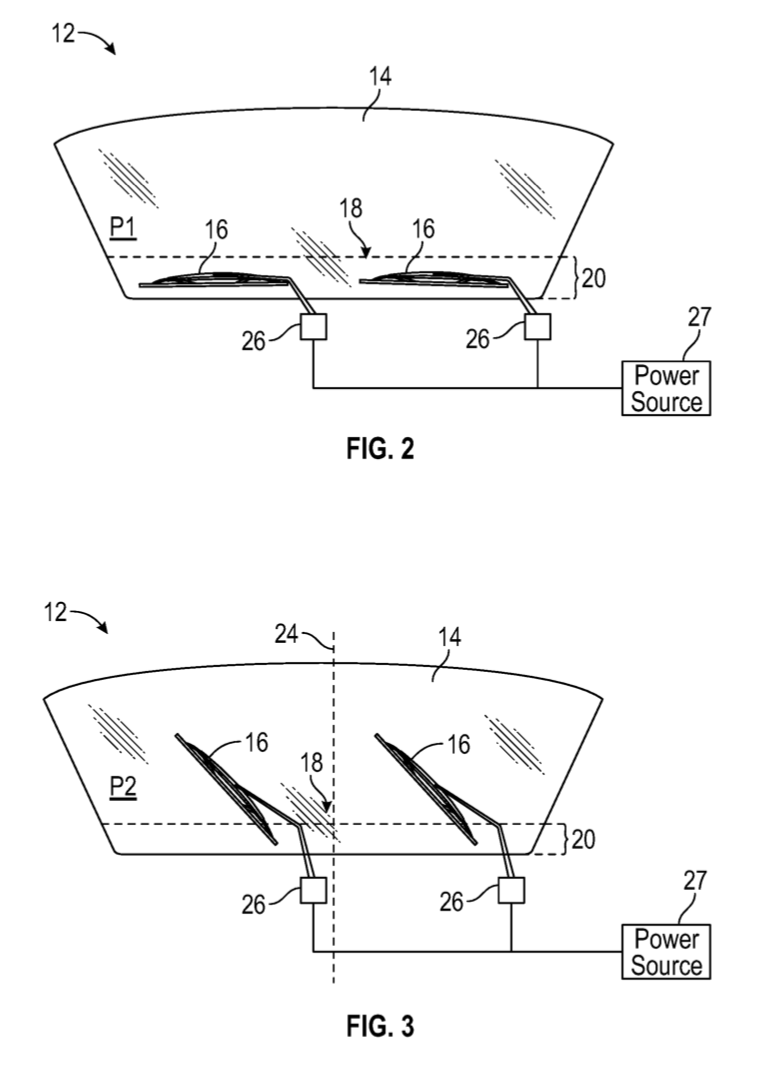 Much like rain-sensing wipers, this Ford patent outlines an idea for a system that is capable of sensing when frozen precipitation is accumulating on a windshield, then deploy the wipers automatically at a pre-calculated interval to prevent it from accumulating. The vehicle is able to measure the ambient temperature and receive weather data, then react accordingly, too. Ultimately, this particular patent makes a lot of sense given the popularity and prevalence of rain-sensing wipers in automobiles these days, particularly for those that live in cold climates that see considerable winter precipitation each year.