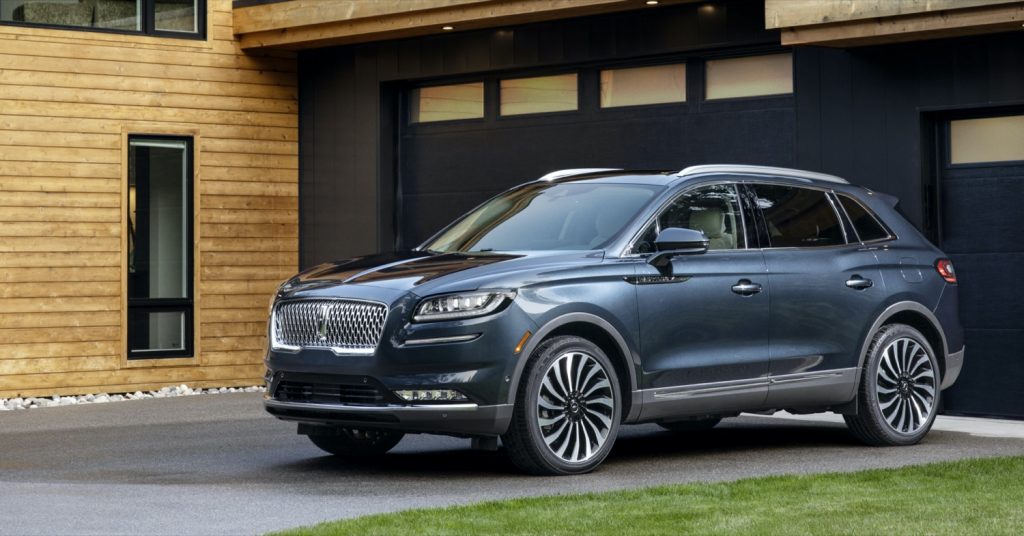 Ford Motor Company has filed a patent for a device detection and reporting system, Ford Authority has learned. 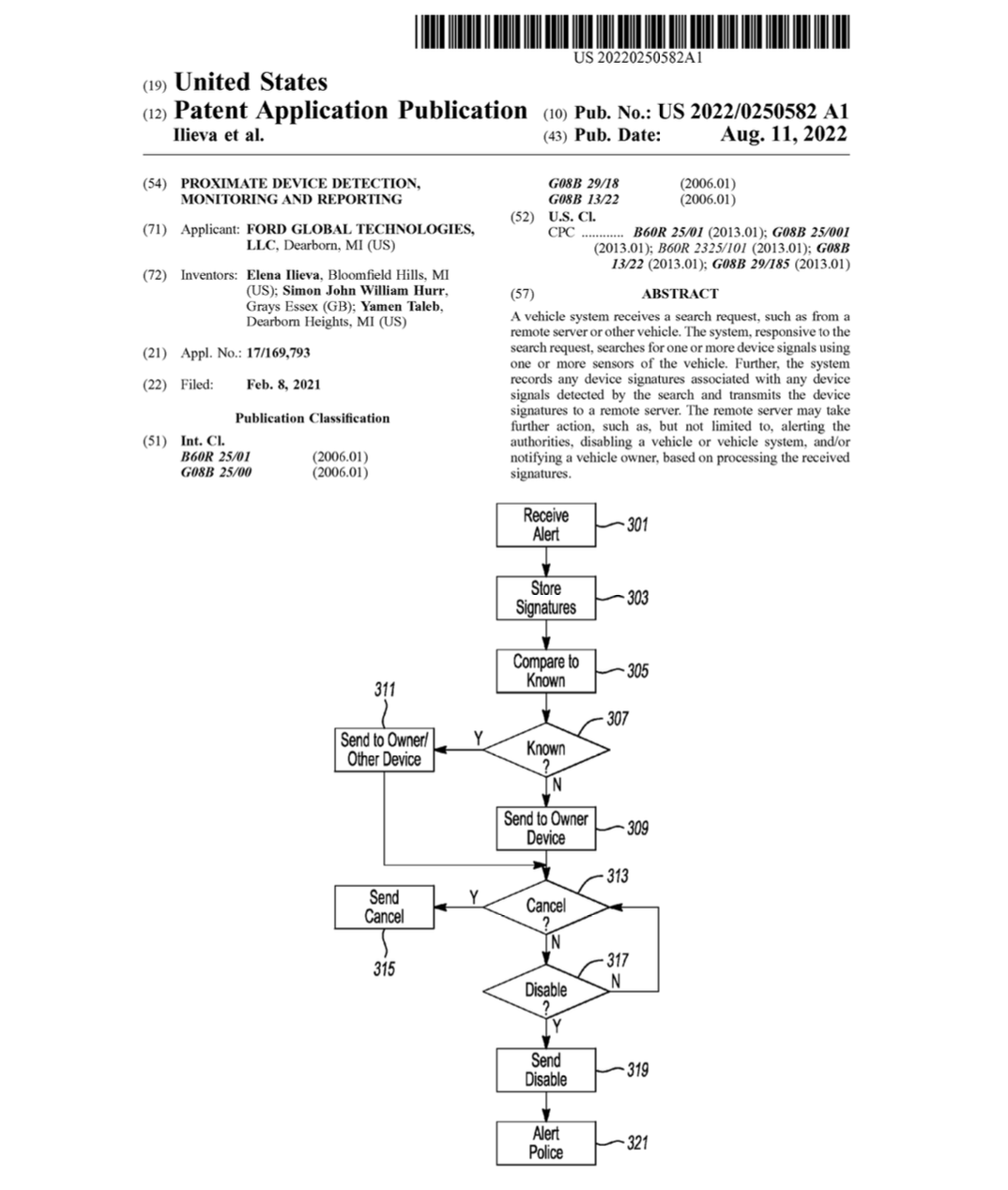 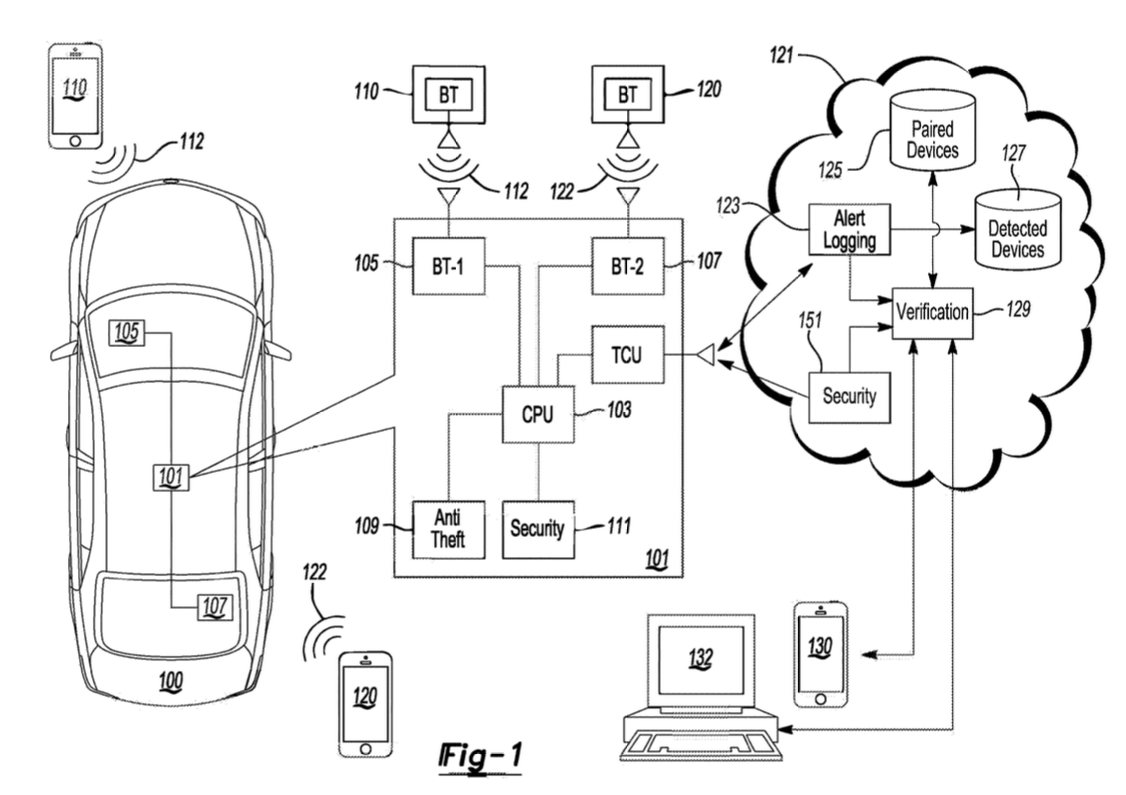 According to this Ford patent, the system would be capable of scanning a vehicle and detecting device signals using an array of sensors. The system would also be able to record signatures associated with those devices and transmit them to a remote server, which can then decide whether or not authorities need to be notified, disable the vehicle, or notify the owner, depending on the type of signal it receives. 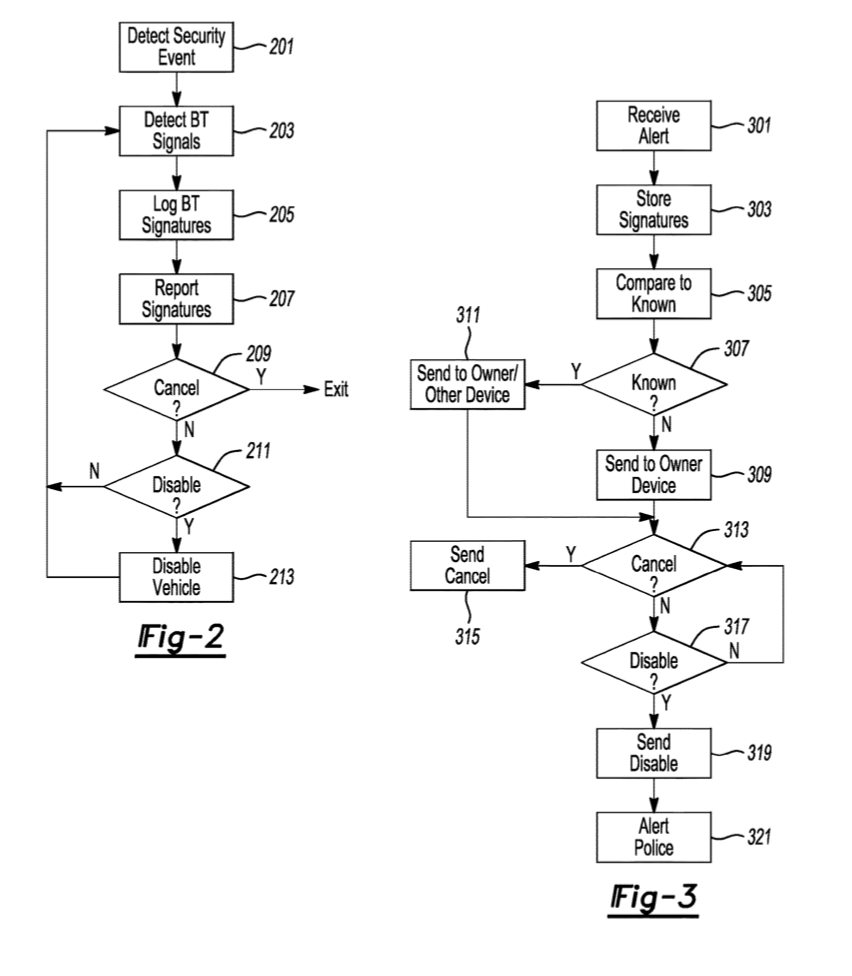 Ford specifically mentions in the patent that the ever-growing presence of technology in vehicles is creating problems for security, as hackers are able to sometimes gain access to vehicles from a long distance without detection. The system outlined in this patent aims to prevent that from happening by detecting when or if a foreign device is in the vehicle, which would also help in the event that someone is trying to track a person by placing a device like a cell phone in their vehicle, too.