Ford Motor Company has filed a patent for an in-flight charging system for EVs, Ford Authority has learned. 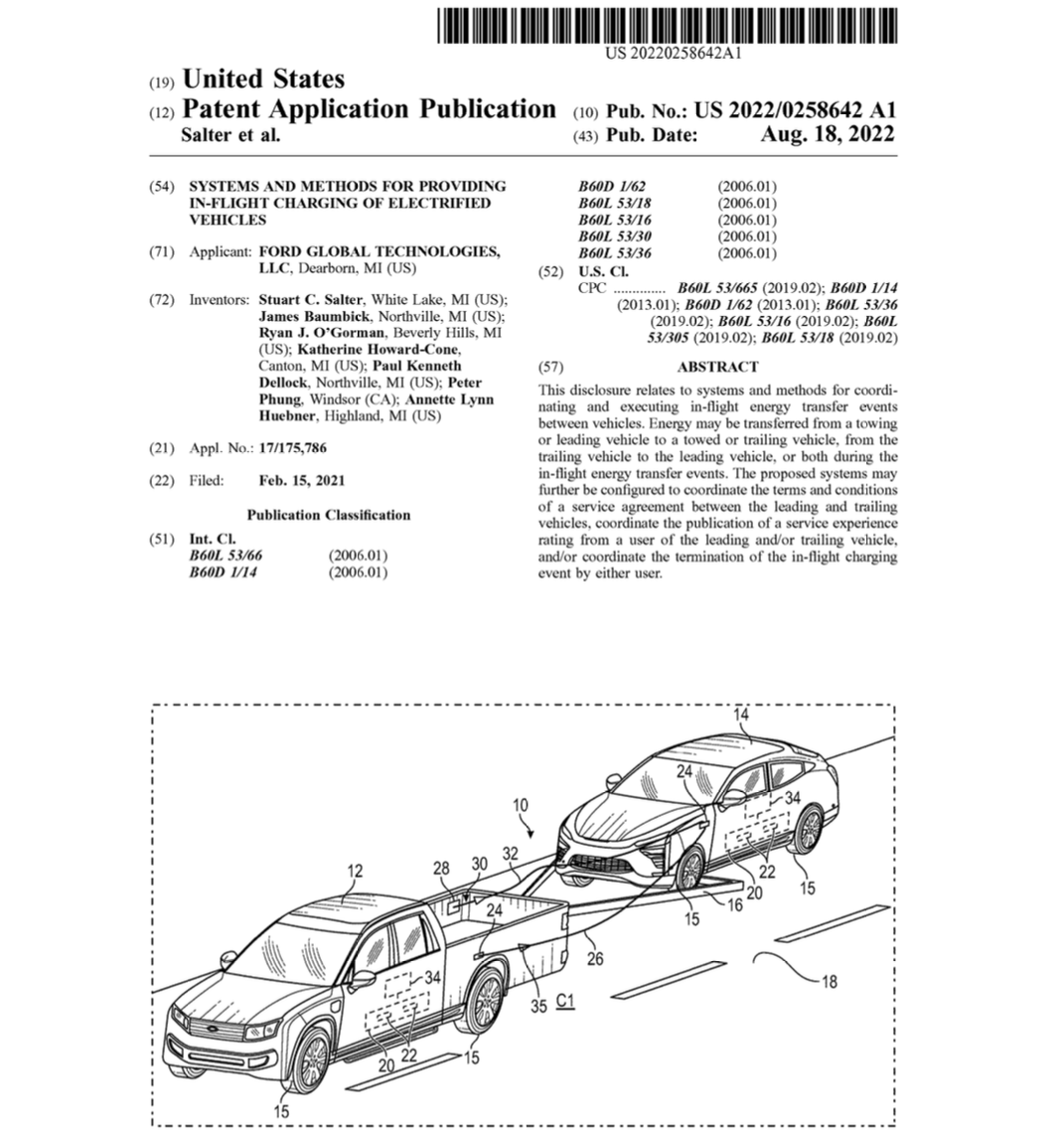 In addition to being able to power an entire home for days or weeks at a time, the Ford F-150 Lightning introduced vehicle-to-vehicle charging to the automaker’s lineup, and has the ability to charge multiple EVs at once and even itself, at least in theory. The automaker is also exploring various ways to charge EVs on the go, as is evidenced by a Ford patent filed last July for a flat-tow charging method. Now, a new Ford patent builds upon that concept by introducing an idea for an “in-flight charging system,” as the automaker calls it. 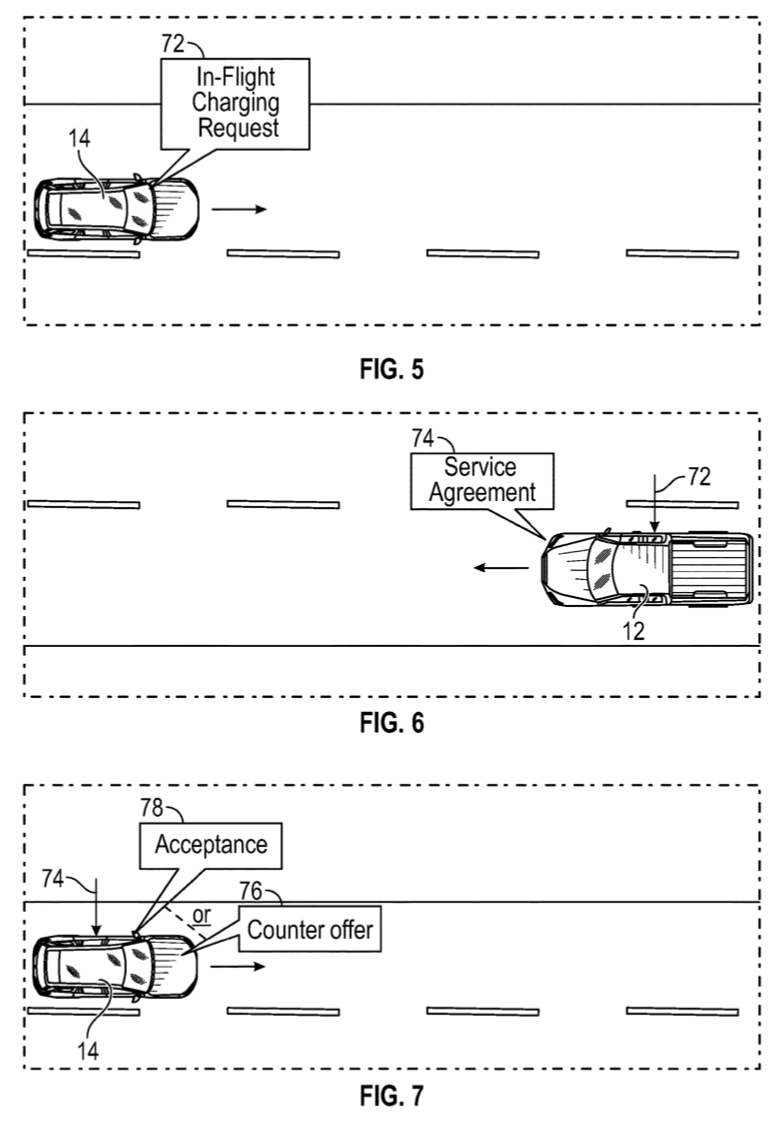 The idea here is that an EV could be charged by another vehicle while it’s being towed or even just trailing behind that vehicle. According to the patent, the EV owner could put in a request for an in-flight charging session, view the terms and conditions of such a service before accepting it, then rate the service provided and terminate the charging session after it’s completed. 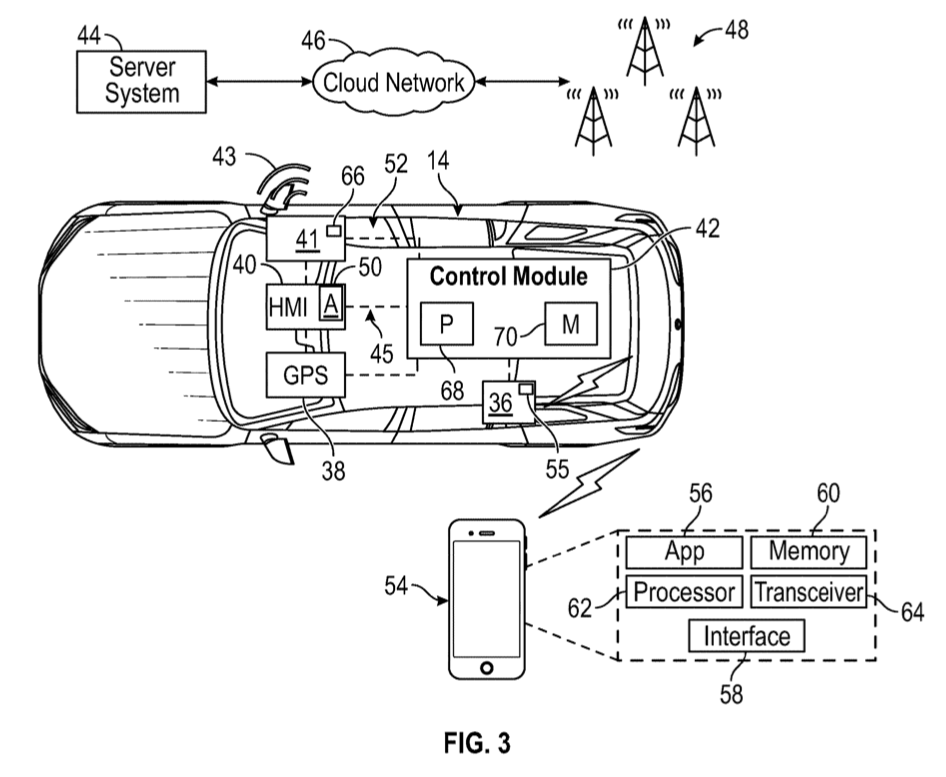 Since the F-150 Lightning is already capable of charging other EVs while it tows them, the service outlined in this patent would seemingly be rather easy to bring to fruition, giving electric vehicle owners a convenient way to charge their vehicle on the go without having to sit at a charging station, as well as creating a possible business opportunity for those that own the EV pickup. Or, at the very least, such a service would come in handy if an EV owner finds themselves stranded somewhere with no charge or too little charge to reach their desired destination, too.