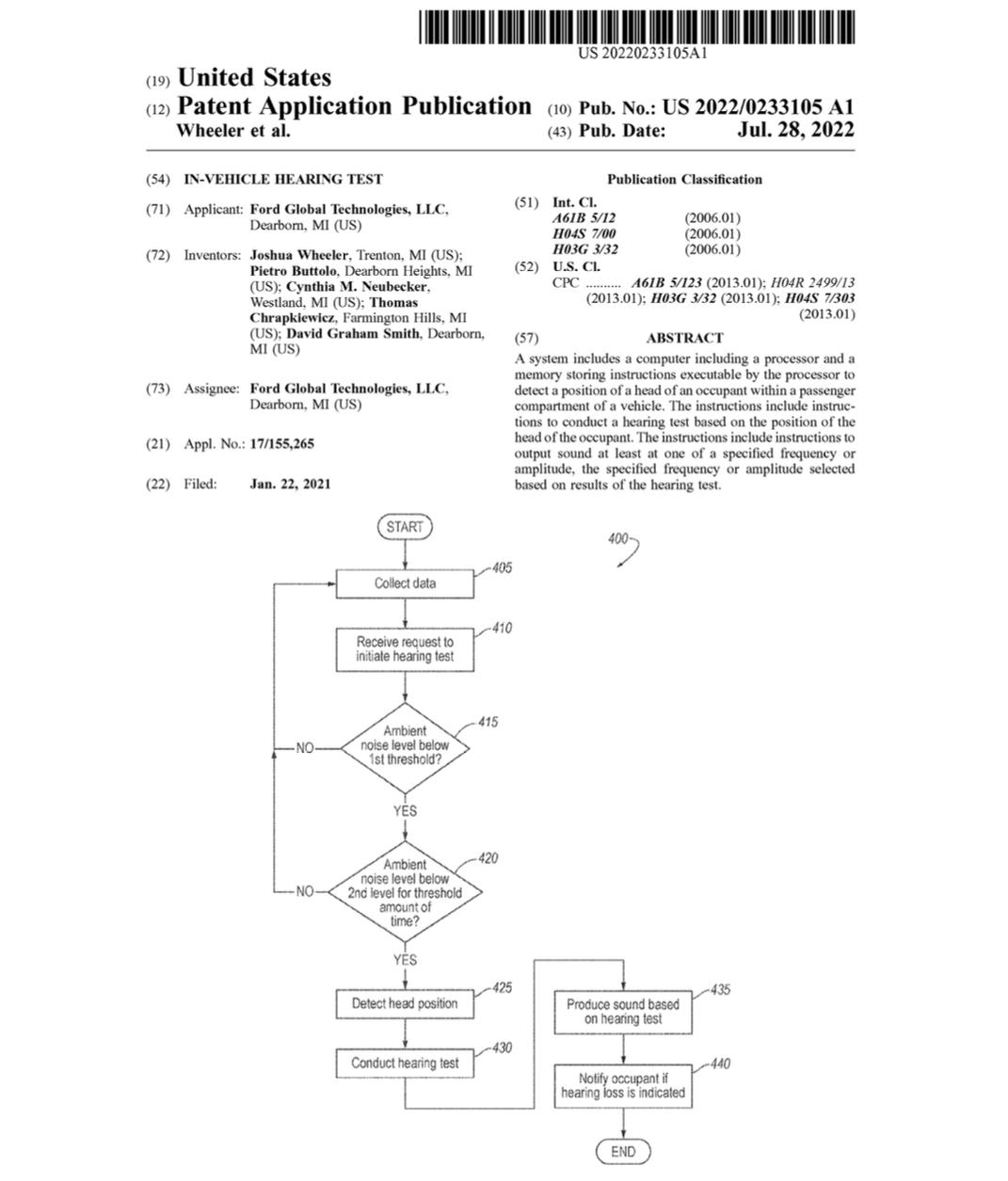 Ford has filed a host of interesting and somewhat unusual patents in recent months, including one for an anti-motion sickness system, and the automaker has also explored the idea of using audio systems in vehicles to warn drivers to the presence of pedestrians. Now, this new Ford patent continues that trend by introducing an idea for an in-vehicle hearing test system, which is unique, if nothing else. 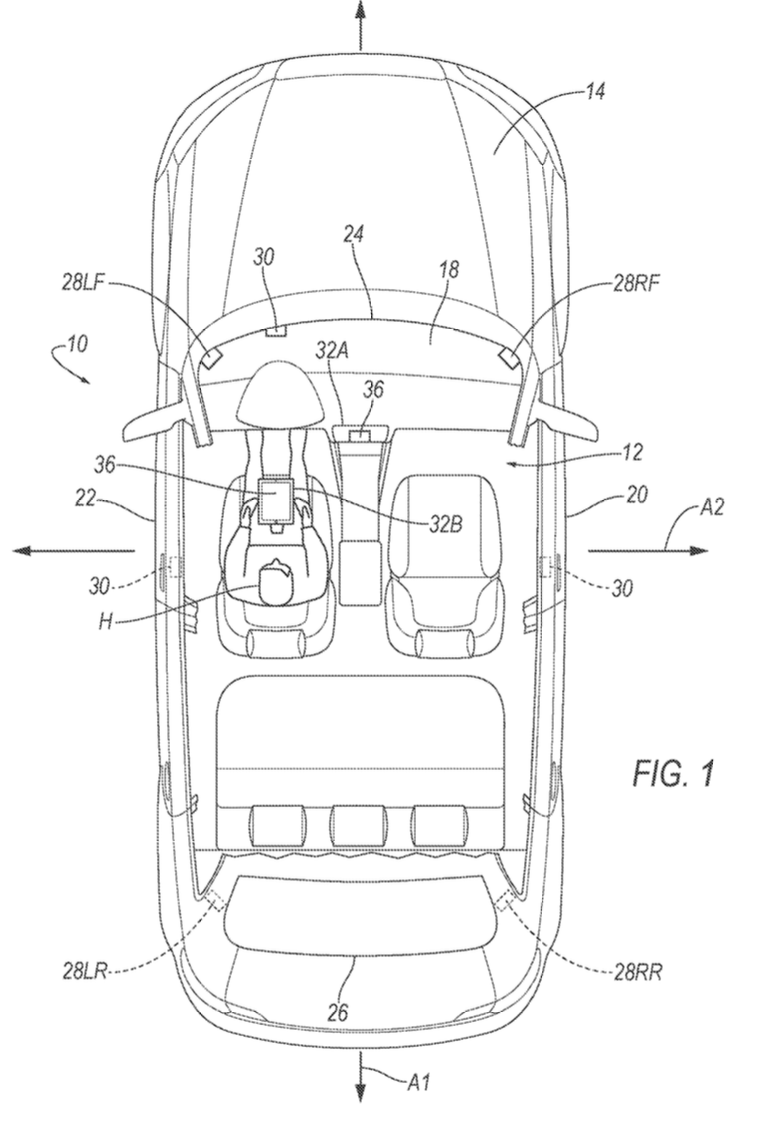 The system outlined in this Ford patent consists of a computer capable of detecting the position of a vehicle occupant’s head, after which it can then perform a a hearing test based on that information. The system would then emit sounds in different frequencies or amplitude based on the results of the hearing test, and notify the occupant if it detects that they are suffering from hearing loss.

This is undoubtedly a strange patent, given the fact that hearing tests are something that is typically carried out in labs or specialized facilities by doctors. It’s unclear why Ford would consider implementing such a service into a vehicle, though as we’ve seen in the past, patents don’t always come to fruition. 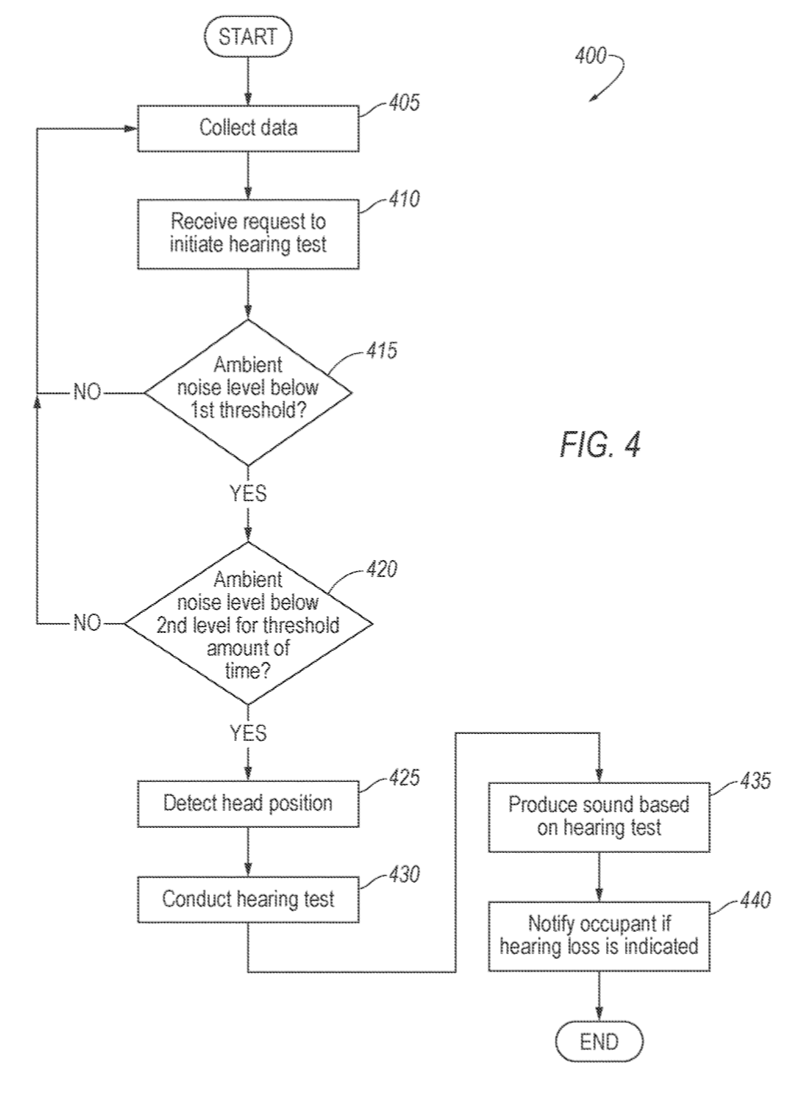 Regardless, Ford clearly believes that such a service could be useful for vehicle owners, particularly those that may have the need to perform regular hearing tests or are suffering from decline in that regard. If nothing else, such a feature would save us an annual trip to the doctor, at the very least, which isn’t such a bad thing by anyone’s standards.