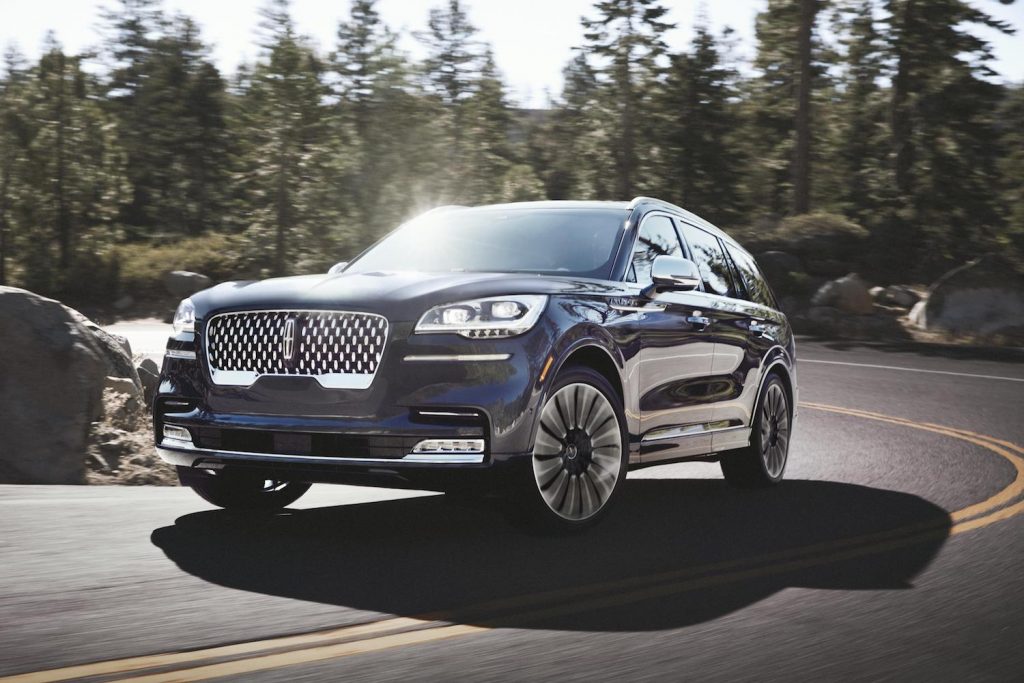 Ford Motor Company has filed a patent for a more evolved kind of pet restraint system, Ford Authority has learned. 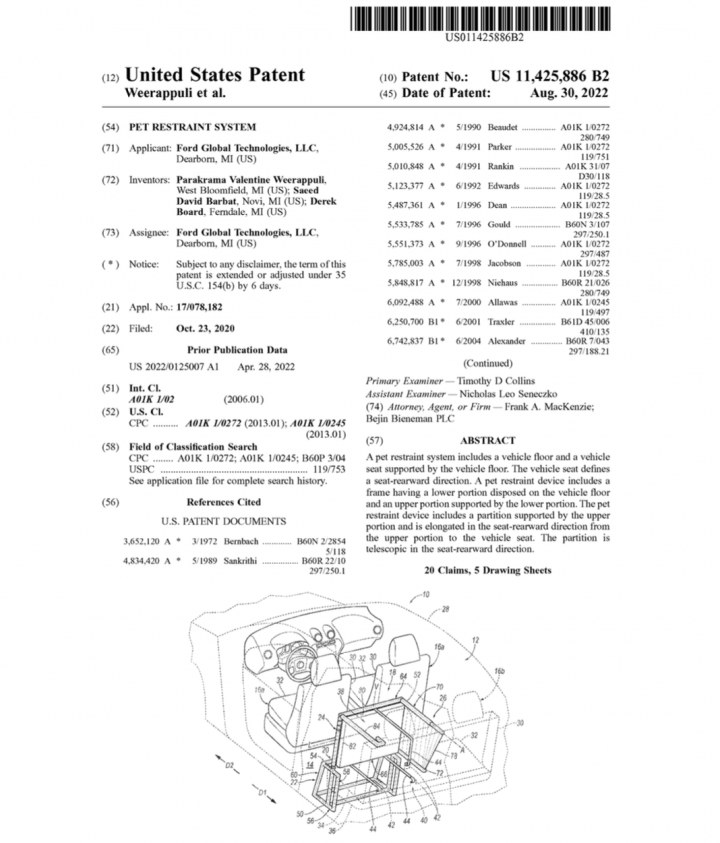 Ford has filed quite a few pet-related patents over the past several months, including one for a system that would combat K9 police vehicle climate control hacking, a seat bottom mounted airbag that protects pets, a pet mode, an integrated pet bowl with water level sensing technology, a pet monitoring and control system, and a vehicular pet restraint system. Now, this new Ford patent presents an idea for an evolved pet restraint system that could keep pets secure when they’re traveling along with us in the future. 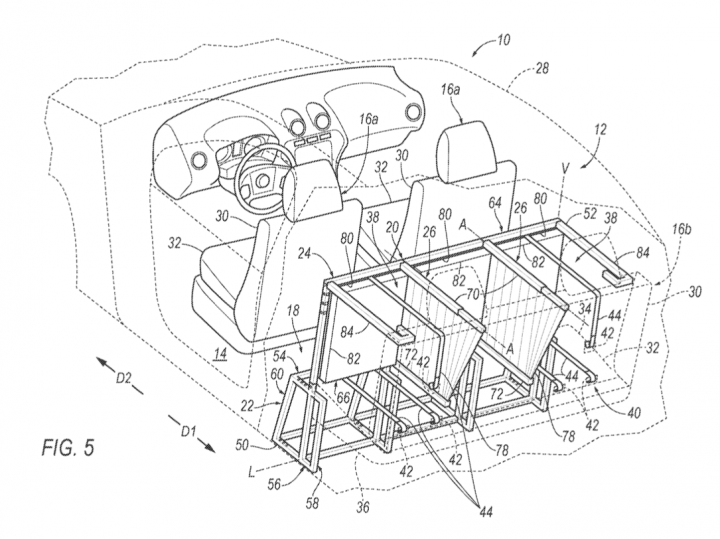 This Ford patent outlines an idea for a pet restraint system that looks rather large, taking up a good portion of the rear seat area. It consists of a frame with a partition, which could keep the pet in one place rather than allowing it to roam around the vehicle, which can be a hazard for both the driver and the animal itself.

This patent mentions multiple additions that could be added to this modular restraint system as well, including more than one partition for multiple pets, a cushion to make the area more comfortable, and even a seatbelt assembly. Additionally, this particular unit would also be designed to absorb impact in the event of a crash, making it safer for our fur-covered friends if an accident was to occur. 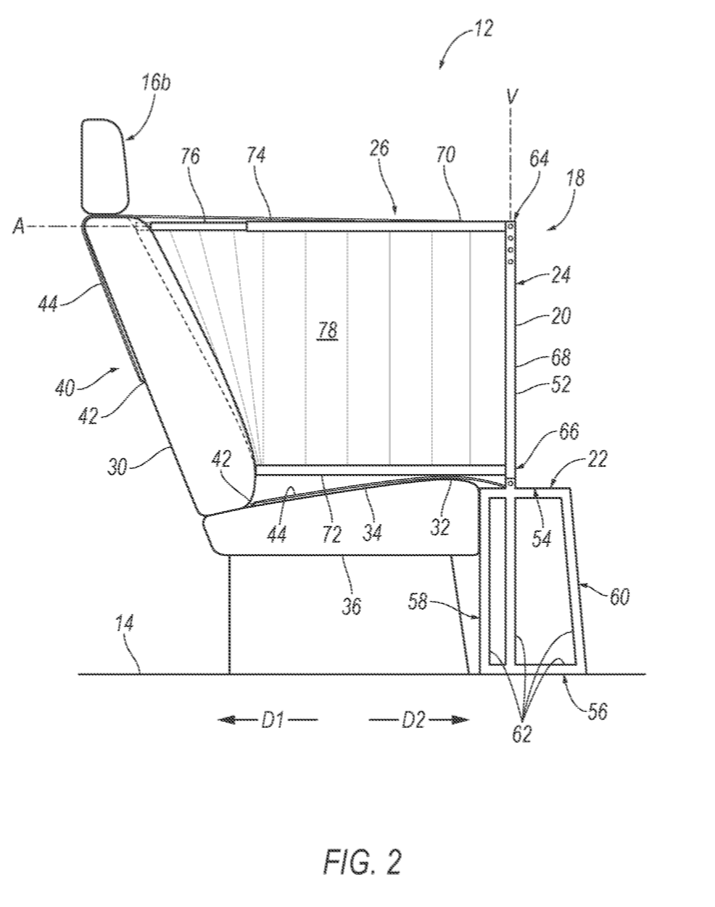 It’s quite clear from Ford’s recent patent filings that it’s exploring various ways to make transporting pets safer and more convenient, and with a burgeoning aftermarket of pet-related accessories, it wouldn’t be a surprise to see something like this added to The Blue Oval’s catalog at some point in the future.