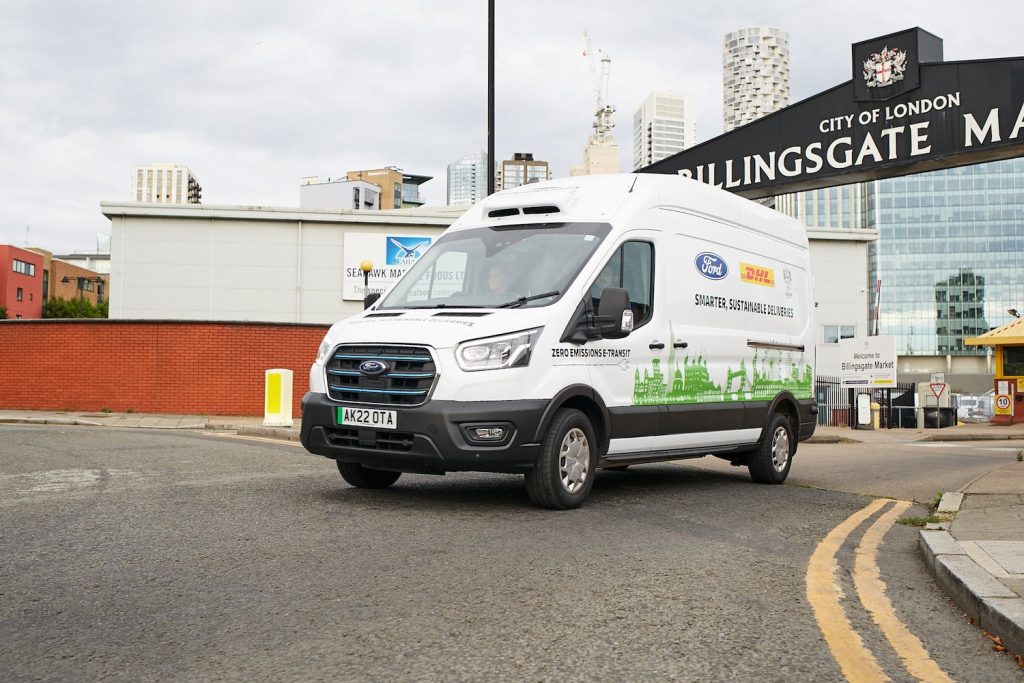 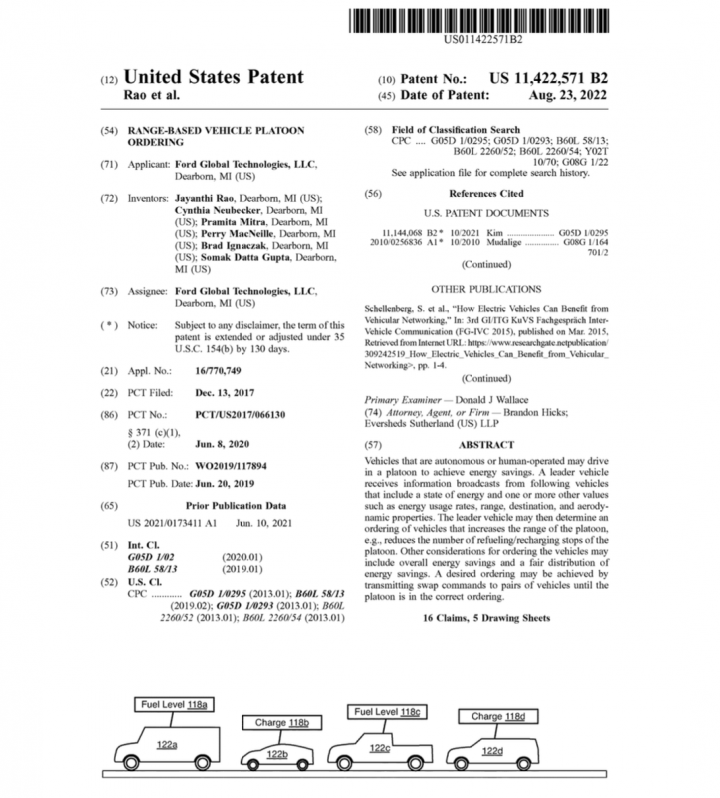 Ford has filed a host of tech- and EV-related patents in recent months as it pivots to a more connected future, including one for a system that could allow vehicles to update each other, a vehicle-to-vehicle security system, an in-flight charging system for EVs, and portable battery packs for EVs and other electronic devices. Now, this new Ford patent lays forth a rather interesting idea for a range-based vehicle platoon ordering system.

Much like how people can save fuel by drafting behind another vehicle, this patent explores that same sort of idea in terms of creating a platoon of human-operated or autonomous vehicles to save energy. While this idea is nothing new, in this particular case, the vehicles that are part of the platoon would be able to communicate with each other and share data such as state of charge, destination, aerodynamics, and energy usage to maximize efficiency. 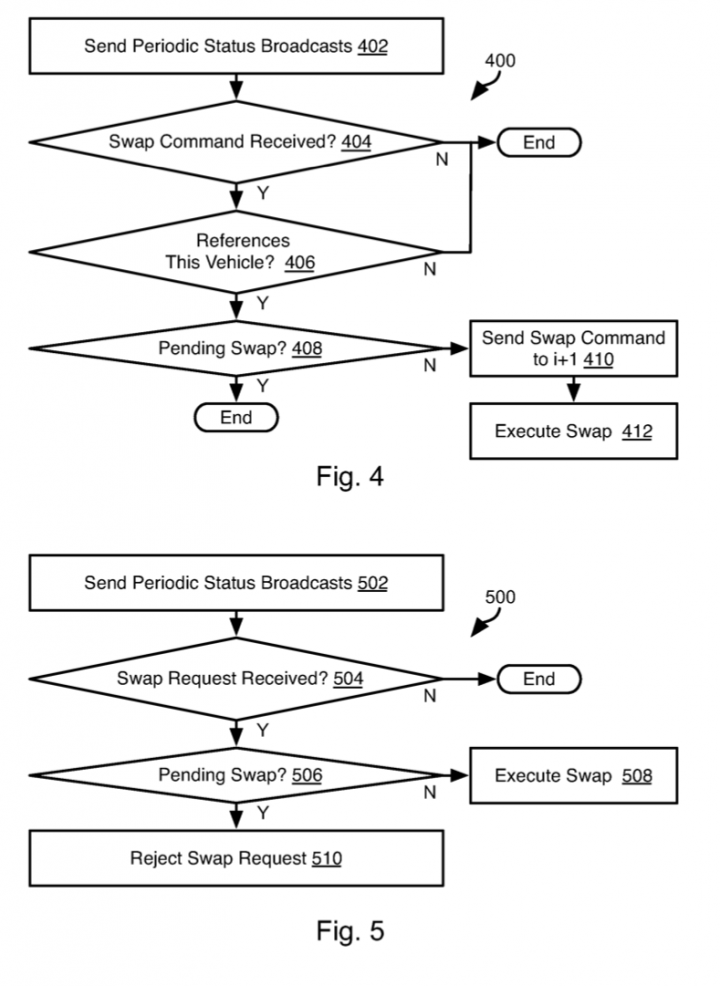 The lead vehicle in the platoon would also be able to determine which order of the vehicles would result in the best efficiency, reducing the need for charging or refueling stops in the process. It’s an interesting idea for certain, and one that could potentially see real-world use, even if it is reserved for autonomous travel at some point in the future. But there’s no denying that reducing drag on a traveling herd of vehicles can help preserve both fuel and energy.