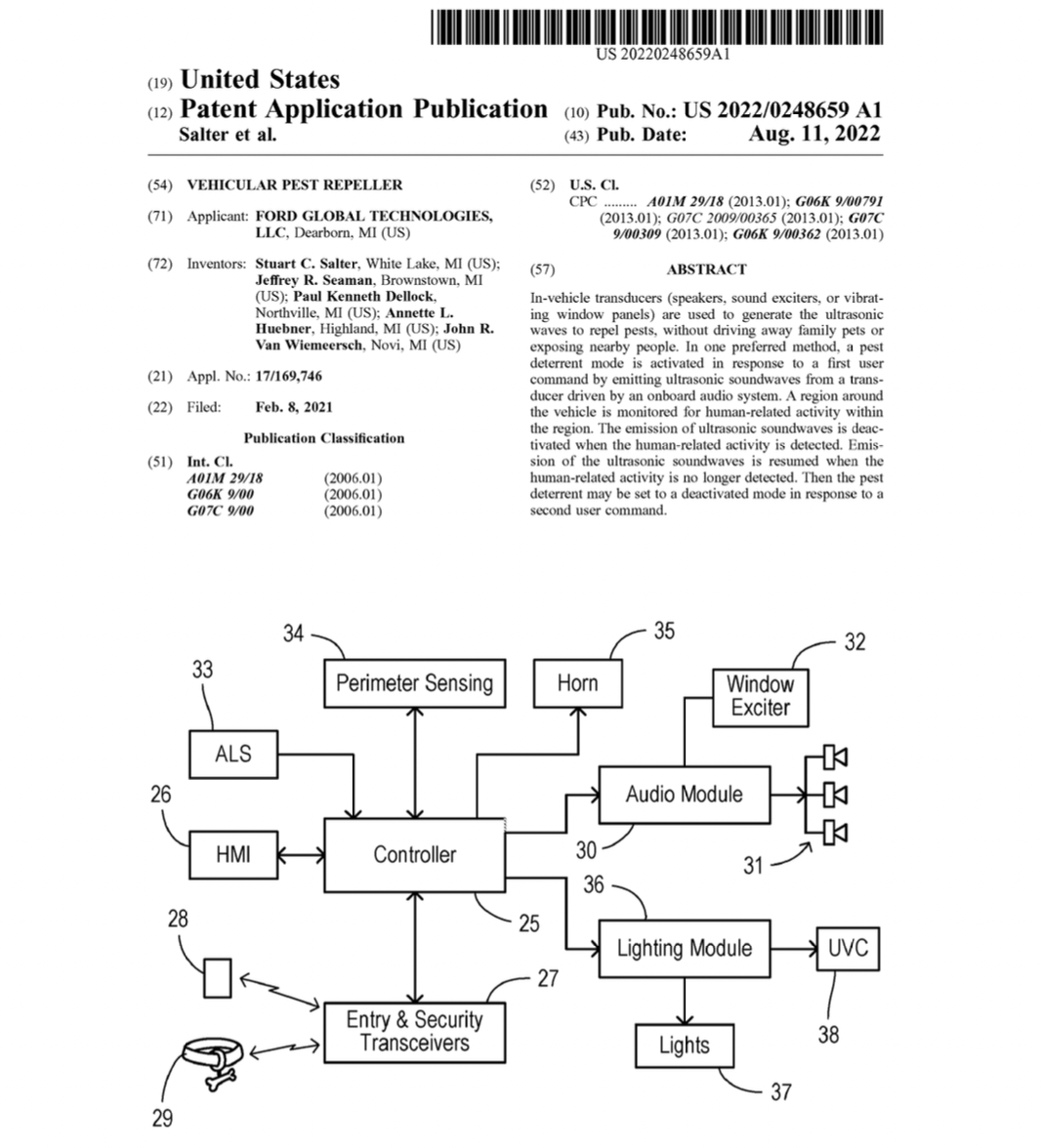 Ford has experimented with using sound waves for specific purposes numerous times in the past, creating a noise-canceling kennel to calm dogs and an audio system that alerts drivers to the presence and location of pedestrians. Now, this new Ford patent continues that trend by introducing an idea for a vehicular pest repellant system that uses in-vehicle transducers to generate ultrasonic waves to keep insects away from a vehicle’s occupants. 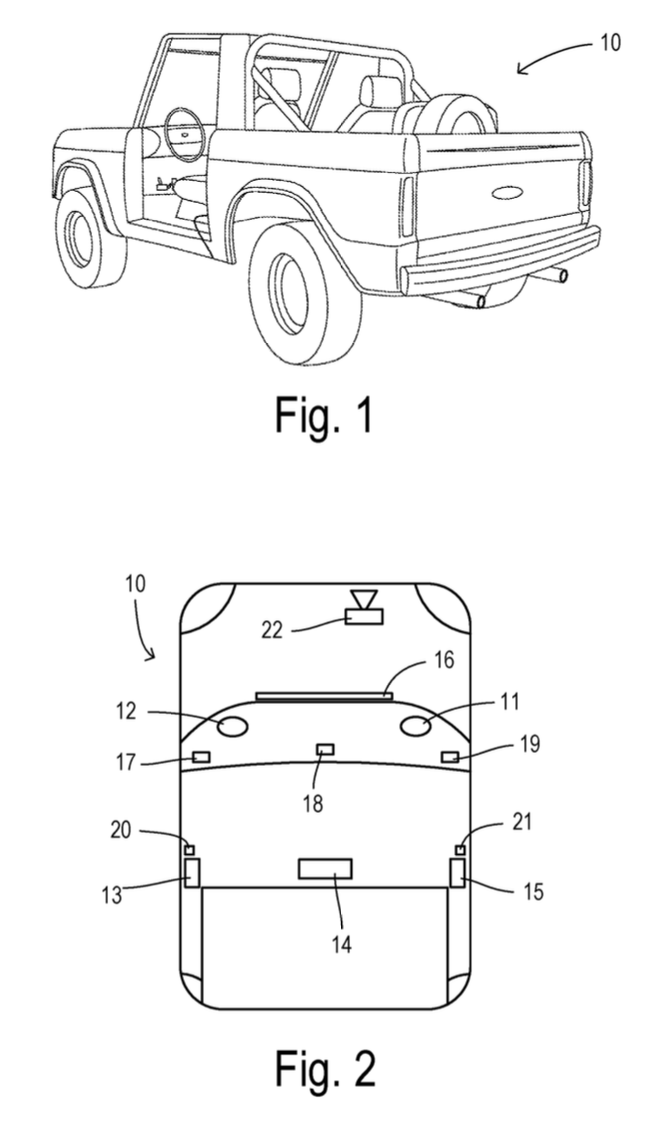 This Ford patent notes that the ultrasonic waves emitted by the vehicle’s onboard audio system could automatically detect when humans are nearby and subsequently lower the volume of those sounds, then turn back up when humans are away to more effectively deter pests, or it could be deactivated altogether when not needed.

The main purpose of this idea is obviously related to outdoors activities like camping, tailgating, or off-roading, at which time pests can be more of an issue – particularly in vehicles with removable doors and roof panels like the Ford Bronco. The patent also points out that having food present – which is common when camping or tailgating – only increases pest activity, which can be quite annoying.

Thus, having a built-in way to deter those pests seems like a good idea, and a much more convenient alternative to using bug sprays or netting designed to keep insects away from food or people. Having a built-in solution for these problems is a nice thought, even if this particular idea never sees the light of day.