The 2022 Ford Maverick has dominated its segment though the second quarter of this year amid tremendous demand for the new compact pickup, which has faced a tremendous backlog of orders since its launch. In fact, the Maverick outsold the Ford Ranger through the first half of 2022 and its chief rival, the Hyundai Santa Cruz, by a significant margin, in spite of facing numerous production constraints. There are a few simple reasons why the Ford Maverick has been such a hot commodity thus far, too.

With a starting price of just $20,995 (sans destination and delivery), the Ford Maverick is a tremendous bargain by any measure, and particularly so given the fact that it’s a four-door pickup with a bed. Aside from anyone looking for an affordable and efficient mode of transportation, the Maverick has also proven to be a big hit among Millennials and Gen Z – it’s TikTok’s most popular vehicle by far, in fact – as well as fleet owners and first-time truck buyers as well, largely because of its bargain-basement price tag. That small outlay of cash also nets buyers a standard hybrid powertrain in the Ford Maverick, which is, in many ways, more appealing than the optional turbocharged Ford 2.0L I-4 EcoBoost powerplant. The hybrid’s 2.5L I-4 gas engine and electric motor provide an incredibly impressive EPA estimated 42 miles-per-gallon in the city, 33 on the highway, and 37 combined, which is on par with many economy cars on sale today.

In fact, the Maverick’s biggest conquest is the Honda Civic, and it actually beat out that same model in a recent comparison test. Thus, it’s no wonder the Maverick Hybrid has exceeded Ford’s expectations thus far, while also remaining a mainstay on Kelley Blue Book’s list of the top considered electrified vehicles. 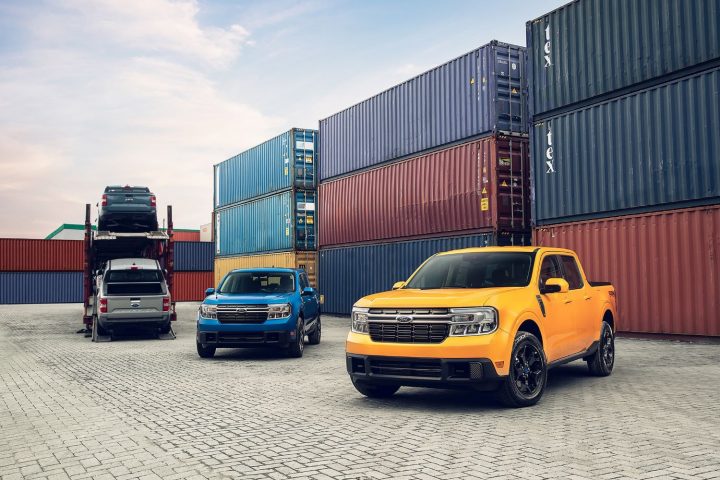 For many years, any truck that didn’t feature body-on-frame construction was largely shunned by enthusiasts and traditional pickup owners, who will point to the fact that a unibody design is less capable. However, the Maverick’s Ford C2 platform – shared with the Ford Bronco Sport, Ford Escape, and Lincoln Corsair, gives the pickup an advantage in terms of its more composed ride than body-on-frame pickups like the Ranger and Ford F-150. For those that prioritize ride over capability and don’t need to haul or tow heavy loads, that’s a big advantage, and yet another reason the Maverick is so appealing.

Unfortunately, popularity doesn’t come without downsides, and for the Maverick, there’s a big one – it’s proving rather tough to get one’s hands on the red-hot compact pickup. Many order holders have been left in the proverbial dark for months and don’t even know the status of their orders, as Ford Authority reported back in May, while the limited dealer stock that is available is frequently accompanied by large markups.