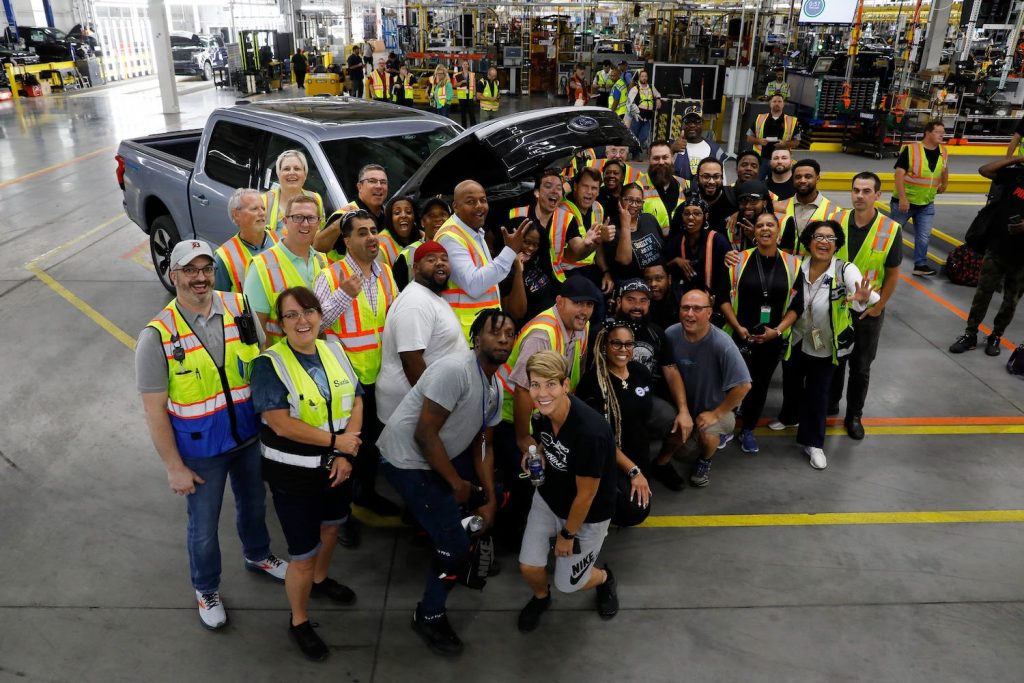 More than one public figure has had the chance to test out the 2022 Ford F-150 Lightning lately, including President Joe Biden, who took an impromptu test drive in the pickup while promoting his EV plan when visiting the Rouge Electric Vehicle Center last spring. Dwayne “The Rock” Johnson also famously tweeted out his desire to try out the 2022 Ford F-150 Lightning early this year, though he hasn’t apparently been able to drive one yet. Meanwhile, Jimmy Fallon – host of The Tonight Show – has hosted the EV pickup as a “guest” on that program, and even rapped about it earlier this year. When visiting Detroit last week, Fallon also got the chance to drive a 2022 Ford F-150 Lightning, according to The Detroit News. 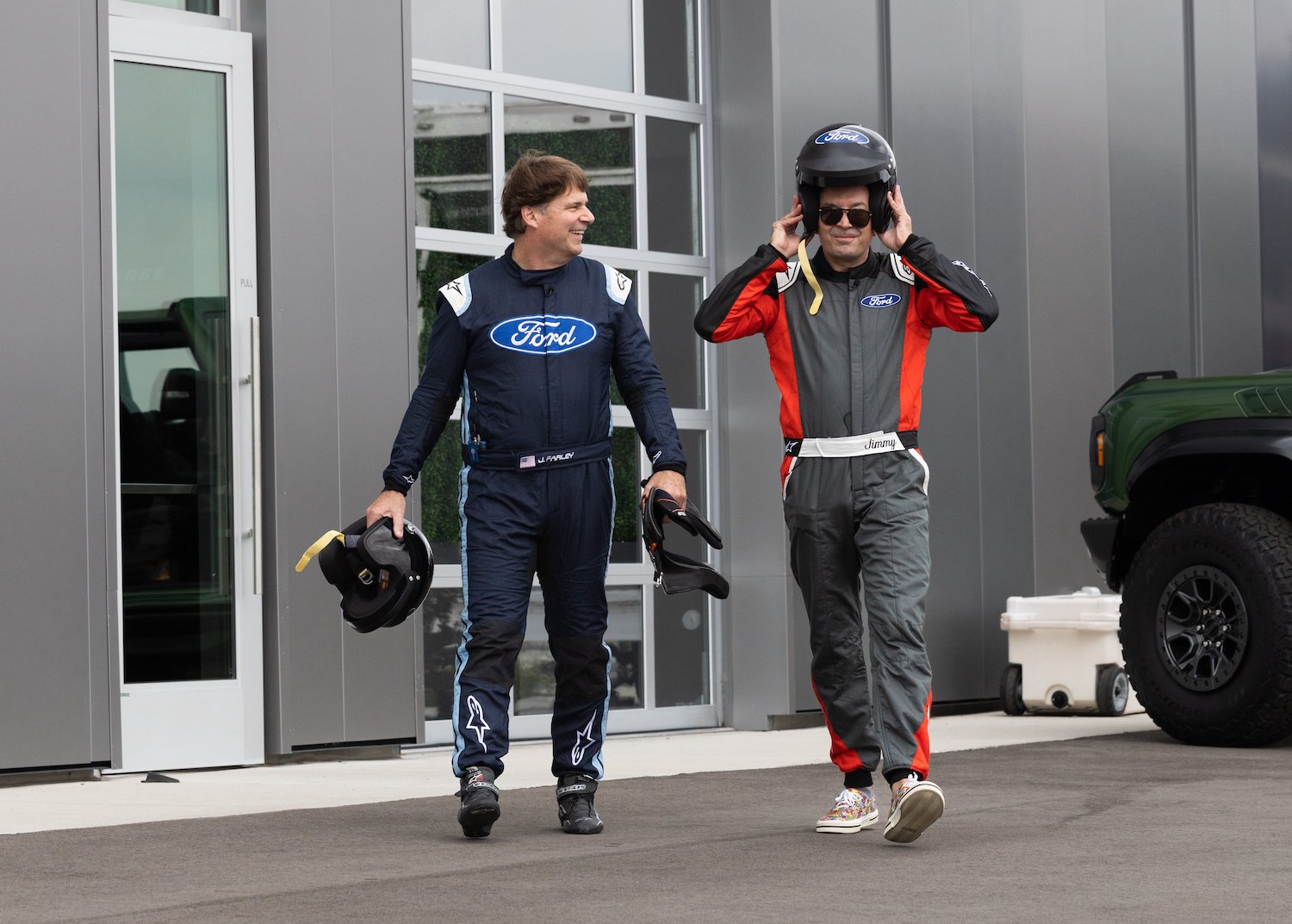 “I just drove it a hundred miles an hour,” Fallon said of his test spin in the F-150 Lightning. “Honestly, it was in three seconds. I just floored it, and you like fly back in your chair. Thing’s got some kick, man.” In addition to his Lightning test drive, Fallon also got to spend some time behind the wheel of the Ford Bronco, Ford Mustang Shelby GT500, a Mustang Supercars racer, and he even got a sneak peek at the next-generation, S650 Mustang, which he called “a work of art.” 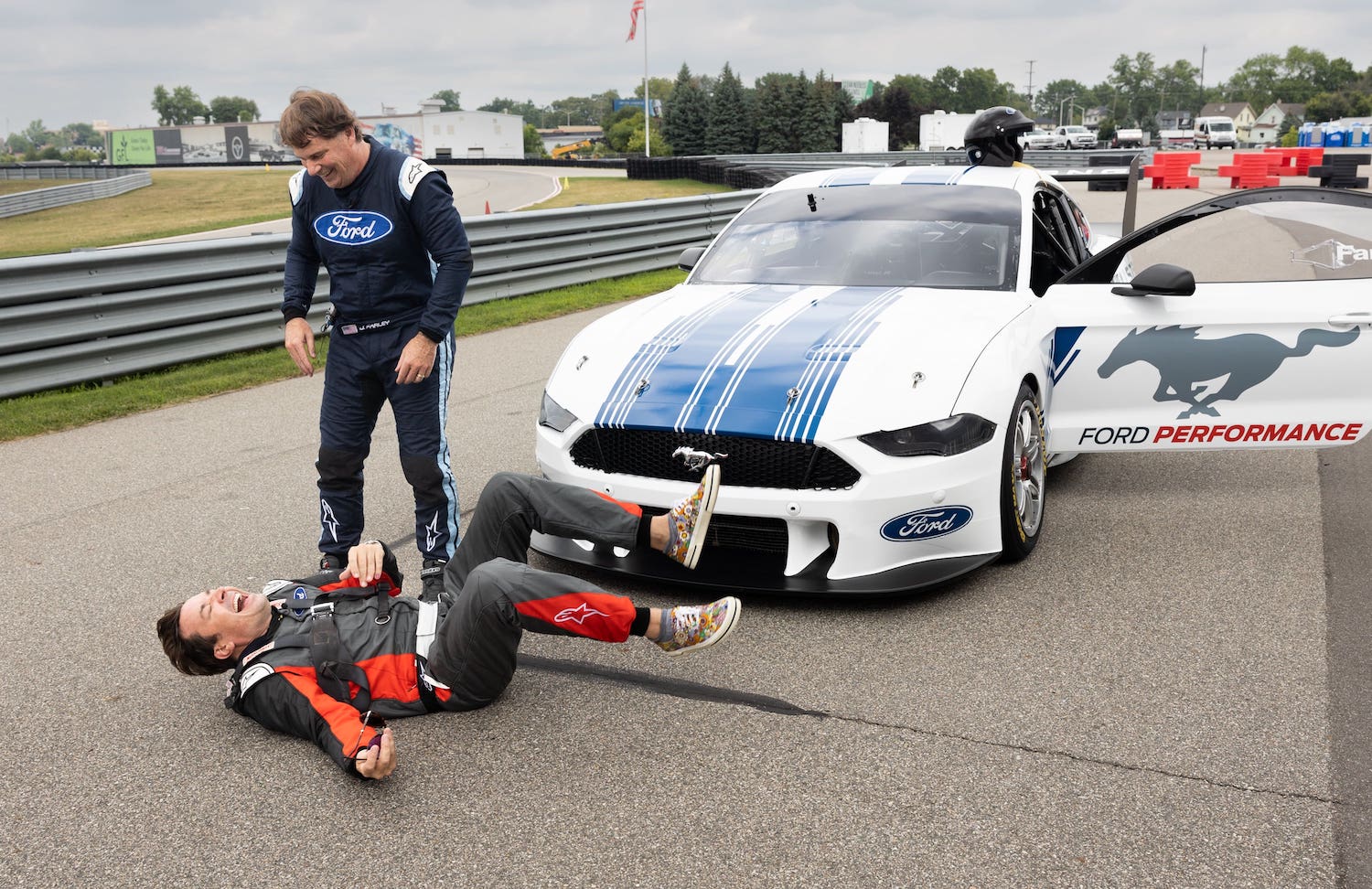 Fallon’s test drives – which took place at M1 Concourse – were planned ahead of time, and the comedian was accompanied by Ford CEO Jim Farley. However, he also visited the Rouge Electric Vehicle Center and its employees, who were surprised by his appearance, as well as the fact that he was happy to chat and take pictures with them.

So happy to host @JimmyFallon at @Ford. Fun day at the track and the Rouge Electric Vehicle Center in Dearborn, MI surprising our teams building the #F150Lightning⚡️Thanks Jimmy! pic.twitter.com/XaUSROUzcm

Fallon – who currently owns an ICE-powered Ford F-150 – is reportedly interested in trading it for an F-150 Lightning, though it’s unclear if his celebrity clout would help bump him up the waiting list, as “it’s completely sold out for three years,” according to Farley.