A number of companies have been building and selling vintage Ford Bronco restomods for years now, which can be equipped with all sorts of different powertrains, ranging from modern engines to all-electric power. However, one particular combination we haven’t seen before – at least, until now – is a Bronco with a plug-in hybrid powertrain, but the new Kindred Bronco has now broken that mold by combining electric power with the Ford 5.0L V8 Coyote engine. 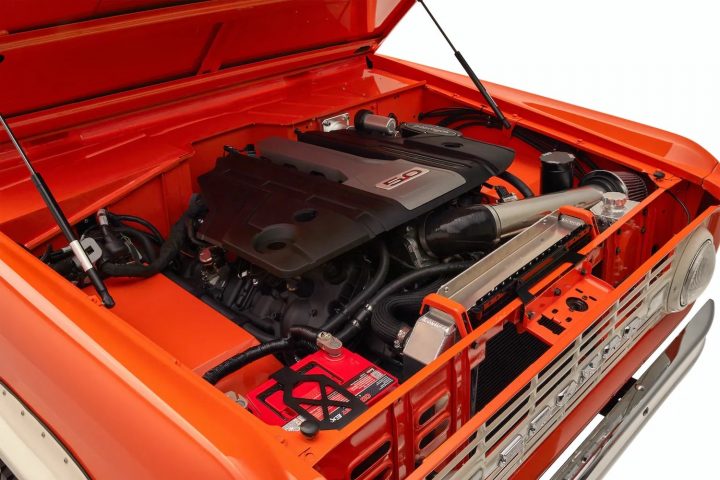 Like many restomods these days, the Kindred Bronco utilizes Ford’s venerable naturally-aspirated Coyote V8 – in this case, a third-generation model that produces 460 horsepower and 420 pound-feet of torque in stock form. However, it has also added an electric motor and battery to that ICE engine, along with a 6.6 kW on-board charger with a 120-volt adapter. Details are scant on that setup at the moment, but Kindred says that the Bronco will offer up to 200 miles of range. 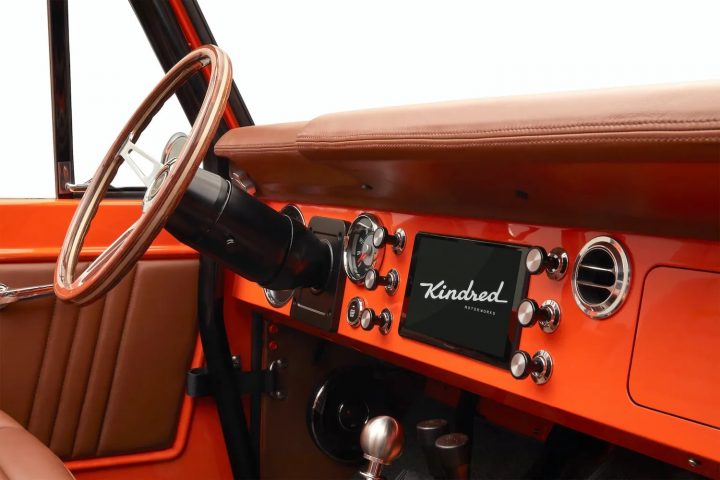 That powertrain is mated to Ford’s 10-speed automatic transmission, which sends power to all four wheels via an Atlas transfer case, a Dana 44 front differential, and a Ford 9-inch rear diff. Kindred also beefs up the Bronco’s brakes with a set of hydroboost-powered discs at all four corners, with 13-inch rotors and six-piston calipers up front and 13-inch rotors with four-piston calipers in the rear. 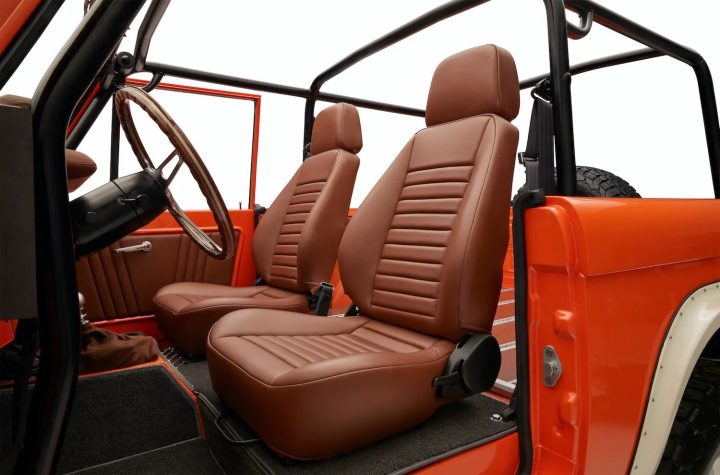 On the outside, this first-gen model looks like a nicely updated but mostly stock SUV with a set of 17-inch forged aluminum wheels and 33-inch BF Goodrich All-Terrain Tires. The interior is a different story, as it’s been replaced with custom leather threads complemented by a host of modern amenities including a touchscreen, wireless Apple CarPlay and Android Auto capability, a wireless charging dock, and an upgraded stereo system. 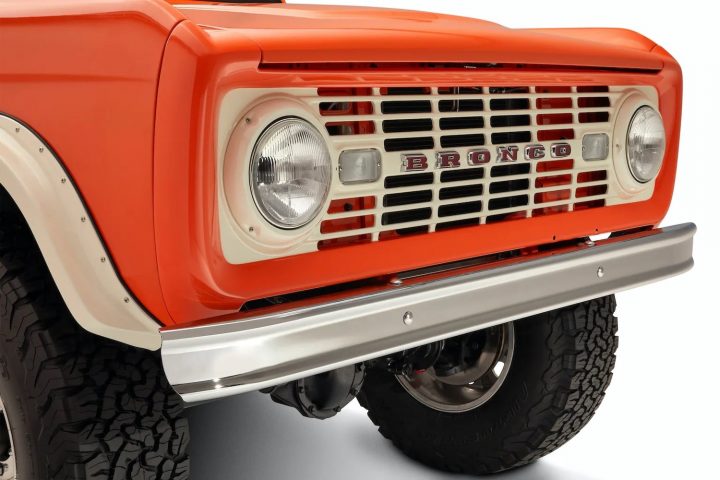 Pre-orders for the new Kindred Bronco hybrid are now open, with pricing starting out at $169,000. Production is scheduled to begin in 2024, however, which means that this electrified offering is still a ways off from becoming a reality.

We’ll have more Bronco restomods like this to share soon, so be sure and subscribe to Ford Authority for more Ford Bronco news, Bronco Sport news, and continuous Ford news coverage.