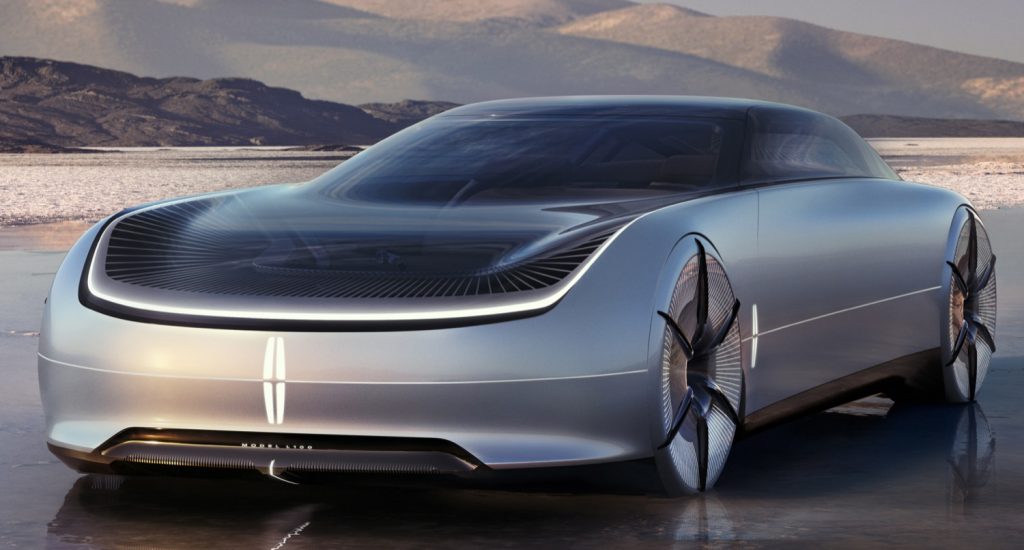 Last summer, the Lincoln Quiet Flight 2040 design exercise called upon four teams of transportation design students from the ArtCenter College of Design in Southern California, who were asked to imagine what Lincoln vehicles, their drivers, and the world around them might look like by the year 2040 and beyond. Then, mere days before the debut of the Lincoln Star Concept, Ford design chief Anthony Lo revealed that the automaker plans to roll out more concept vehicles amid its shift toward electrification. Earlier today, that came true as the luxury brand teased an all-new EV design exercise, which has now been fully revealed as the Lincoln Model L100 Concept. 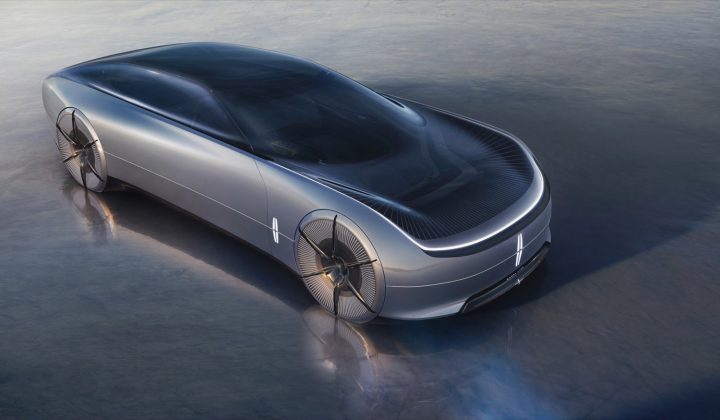 The Lincoln Model L100 Concept pays homage to the 1922 Model L – the brand’s very first luxury vehicle – a full 100 years later, while also reimagining its future. The exterior design is an exercise in aerodynamic efficiency, as the concept is low, seamless, and flush, with a “K-Tail” designed to guide air over the vehicle. Other highlights include a fully glass roof, reverse-hinged doors, Lincoln’s “Embrace” signature lighting, and even smart wheel covers capable of signaling when the vehicle is moving, showing battery charge status, and acknowledging the presence of humans. 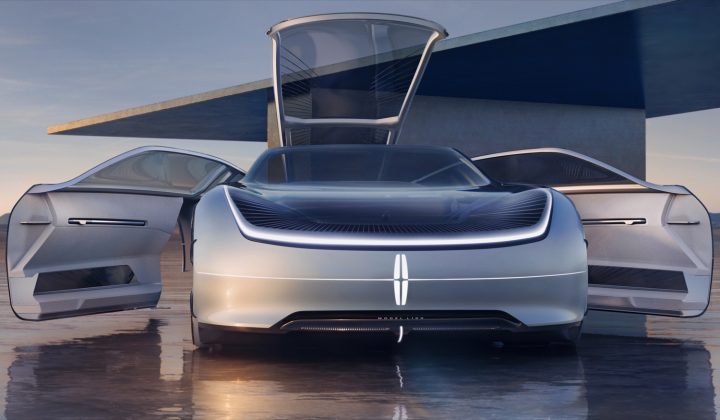 A metallic paint and frosted acrylic takes the place of traditional chrome with a satin digital ceramic tri-coat, which features a soft white huu that transitions into an open-air blue. In terms of mechanicals, FoMoCo says that the Model L100 Concept “uses next generation battery cell and pack technologies, which will deliver game changing energy density and enable efficient, structural integration by treating the entire vehicle as a system.” 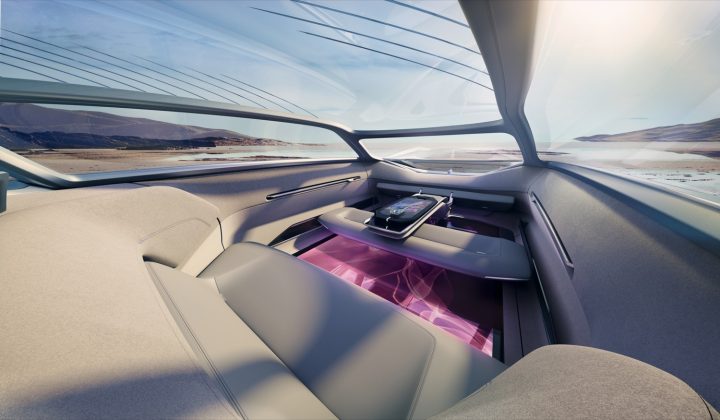 Inside, efficient packaging results in maximum cabin space, while the front seats can swivel around as the Model L100 Concept is designed as a fully-autonomous vehicle, allowing the passengers to enjoy a more social setting. There are plenty of signature design elements present in the cabin as well, including an interactive center console chessboard with a jewel-inspired controller that replaces a traditional steering wheel, a digital floor and canopy, and ambient lighting. The interior is free of animal products and instead utilizes recycled suede fabric and other luxurious alternatives.

The Lincoln Model L100 Concept is making its real-life debut at this year’s Pebble Beach Concours d’Elegance, where the luxury brand is that iconic event’s featured marquee as it celebrates its centennial. 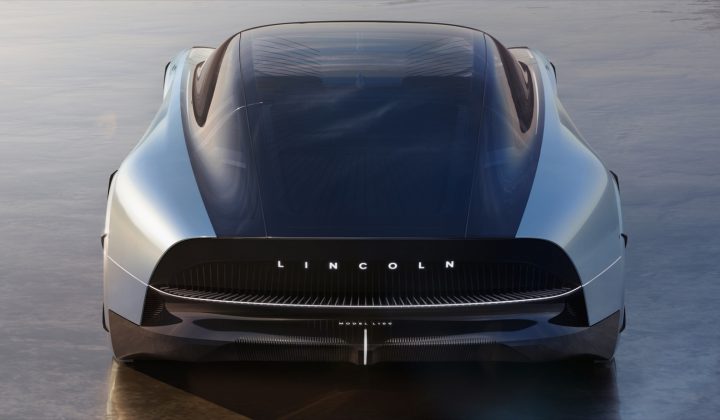 “We are at a special moment in our history. Over the last 100 years, Lincoln has pioneered multiple innovations and pushed the boundaries of design that have come to define our brand as we know and love it today,” said Joy Falotico, president, Lincoln. “With the Model L100 Concept, we reimagine what the Lincoln sanctuary might look like for our clients of tomorrow moving us forward to define the next chapter of the Lincoln story.”

We’ll have more on the Lincoln Model L100 Concept soon, so be sure and subscribe to Ford Authority for more Lincoln news and non-stop Ford news coverage.

How The New ‘FordPass’ Mobility Platform Came About