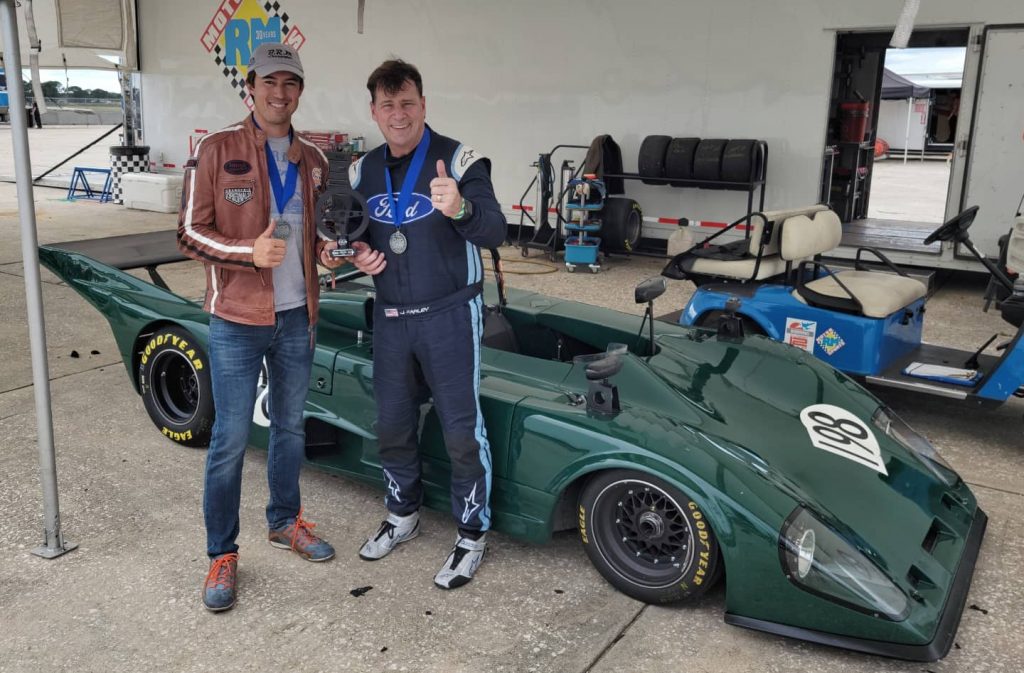 Ford CEO Jim Farley isn’t just the lead executive at one of the world’s largest automakers – he’s also a part-time race car driver who has fared quite well in a number of recent vintage racing events behind the wheel of his Shelby Cobra, 1966 Ford GT40, and 1978 Lola T298. The Pope Francis Center also recently auctioned off the chance to ride shotgun with Jim Farley on the track in a Ford race car to raise money to help the homeless in Detroit, and now, someone else will get the chance to have lunch with the auto exec thanks to a new auction that just went live at Bring a Trailer.

The special lunch will take place at Monterey Car Week on Saturday, August 20th, with all of the proceeds from the auction going to benefit the Laguna Seca Raceway Foundation – a 501(c)(3) non-profit that aims to improve access to WeatherTech Raceway Laguna Seca. As he does each year , Farley will be on hand participating in the Rolex Motorsports Reunion behind the wheel of his vintage vehicles.

In addition to scoring some grub and the chance to hang out with Jim Farley, the winner of this charitable auction will also receive VIP parking, VIP passes for the Rolex Monterey Motorsports Reunion, driver’s lounge access for two people, and the chance to ride shotgun with a professional race car driver while they take some hot laps around the iconic track.

Bidding for this charity auction is currently live, and will remain that way for the next seven days. As of this writing, a total of four bids have already pushed the price up to $5,000, and we imagine that it will only get much higher over the coming week.

We’ll have more on Jim Farley soon, so be sure and subscribe to Ford Authority for the latest Ford business news and non-stop Ford news coverage.