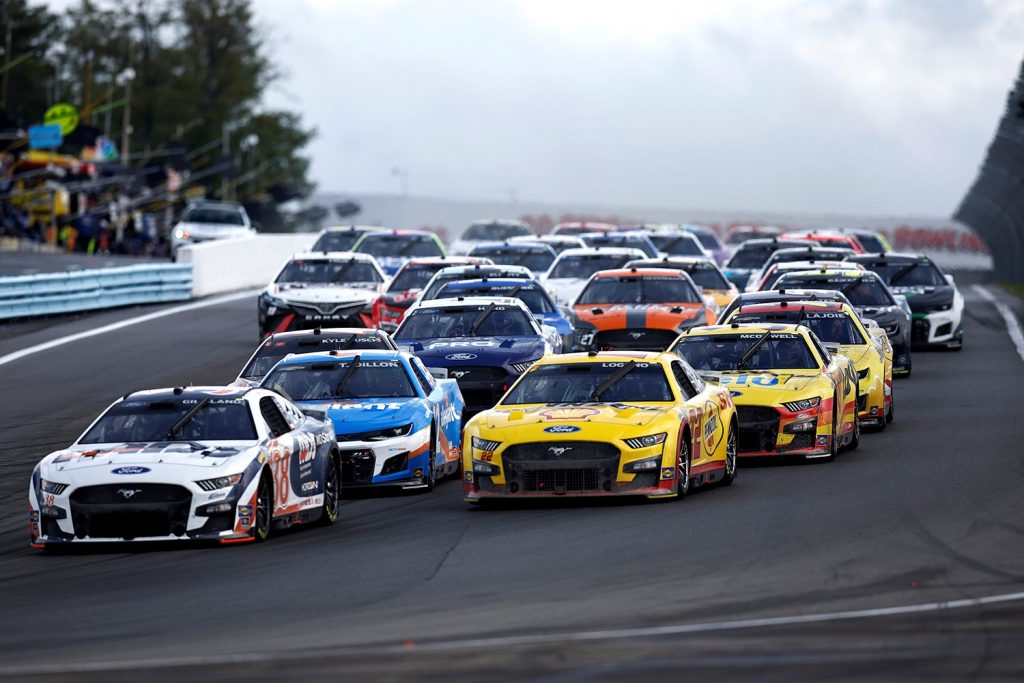 A pair of Nascar Ford teams showed the way for a combined 30 laps at Watkins Glen on August 21st, 2022, but none of those laps led were the last one.

Michael McDowell, driver of the No. 34 Ford Mustang, started in third place. His Mustang was strong throughout the weekend, and he captured the lead early, passing polesitter Chase Elliott’s No. 9 Chevy Camaro ZL1 just four laps into the race. However, a pit stop cycle put the No. 17 Mustang of Chris Buescher in the lead to capture the first stage win. 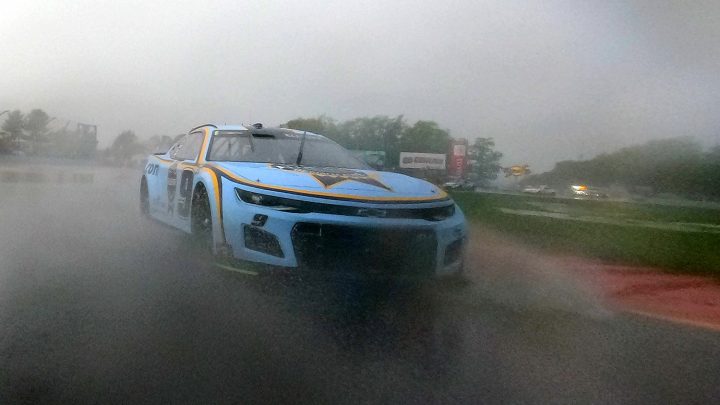 Stage 2 was the Joey Logano show, as the No. 22 Mustang slipped into the lead on Lap 28, passing Kyle Busch’s No. 18 Toyota TRD Camry and capturing the stage win. When the green flag fell on Stage 3, McDowell’s No. 34 nosed back up to the front, passing Elliott’s No. 9 Camaro for the lead once again. However, McDowell’s No. 34 Mustang was out-braked by Elliott’s No. 9 Camaro, giving the lead back to the Chevy. 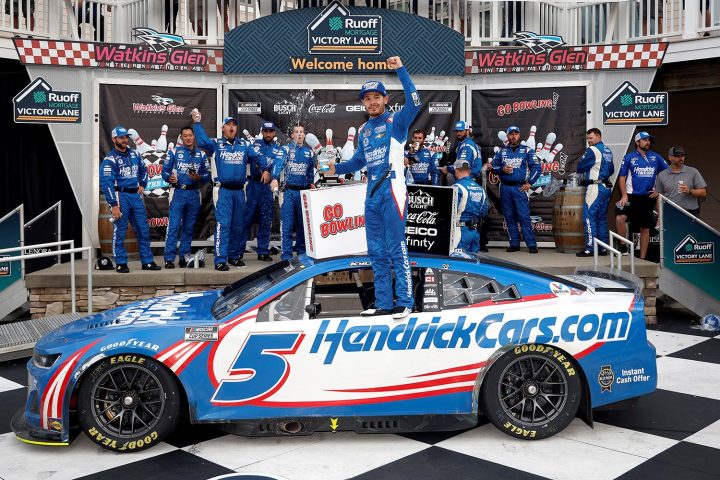 The Nascar Ford teams fell off in the latter stage of the race. On the final restart, which occurred after a caution with five laps to go, Elliott’s No. 9 Camaro and Kyle Larson’s No. 5 Camaro made contact at the front of the field, allowing Larson to claim the lead. Larson’s No. 5 Camaro never looked back, leading the No. 16 Camaro of AJ Allmendinger across the line, while Logano’s No. 22 Mustang salvaged a third-place finish after leading 15 laps. McDowell, whose No. 34 Mustang commanded 14 laps, finished sixth.

It’s worth noting that the final regular season race occurs this coming weekend at Daytona, and Ryan Blaney’s No. 12 Mustang is in danger of being eliminated from the championship if he is outperformed by other drivers below the cut line. Blaney has yet to win a point-paying race in 2022.