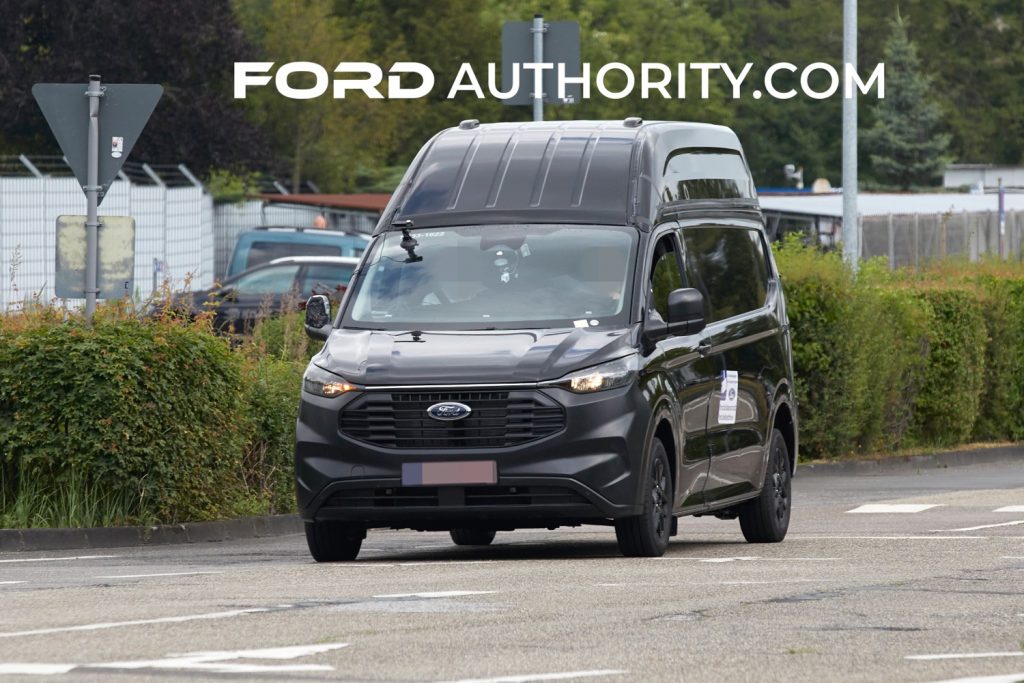 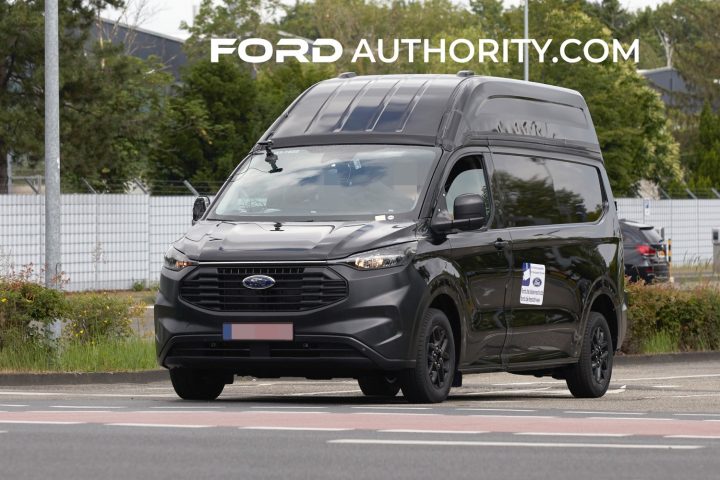 This new Ford Transit Custom prototype isn’t wearing any camo, giving us our best look yet at the next-gen version of that model. Up front, that includes a look at a sleek, modern new front end design with slim headlights, an oval-shaped grille, and some distinctive lines carved into the front bumper. Moving down the side, we get a good look at this van’s restyled flanks, which are complemented by fender flares and black split six-spoke wheels that give it a sporty look. There’s also a magnetic Ford sign attached to the side, a common sight on commercial vehicles these days. 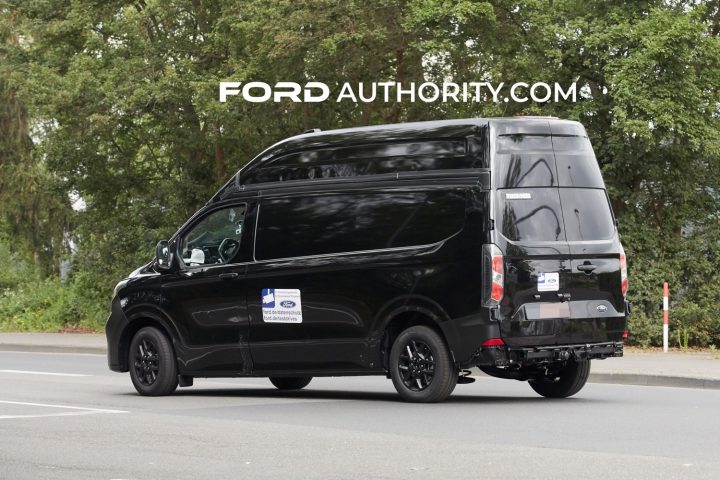 Out back, this van is oddly missing its rear bumper, but otherwise, we can clearly see the new taillight design that – like the headlights – is slimmer than the current-gen model, with a pair of red elements flanked by clear lenses. 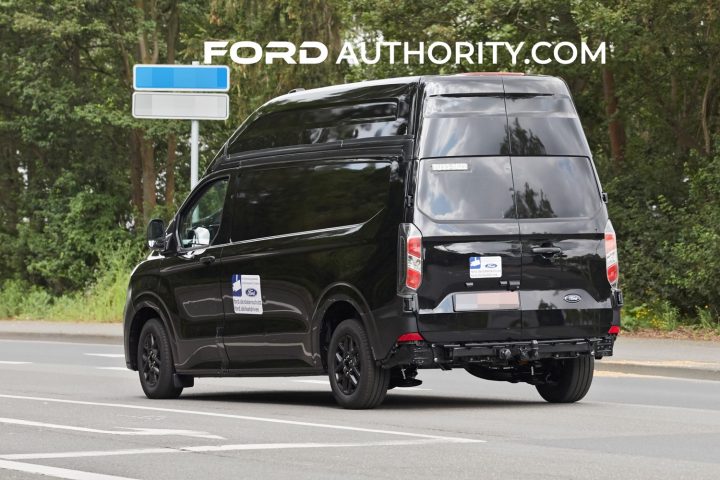 This prototype shares quite a few styling cues with the all-electric E-Transit Custom, which isn’t a huge surprise given the fact that the regular E-Transit also looks quite a bit like its ICE-powered brethren. Regardless, the next-gen van presents a pretty big update in terms of styling compared to the outgoing model. 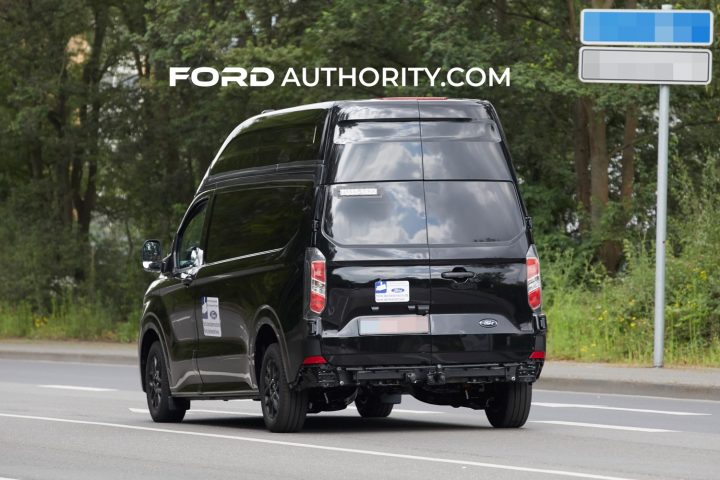 Ford has greatly expanded its Transit Custom range over the last couple of years, adding the more off-road capable Trail and Active variants, as well as the same rugged trims for the Transit Custom Nugget camper. As Ford Authority reported last March, the E-Transit Custom has been confirmed for production in the second half of 2023 and will be built alongside all other variants by Ford Otosan – Ford’s joint venture with Koç Holding – at the Otosan Assembly plant in Turkey. 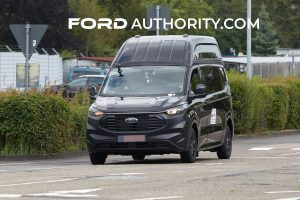 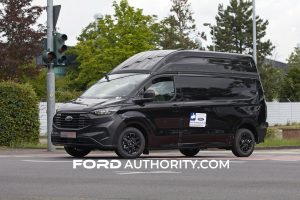