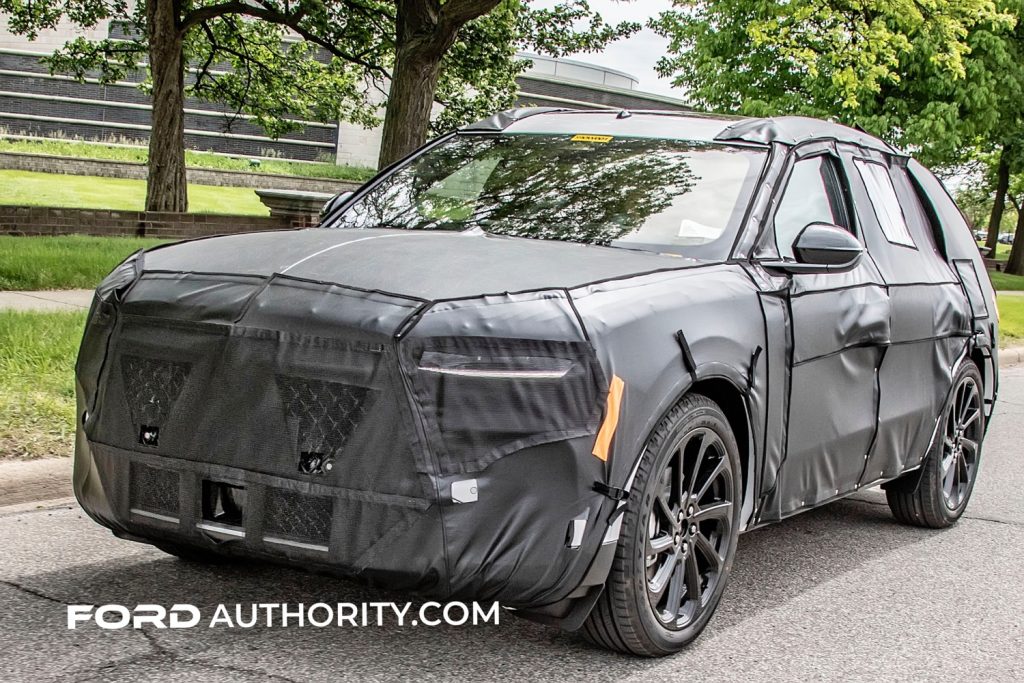 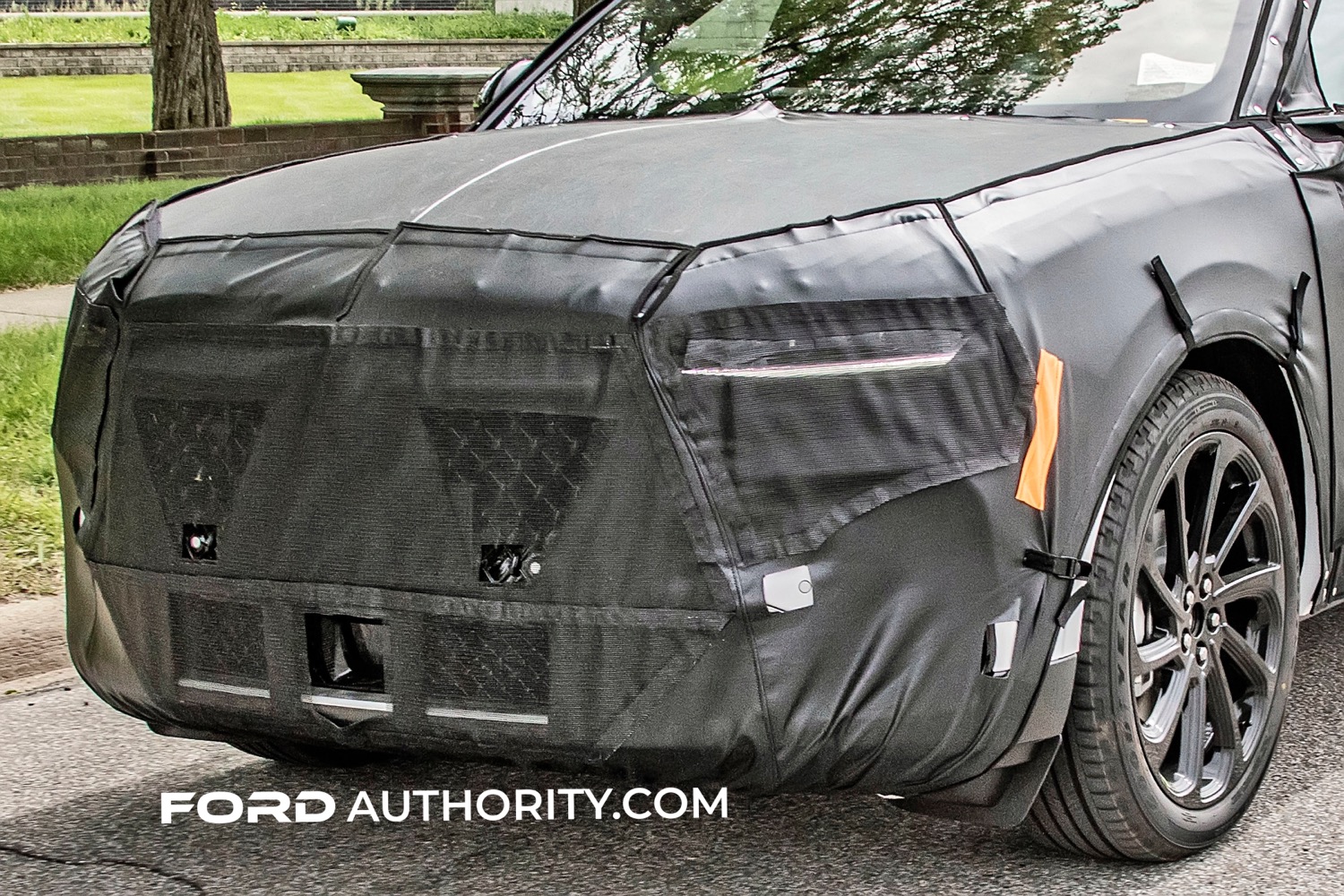 Like the previously-spied Nautilus prototype, which was spotted in Spain, this model is also wearing a considerable amount of camo that conceals its appearance quite effectively. However, we do get a better look at the front end at least, which bears a strong resemblance to the China-only Lincoln Zephyr, with thin headlights and a large grille that features a diamond-shaped pattern in the center, with a smaller lower grille beneath it sporting a tighter version of that same look. 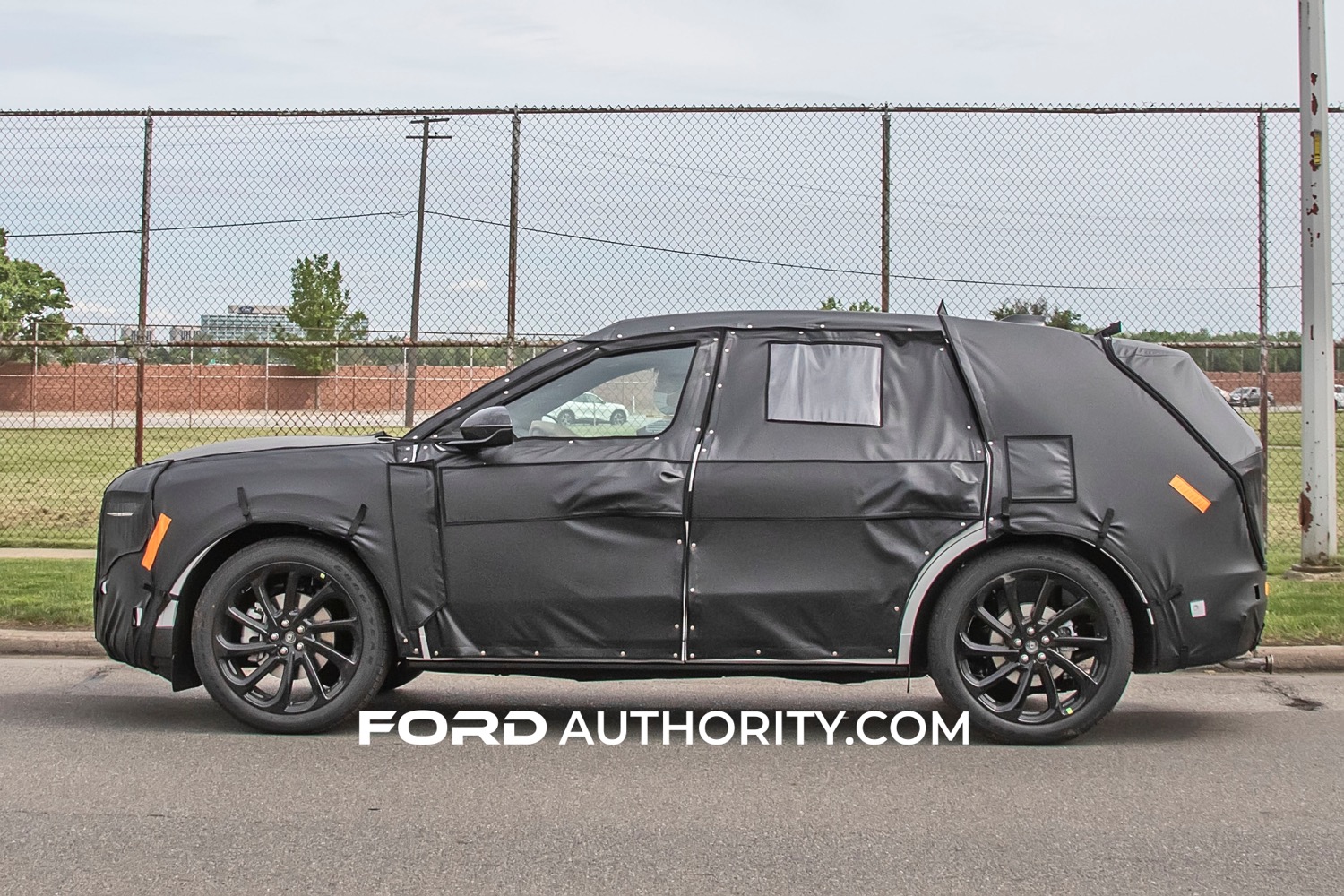 The Zephyr-like look continues down the side, where this prototype is fitted with mirrors that are tucked up close to the A-pillar like the sedan and are similar in style as well. This prototype is covered up quite well, but we can see that it also sports Lincoln’s signature wheel design, while the European model was fitted with flush-mounted door handles, which have been a staple of all mid-size Ford C2 platform vehicles thus far. Out back, an EPA exhaust setup signals that a new-to-the-Nautilus powertrain is being tested in this particular prototype, too. 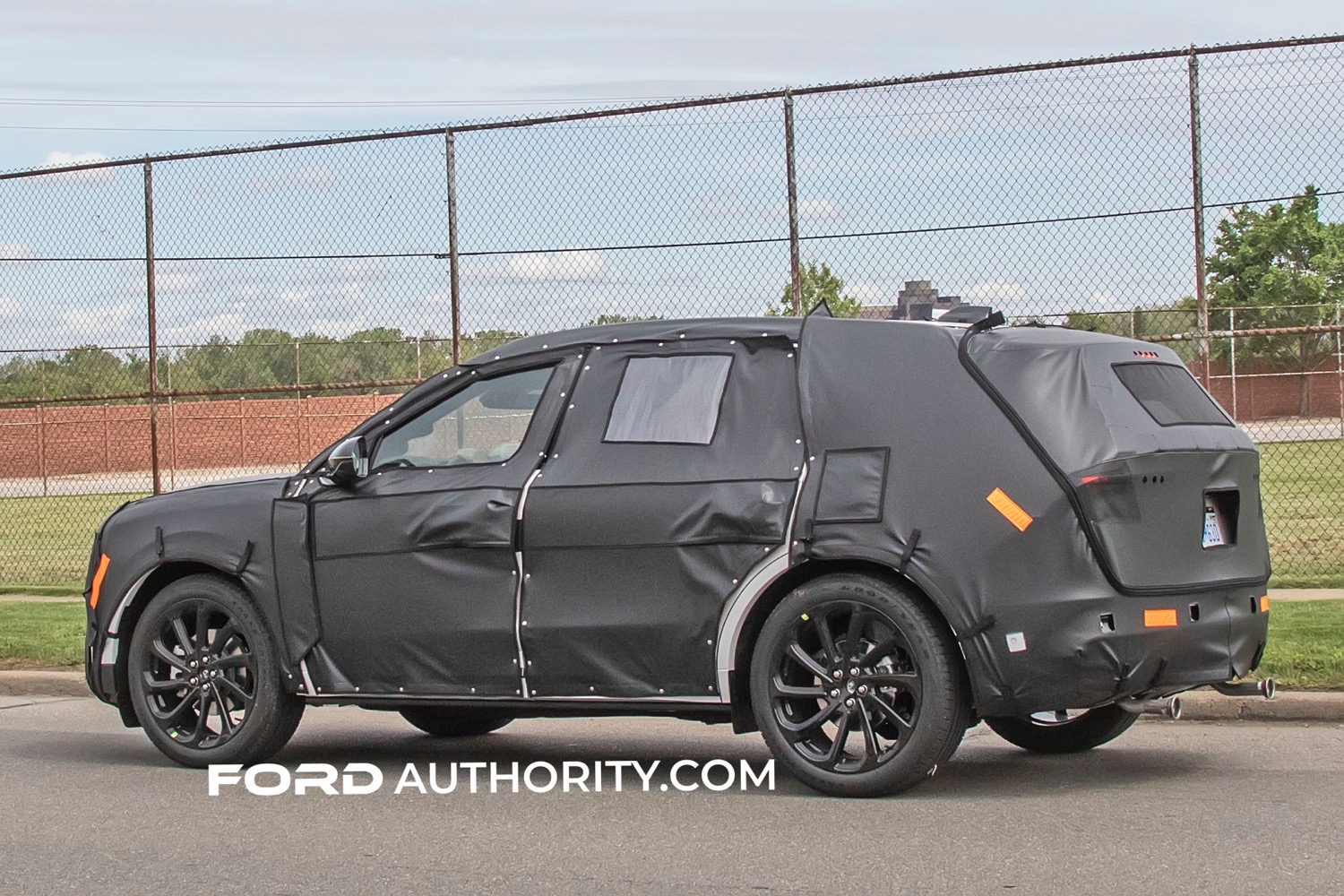 Ford Authority spies also spotted a next generation Ford Edge prototype testing alongside the Nautilus in Spain earlier this week, but that version of the crossover leaked on an official Chinese government website last week, giving us a very good look at that country’s version of the new model. 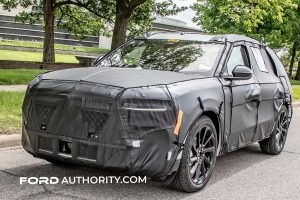 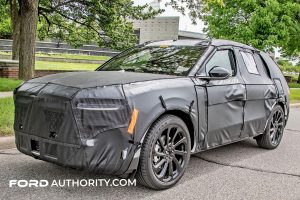 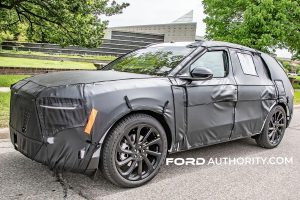 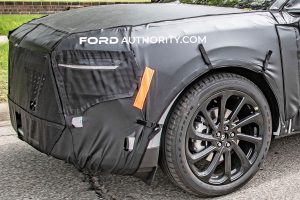 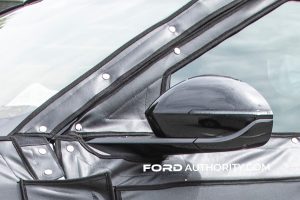 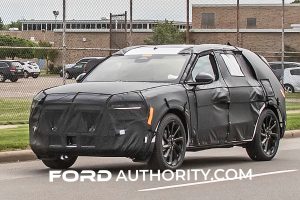 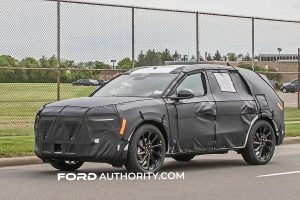 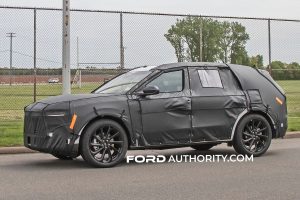 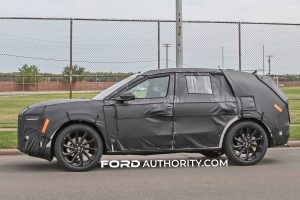 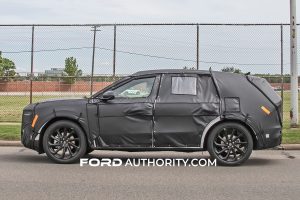 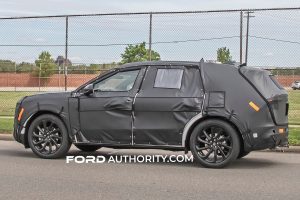 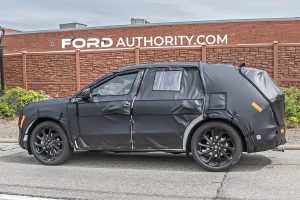 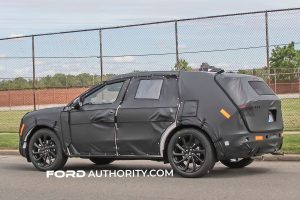 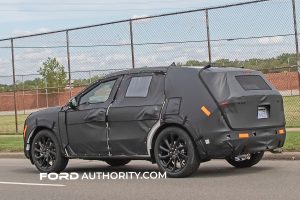 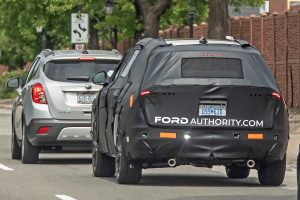 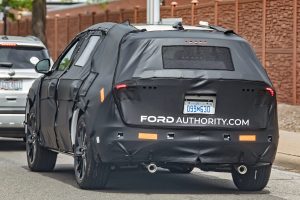 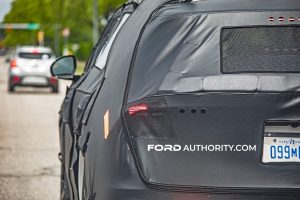 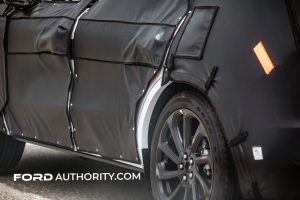