Ford Motor Company has filed a patent for a system that could allow vehicles to update each other, Ford Authority has learned. 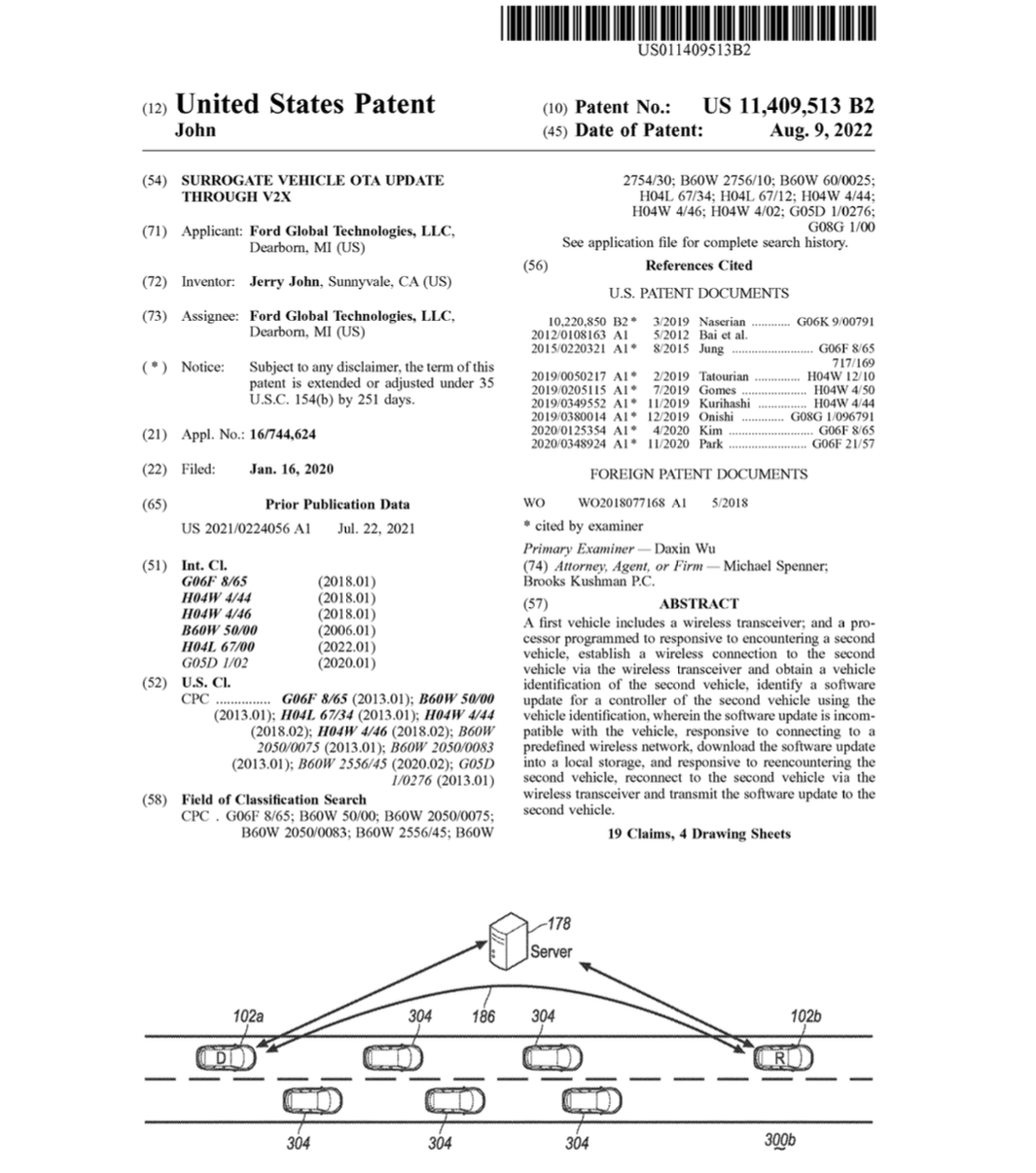 After launching Blue Oval Intelligence – an all-new connected vehicle platform – last year, Ford is betting big on connected vehicle technology and generating huge amounts of revenue from tens of millions of users and features such as BlueCruise over the coming years. However, vehicle-to-vehicle technology can also be used to do things like allow one all-electric vehicle to charge another, as well as enable a vehicle to update another vehicle, if this Ford patent comes to fruition. 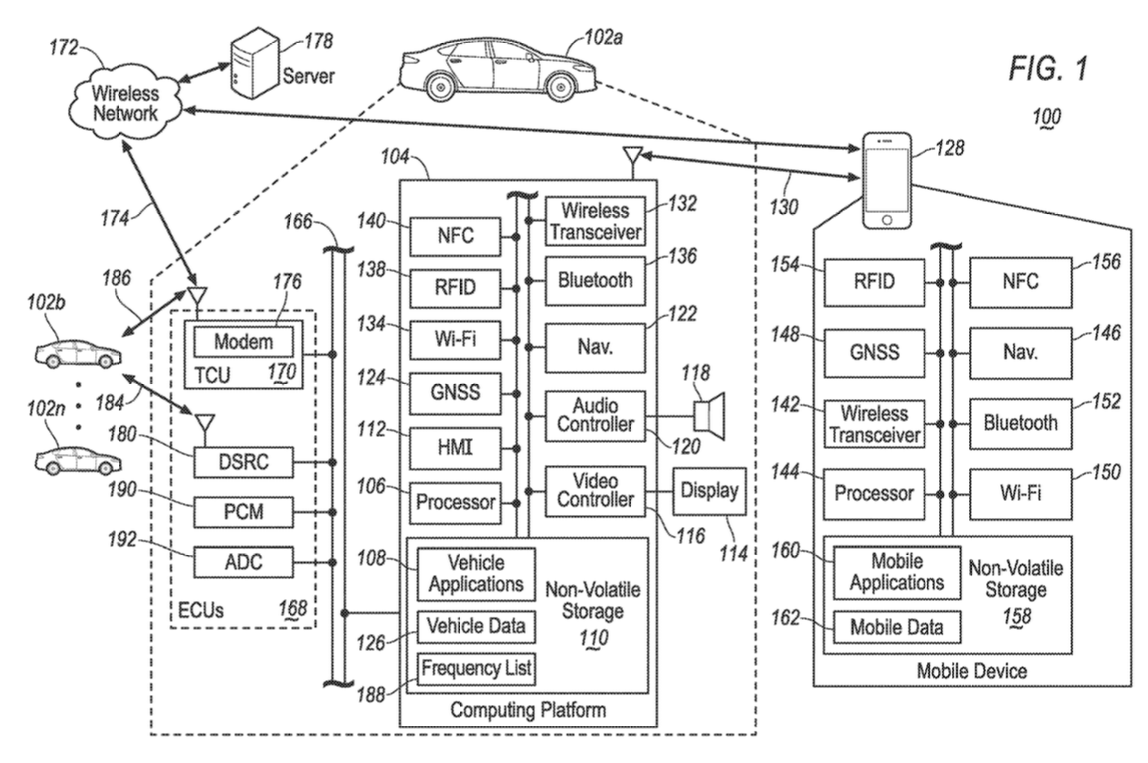 This new Ford patent depicts a system that would utilize a wireless transceiver and a processor to establish a connection with another vehicle, obtain its vehicle identification information, and determine if that vehicle has a compatible software update. If it does, the system would be able to download the update and transmit it to another vehicle wirelessly, then delete it.

The patent notes that these types of software updates can sometimes be quite large and costly to deliver over a paid network such as a cellular connection, which is the reason for this particular idea. It specifically mentions that such a system could be used by technicians at dealerships to install OTA updates in customer vehicles, which would prevent those customers from having to pay for the data consumed while doing so. 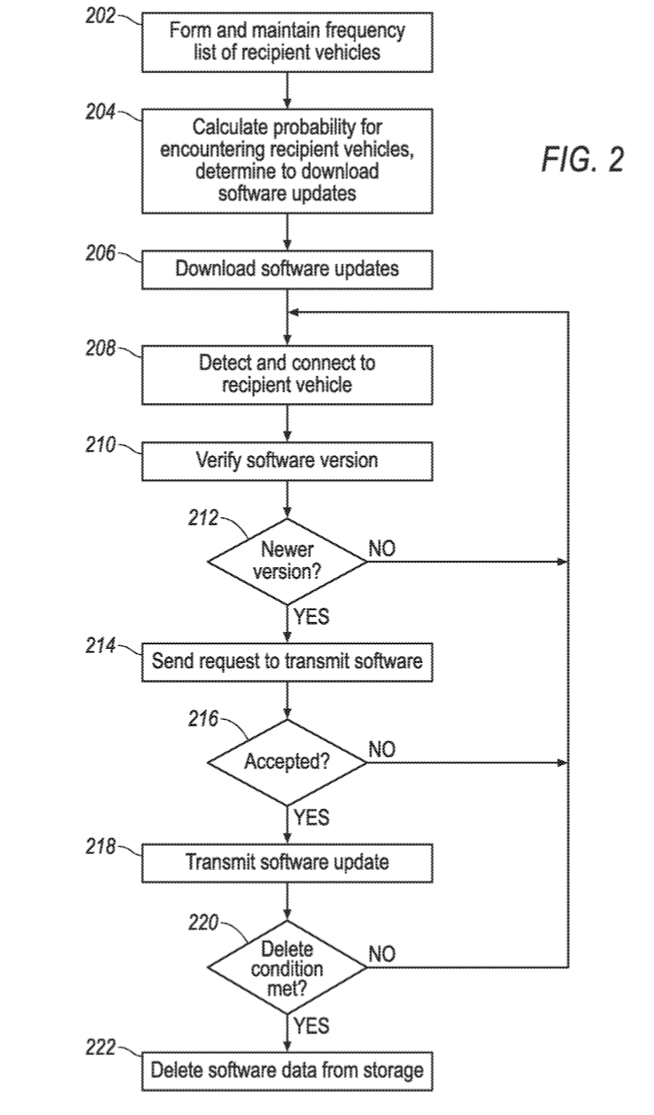 It’s also possible that technicians could download updates and then drive to customer’s homes to install them on their vehicles, or that this type of technology might also prove useful for other applications, but for now, it seems to be designed specifically for service departments.