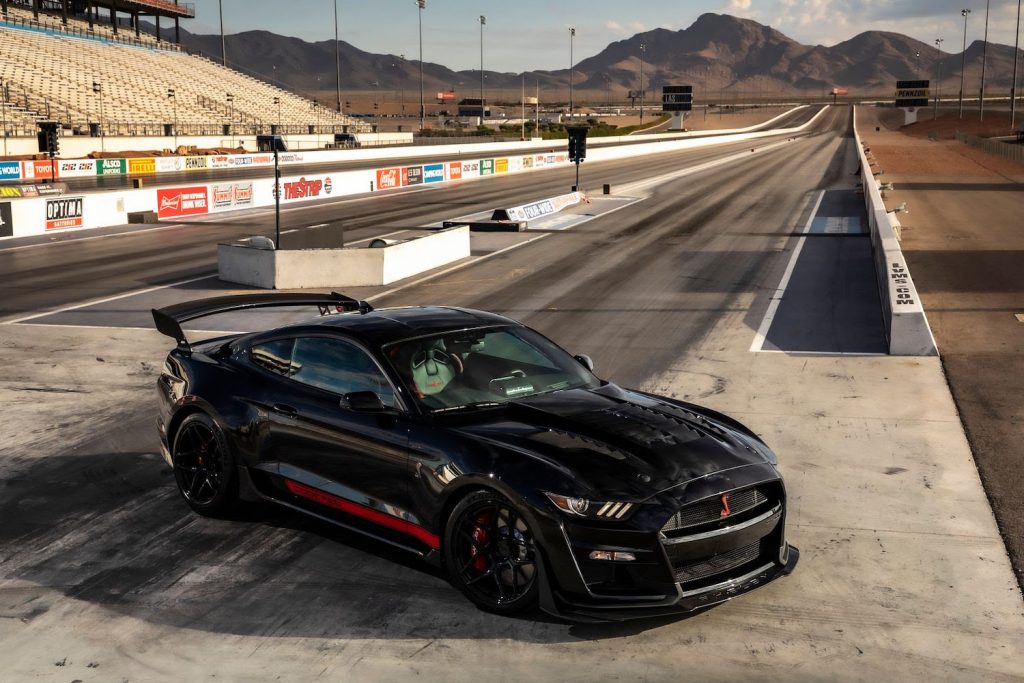 Shelby American has been on a roll lately, most recently rejuvenating its partnership with Hertz to roll out the newest Rent-A-Racers, the Ford Mustang Shelby GT500-H and GT-H. Now, as Shelby continues to celebrate its 60th anniversary, the company is marking that occasion with something extra special – the Shelby GT500 Code Red, a twin-turbocharged monster packing 1,300 peak horsepower and some special features to boot. 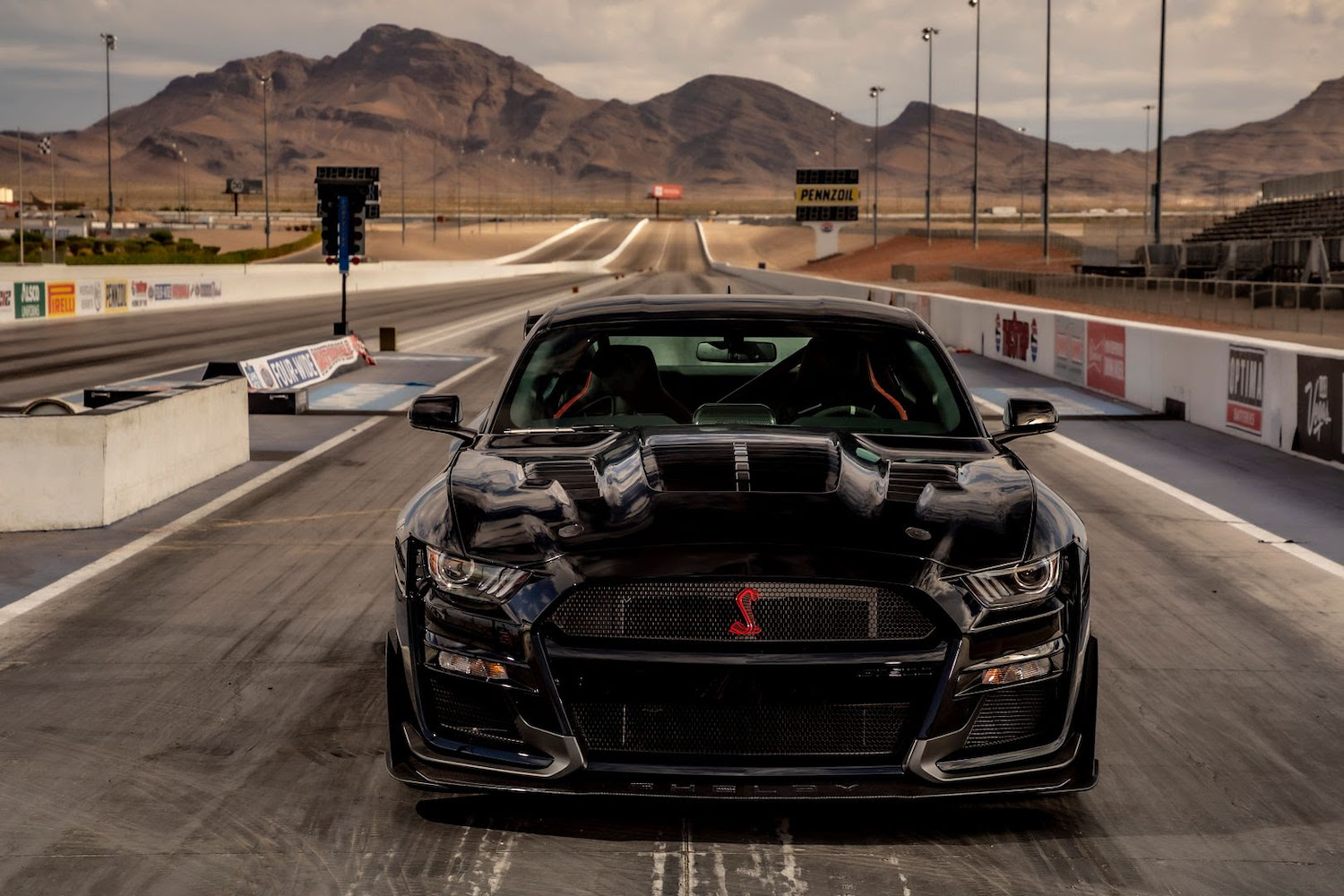 The Shelby GT500 Code Red gets its name from an experimental, one-off 2008 Shelby GT500 that featured twin turbochargers and wound up making so much power – over 1,000 horsepower, in fact – that it wasn’t deemed viable for actual production. Things have apparently changed, however, as the S550 generation GT500 provides a solid enough base for that kind of output, according to Shelby. 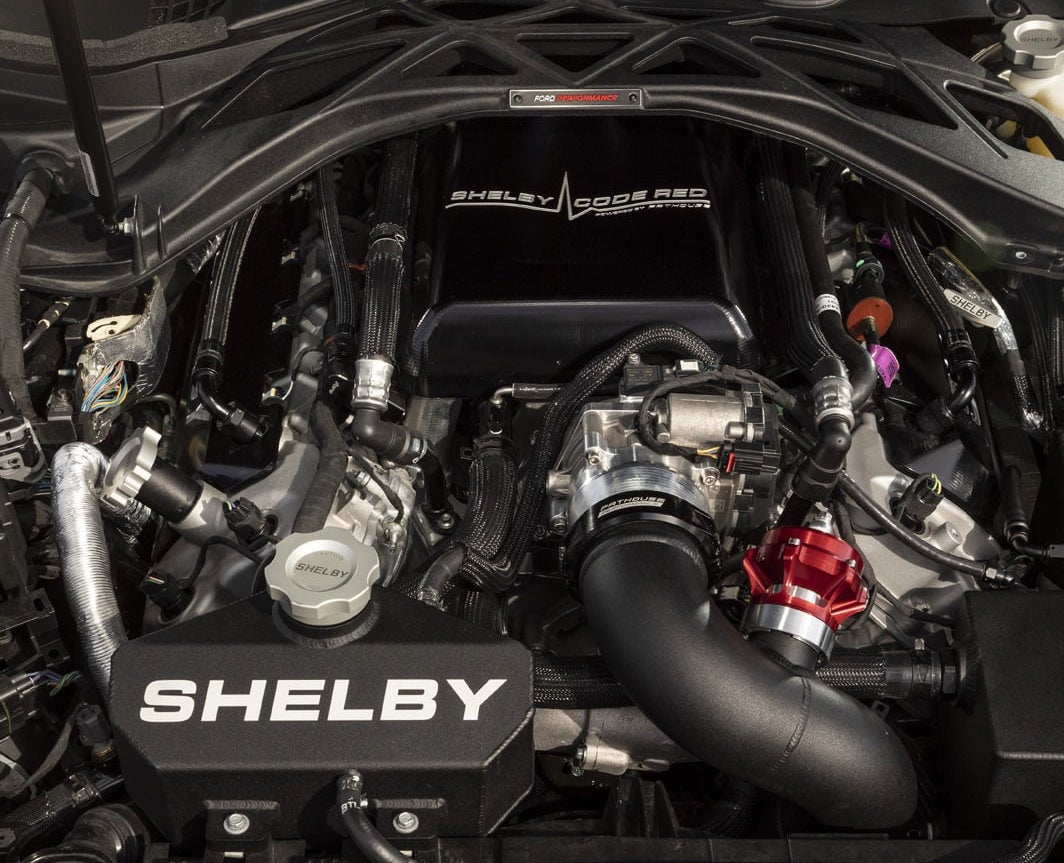 To achieve that stunning output, Shelby gave the Code Red a pair of Xona 7869S turbos, Tian MVS wastegates, three-inch downpipes and exhaust, headers, 10.5:1 compression Manley pistons, Manley rods, ARP hardware, a beefed-up cooling system, ID1300x injectors, and a MoTeC M150 Engine Management Package that allows owners to adjust output from 650 horsepower on up. The Shelby GT500 Code Red makes the aforementioned 1,300 horsepower and 1,000 pound-feet of torque on E85, but can also run on pump 93-octane fuel, albeit while generating “only” 1,000 ponies and 780 pound-feet of twist. 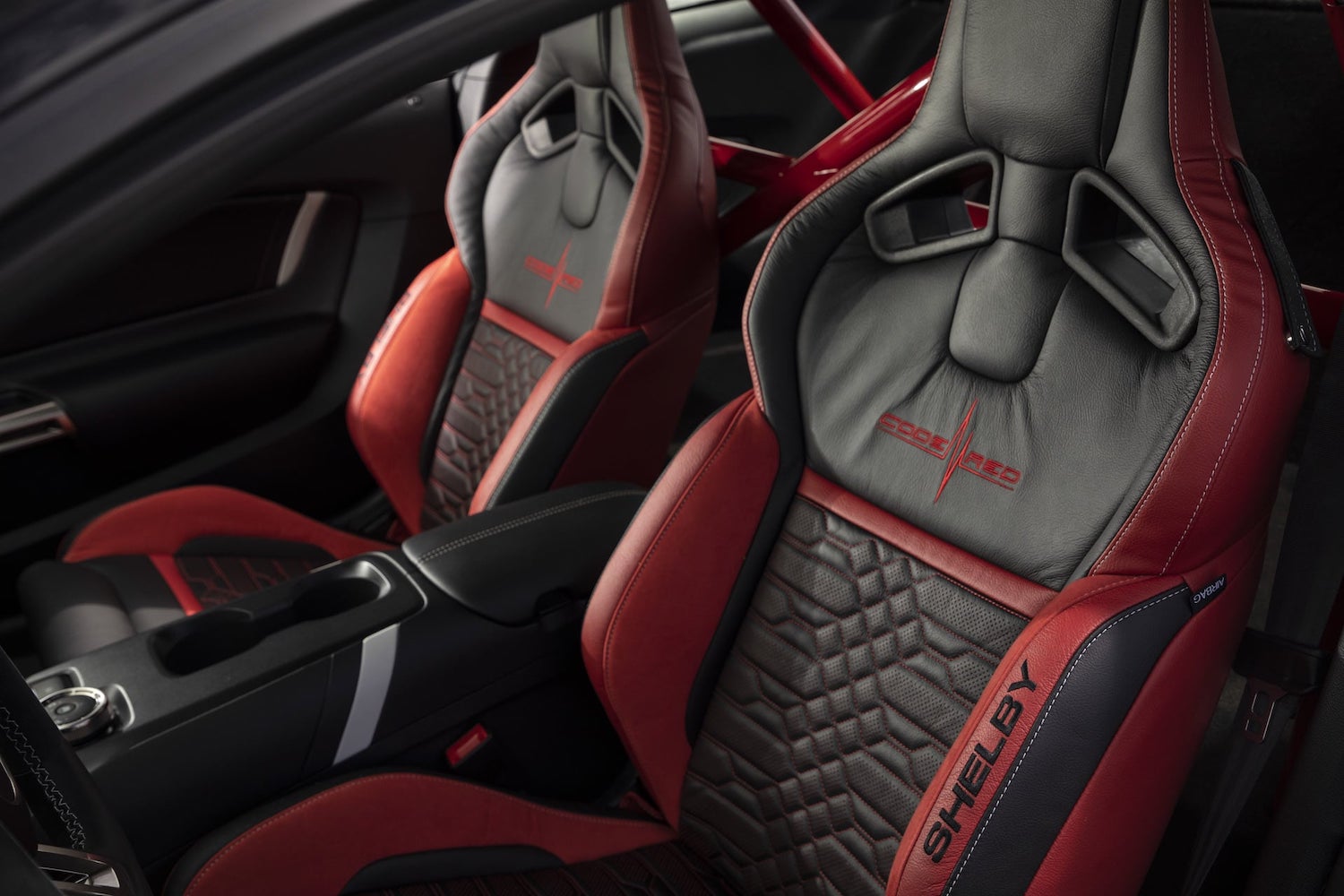 Outside of its monstrous powerplant, the GT500 Code Red also features a wide body package and a host of carbon fiber exterior parts including its front splitter, open rear diffuser, wide body side rocker wings, rear wing spoiler, and vented hood, while the interior is fitted with recovered leather seats, Shelby embroidery and badging, and a rear seat delete. Underneath, Ford Performance front and rear sway bars, a MagneRide suspension recalibration, and ride-height adjustable front and rear springs help put the power to the ground, while the pony car rolls on a set of Shelby one-piece 6061-T6 forged aluminum wheels measuring 20×11 inches up front and 20×13 inches out back with 305/30/20 and 345/30/20 tires fore and aft. 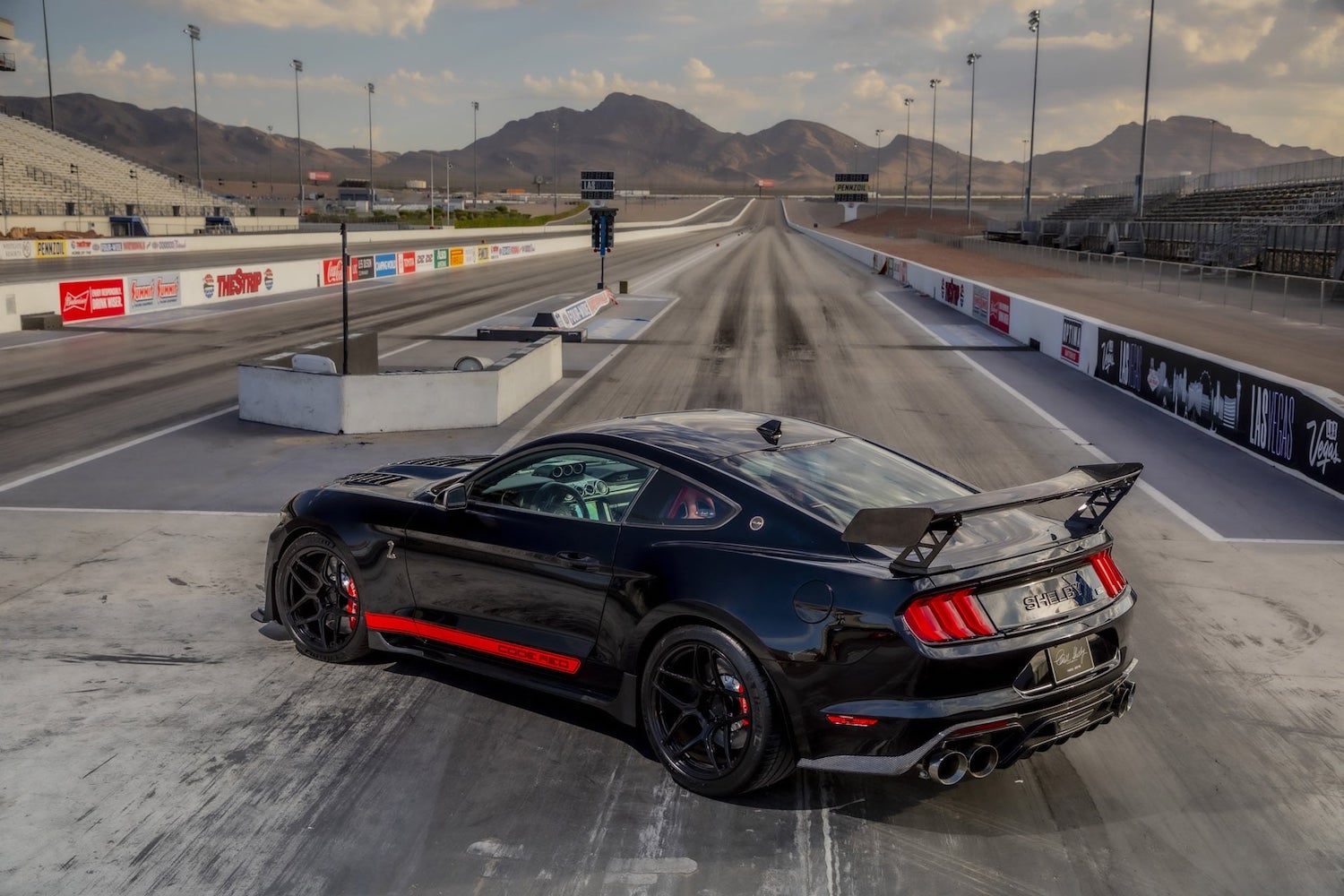 We’ll have more on the Shelby GT500 Code Red soon, so be sure to subscribe to Ford Authority for more Ford Mustang news, Mustang Shelby GT500 news, and non-stop Ford news coverage.

Turbocharged 2007 Ford Fusion Featured At SEMA Is For Sale