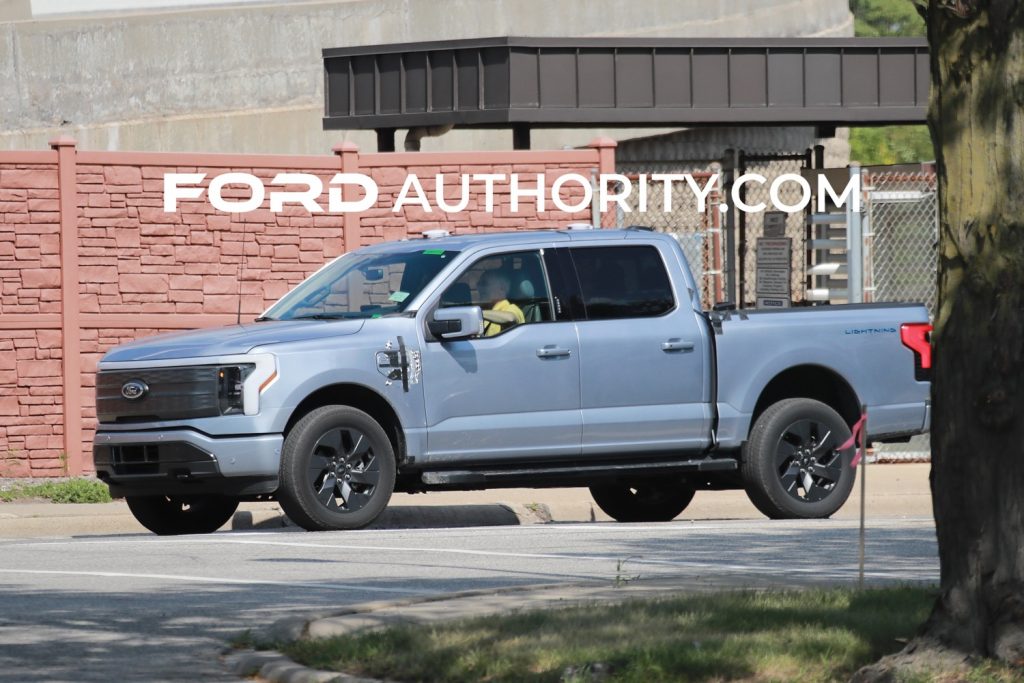 Ford F-150 Lightning deliveries have been underway for months now, with the EV pickup reaching all 50 U.S. states at this point. However, that doesn’t mean Ford Authority spies aren’t still coming across Ford F-150 Lightning prototypes, though most of them haven’t presented anything particularly new or revolutionary over the past few months. That isn’t the case with this newly-spied prototype, however, which has some truly interesting features that indicate something is being tested here. 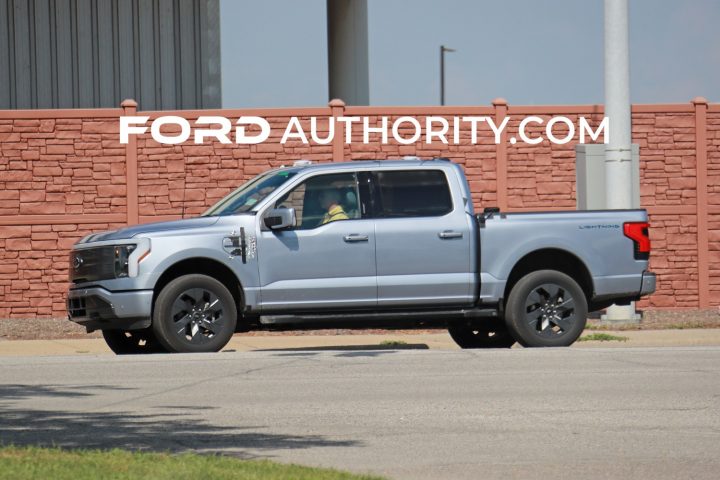 For starters, there is a small amount of camo placed around the truck’s charge port, which is taped shut for some reason. There are also two small sensor-like devices placed on the roof, as well as some sensors taped to the bed with wires protruding from the rear door. It’s unclear what all of these strange features might indicate is being tested here, but it’s possible that it could be something autonomous – either a future version of Ford’s BlueCruise hands-free highway driving assist software, or perhaps even Argo AI’s self-driving tech. Previously, Ford Authority spies spotted an ICE-powered F-150 testing autonomous hardware, as well as an F-150 Raptor decked out with similar equipment. 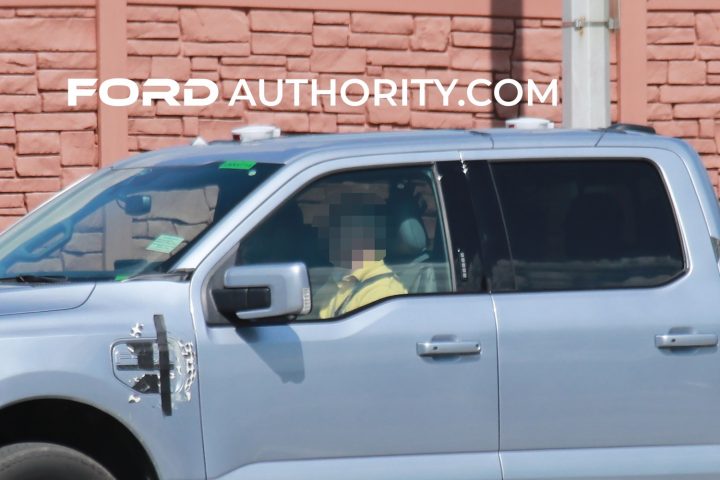 Whatever might be happening here, it certainly isn’t the first time Ford Authority spies have spotted something strange affixed to a Ford F-150 Lightning prototype. Back in March 2021, a prototype was spied wearing a “Machoman” sticker, and Ford Authority later learned all F-150 Lightning prototypes were given the names of professional wrestlers to help engineers distinguish between them during the development process while also having a little fun in the process. 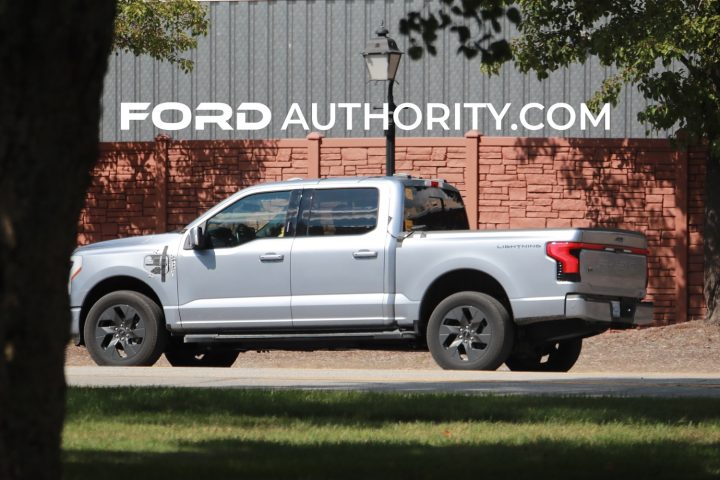 Some other F-150 Lighting prototypes recently spied with unique features including one with a sport bar accessory, a toolbox (which many thought was a portable generator at first), and most recently, a video recording system that could be testing future updates for Ford’s new Canopy vehicular security joint venture.