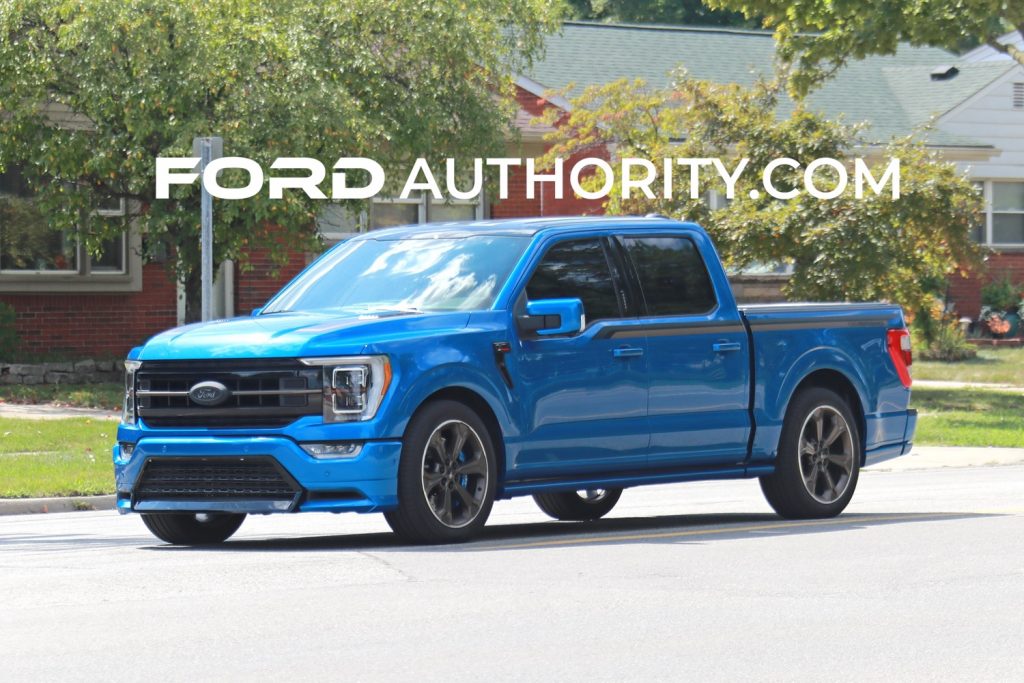 Ford brought a healthy lineup of concept parts and accessories to SEMA 2021. The 2022 Ford Street Performance F-150 was part of The Blue Oval’s display, showing off a supercharged build based on the Lariat Sport trim level that makes performance and style a priority. Now, Ford Authority snapped some photos of this stylish and aggressive pickup out in public. 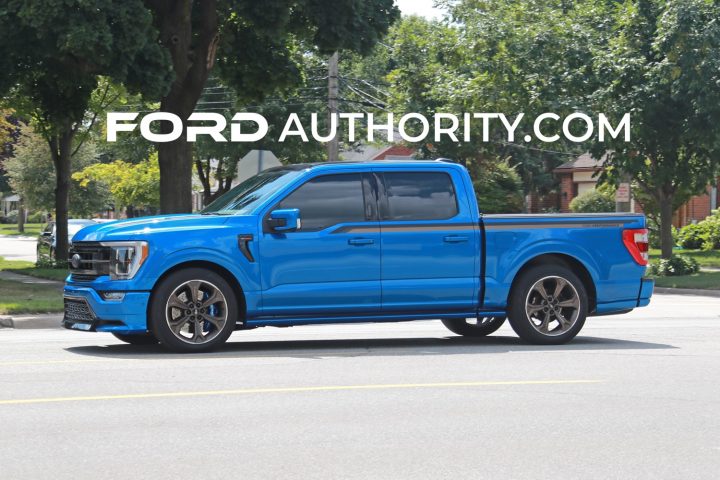 The most obvious difference between this high-performance pickup and the regular F-150 is the custom body kit, which features race-inspired styling and gives the F-150 a more upright stance. It also sports a set of custom decals that give it a sportier look. It has myriad Ford Performance exterior accents, including black vents, a Black Oval kit, and black lug nuts. It was also slammed using the Ford Performance Parts Lowering kit and rolls on a set of 20-inch concept wheels.

The 2022 Ford Street Performance F-150 isn’t just about looks, though – it includes several upgrades that make it useful, too. It has a pivot storage box for both the left and right sides, made by UnderCover, and a rugged Sportliner 5.5-inch bedliner by Bedrug. It also has a tonneau bed cover by UnderCover. Inside, it’s fitted with a set of SuperCrew All-Weather Floor Liners to protect the interior from anything Mother Nature can throw at it. 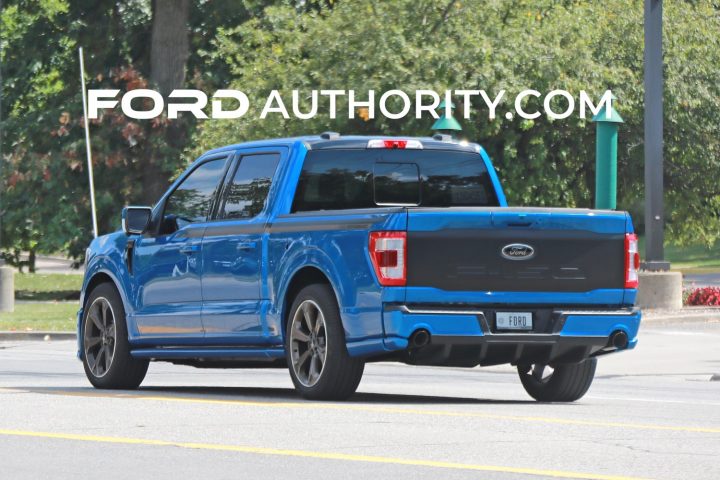 Under the skin, this F-150 harnesses Ford’s 5.0L Coyote V8 with an F-150 supercharger, good for a whopping 700 horsepower and 590 pound-feet of torque. The sound of that mean machine is piped through a Ford Performance Parts Extreme Exhaust. That power figure is impressive and nearly matches that of the 2023 Ford F-150 Raptor R, which also packs 700 horses under its hood, but boasts a higher output of 640 pound-feet of torque.

We’ll have more cool custom trucks to share soon, so be sure and subscribe to Ford Authority for the latest Ford F-Series news, Ford F-150 news, and continuous Ford news coverage.