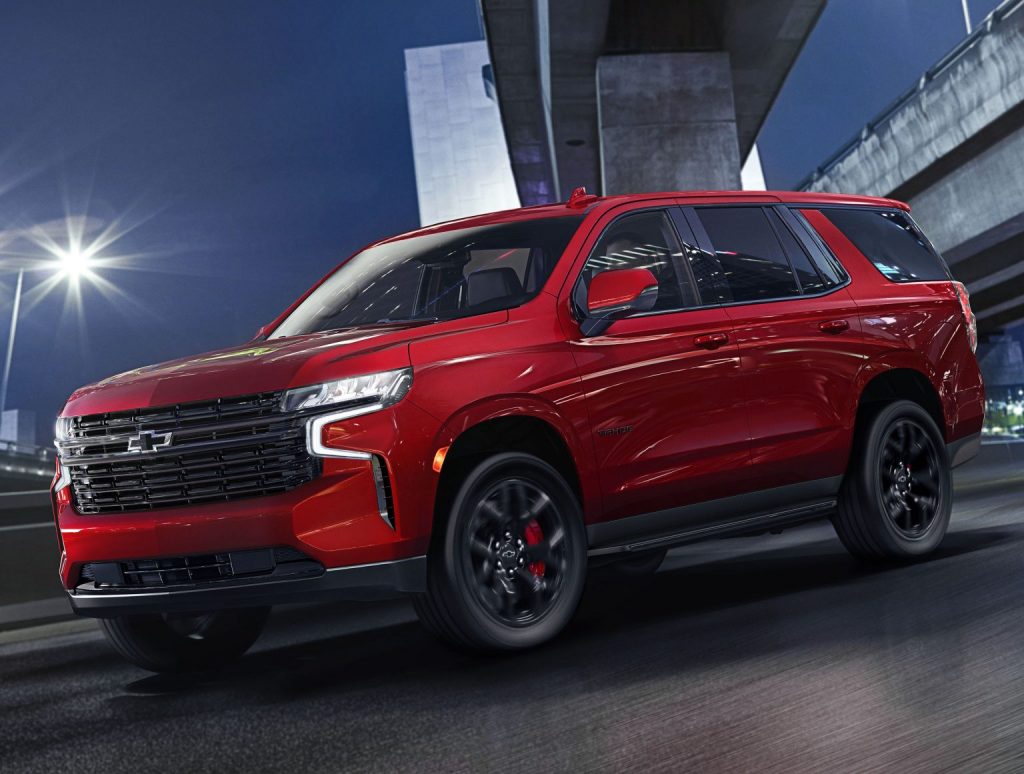 When the refreshed 2022 Ford Expedition debuted nearly a year ago, it did so with two brand new variants – the off-road focused Timberline, and the street performance-oriented Stealth Performance Package. Both models are powered by the high-output version of the twin-turbocharged Ford 3.5L V6 EcoBoost, which generates 440 horsepower and 510 pound-feet of torque – 85 more horsepower and 127 more pound-feet of torque than the Chevy Tahoe RST. However, the new 2023 Chevy Tahoe RST Performance Edition has just been revealed at the Detroit Auto Show, and it ups the ante a bit in that regard. 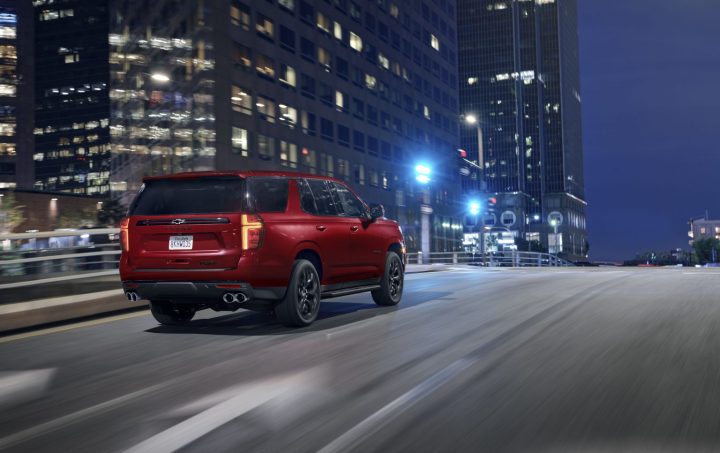 That extra bit of power helps out in the acceleration department as well, with 0-60 taking 5.78 seconds versus 5.95 for the regular RST, the quarter-mile coming in at 14.2 seconds at 97 miles-per-hour versus 14.4 seconds at 97 mph, and a top speed of 124 mph versus 112 mph. Both RST versions offer 7,600 pounds of max towing capacity, regardless.

Aside from more output, the 2023 Chevy Tahoe RST Performance Edition also adds Brembo brakes, which reduce stopping distance from 60 miles-per-hour to 133 feet, while black RST badges, standard sport pedals, and the Luxury Package are also included, which adds a host of amenities including a heated steering wheel, power tilt and telescoping steering column, power-adjustable mirrors, and a full suite of driver-assist features such as Rear Cross Traffic Alert and HD Surround Vision. The package retails for $8,525, with production kicking off at GM’s Arlington plant in the fourth quarter of 2022.