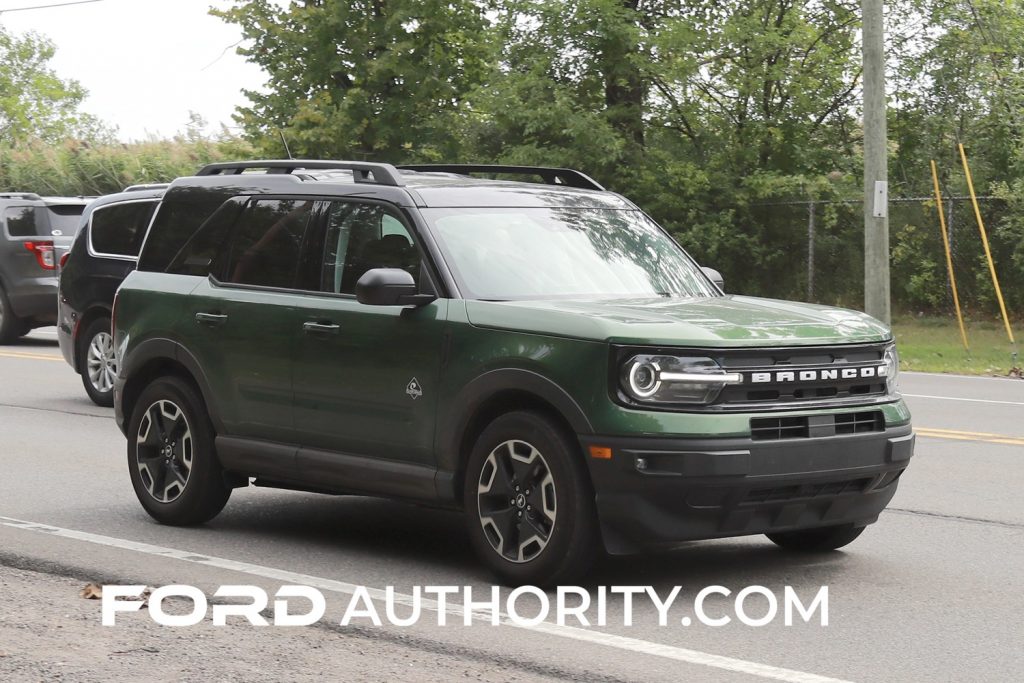 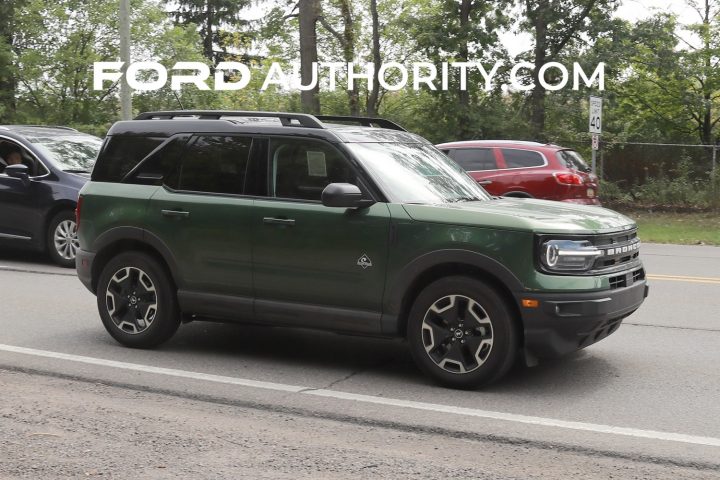 Note that this particular Bronco Sport is an Outer Banks model, which also gained some unique new features for the 2023 model year. This model features new standard memory features, such as driver’s seat memory and side view mirrors, meaning that the vehicle will “remember” how each driver likes their seat and mirror set based on which key fob is detected. 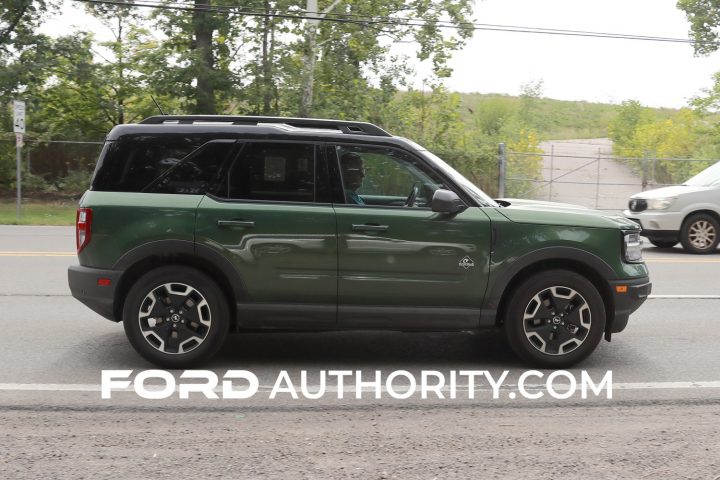 Beyond the aforementioned changes, the Bronco lineup has been augmented with variants such as the Heritage Edition models. These vehicles take retro styling cues from Broncos of the past, sporting three two-tone paint options that will be paired with Oxford White accents, a throwback to the SUV’s debut 1966 model year.

That two-tone paint scheme may not be limited to just the Bronco Heritage Edition models, as recent spy shots suggest that the 2023 Ford Bronco Sport could also gain a white roof. Additionally, the Bronco Sport lineup will gain the the Black Diamond Off-Road Package, which is optional on Big Bend and Outer Banks trimmed models and includes underbody protection, a special graphics package, and 17-inch Carbonized Gray-painted low gloss aluminum wheels.

We’ll have more on the 2023 Ford Bronco Sport soon, so be sure and subscribe to Ford Authority for more Bronco Sport news and continuous Ford news coverage.