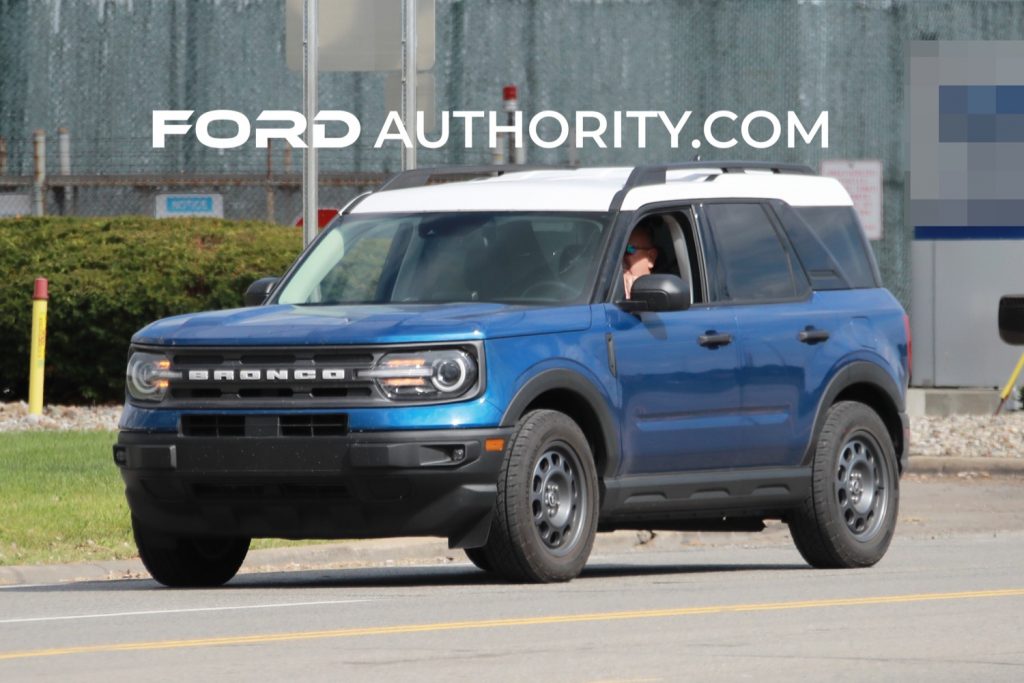 Entering its third model year, the 2023 Ford Bronco Sport is gaining a few changes – most notably, the addition of the all-new, retro-inspired Heritage Edition. That particular model features a host of Oxford White accents, including its wheels, front grille, and roof. However, it seems as if the non-Heritage 2023 Ford Bronco Sport may also gain a white-painted roof option, as we can see from this particular example recently spotted by Ford Authority spies. 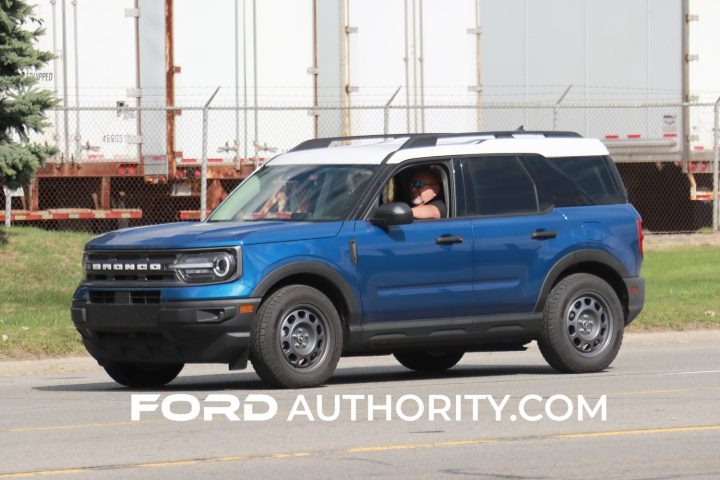 Finished in Atlas Blue – a new color for the 2023 model year – this Bronco Sport Big Bend model is not a Heritage Edition, but it still sports a white roof, regardless. It’s also fitted with the new Black Diamond Off-Road Package, which is not available with either the Heritage Edition or the Heritage Limited. Other tell tale signs include the Carbonized Gray wheels and the front grille, which is neither white nor does it sport the Race Red “Bronco” lettering present on the Heritage crossovers. 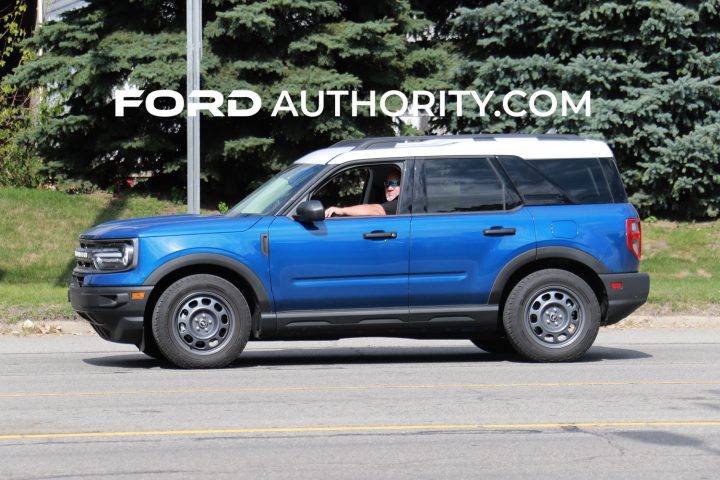 In addition to the launch of the Heritage and Heritage Limited, the 2023 Ford Bronco Sport is gaining a few additional changes for the new model year. That includes the addition of the aforementioned Black Diamond Off-Road Package, which is optional on Big Bend and Outer Banks trimmed models, must be paired with the Class II Trailer Tow Package, and includes underbody protection, a special graphics package, and 17-inch Carbonized Gray-painted low gloss aluminum wheels. 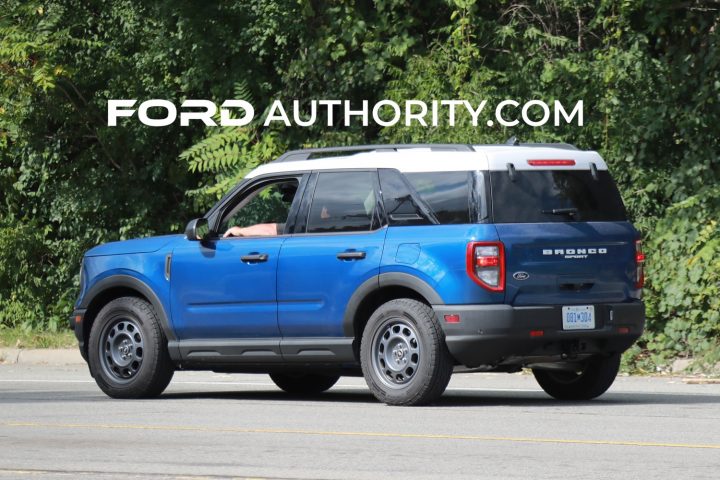 While it is adding Atlas Blue, the 2023 Bronco Sport is also ditching two colors – Bronze Smoke Metallic and Velocity Blue Metallic – as well as the rear-view camera washer. Finally, the rugged crossover is gaining two new graphics packages – as Ford Authority exclusively reported last month – as well as a standard memory driver’s seat and side view mirrors for the Outer Banks and Badlands models equipped with the Premium Package.

We’ll have more on the 2023 Ford Bronco Sport soon, so be sure and subscribe to Ford Authority for more Bronco Sport news and continuous Ford news coverage. 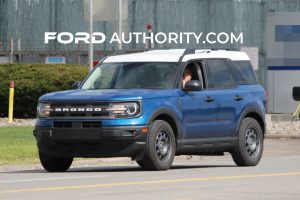 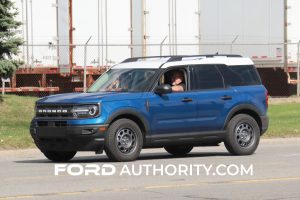 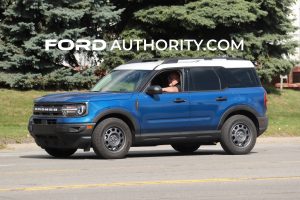 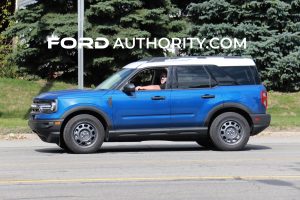 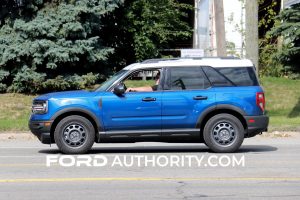 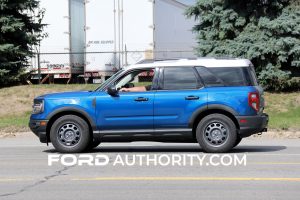 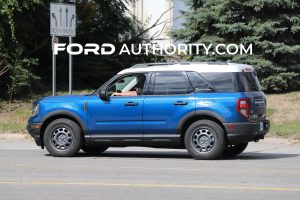 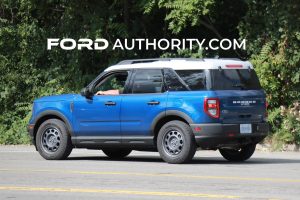 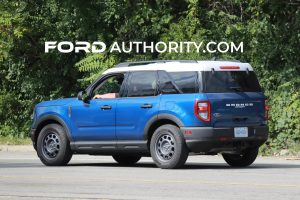