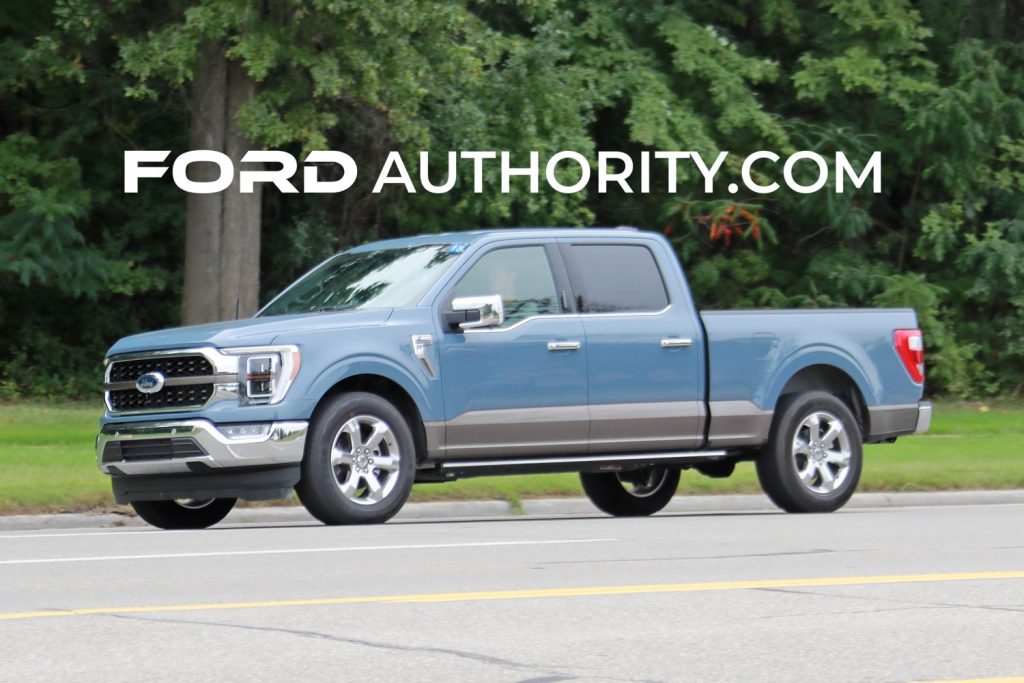 Order banks for the highly coveted 2023 Ford F-150 opened up back on July 18th, 2022, giving customers the chance to get their hands on the latest version of the iconic pickup. The 2023 model year did not bring major changes to the Ford F-150, but it did lose two color options. Both Smoke Quartz Metallic  and Space White Metallic were dropped from the lineup, making way for a new color: Azure Gray. This color, which is also offered on the 2023 Ford F-150 Raptor R, gives the pickup a cool new hue. Recently, Ford Authority spotted an F-150 King Ranch wearing the color out in the wild. 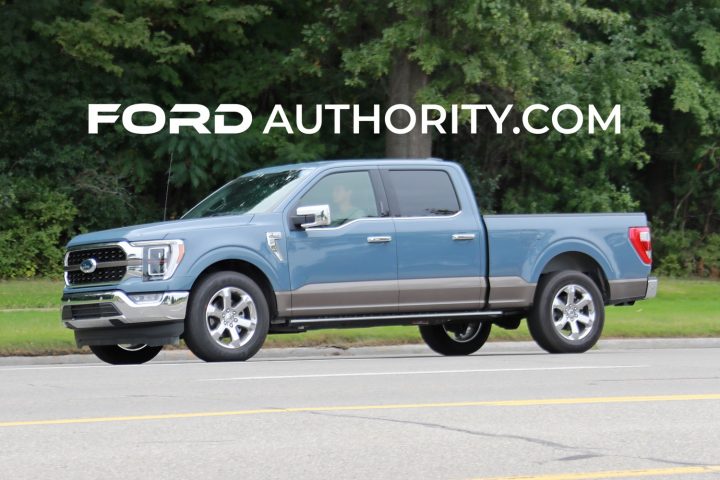 This particular pickup is a 2023 Ford F-150 King Ranch, meaning that it has a handful of exclusive options that set it apart from its Lariat counterpart. Notably, the front of the vehicle sports a Stone Gray grille with Stone Gray accents, adding a bit of glare to its cool exterior. It also has flashy chrome tow hooks, LED fog lamps and cornering lamps, and bright LED reflector headlights. 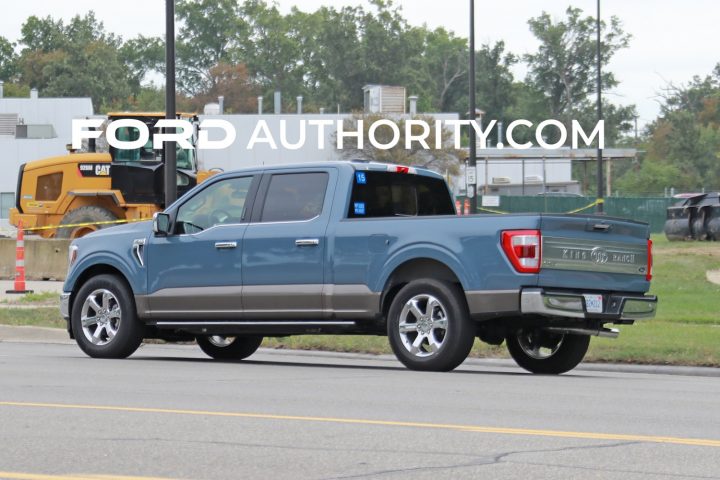 Moving around to the side of the pickup, this Ford F-150 King Ranch is outfitted with chrome door handles. The chrome theme is carried through to the mirror caps, but unlike Lariat models,  King Ranch pickups roll on 20-inch machined aluminum wheels. It also has Stone Gray angular step bars for a classy look. The rear of this pickup has a single-tip chrome exhaust, and a handy remote tailgate release, along with tailgate LED lighting. 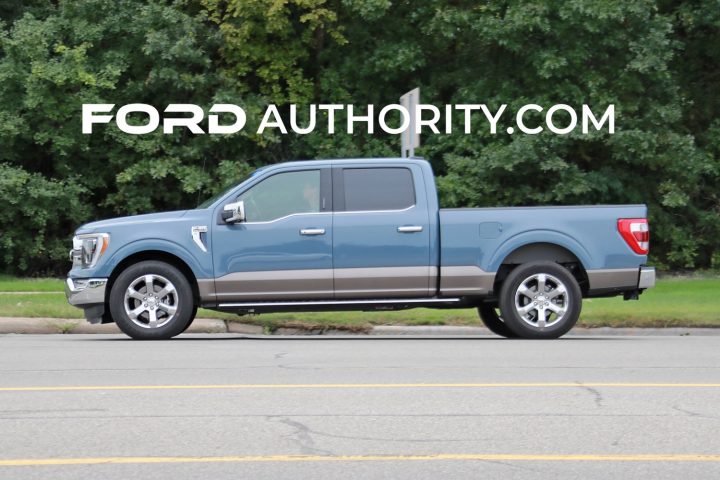 Along with Azure Gray, the 2023 model year brings the all-new Ford F-150 Rattler, which is an entry-level off-road pickup. The 2023 Ford F-150 Heritage Edition was also revealed, giving the iconic pickup a two-tone paint scheme reminiscent of its roots. Additionally, on the other end of the spectrum, the veil was pulled off the Ford F-150 Raptor R, which gives the pickup an overkill supercharged engine geared toward maximum performance.

We’ll have more on the Ford F-150 soon, so subscribe to Ford Authority for the latest Ford F-150 news, and continuous Ford news coverage.