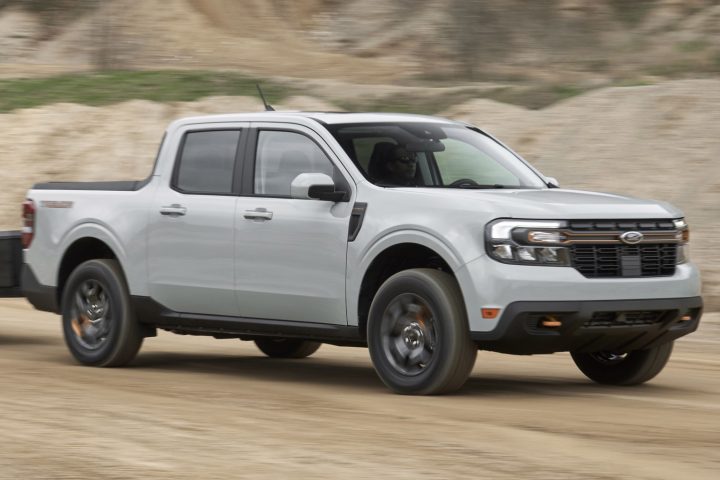 No further information is available on the 2023 Ford Maverick Black Appearance Package at this time, and the automaker hasn’t provided any photos of it, either. However, judging by the equipment included in similar packages on other Ford models, we can likely expect things like black wheels, badging, bumpers, grilles, mirror caps, bodyside decals, headlamp bezels, tinted taillights, exhaust tips, and various other darkened elements.

Meanwhile, the 2023 Ford Maverick will introduce a few additional changes to the compact pickup in its second year of production. Most notably, that includes the new Tremor Off-Road Package, which builds upon the existing FX4 Off-Road Package by adding a unique all-wheel drive system that utilizes a twin-clutch rear-drive unit with a differential lock feature, specially-tuned springs and shocks, upgraded half shafts, a heavy-duty transmission cooler, steel skid plates, unique dark gray anodized 17-inch aluminum wheels, standard all-terrain tires, and various Tremor Orange accents accents inside and out.

2023 Ford Maverick order banks opened up today following a bit of a delay, which caused the compact pickup to be dropped from FoMoCo’s rate lock incentive plan. Production of the compact pickup was also pushed back several weeks as a result, and is currently scheduled to begin at the Hermosillo Assembly plant in Mexico on November 14th, 2022.